ALL THE FACES OF HUMAN BEINGS 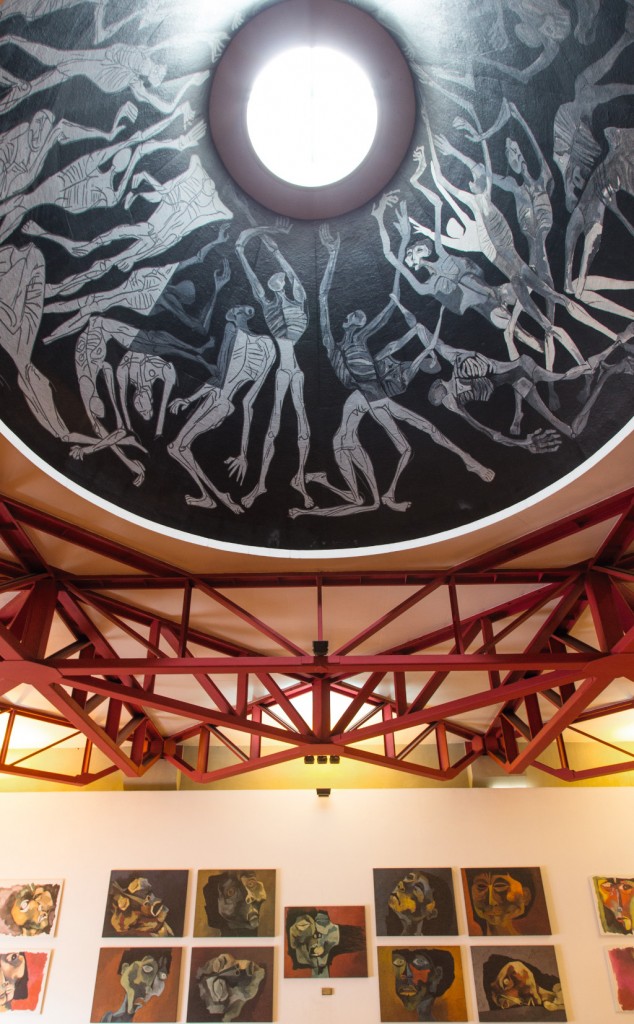 A cultural center inspired by an Inca temple can be found in the top section of the Bellavista neighborhood in Quito. It`s the Capilla del Hombre (The Chapel of Man) that houses the life`s work of painter Oswaldo Guayasamin. This great Ecuadorean master wanted to do homage to human beings in all their facets and emotions. Unfortunately, Guayasamin did not live to enjoy its inauguration in 2002.

The Chapel can be appreciated from the main entrance to the compound of the Guayasamin Foundation, surrounded by a magnificent view of Quito and its mountains. The windowless façade of exposed brick measures 90 square feet, with a single entrance and two levels. The building covers an area of approximately twelve thousand square feet.

Guayasamin`s living presence can be felt inside the museum. The visual and emotional impact of his paintings is overwhelming. Nevertheless, in order to understand his work, it`s important to visit the residence museum, the house where he lived during the last twenty years of his life. All his personal stuff is still there, untouched. The layout is unchanged. And, in the studio, the master can be easily imagined, hard at work on his paintings. 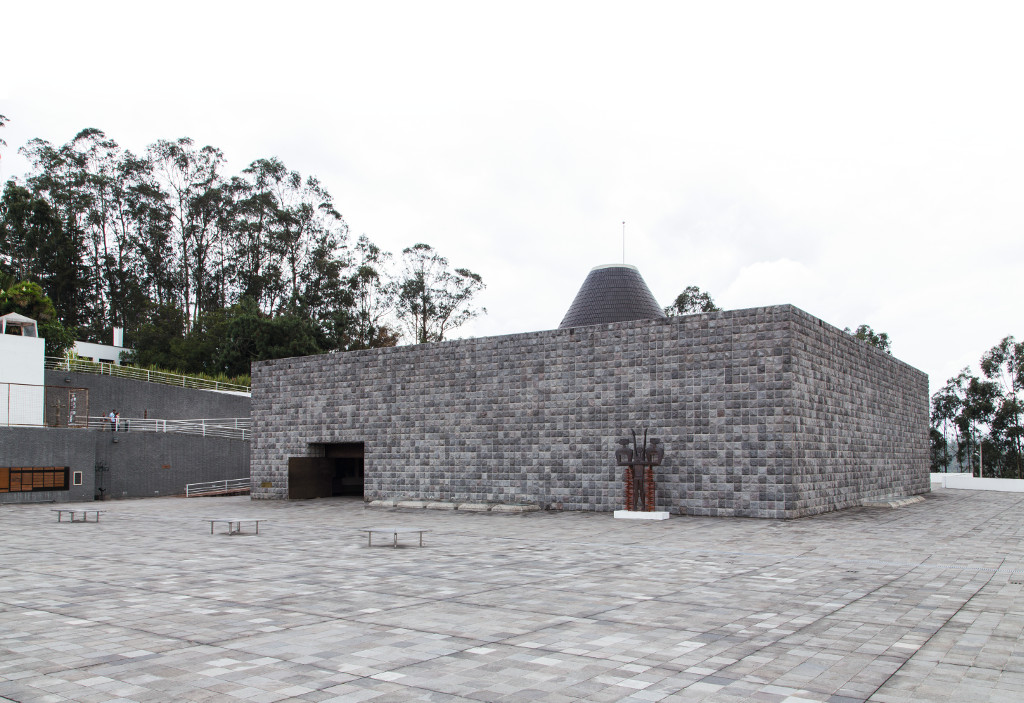 In the middle of the Chapel is the Eternal Flame for Human Rights and Peace, which was lit during the inaugural ceremonies on November 29, 2002. The flame was an initiative of UNESCO, the United Nation`s organization for scientific and cultural affairs, but it also hankers back to a well-known statement from Guayasamin: “Keep this light on, because I shall certainly come back.”

The interior of the Chapel is defined by a copper dome that is illuminated at night and highlights the evening shadows. The tour begins on the ground floor of the Chapel with a video of Guayasamin on the subject of grandeur and suffering of human beings, on history and ancestry, and on how to live the present and hope for the future. The other floor, in fact underground, is covered in flagstones, an allusion to the pre-Hispanic era. The original sketches for the “Faces of America” collection are there, the ones done in charcoal as well as those in watercolors. 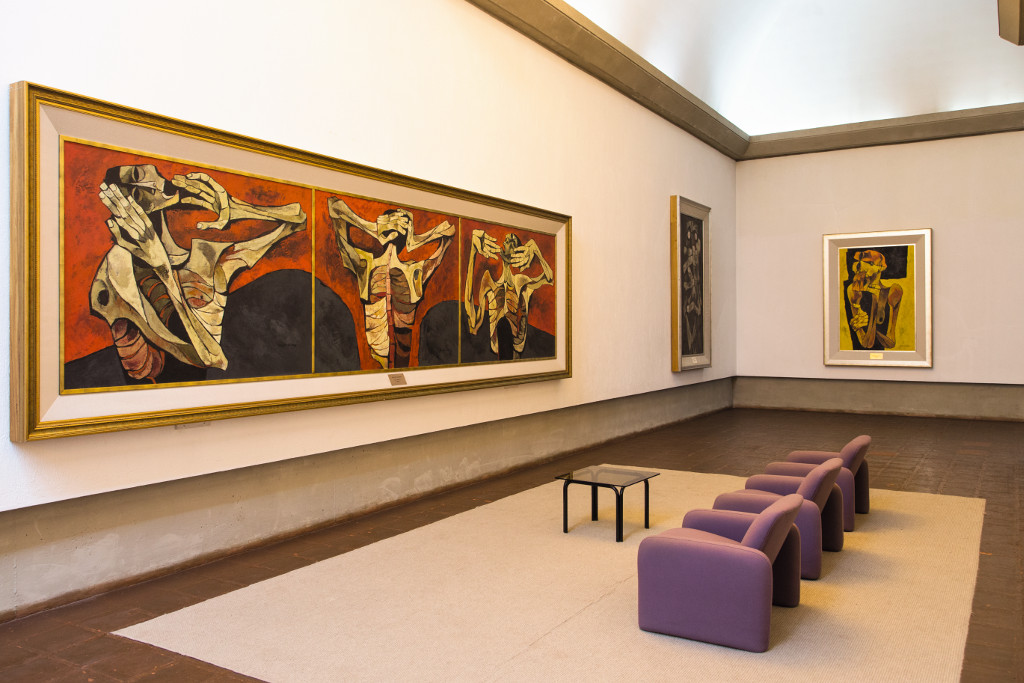 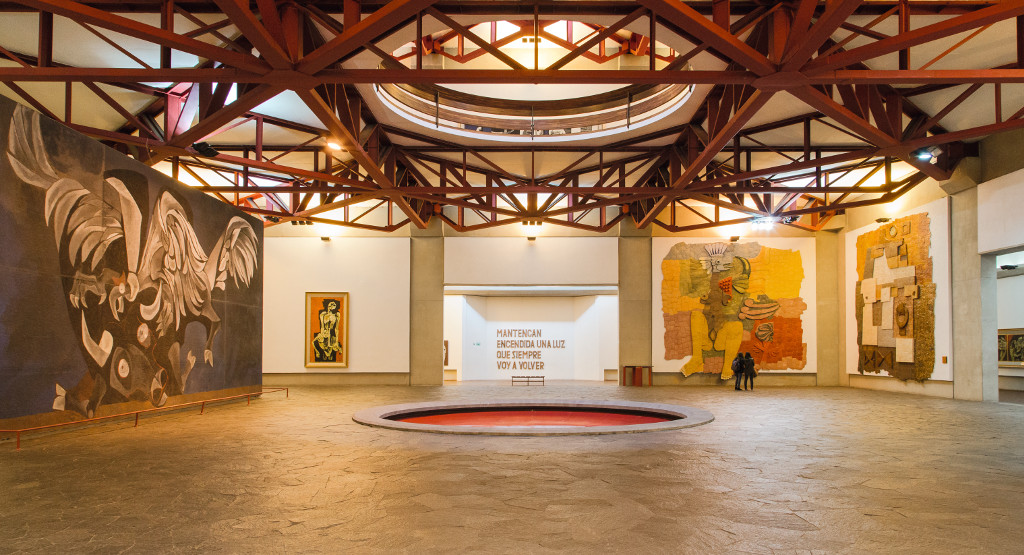 One of the works exhibited in the Chapel is titled “Potosí, en Busca de Luz y Libertad” (Potosì, in search of Light and Liberty). This painting evokes a city in Bolivia, a major silver mining area. Guayasamin drew hundreds of sketches and finally painted them in twelve panels, with historical scenes starting at the Spanish conquest, on to the colonial period and finally modern times. This huge painting is unfinished, as is evident in a number of empty faces. Yet, there is no doubt as to the message. It portrays the life of the miners, their wives and children, some of whom allegedly never saw the light of day as they were kept in captivity from birth to death, inside the sprawling mines. 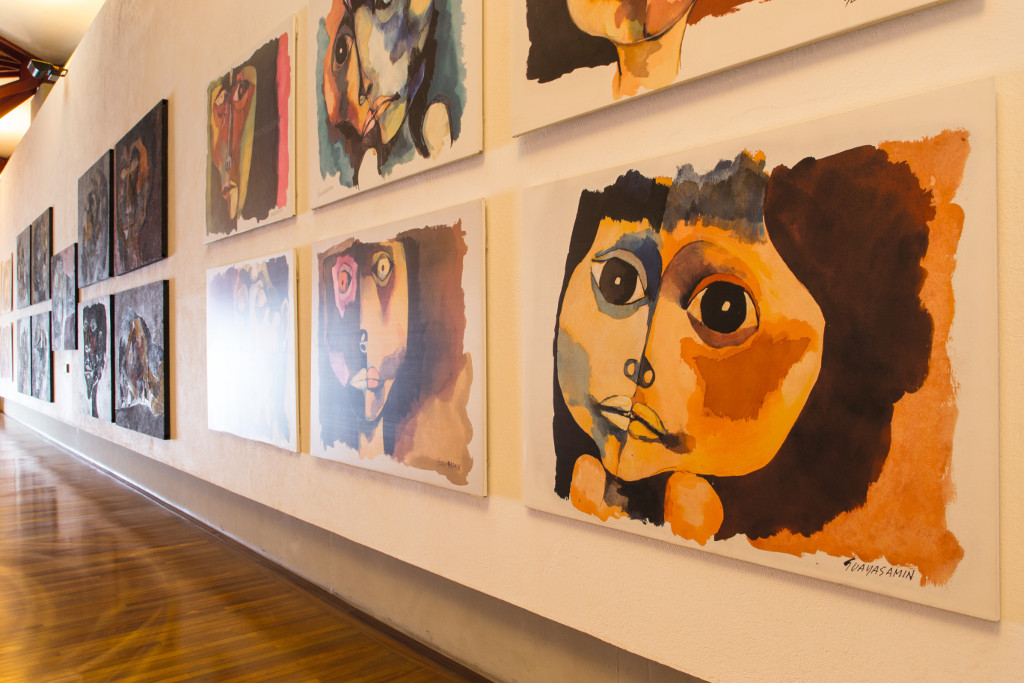 Another forceful painting is titled “Arrasamiento” (The Devastation). This is a triptych with female faces expressing fear, protest and hope, an allusion to the people who died in Hanoi due to aerial bombardment during the Vietnam War. “Rostros de Amèrica” (Faces of America) is a collection of twenty paintings that manifest fear, pain, anguish or hope, done in acrylic on marble powder. Following the same line of human suffering, “Los Mutilados” (The Maimed) pictures people who lost limbs in wars, with particular mention given to the Spanish civil war. This work is composed of six panels that can be moved and recombined without changing the underlying message. 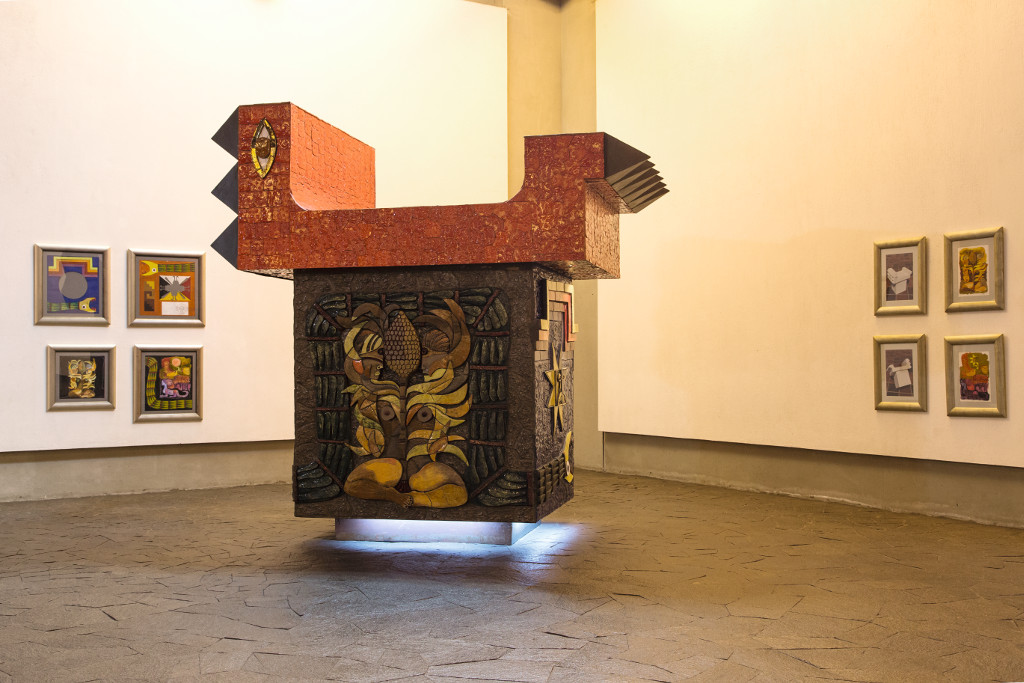 A visitor cannot leave the Chapel without looking at “La Familia” (The Family), where the Mother is the central axis, placed in the middle of the canvas. The Father is in the background looking elsewhere and, to one side, the children wrapped in a red blanket. Guayasamin felt that mothers in general, and his in particular, played a very important role in the development of his art because he believed that the mother is the key figure in human society. 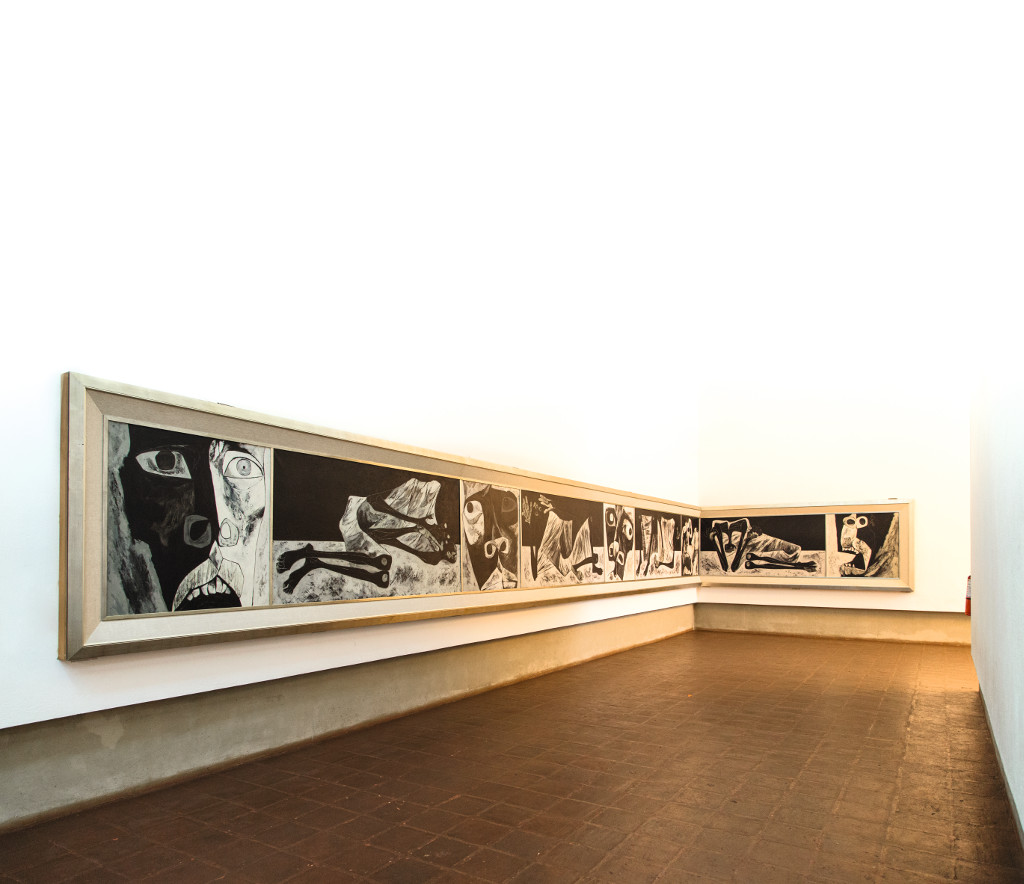