Anyone who chooses to do some quality tourism in Quito cannot leave without trying and enjoying its magnifiscent national cuisine. And there is no better place to do so but in La Choza. La Choza is a gastronomical reference in Quito.

Its menu carries the most exquisite version of traditional cuisine. Ceviches, national soups, typical dishes and the old-time desserts are only a few of its components. In fact, La Choza opened its doors almost 49 years ago as a family business. Its starting point were the traditional recipes of Marta de Pallares, grandmother to the current owners who have managed to maintain the tradition and rescue the national cuisine of the past. The menu gathers our national gastronomy, specially from Quito, without forgetting the classics of Ecuadorian food.

If you are first-timer, we reccommend as a starter the “Mini Choza”, a dish composed of morocho, yucca and green plantain mini turnovers, and three different varieties of ceviche: shrimp, hearts of palm and fish. You can then order the renown cheese “locro” (a type of potato soup) with avocado; no doubt La Choza’s recipe is one of the most faithful and traditional. If hunger is pressing we suggest “seco de chivo” as main course. But don’t forget to leave some space for a figs and cheese dessert, which is the all time favorite of Quitenians. 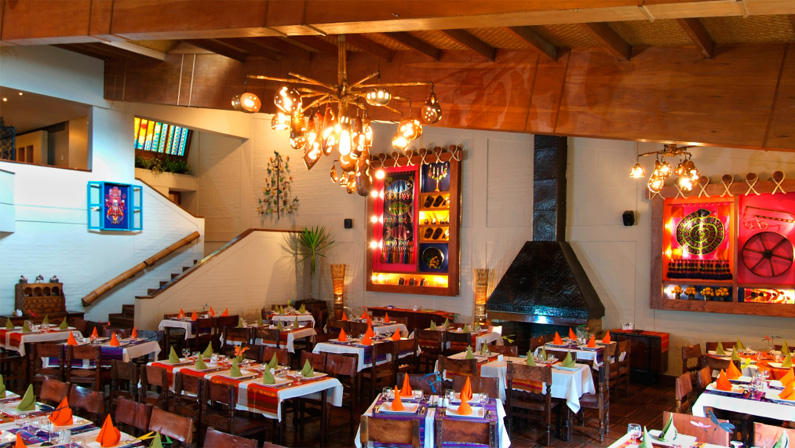