With a Mediterranean taste

Entertainment Wednesday, Thursday and Friday nights you can enjoy live music. There will be nights with a Spanish feel, and others in which you can remember the traditional Greek tradition with its picturesque plate breaking. 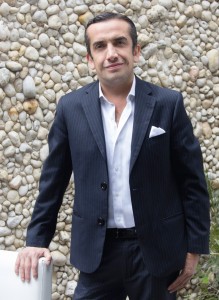 The culinary experience of Sophia is renewed. Its exquisite and varied Greek gastronomy is now complemented with new Mediterranean flavors, which invite us to live a spectacular adventure. The new menu includes famous Spanish dishes such as tortilla, catalan calamari, a variety of mushrooms fried with garlic and bacon on the side, chistorras and butifarras (Spanish sausages), suckling pig and paella, to mention just a few delicacies. All this without forgetting the already traditional Sophia dishes which include humus with pita bread, Greek salad, grilled squid or roasted milk lamb. Four years have passed since Sophia opened its doors, during which time it consolidated its Greek personality. Hand in hand with its former proprietor Nicholas Ntovas, nights are characteristic for breaking plates and dancing on top of the bar. Diners enjoyed immersing in such an impressive culture. Nevertheless, Nicholas felt the need of stepping aside and fostering the new-era Sophia. Thus the proposal of the restaurant took a not so radical turn; it is more of a breeze of fresh air. Ricardo Salvador, its new owner, has a vision that holds not only on its Mediterranean and international cuisine, but also on the strong personality of the place where it is located.

Smoking area Sophia offers a closed living room, isolated and with access to a small terrace where people can eat and smoke without disturbing other customers.

It is a welcoming house, hidden, plagued with plants and trees. Some sort of refuge from the noise and grind of the city, although set right in its heart. It is in the Bosmediano area, a few blocks away from the Tribunal Supremo Electoral, in a residential and commercial neighborhood. The inconvenient lack of parking space has been solved with a valet-service for its customers. The house is built in stone and wood. White walls, little artificial lighting and very ample spaces. Terraces, gardens with flowing water and fish. The fireplace invades the main room without saturating it, only evoking that warm homey feeling. And it is precisely what Ricardo was looking for: offering a family ambiance that invites you to stay, to come back, to experience it all again. “There are very few places in Quito where you can have an extended lunch, or an after-office at six o’clock”, says the owner. Sophia is, undoubtedly, the best option. Another need Ricardo sought to satisfy was that of smokers. “I don´t smoke, but I see smokers walk out on the street to light a cigarette”. For them he designed a unique and exclusive area: a closed living room, isolated and with access to a small terrace where they can eat and smoke without disturbing other customers. Those who like cigars may choose from an exclusive variety. Furthermore, cocktails such as the house Pisco and Long Island invite you to an enchanting evening. 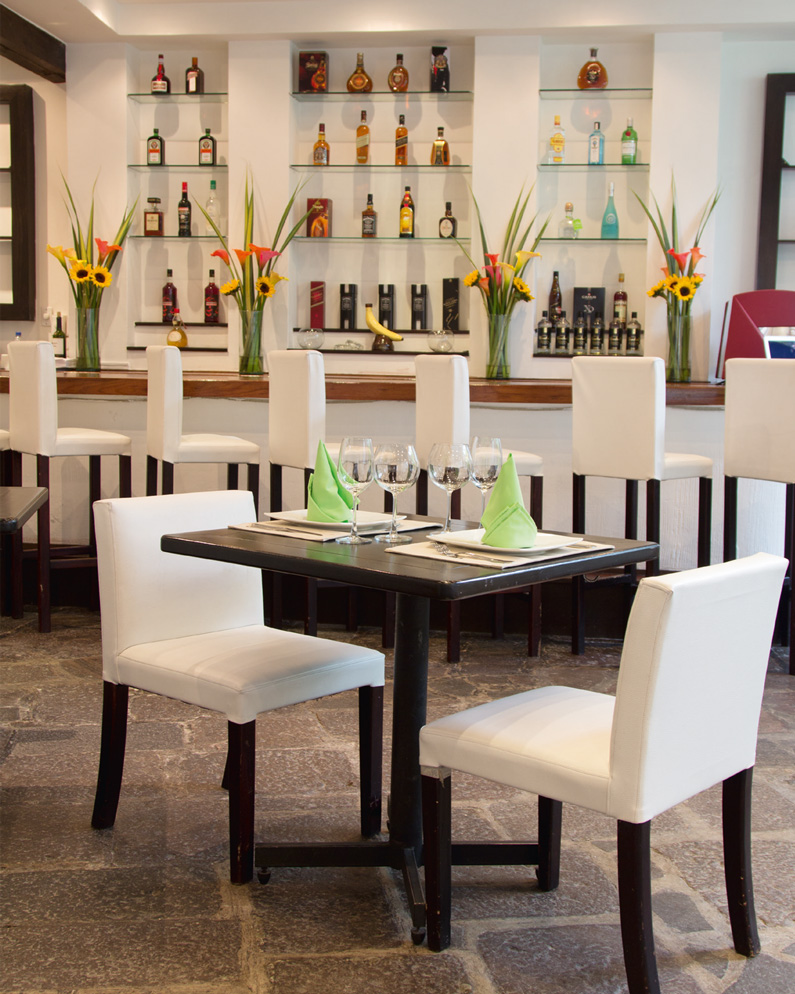 Entertainment also has its space; Wednesday, Thursday and Friday night you can enjoy live music. There will be nights with a Spanish feel, and others in which you can remember the traditional Greek night with its picturesque plate breaking. But I must not forget to mention the deserts menu, all of them created and elaborated in-house. The wet chocolate cake and the manjar milhojas (pastry filled with milk sweet cream) definitely take all the accolades. But ice cream lovers can allow themselves to be taken to the extreme as well, with exotic flavors like pistachio, coffee, chocolate, ginger, lemon grass and French vanilla.