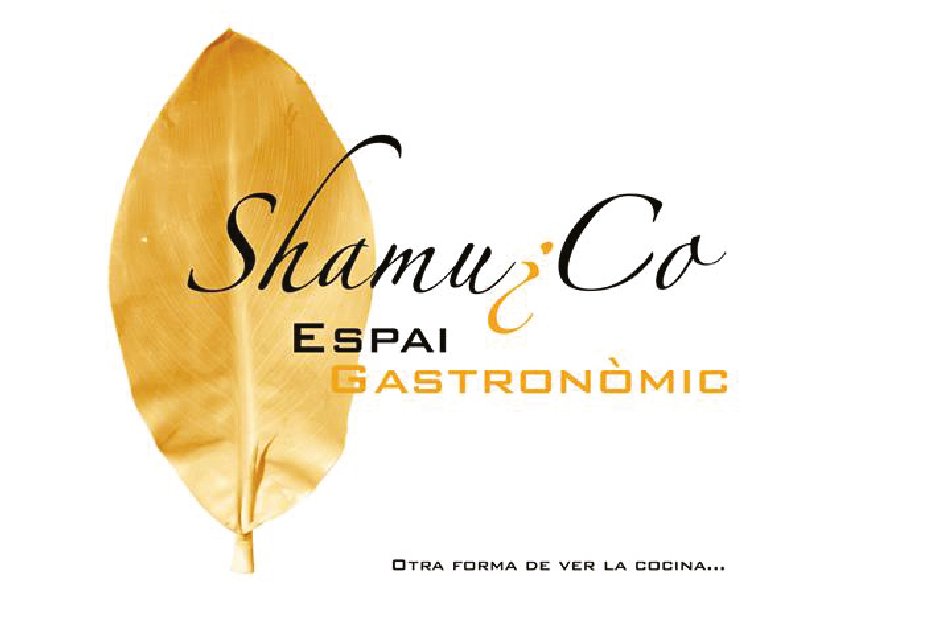 Paris, Lima, Madrid, Sicily, New York and Saraguro! Yes, if we talk about gourmet destinations, after ShamuiCo Espai Gastronomic culinary experience, I must include Saraguro, in southern Ecuador. Michelin stars and world recognitions shine behind this great story of flavor and tradition. 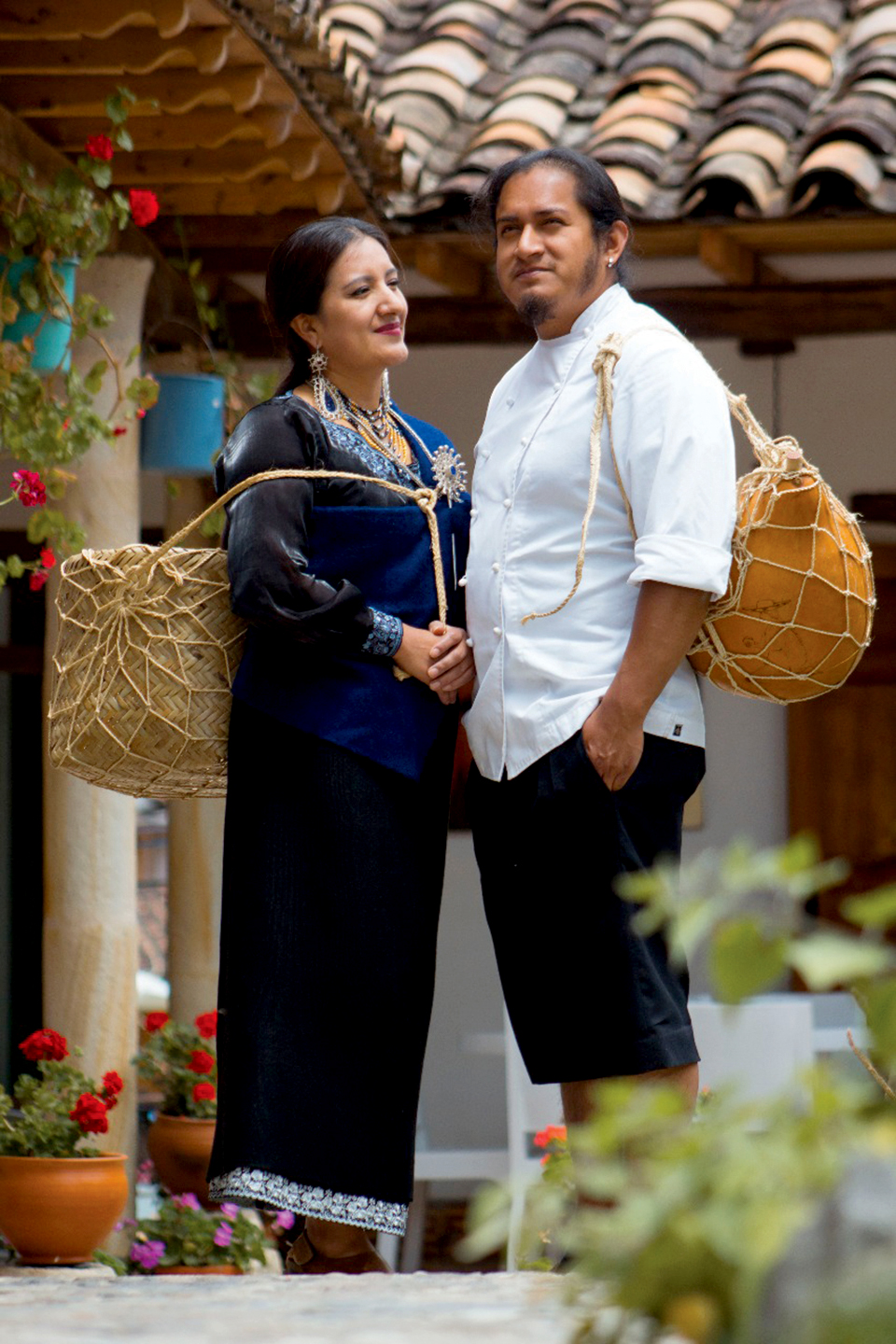 Each product and its flavors deserve my respect, the exquisite texture combination and an impeccable presentation made my palate delight with each plate. 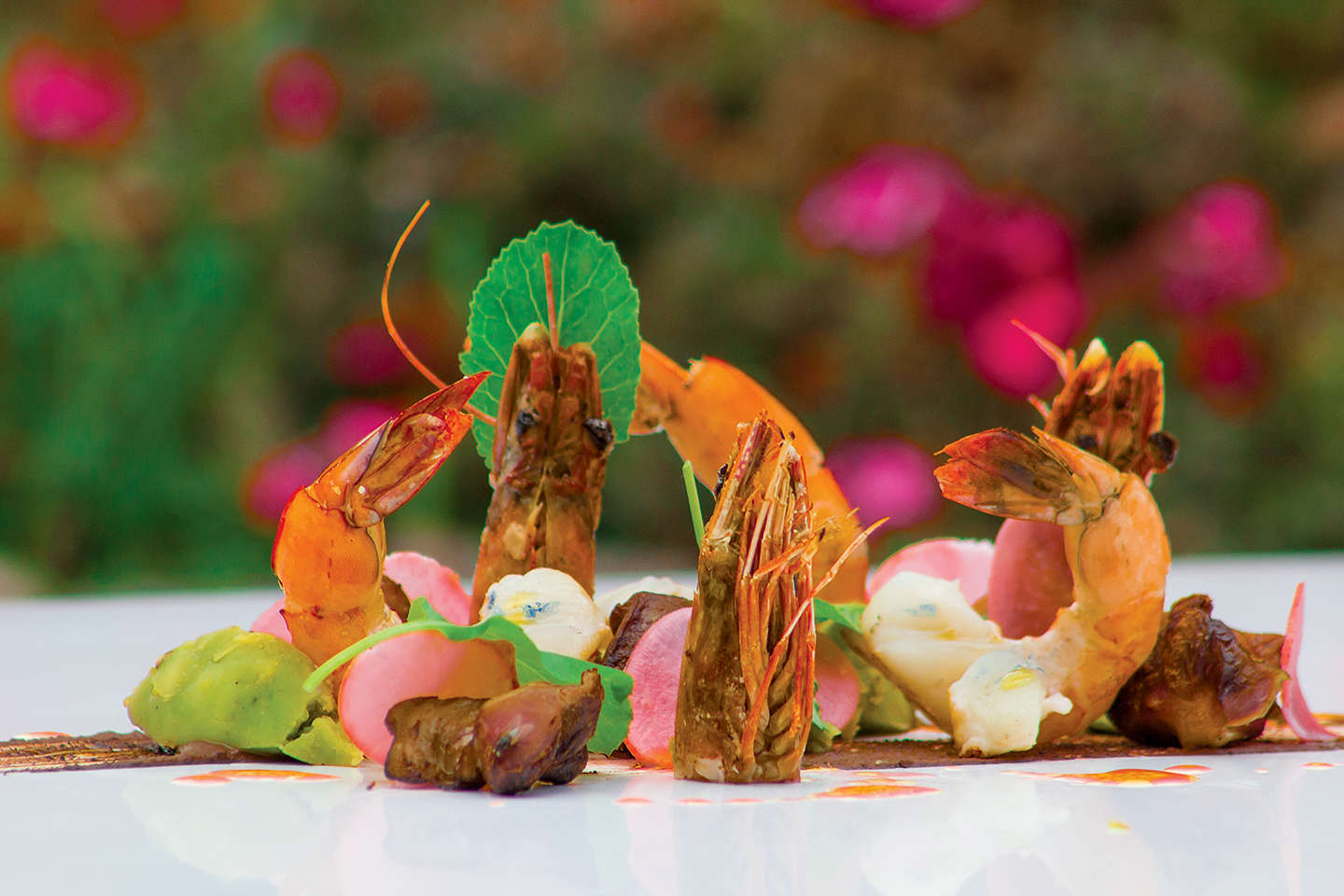 All this sensory experience triggered a series of questions about who is behind this innovative and original culinary proposal. It was then that I went into the ShamuiCo kitchen in search for answers, and found a story as tasty and interesting as its food. Among steaming pots and pans, unable to distinguish if he was a magician or a chef, I found Samuel Ortega. 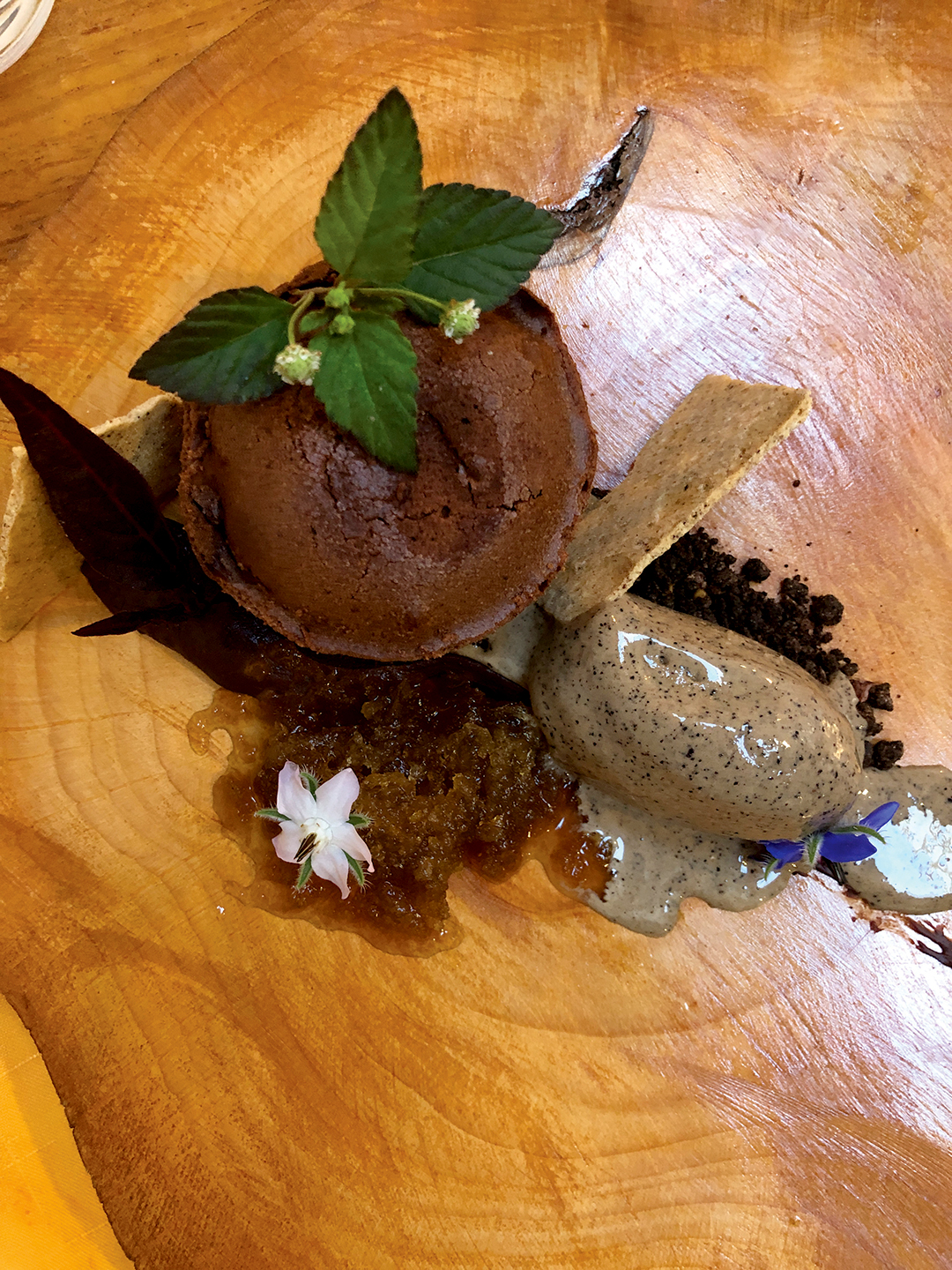 ShamuiCo: It all started with a dream

“The roads in life take you to different destinations, and they took me to the kitchen. Flavors attracted me since childhood; smells aroused in me inexplicable sensations. I grew up watching my mother and my sisters work in fields, harvesting vegetables… I had to work when I was young, started as a waiter, but quickly realized that my place was in the kitchen, so I combined my high school studies with temporary cooking assistant jobs, at that time I was 16 years old.” This is how Samuel Ortega begins his story, a great entrepreneur, extremely creative, hardworking and proud “runa Saraguro”.

Currently, Samuel is ShamuiCo owner and chef. He works with his family and several collaborators towards a common dream: rescue and revaluation of products, aromas and traditional flavors of his native Saraguro. “My four brothers and I have a passion for well done jobs, education is our engine; and as guidelines we carry values such as curiosity, perseverance and quality that Taita Samuel Ortega and Mama Purita Cartuchi cultivated, and encouraged us to fly far in search of our dreams.” 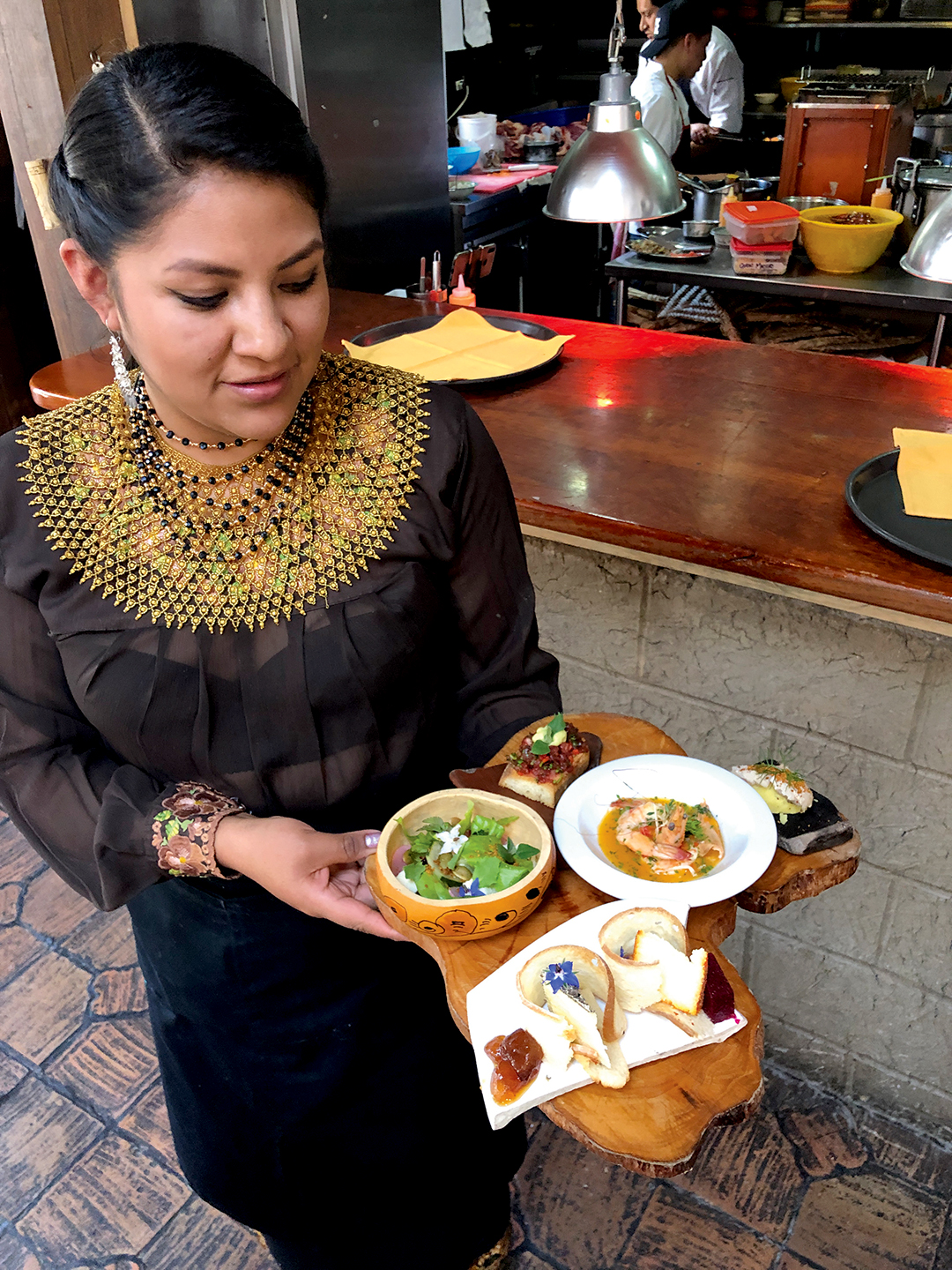 Searching for better education and opportunities, his father immigrated to Catalonia, Spain; in the 90´s. Soon his mother followed him; and finally, his brothers and sisters. All were educated to be professionals: a doctor, an architect, a pediatrician, an administrator, a graphic designer; and Shamuco, as he was fondly called, studied cooking for two years in Gerona. 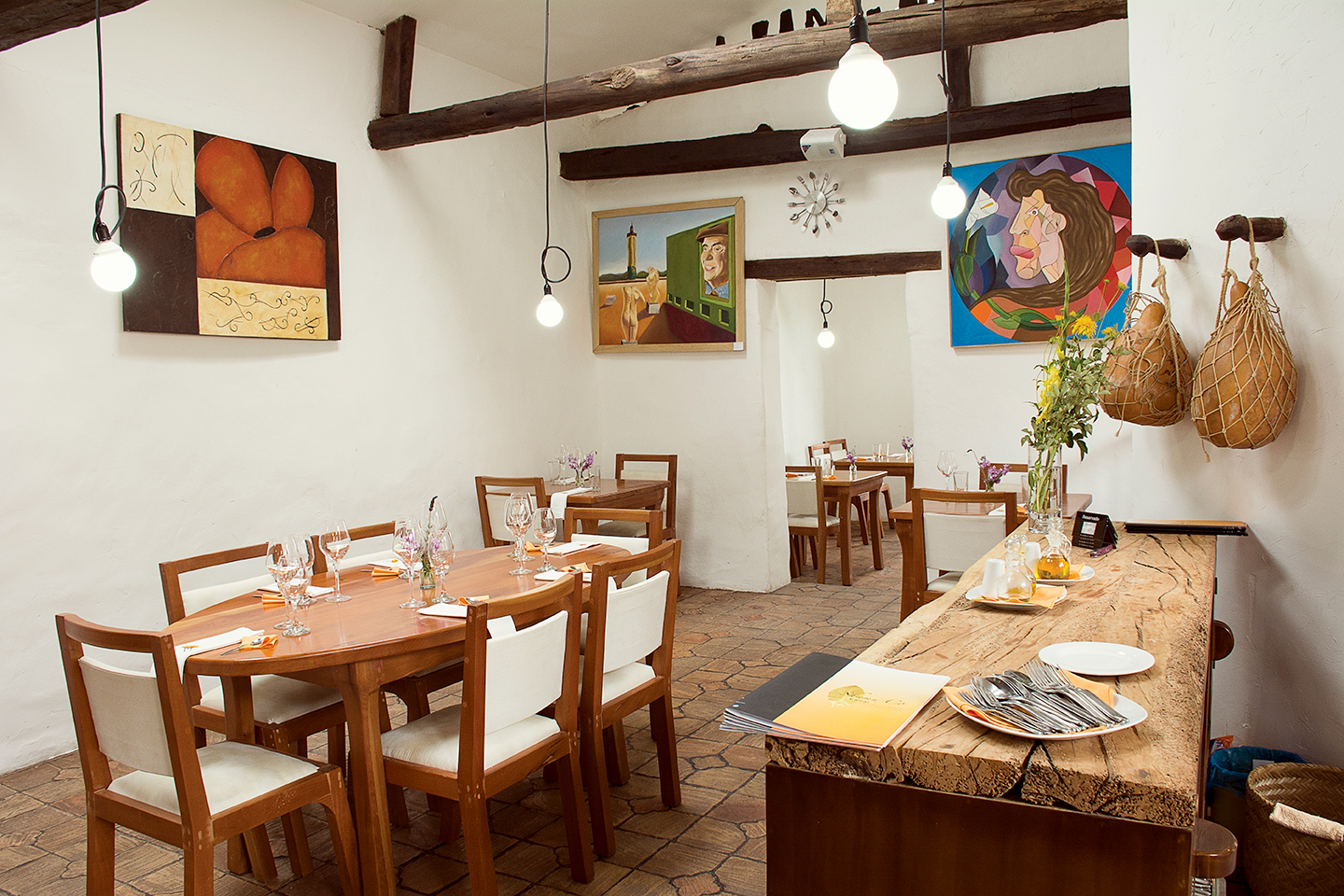 His culinary skills and dedication led him to carry out his practices in a near by restaurant, which unknowingly for him, was nothing more and nothing less than the Three Michelin Stars El Celler de Can Roca. 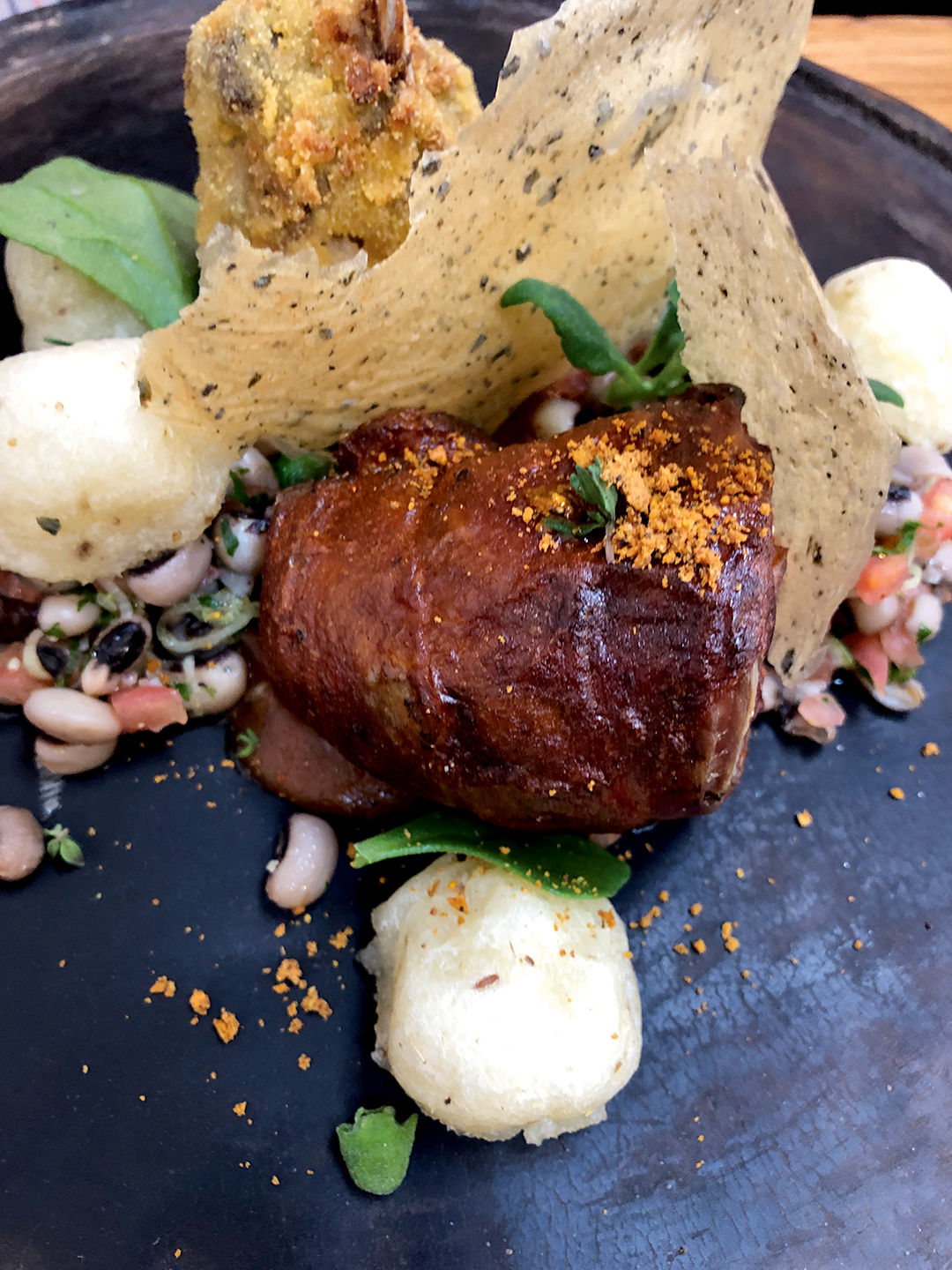 His performance and contribution were fantastic, and once he graduated with honors he was given the opportunity to work for a while in El Bulli, the experimental food icon restaurant, with one of the best chefs in the world, Ferran Adrià. His Europe work experience taught him the value of time, responsibility, and the need to innovate every day. “That’s where I learned the meaning of values such as creativity and perseverance.” He concludes. 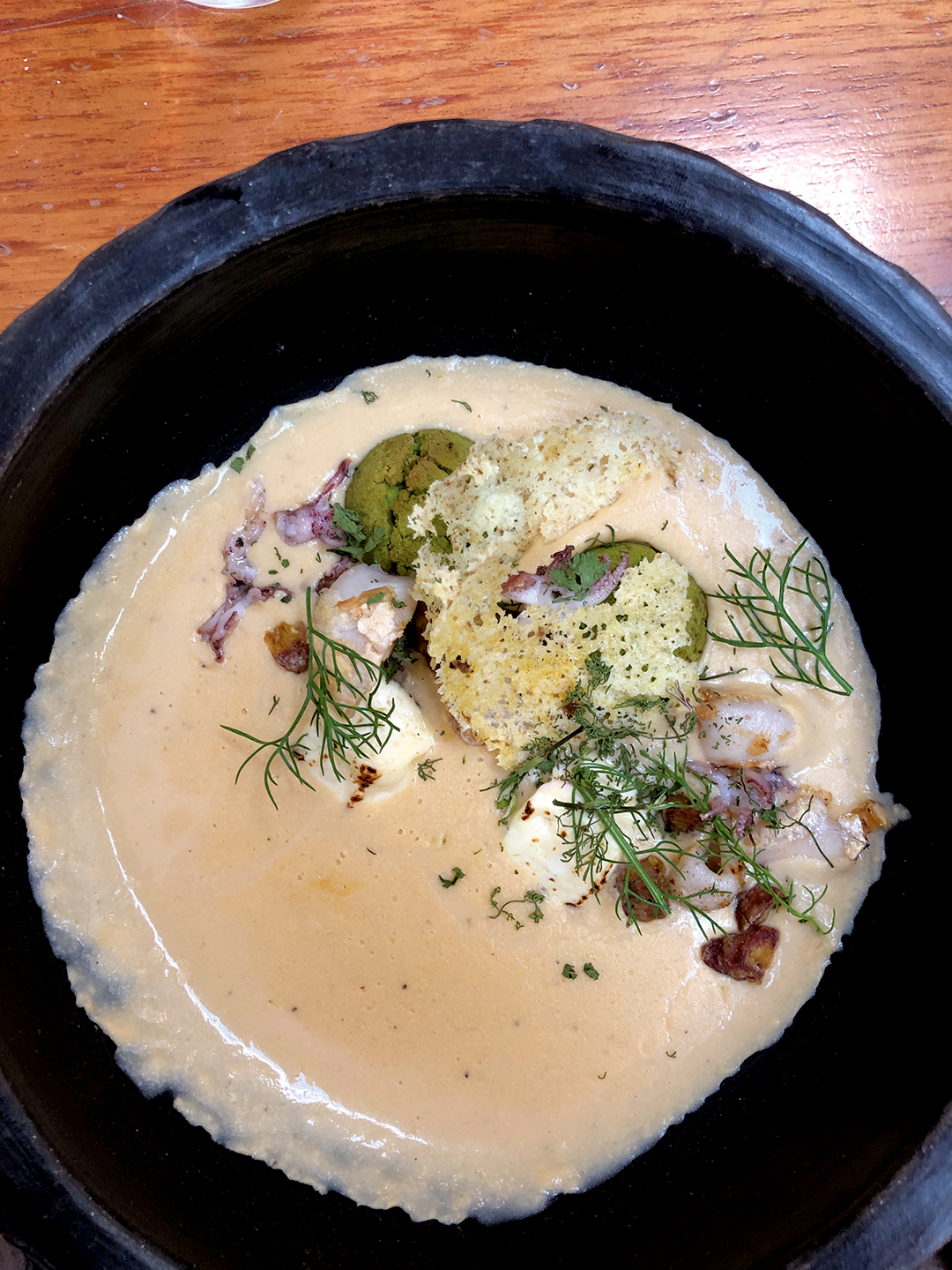 Watching his team in action is like attending a perfectly mounted play with creativity and improvisation explosions that make it fantastic. The ShamuiCo kitchen is a open space where products and fresh herbs are on the counters filling the air with aromas, fitting in, contributing and completing the culinary space. 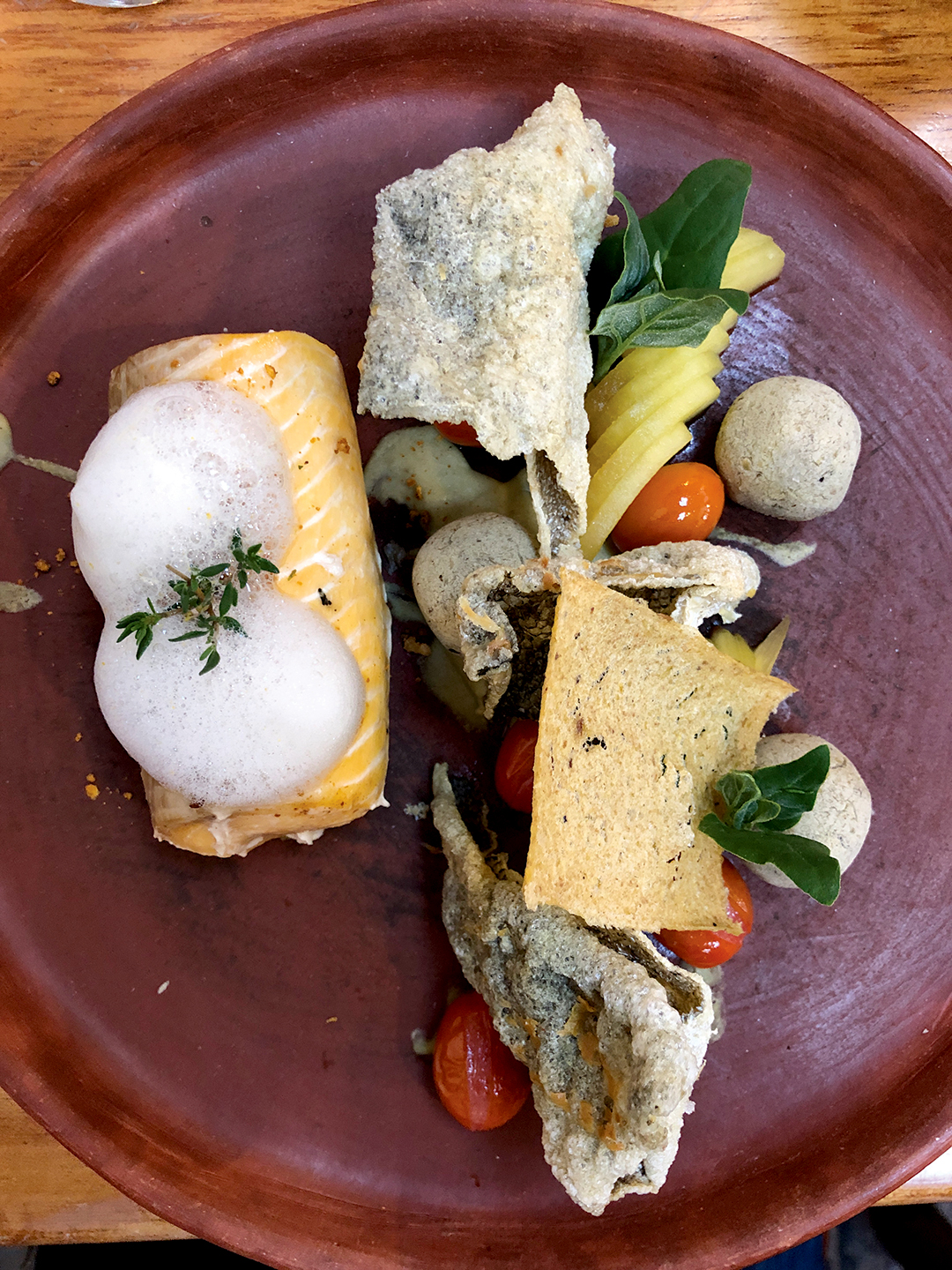 “We do not have a defined menu. It changes every day. We see which fresh products arrive in the morning to decide the midday menu” says Samuel, who prefers to talk more about star products, than plates. “For the ShamuiCo team the most important thing is the product, it has to come from our land, from our community gardens, because we want them to prevail through time and never stop being consumed or cultivated. Promoting community garden survival is very important for us; we want to promote sambo, achoccha, melloco, mashua, white carrot, corn and cereals consumption, as well as a good guinea pig, a river trout, Creole eggs, our cheese and bread. Perhaps with techniques we have learned in the paths of life we could develop our own kitchen style, or “Signature Cuisine”, but always respecting people´s traditions” he emphasizes. 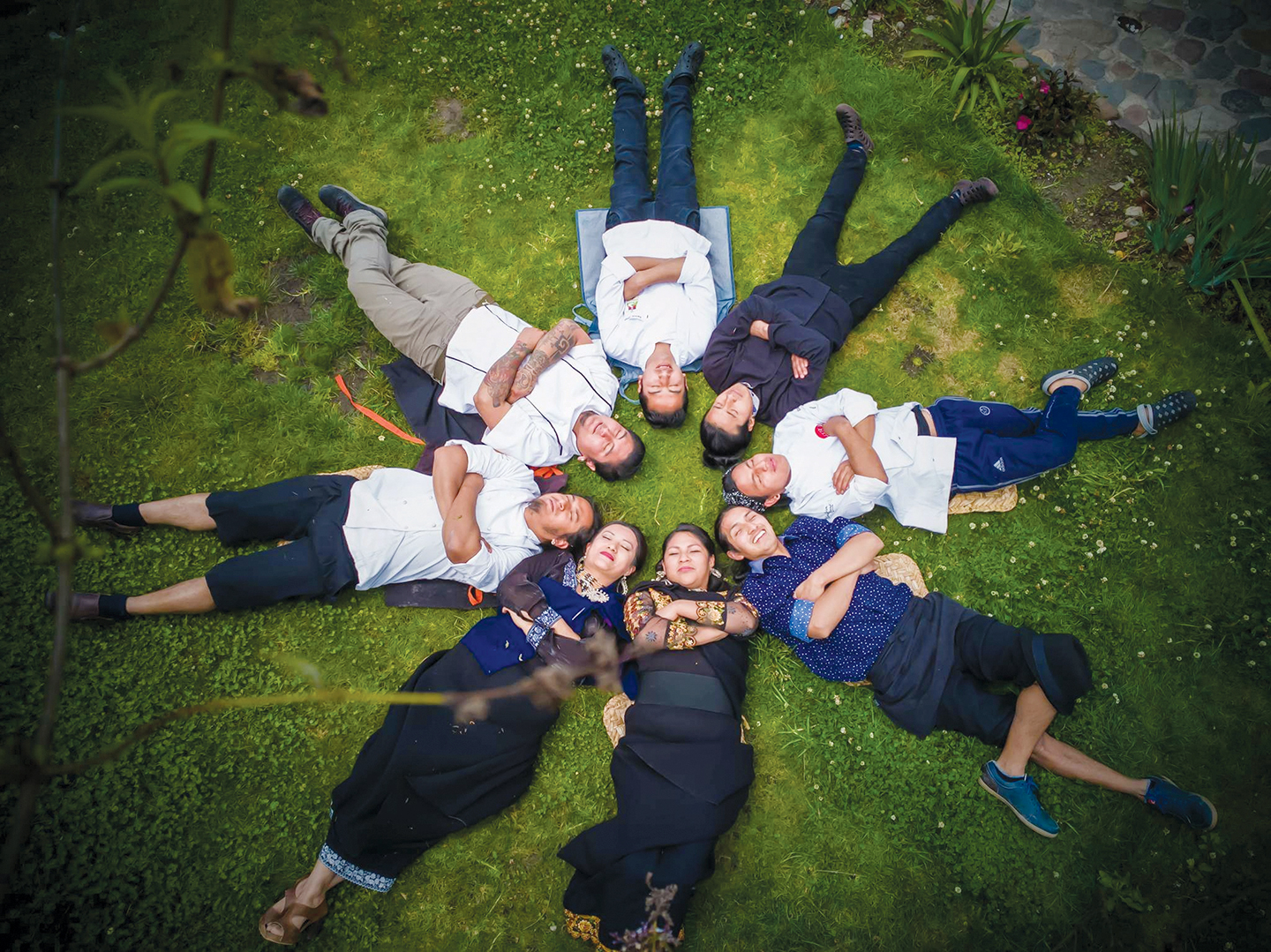 Achieving a unique and exquisite result has its challenges: “Changing our costumers mentality is a true dare because many think that only foreign cuisine is good. It has been difficult for us to have people value our proposal; and in addition, balance recipes so people wont eat excesses carbohydrates,” says Samuel. I admit it, I arrived with a great desire to eat one of Loja´s typical dishes: repe, a thick and creamy soup based on green plantain. When I knew that the menu proposal was squid I was not enthusiastic about the idea; when I tried it, it was the best surprise for my palate. 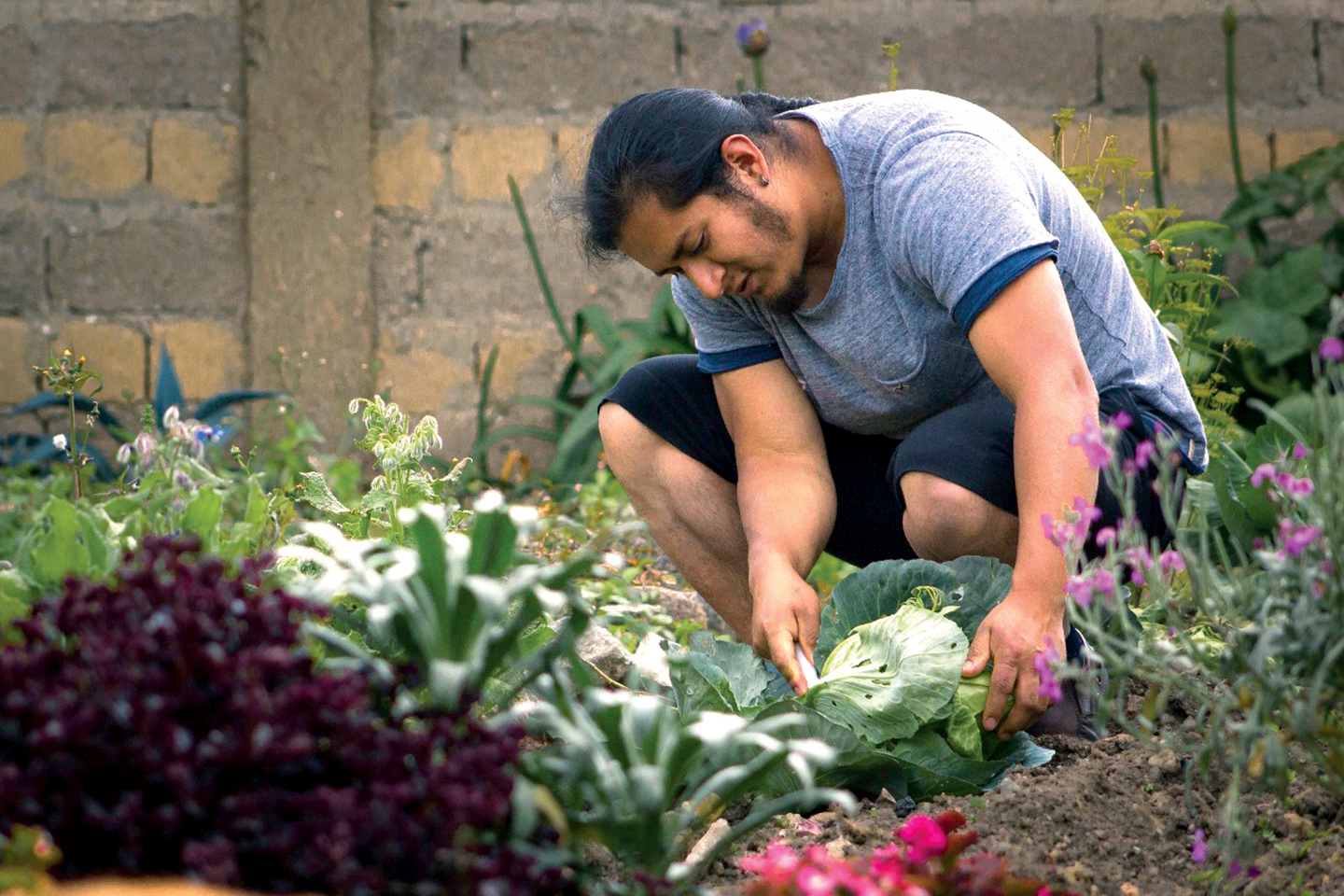 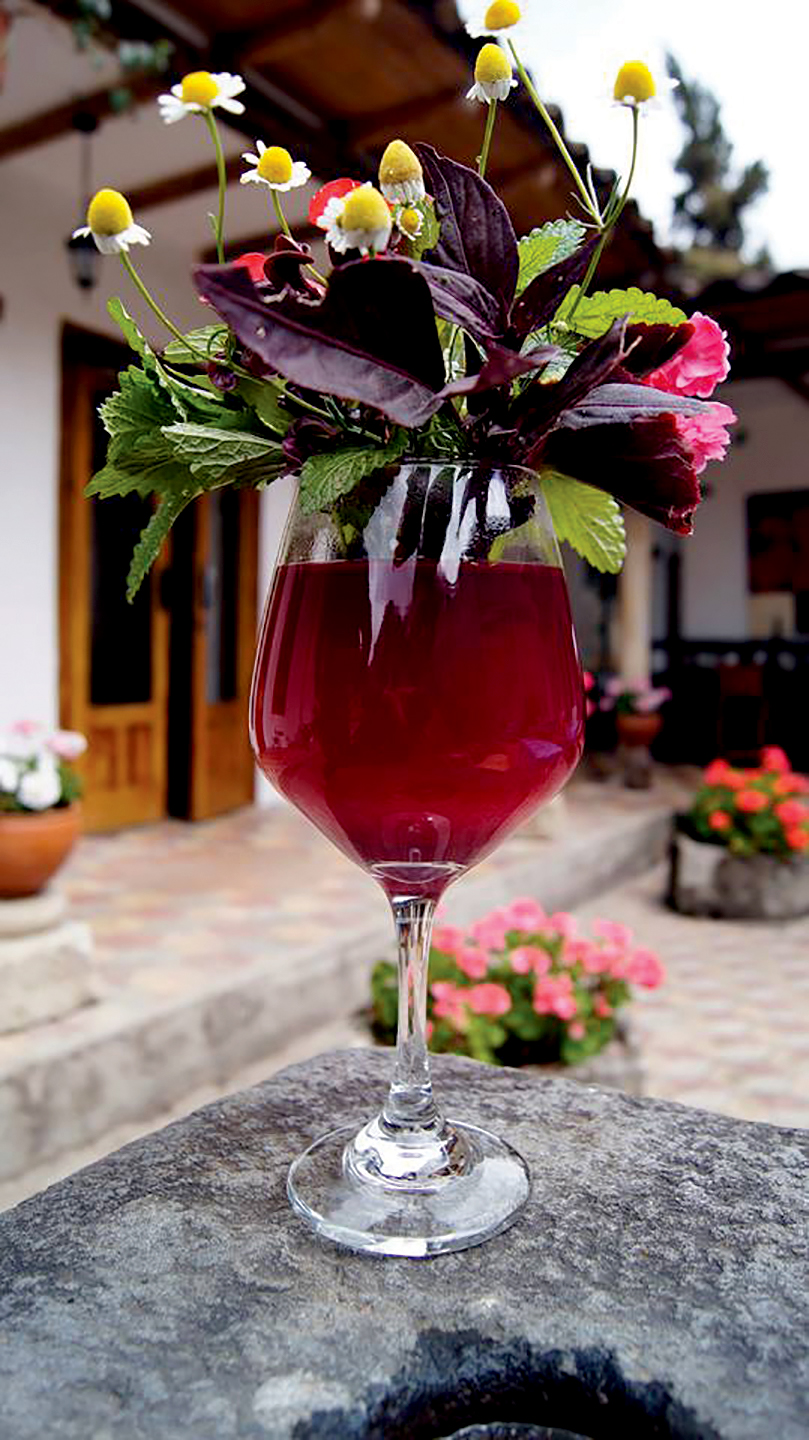 ShamuiCo is a continuous and fulfilled dream for Samuel, for his family and team, through which they seek to contribute with Saraguro and Ecuador. We have to start knowing where we come from, understand our roots, understand our products, and from that, innovate,” clarifies Samuel and explains that the restaurant spaces invite its visitors to live an intercultural experience: “History is forged from our origins, with our vision placed in the future. It is said “that there is no modernity without a good tradition.” 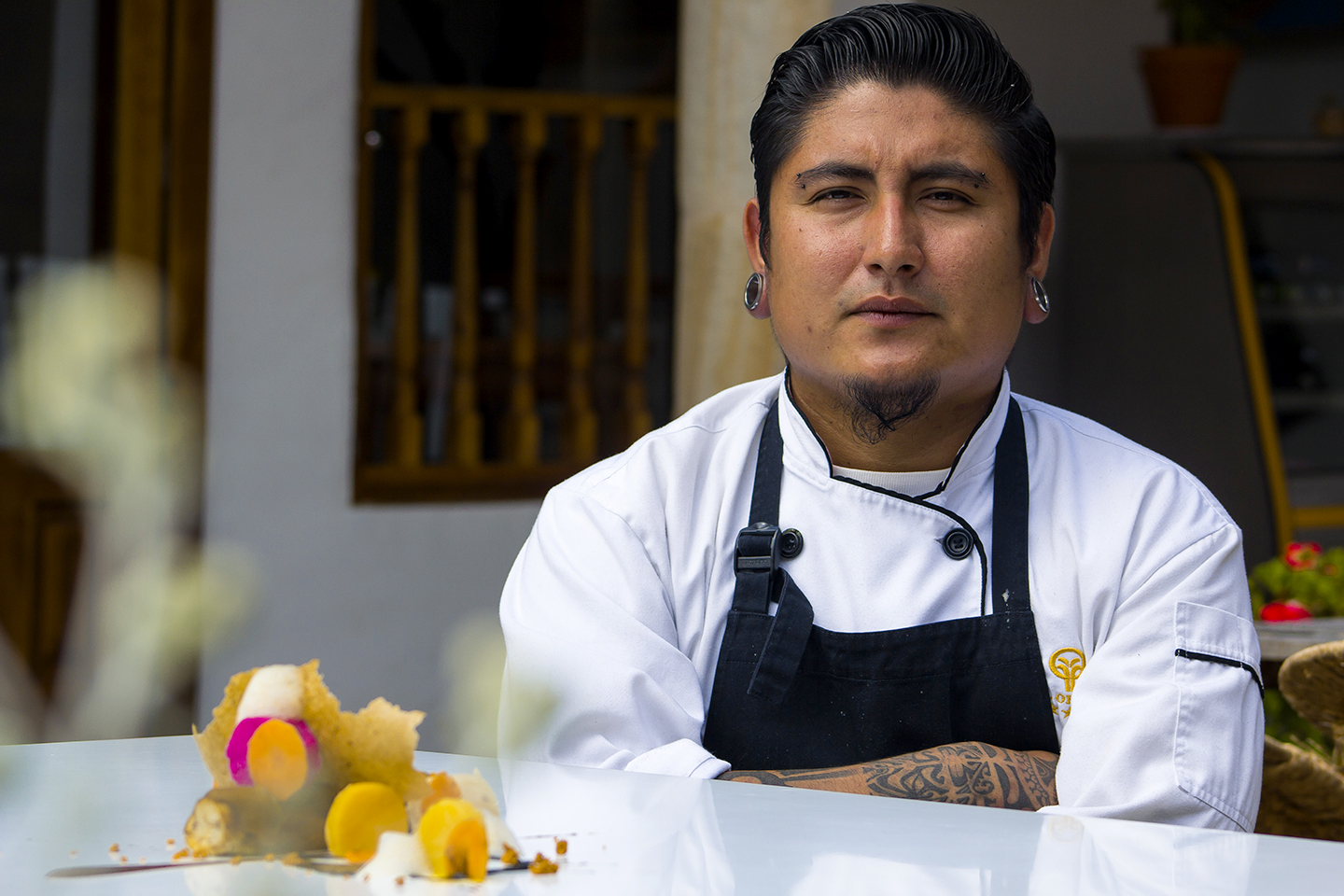 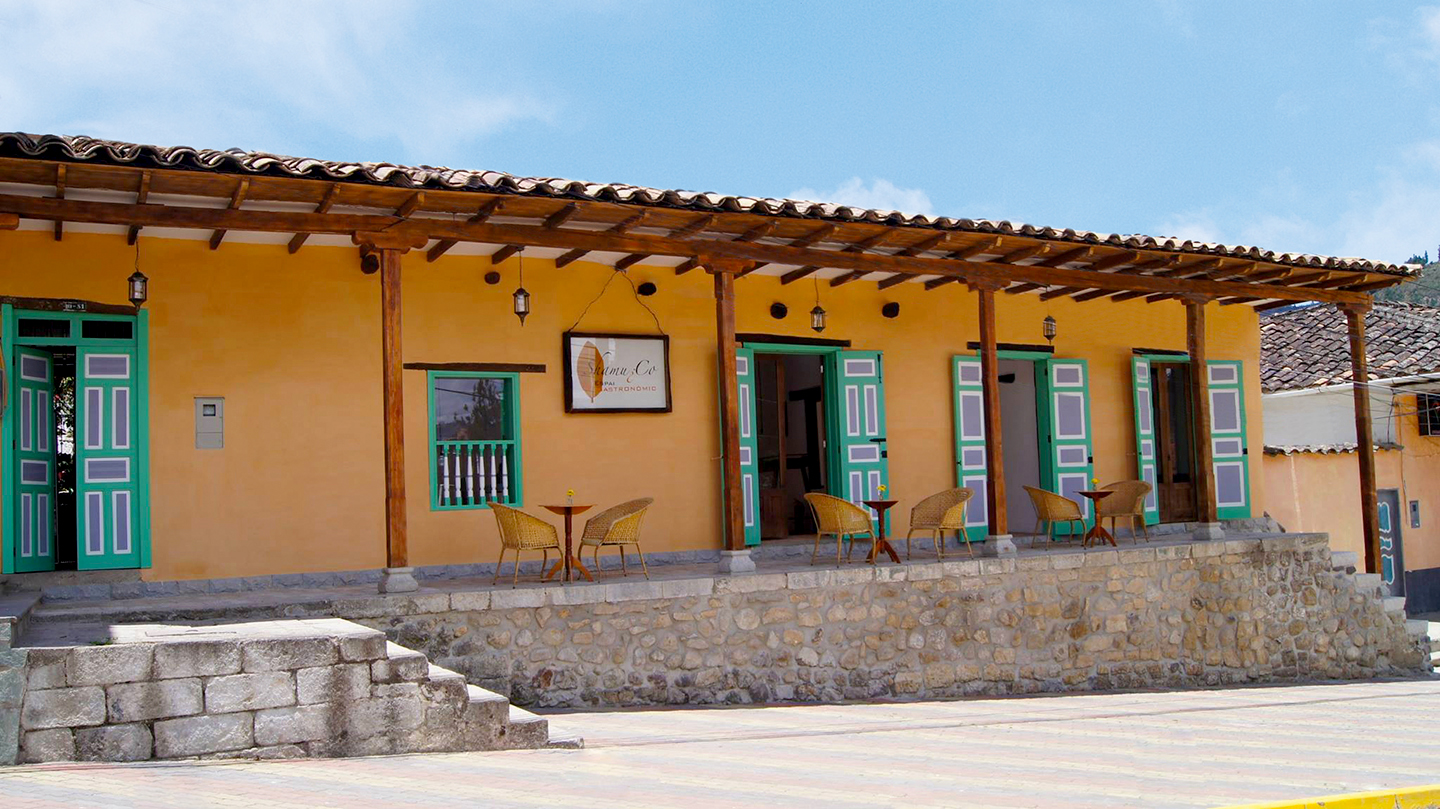 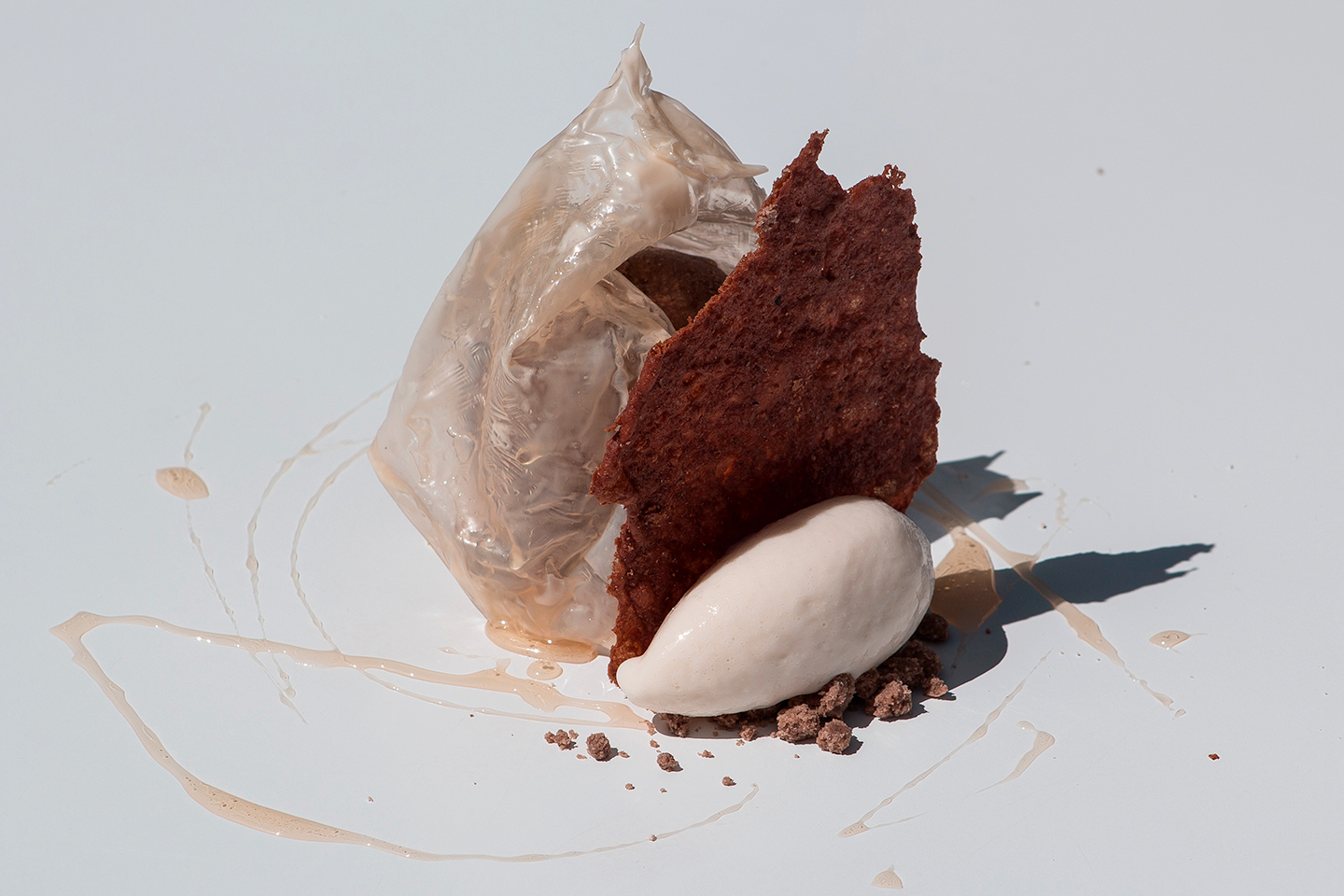