A hidden secret in the heart of Quito

Walking through the doors of Hotel Casa San Marcos grows a strong feeling of finding a hidden treasure within one of the most charming neighborhoods in Quito. This fascinating hotel is located in the colonial San Marcos neighborhood. Its staff leads both guests and visitors to visit its art gallery, antiques shop, halls, corridors and terraces. Last but not least, an exquisite restaurant and coffee shop that boasts a wonderful view of a major Quito landmark, the El Panecillo or “small bread” hill.

Mayra Ribadeneira de Casares is one of San Marcos´ three owners. She told us that this house had belonged to her ancestors and that she had lived here a part of early life. Mayra emphasized she felt such a strong attachment to this house that she and her husband tried to purchase it. Nevertheless, it took them 15 years to be able to acquire it. Reconstruction began in 1993. Because they sought to restore the original architecture to each nook and cranny, the task was very demanding. Their original plan was use it as an educational institution. Later, plans changed and the house was reopened as an art gallery. By 2009, it had morphed into a hotel, its former splendor completely restored. 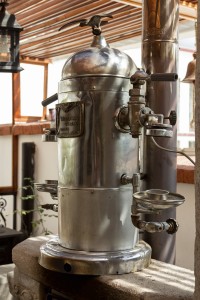 Casa San Marcos dates back to 1702. José Jaime Ortiz purchased a plot of land for 800 “patacones”, a Spanish colonial currency, and built a two-story house. Ortiz was an architect renowned for designing the El Sagrario church, building the Convent of Las Catalinas and reconstructing the La Merced church and the Santo Domingo tower, all of which are still standing. Ortiz later sold the house to Don Jacinto del Pino and, over the centuries, it passed from the hands of one family to another, among them, Valdivieso, Baca, Moya Baca, and Ribadeneira families.

Early in the 20th century, Casa San Marcos was divided into two properties by a wall that crossed the patio, the central courtyard. In 1920, the owners hired a prestigious Italian architect, Antonio Russo, to demolish the façade while conserving the rear part. Russo built three floors following the republican style, characterized by a specific type of window sills, balconies, ceiling moldings and intimate terraces, architectural details that enrich the history of Casa San Marcos.’

Given the eclectic combination of elements in the house, Mayra believes its décor is “criollo”, the local result of a mixture of different styles. Decoration was not a difficult task for Mayra because she has been an art curator for most of her life.

“The best part of our house is its imagery”, says Mayra. “Art and visible history allow us to offer a beautiful environment. Our guests can touch our history because they can use the antique furniture and adornments. The art in the house, which is not for sale, are family heirlooms. For instance, in our main drawing room, we have an 18th century Italian tapestry.”

The hotel covers a total area of 1.200 square meters (approximately 13.000 square feet). It has six rooms, suites, triples and double rooms, with occupancy for 18 guests. Each room has its own individual charm that grows from the history and style of its furniture, the particular art on its walls and the color scheme chosen for each area. Each detail of the décor has a story to tell. 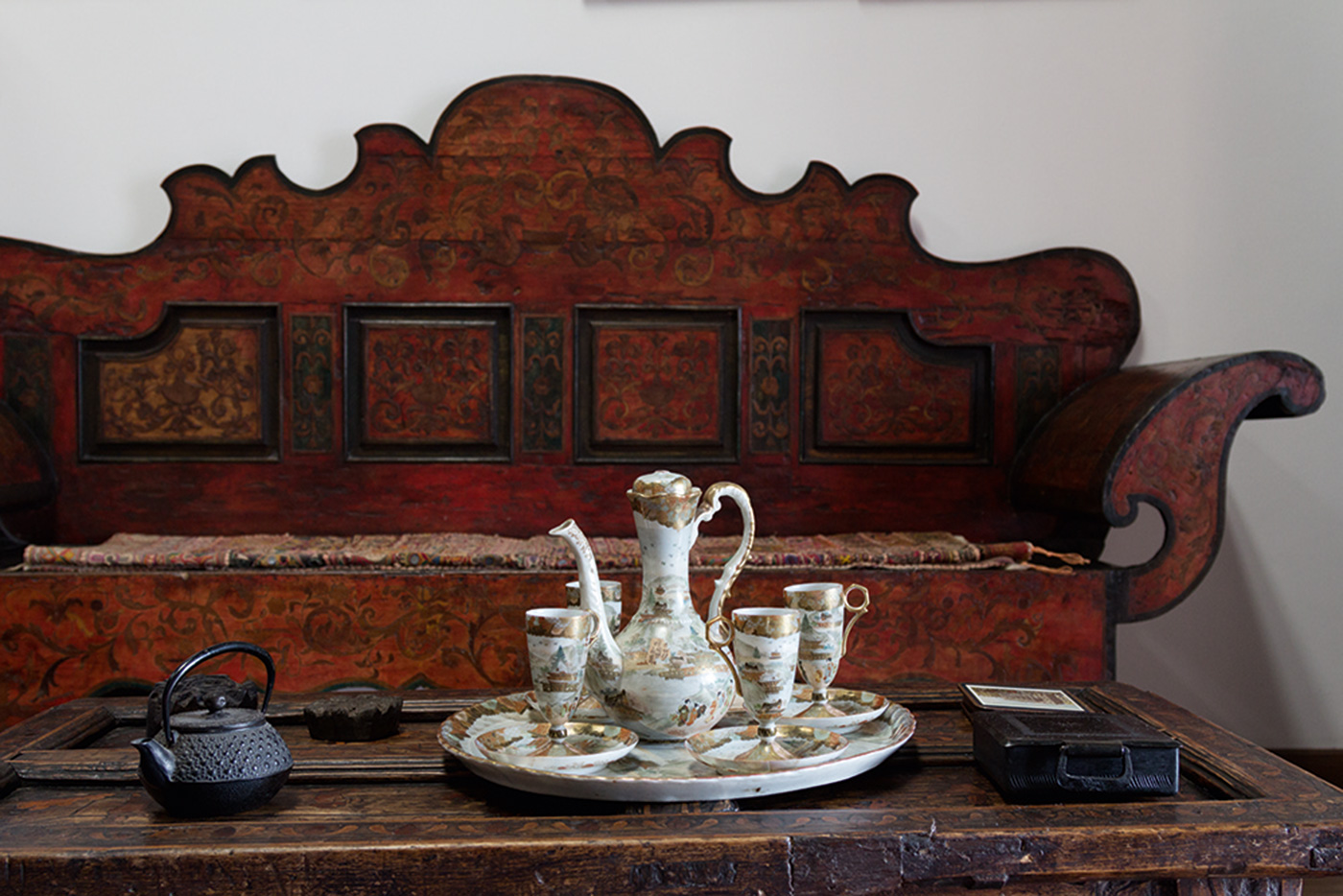 The San Marcos area is only four blocks from the Plaza de la Independencia, the Presidential Palace and the main Cathedral. This neighborhood recalls olden times, when close relationships and lifelong friendships were cherished, when walking the streets at any hour was safe. Very close to the hotel are a small park and a beautiful church plus several museums and historical houses.

We invite you to dwell in colonial Quito and discover its fascinating history while enjoying the cozy ambiance of a fantasy home.