A bastion of spirituality in Quito

By: Gabriela Burbano A.

To cross a metal door at the entrance to the small square of the Church and Convent of Carmen Alto is enough to find yourself transported back three hundred years, when these same flagstones and thick white walls housed a community of the Order of the Discalced Carmelites, which to this today continues to live a life dedicated to spiritual contemplation, a practice that dates back to the year 1653. 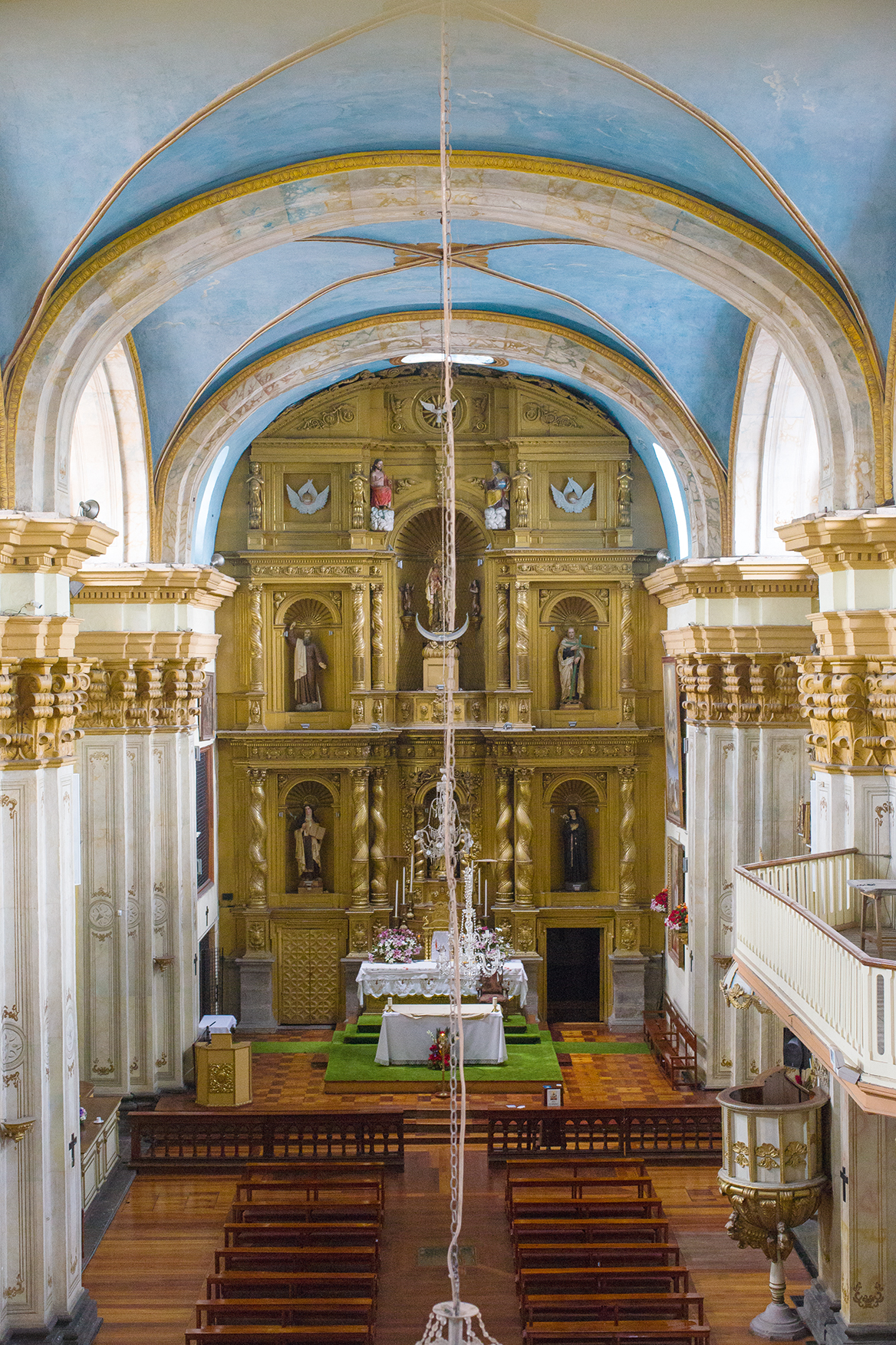 The difference now is that, since 2013, one part of this monastery, the two oldest cloisters, were adapted for a museum, designed so that the public could get to know more about the religious art in custody of the Carmelite Sisters for centuries. Another objective is to communicate the history and daily life of this religious community and, in particular, that of Saint Mariana de Jesús, in whose house this Order settled when it arrived from Lima in the 17th century. 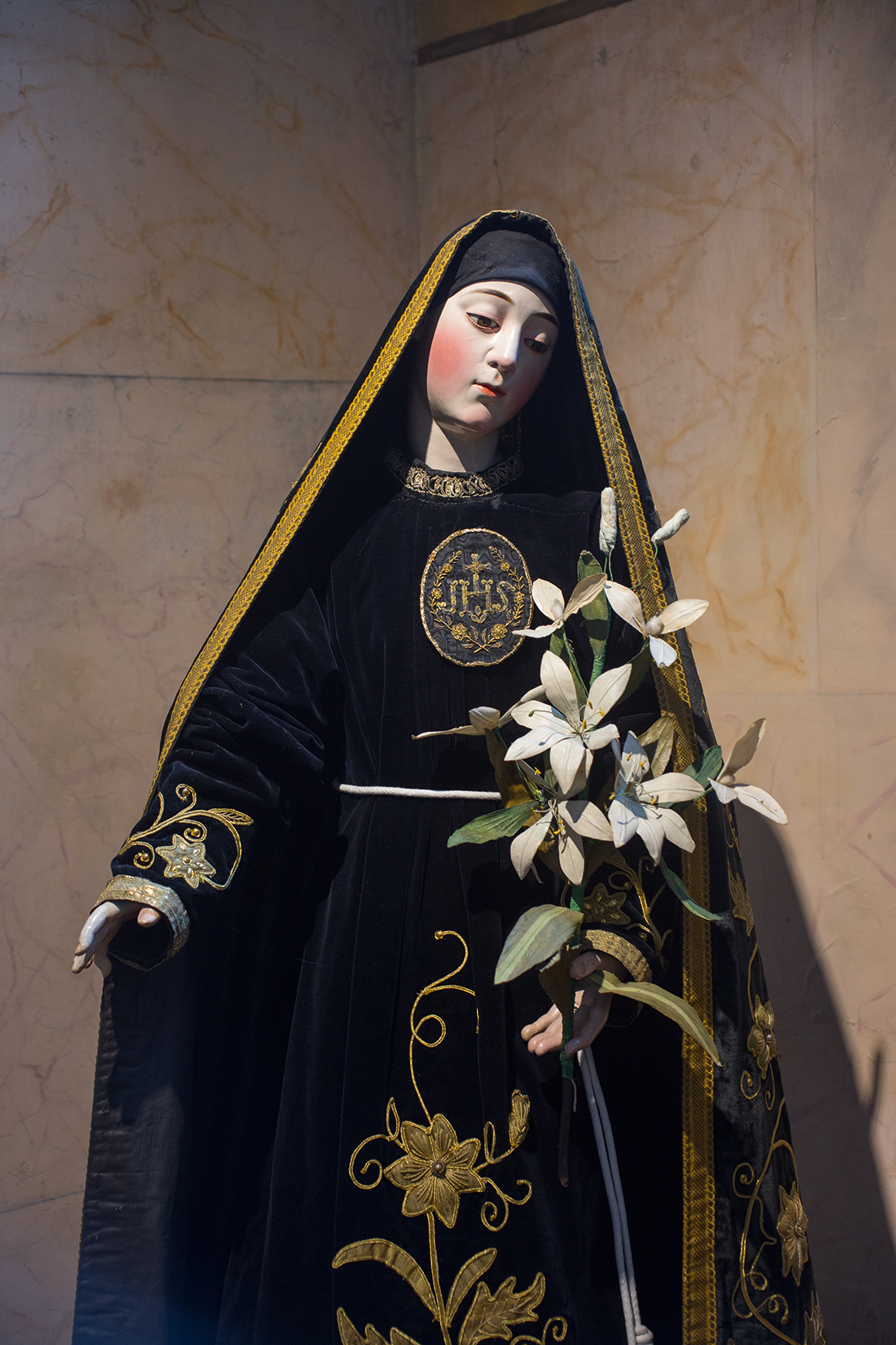 The tour starts in the hallway where a turnstile is located, in this case a small wooden revolving window. Across this window, the Sister on duty maintains a feeble contact with the outside world, a window used to receive petitions, alms, donations and news. It´s also a window to send out products prepared inside the monastery and sold to the public in order to help finance its upkeep. 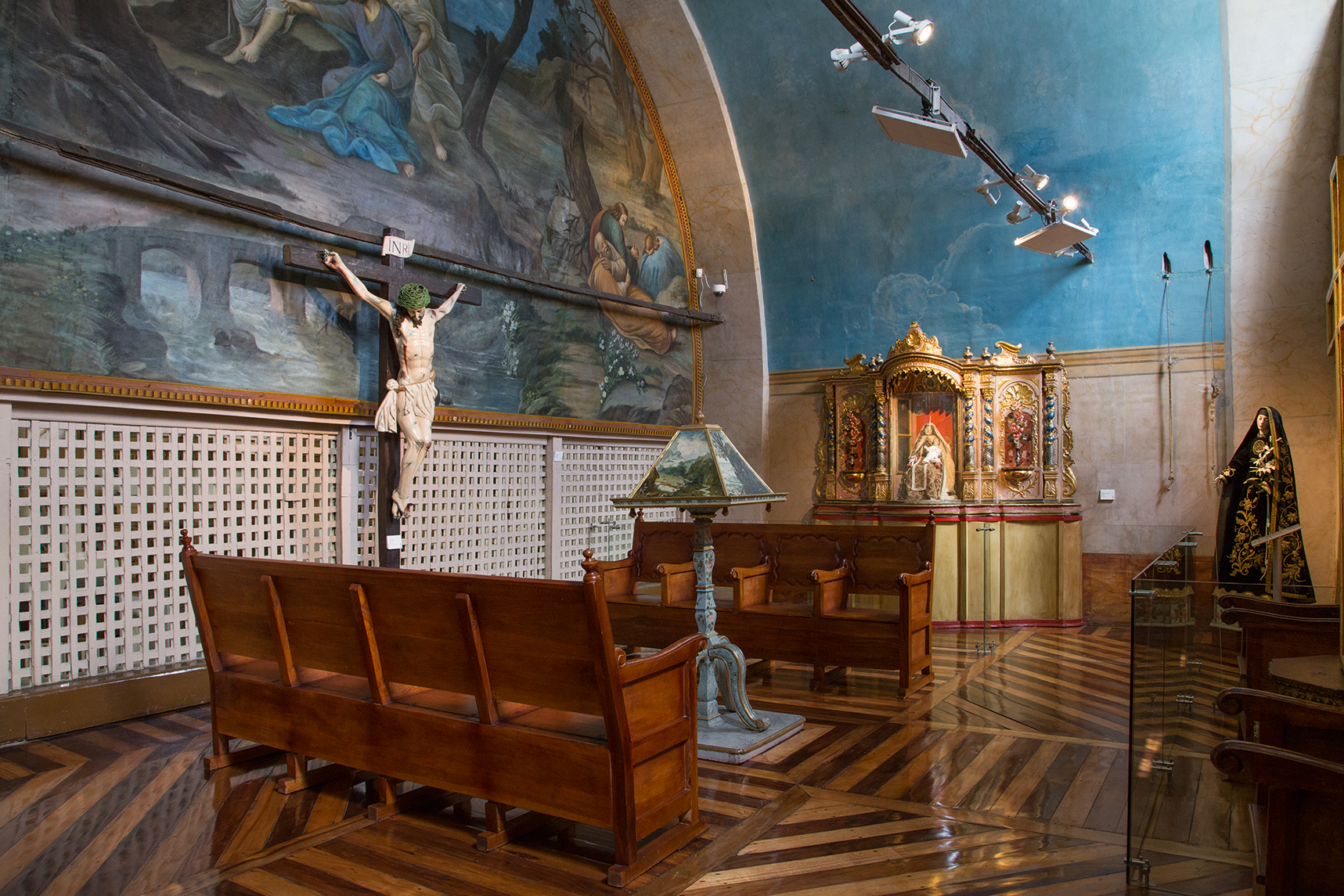 From this vantage point, you can see more than two dozen rooms, some of which recreate those occupied by the Sisters. These spaces also help to understand their daily life, guided by the Rules of the Order founded by Saint Teresa de Jesús in 1562. 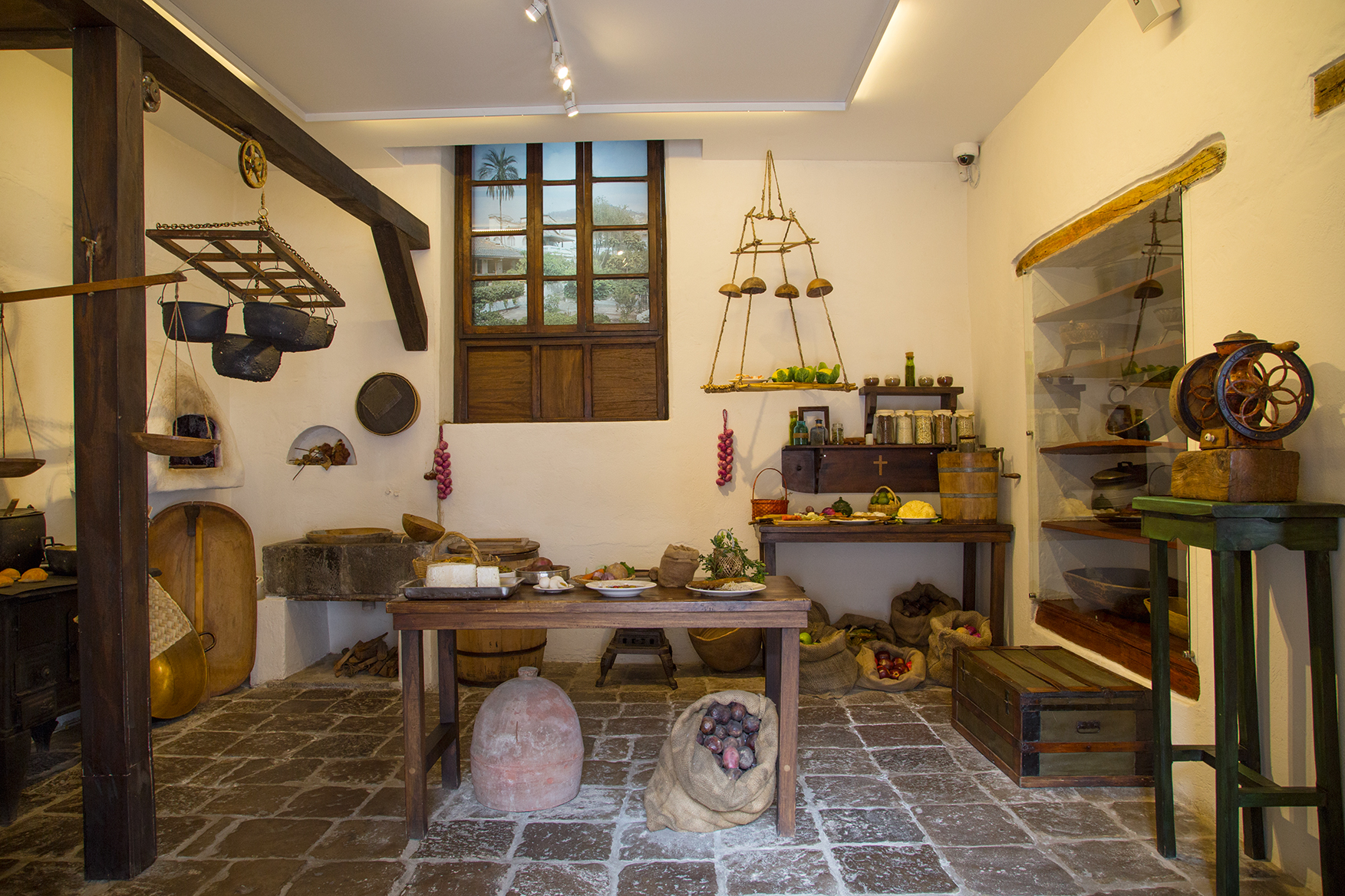 One of them was the visiting room where the Carmelites could receive their relatives. Huge works by the famous painter Víctor Mideros cover the walls and, through their symbolism and impressionism, we can visualize a different Saint Mariana de Jesús. 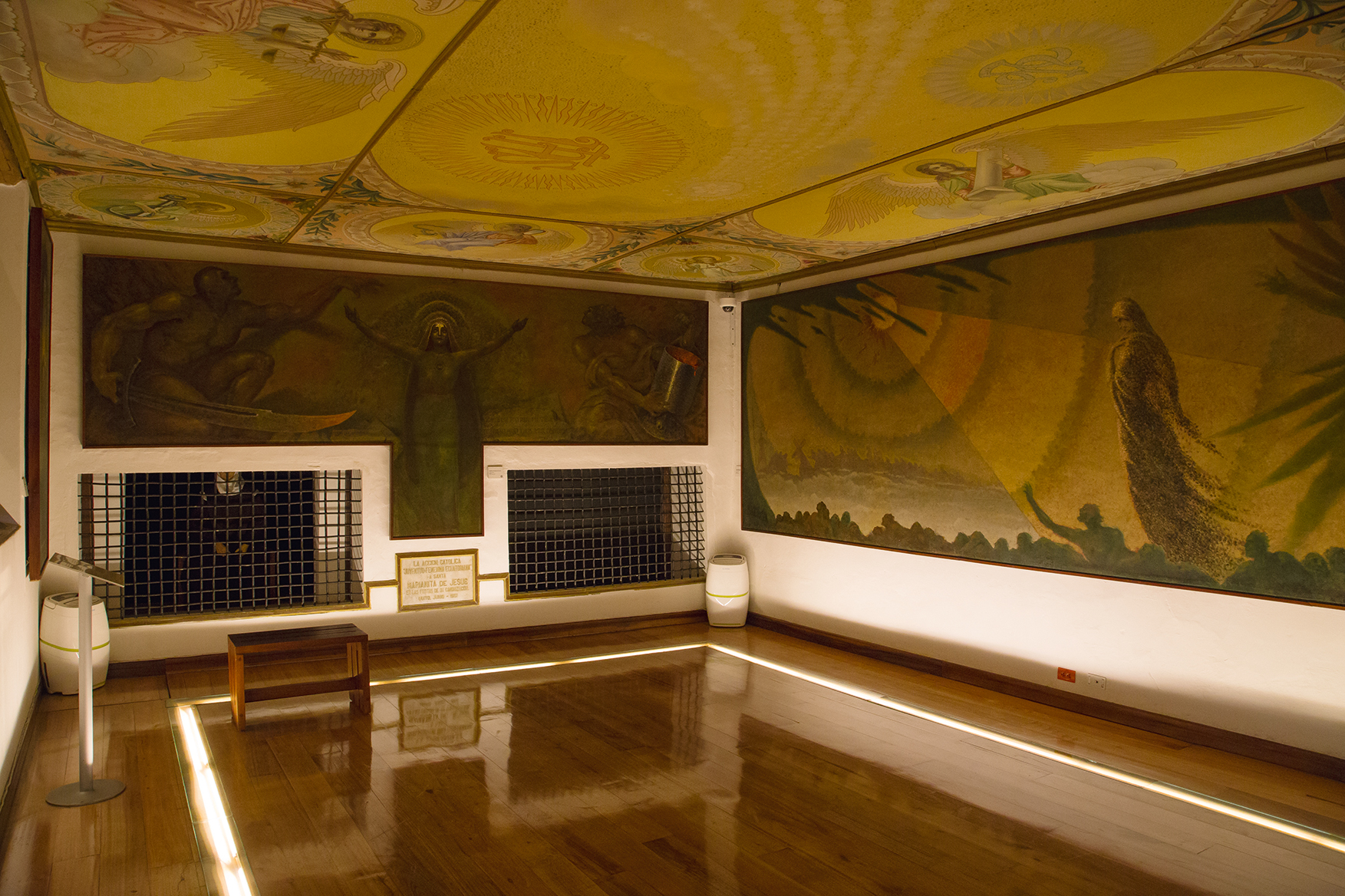 Further on, we arrive at the central patio that used to be an orchard in Saint Mariana de Jesús´ home. There we can appreciate a small bell embedded in one corner. The visitor then learns that the Carmelites made a strict vow of silence and how, through an elaborate code of rings and replies, the Sisters could communicate with each other. 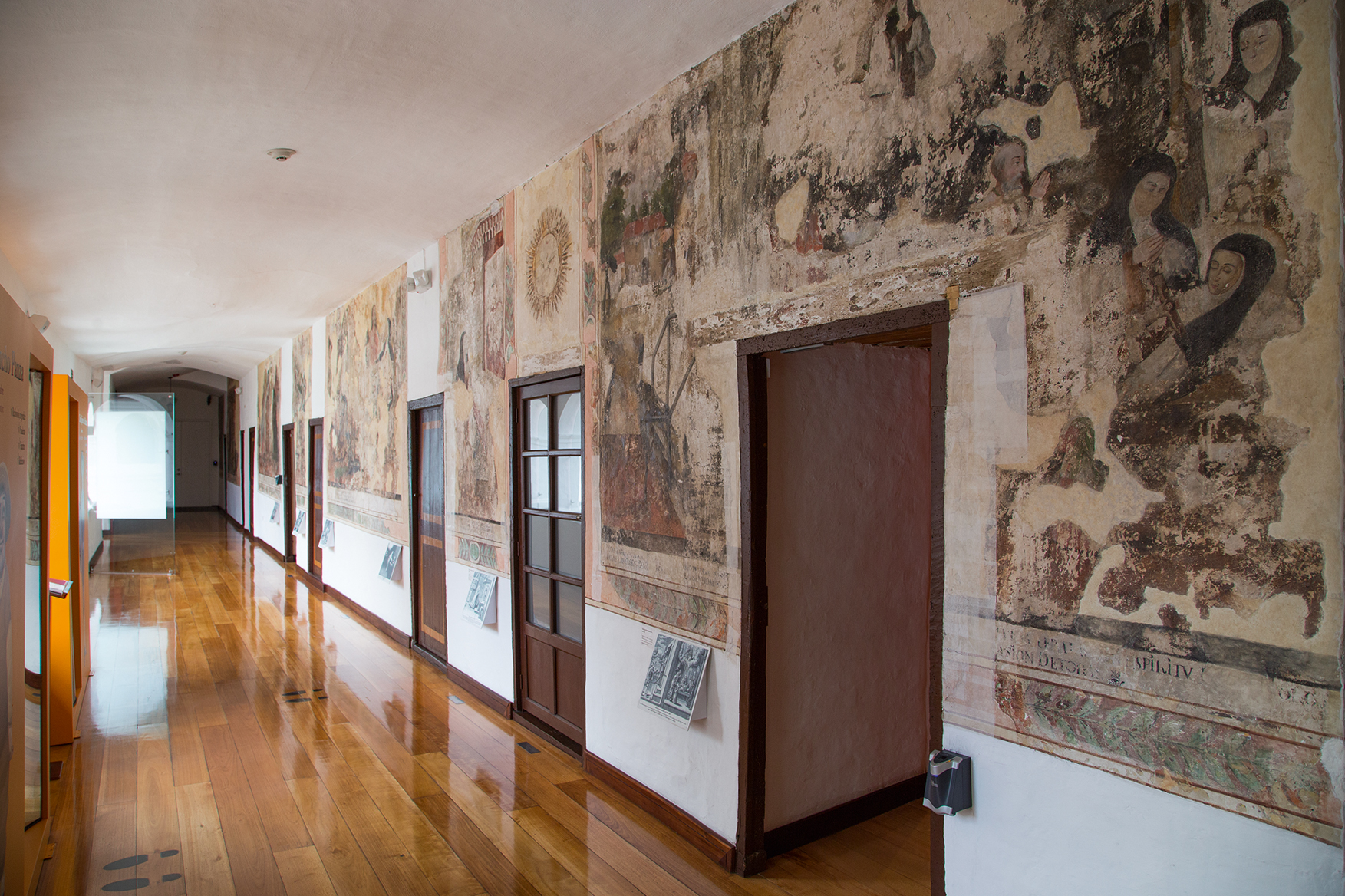 In this same patio we find the “Corner of the Lily” where, according to the tales, Catalina, an indigenous woman, friend and confidant of the saint, buried the blood that Mariana de Jesús had lost during her sickness. After her death, a miraculous flower bloomed in that very spot. It was named the “Lily of Quito”. 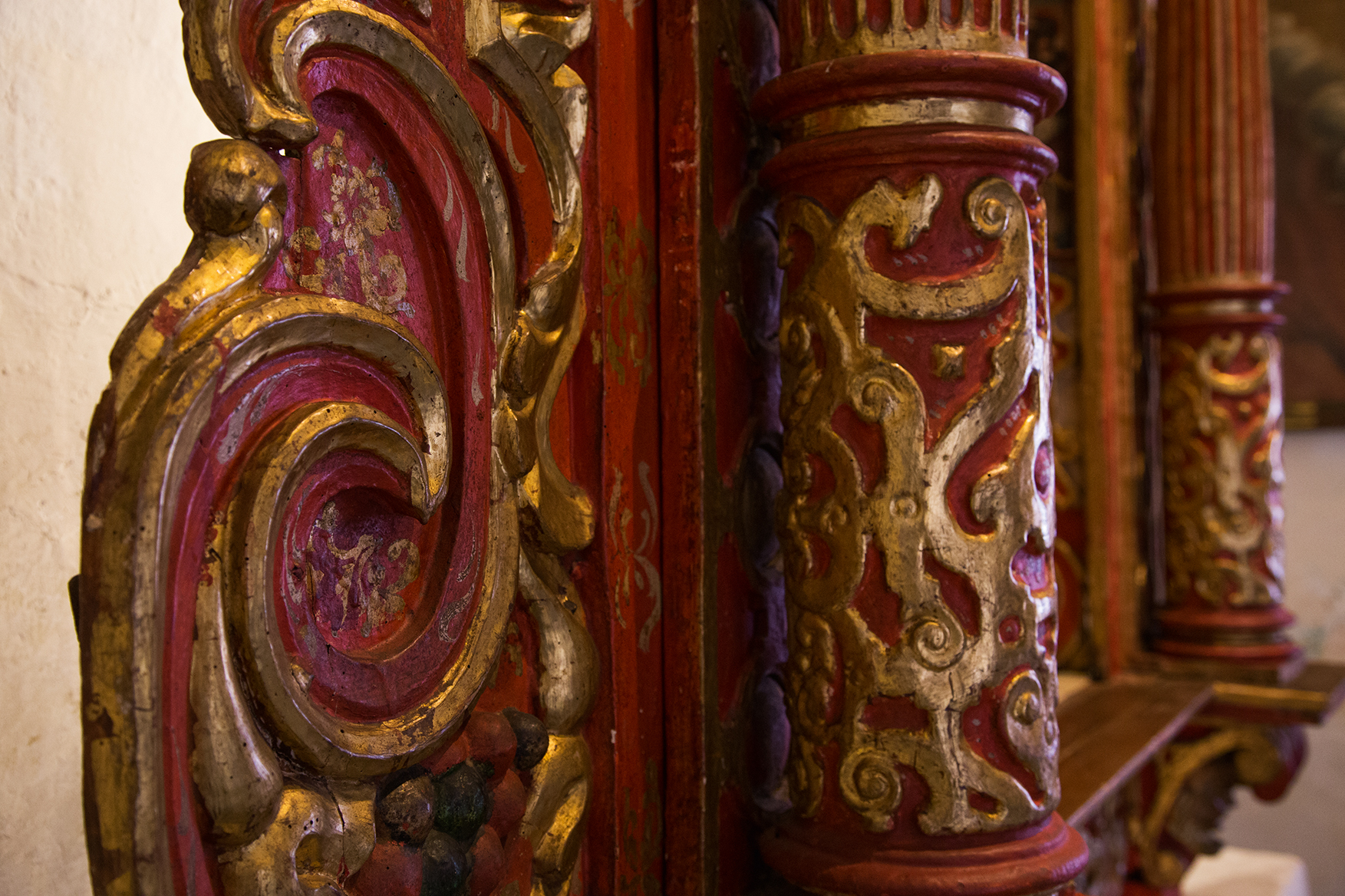 Along the corridors you can observe original details such as wooden doors and restored murals. From this point, you can access other rooms that exhibit exquisite paintings and sculptures. Nearby, partial excavations show the different constructions above which the Monastery was built. 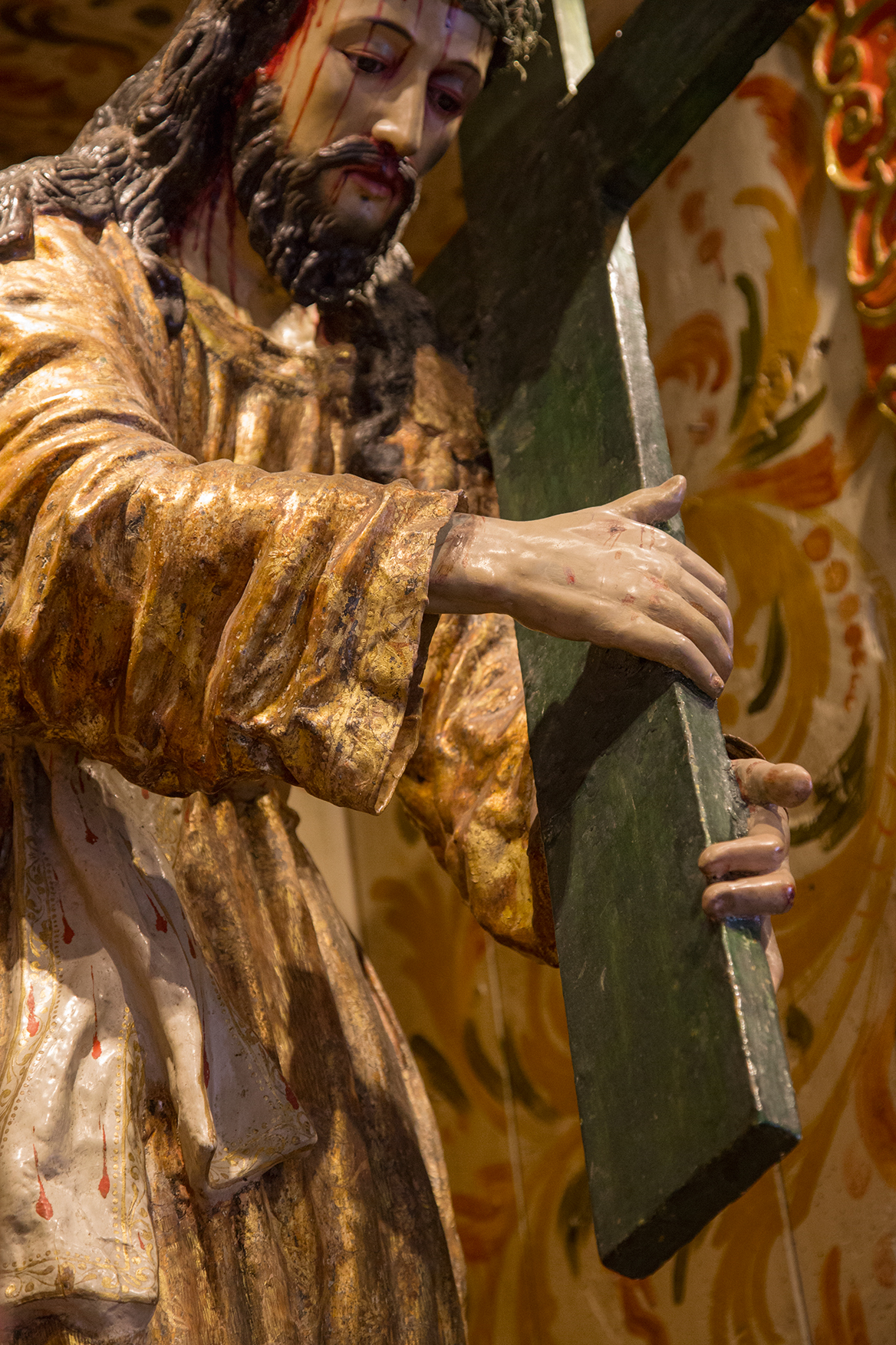 Across a hall we arrive at the main patio of the house that belonged to Mariana de Jesús. A few steps away is the kitchen, now dedicated to the rescue of Quito´s culinary history, with such dishes as the puchero (soup prepared with meat, fruits and grains), sweet figs and empanadas (pies). 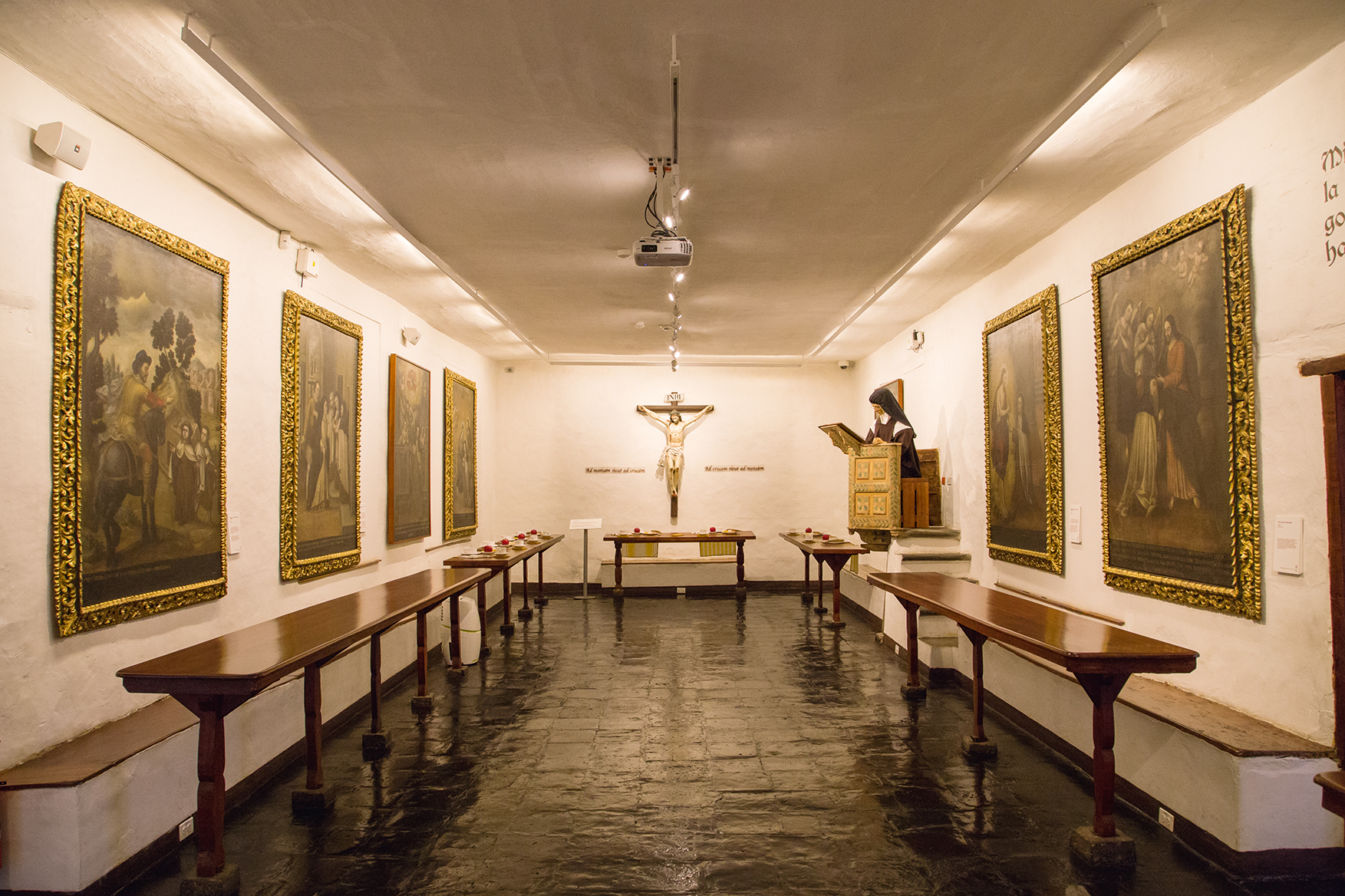 Up the main staircase, we can admire the first painting acquired by the Order upon its arrival in Quito. The following rooms harbor more art works and also more recreations of convent life. 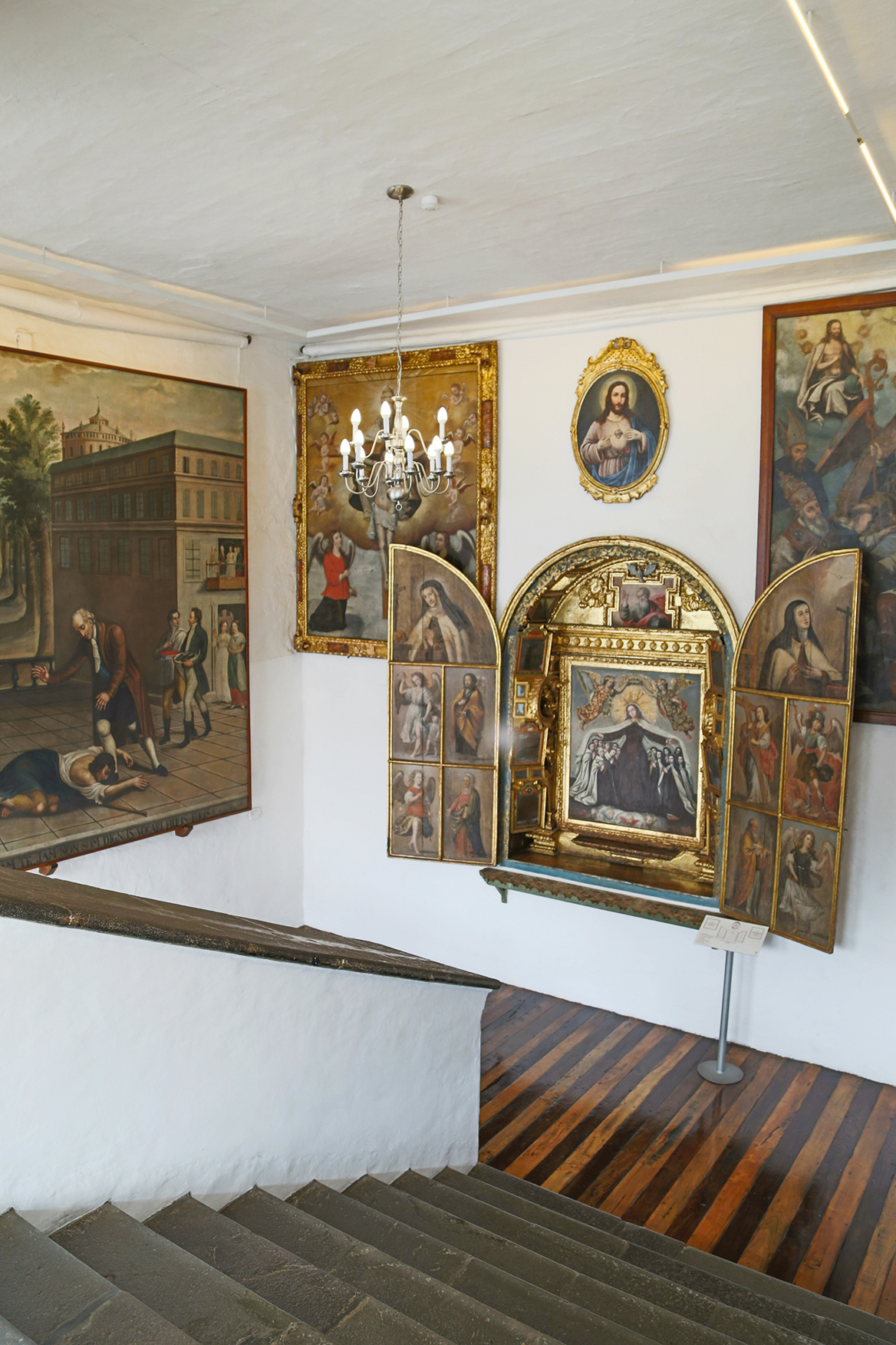 The High Choir, located in Saint Mariana´s old room, is the area where the Carmelites get ready for the Eucharist. It´s also the best place to view the interior of the church. Several objects that belonged to Saint Mariana are exhibited here. The tour ends in a hall covered by a series of paintings of the life of the Virgin Mary and a splendid sculptural ensemble of the Transit of Mary (Dormition). 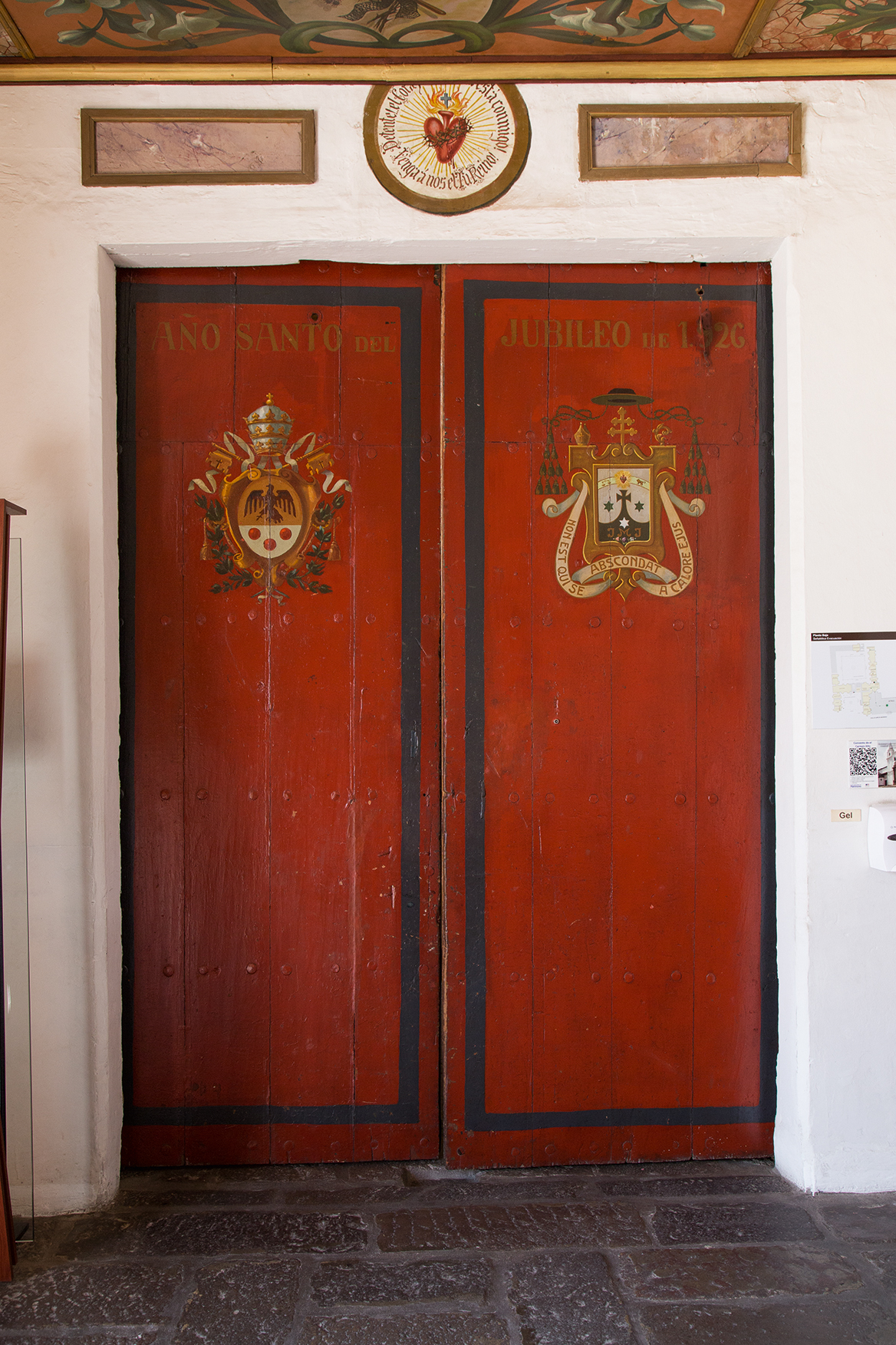 A few rooms in the upper level of the Monastery are assigned to temporary exhibits that aim to fascinate visitors and also to educate young and old. The “I, Cervantes” exhibit will remain until December 2016, to commemorate the 400th anniversary of the death of this exalted Spanish writer. 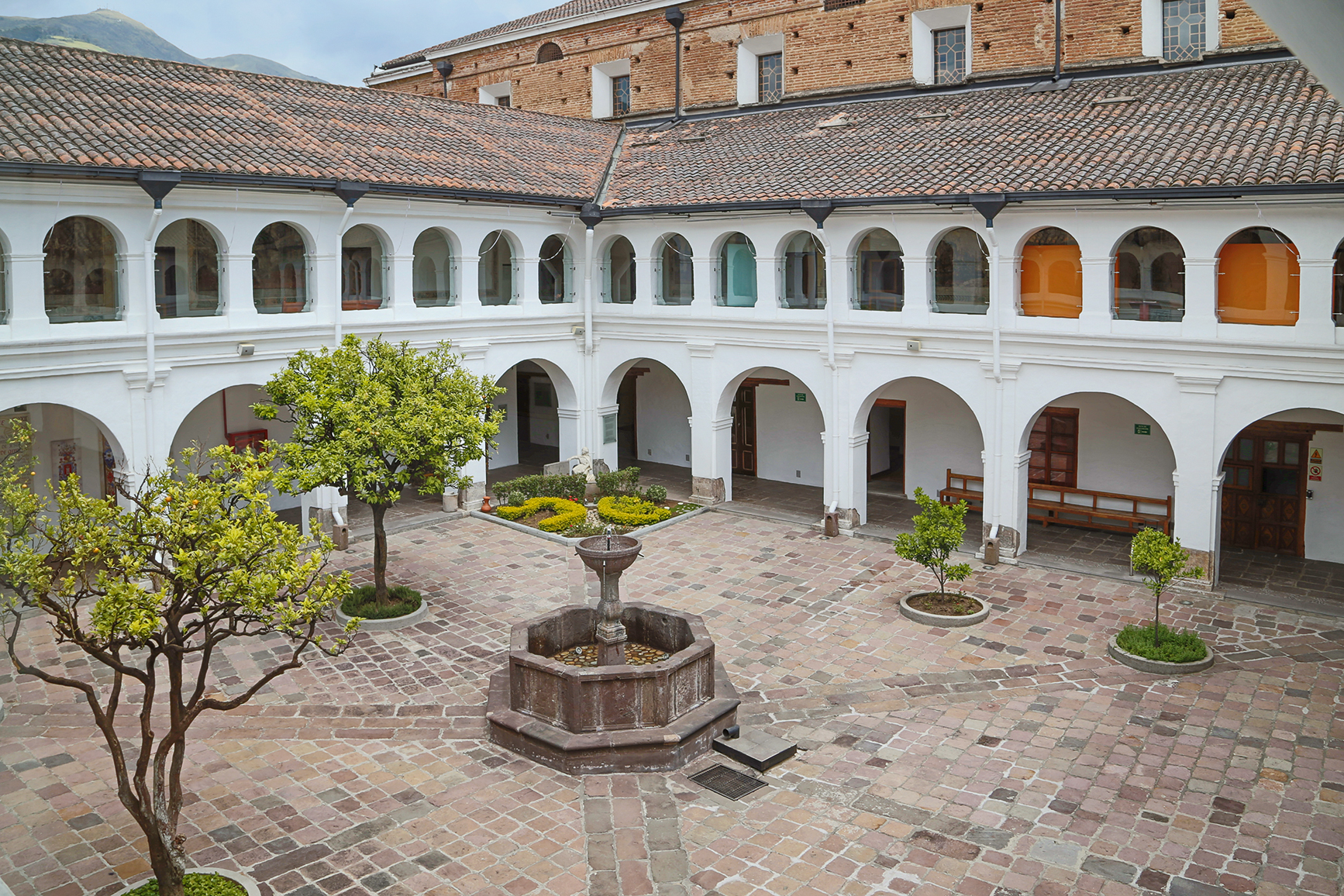 In addition to the traditional guided tours, the Carmen Alto Museum offers dramatized tours, by reservation only, for groups of at least 15 persons. There is a Monastery shop where visitors can purchase handicrafts and religious imagery made by the Carmelites. 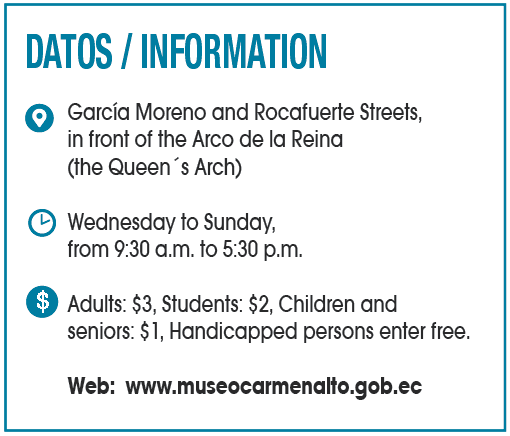