Located at Garcia Moreno Street, in front of La Compañía Church, there is a magnificent house that motivates a type of imaginary regression in our minds, such as a time machine that transports visitors to a way of life hidden behind a facade in the Historic Center.

It is the María Augusta Urrutia House Museum, which shows the lifestyle of the Quito aristocracy in the 1920s, and also recognizes the humanitarian achievements of a woman who dedicated her life to social work. 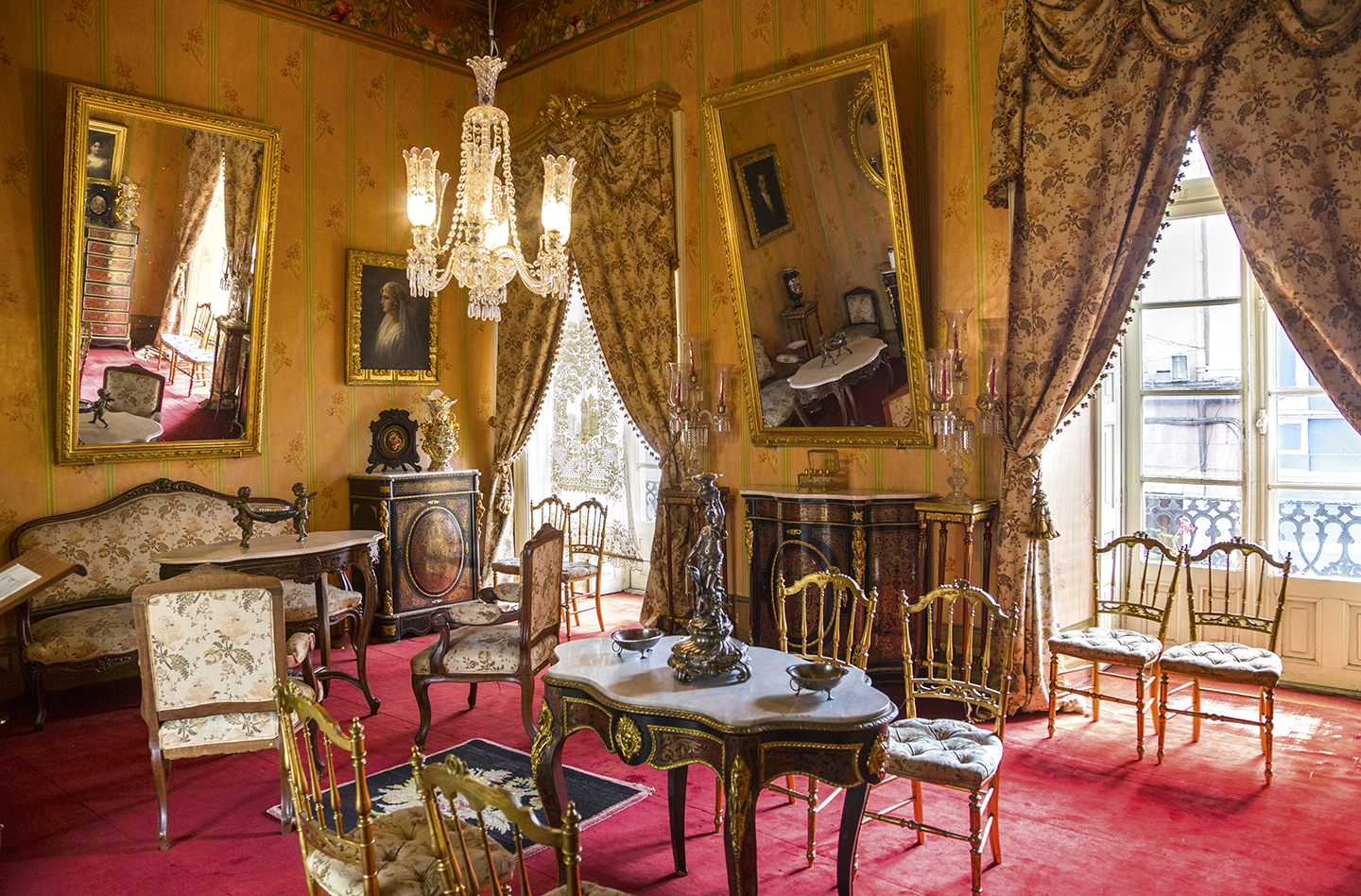 María Augusta Urrutia was born in Quito, in 1901. She carried an important family lineage closely related to Ecuadorean history, with relatives such as Juan Pío Montúfar, Marques de Selva Alegre, Carlos Montufar and Vicente Aguirre, heroes of the Independence. This family ancestry certainly underpinned her struggle to improve the quality of life for the poor.

After widowing she inherited lands and properties that belonged to her family and husband, who was another aristocrat of the time, and decided to devote her life and wealth to the dispossessed. She accomplished it through the Mariana de Jesus Foundation, which still exists and was in charge of opening this museum in 1989. 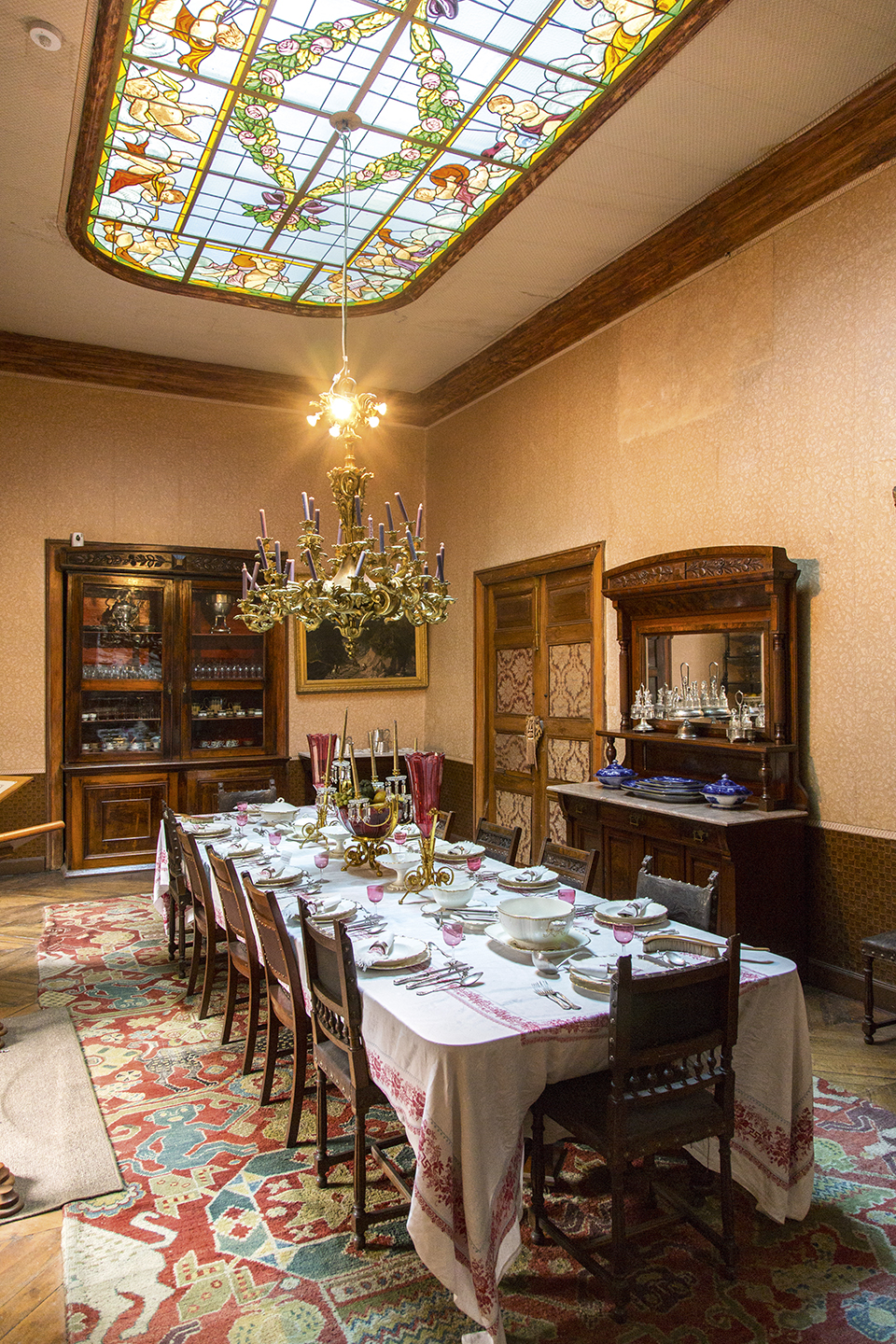 Maria Augusta lived in Europe until she was 20 years old. She then returned to Ecuador in 1921 to marry Alfredo Escudero, descendant of the Marqueses de Solanda, and lived in this house until his death. The house was built in 1830, and until nowadays is maintained just as its owner left it. The objects exhibited come from family heirlooms and from the trips she made to Europe. 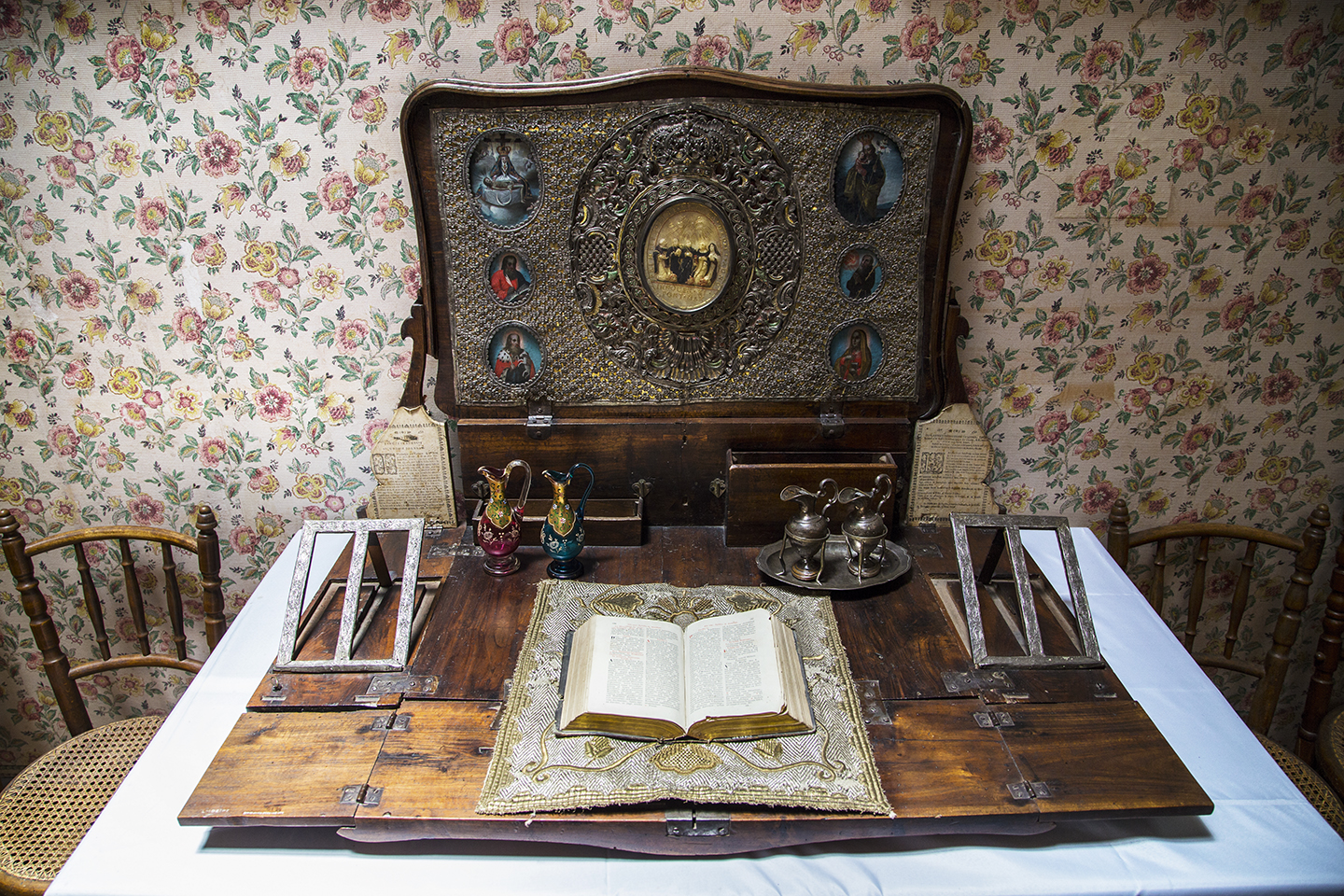 It is a typical house of the time. It holds a central courtyard, a water fountain, stone pilasters on the ground floor and wooden on the upper floor. The basement still holds the pantries. One of them was used to store grains, sugar, etc., and today is where Maria Augusta Urrutia’s biography, photos of her family and personal items are kept. Among the most precious objects are those that acknowledge her work, among which the most relevant is the Medal of National Order to Merit that she received from the government. In the other pantry, where perishable food was kept, there are pans and trays for kneading bread, and English heaters that worked with firewood and charcoal. 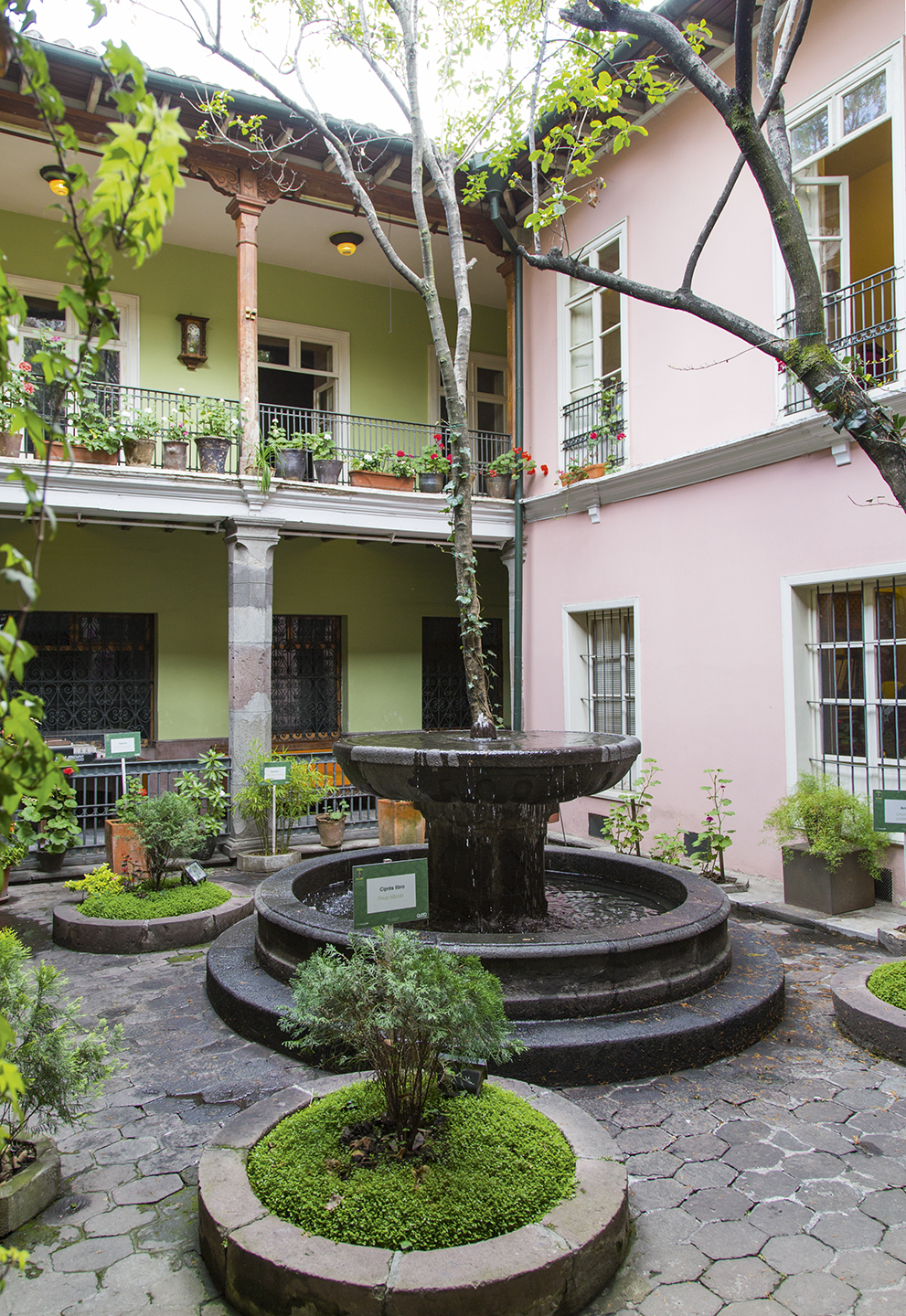 The main kitchen is located on the second floor. Coffee grinders, ice cream machines, 18th century stone mills, chocolate molds, bronze pails, and even a liquor distiller to make mistelas (drink made with brandy, water, sugar and other ingredients, such as cinnamon, herbs), place the visitor in the perfect ambiance to imagine what life used to be one hundred years ago. 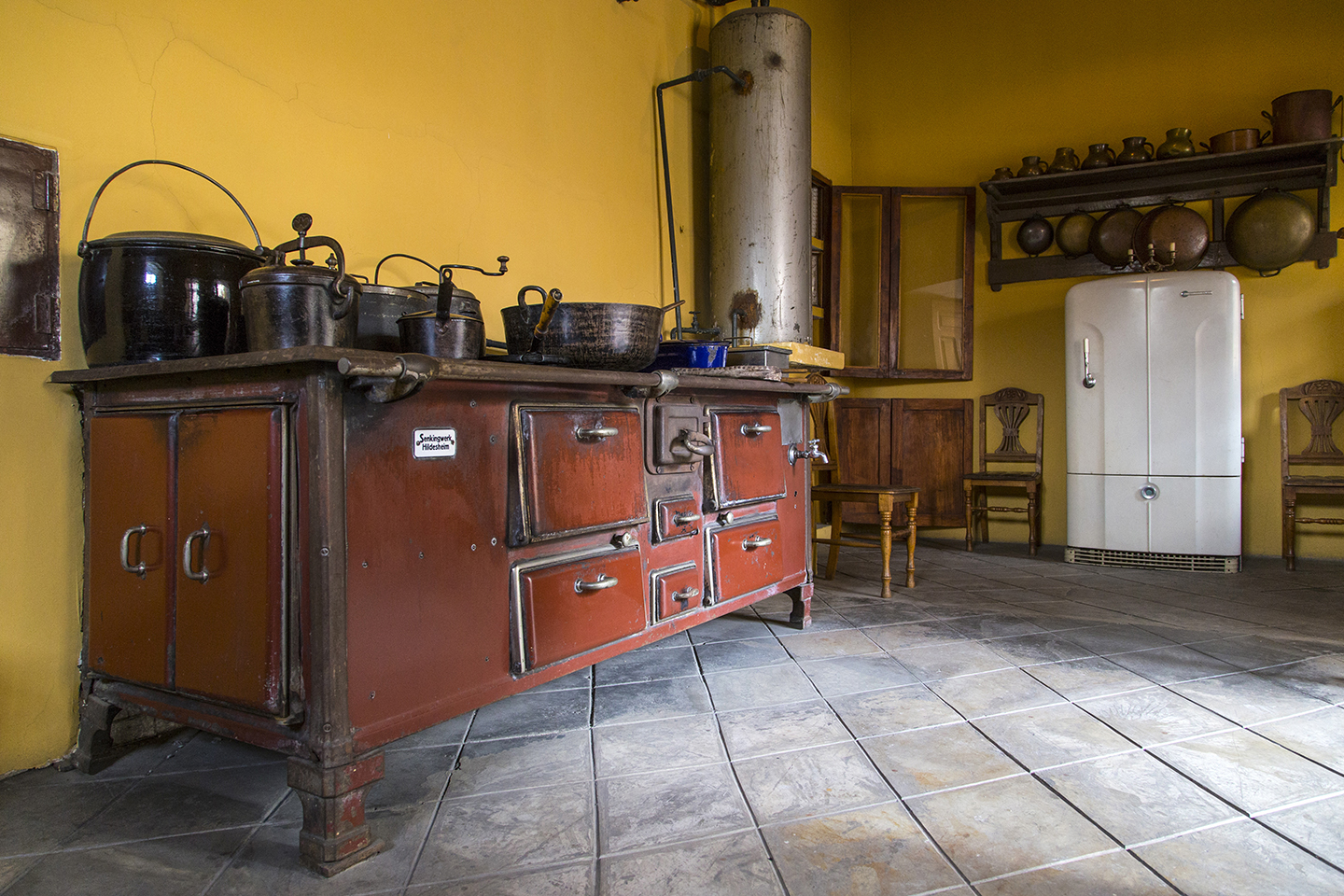 Her bathroom remains intact, so much so that even her perfume, Chanel No.5, rests under the mirror. The walls have hand painted murals and two old Venetian stained glass windows stand out. The bathroom pieces are English, while the floor and wall tiles are Belgian.

The dining room table is set with 19th century French tableware and solid silver cutlery. A bronze lamp hangs in the center, and a set of Baccarat crystals add to the tasteful display of the ways of this aristocratic family. 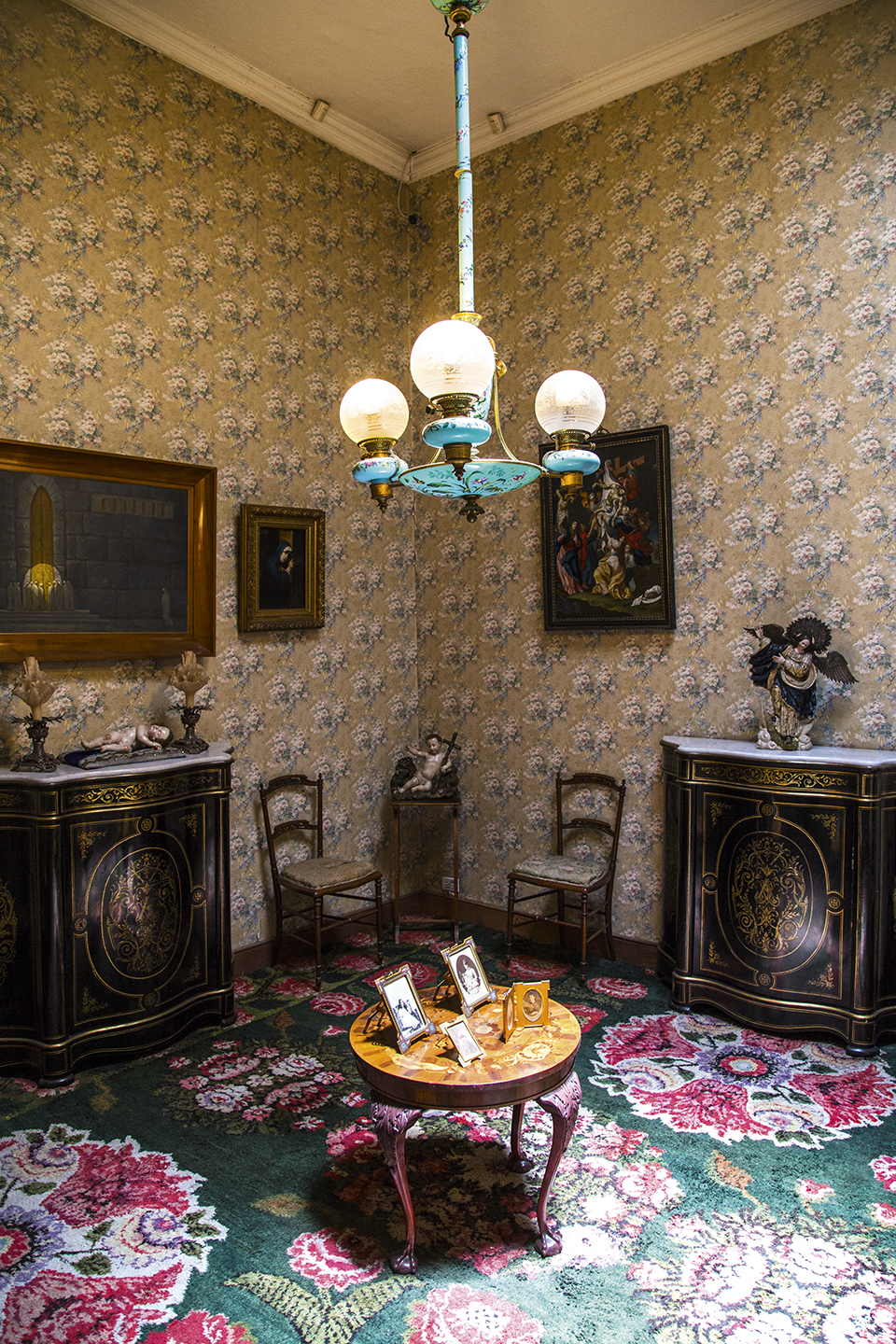 María Augusta was a patron of the artist Víctor Mideros, a symbolist painter, one of the best in Latin America, whose work is exhibited in the churches of La Merced and El Carmen, and in private homes like this one, where there are 89 of his most famous paintings. 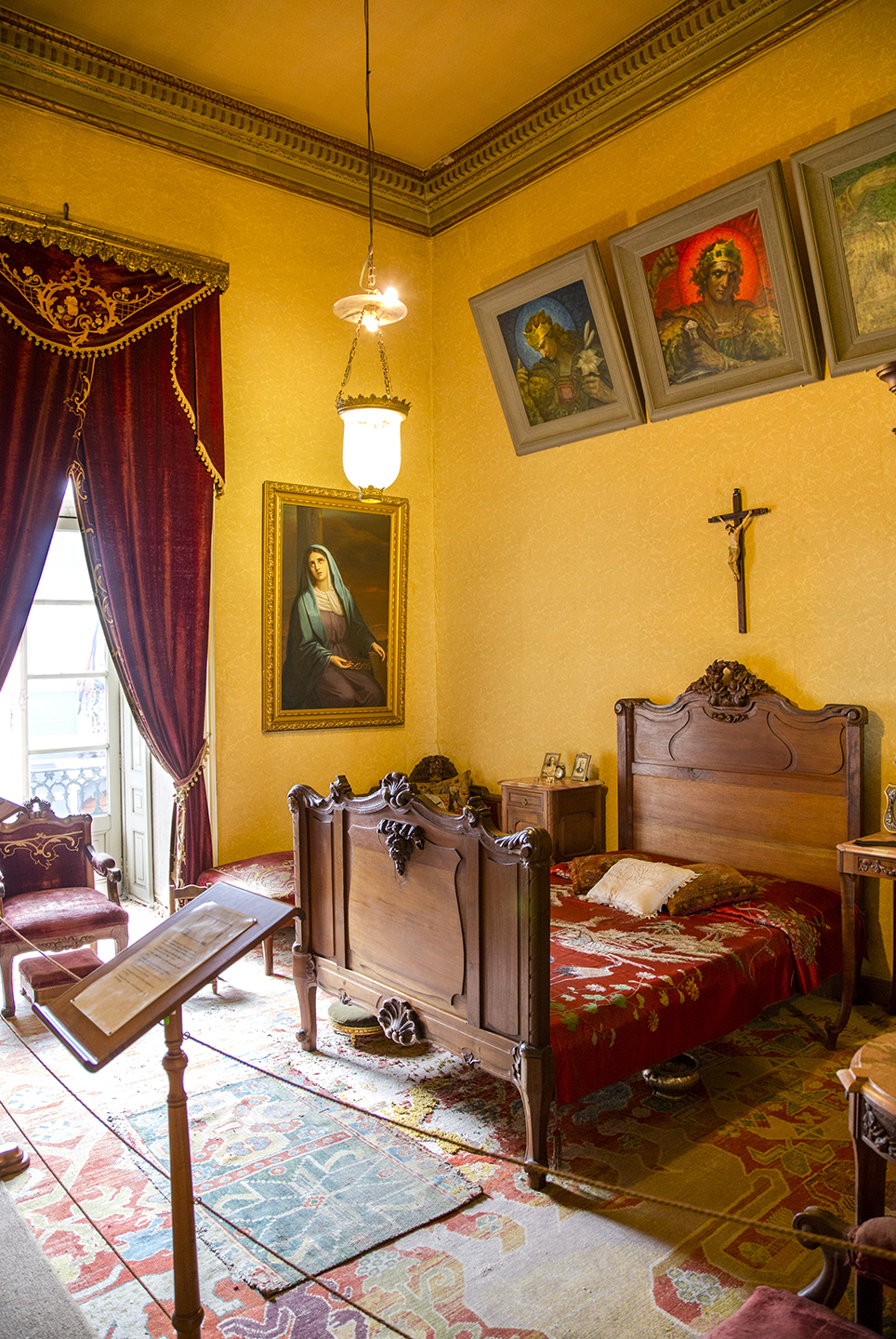 She provided dressing for the poor and the clerics, and in her house she had a room to manufacture the necessary clothing with sewing machines and small chairs, adapted for seamstresses to support their feet on the floor. In this setting there is a portable altar that dates from 1677, and a couple of antique bargueños of the XVIII century, which are wooden cabinets with many small drawers decorated with carvings, partly golden and partly bright colors. Two embroidered screens that were brought by his great-grandfather from China complete de decoration.

Very important pieces of artwork by Bernardo de Legarda and Manuel Caspicara, famous sculptors that belonged to the Quiteña School of Art of the XVIII century, are kept in the intimate living room, along with the series Seven Days of the Creation by Victor Mideros, a phonograph, and charcoal discs especially with Jazz music that was her favorite. 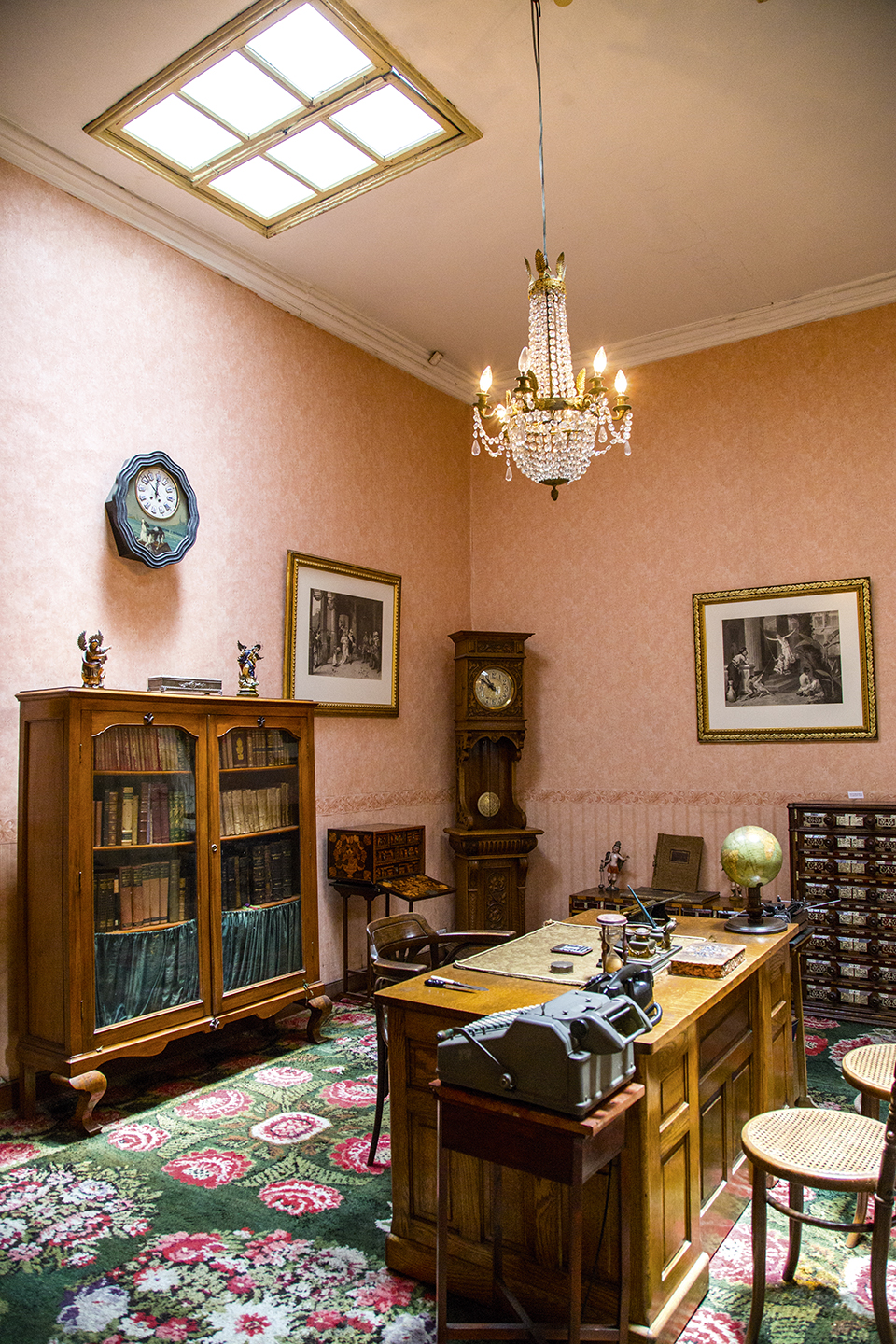 In the main bedroom her high level of religiosity is evidenced. Three paintings of Mideros that she ordered to be made: the Archangels Miguel, Gabriel and Rafael, hang on the wall behind the bed. A wooden chest with drawers still holds her brush, combs and mirrors. This room still maintains the original wallpaper.

One of the most striking sections of the house is where she welcomed prominent figures in the history of the country as her guests. The walls have mural paintings with floral designs that also appear in curtains and on the tapestries of the 19th century furniture, in this splendid room that holds secret treasures of conversations that determined many events of our history. 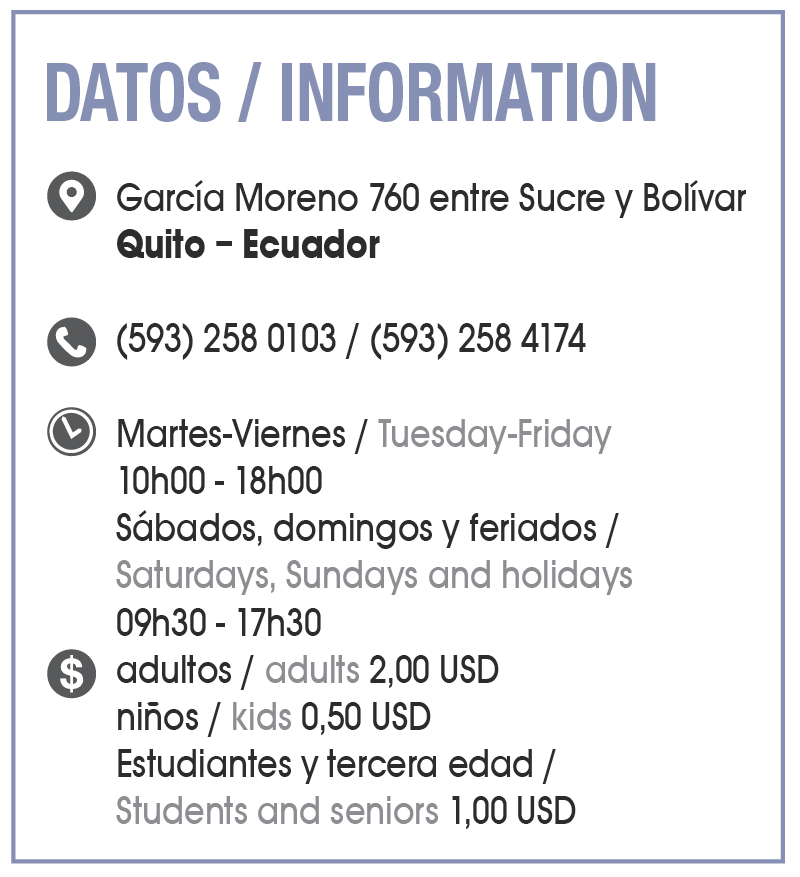 The museum houses a collection of photography from the XIX and early XX centuries highly recommended to visitors. Every corner of this house is indeed worth inspecting with detainment, to visualize and recreate in our minds way of life of such incredible times.