One of the most beautiful, traditional and representative convents in Quito is San Agustín (Saint Augustine) thanks to its mystic spirituality, its emotional artistry and, of course, its many legends. Practically dangling above a cliff overlooking the ravine of the Camino Real (the Royal Highway), it sometimes seems to be suspended from the sky through an invisible link.

San Agustín was a famed school of Theology for almost three centuries up to 1970. It was also home to San Fulgencio de los Agustinos University from 1586 through the mid 18th century. Today it’s the residence of a growing Augustine community, housing the convent´s museum and library plus areas for art, history and memorabilia of Ecuador´s early republican period. 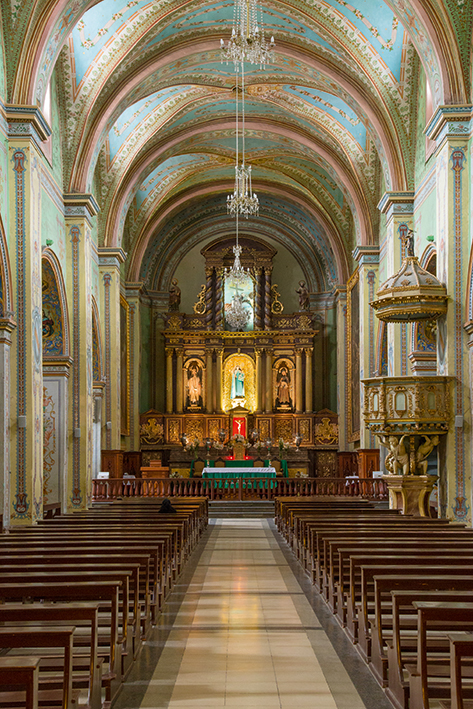 To enter the temple, visitors must walk down several steps. Past the entrance and the offices, we arrive at a magnificent patio with three royal palms and two “cumbi” (small) coconut palms. These are impressive trees some one hundred and fifty years old.

The main hall is gorgeous and distinguished. Upon entering, we can see at the back wall human scale crucifixes and several virgins, all looking back at the visitors. The art on the ceiling is breathtaking, whose scenes of life and death, faith and sacrifice, are both awesome and inspirational, surrounded with gold leaf and baroque wood paneling. 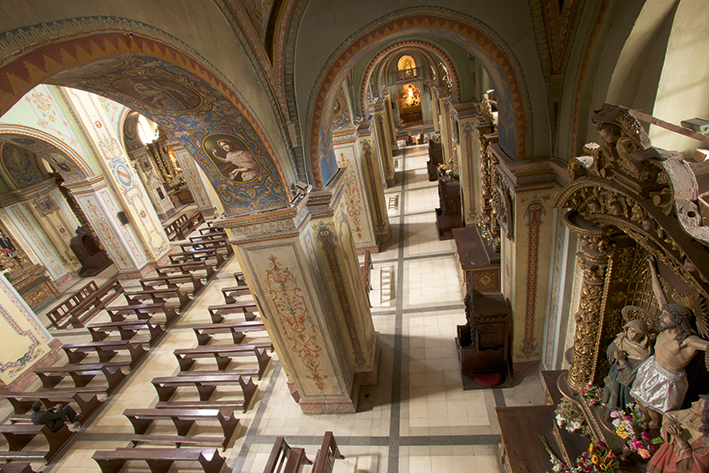 Towards the back, there are displays with unique historical documents such as the first Declaration of Independence and letters about the massacre of patriots by Spanish soldiers in August 1810, reminders of the sacrifices paid to obtain Ecuador´s liberty. On the way out we pass by a workshop where a dedicated team of artists has restored several huge and important paintings. We could observe some already restored to their original brilliance while others still show the damages caused by the passage of time. 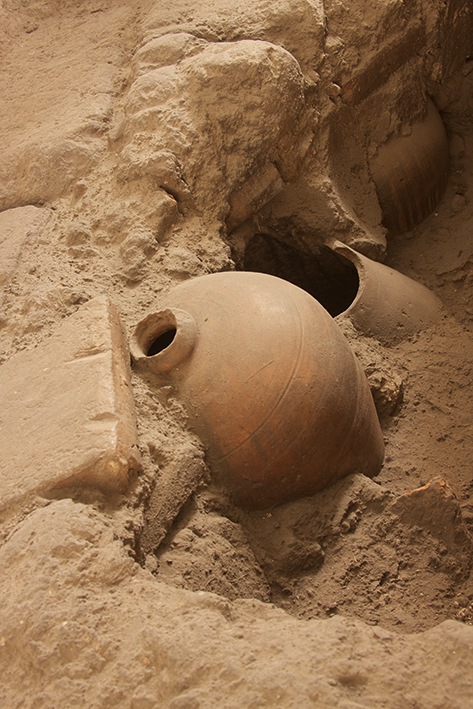 Back to the patio, a square water fountain topped by a cherub on horseback sprays water into the air. We climb up a palatial staircase to the first landing where art works from Quito and elsewhere are displayed.

It´s important to keep in mind that, from time to time, Quito has been struck by violent earthquakes and volcanic eruptions. These natural disasters afflicted the Quitus, a pre-Columbian indigenous tribe, and their fears led them to new techniques to protect large buildings from earthquakes. In San Agustín we can see beautiful clay pots embedded in the masonry. When first observed in colonial times, the Spanish conquistadors suspected these were treasure chests but, recently, engineers came to understand that these clay pots were in fact strengthening tools to enable these large structures to withstand earthquakes. 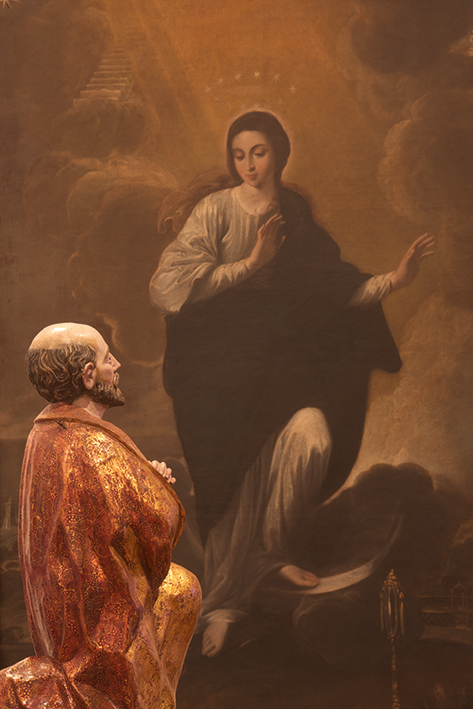 A few more steps up the staircase and we arrive at the top floor. Stupendous columns form acoustical arches that whisper the events that must have taken place. Classrooms are just ahead. As we enter, it´s very noticeable that the architectural design isolates external noise, so the Augustine novices and masters enjoyed quiet places to study as well as murals to paint their lessons. 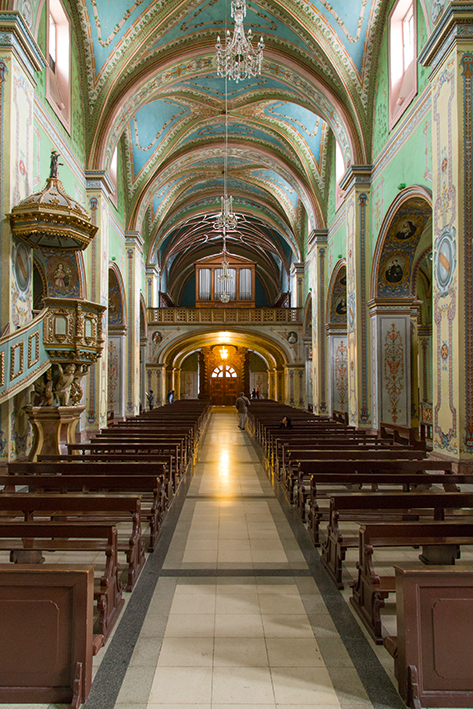 Behind thick walls, the Miguel de Santiago Museum and Art Hall displays paintings, sculptures and crucifixes that showcase the baroque splendor and the magnificent simplicity of the Quito school of art that flourished from the mid 16th to the late 18th century. The entrance to the San Agustín choir sports a piece of furniture impressive by its size, artistry and craftsmanship. The organ, placed almost at the edge of the choir, has a plaque that says “donated by Lady Clorinda Gangotena”.

The church honors a variety of flowers painted on its ceiling and columns, a style that gave birth to multiple legends in olden times. Gazing at the altarpieces we feel their hypnotic power and we can sense an atmosphere of intense faith. The main altar is a place to admire the beautiful work of Ecuadorean artists and craftsmen. Meanwhile, in the deep silence of the church, whisperings recount ancient tales. 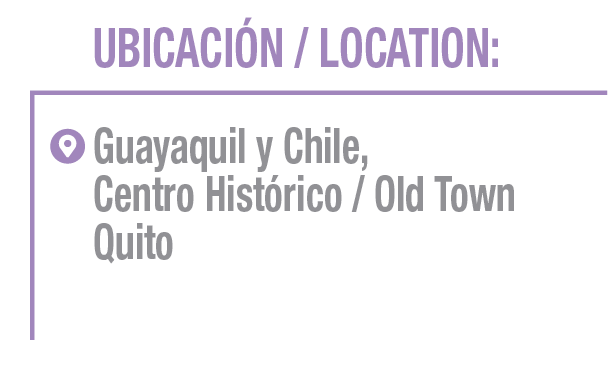 Walking up to San Agustín´s bell tower is like climbing up to Quito´s clouds to look carefully at the “line of the sun”. Other observations from this height are the Latin cross, the imaginary religious space bordered by the five most important churches, and the seven sacred hills of Quito. The photos in this article will surely entice our readers to live the experience of wandering around San Agustín.