A few blocks off the Plaza de San Francisco, right at Quito’s Historical Zone, a priority site awaits the visit of domestic and foreign tourists. It is the Casa del Alabado – a pre-Columbian art museum that opened its doors four years ago.

This cultural and historical wealth was made true through a donation made by Fundación Tolita, a not-for-profit foundation that intends to protect the nation’s cultural heritage. Under its safekeeping and protection, 4,500 pieces await temporary exhibitions arranged by the Museum. 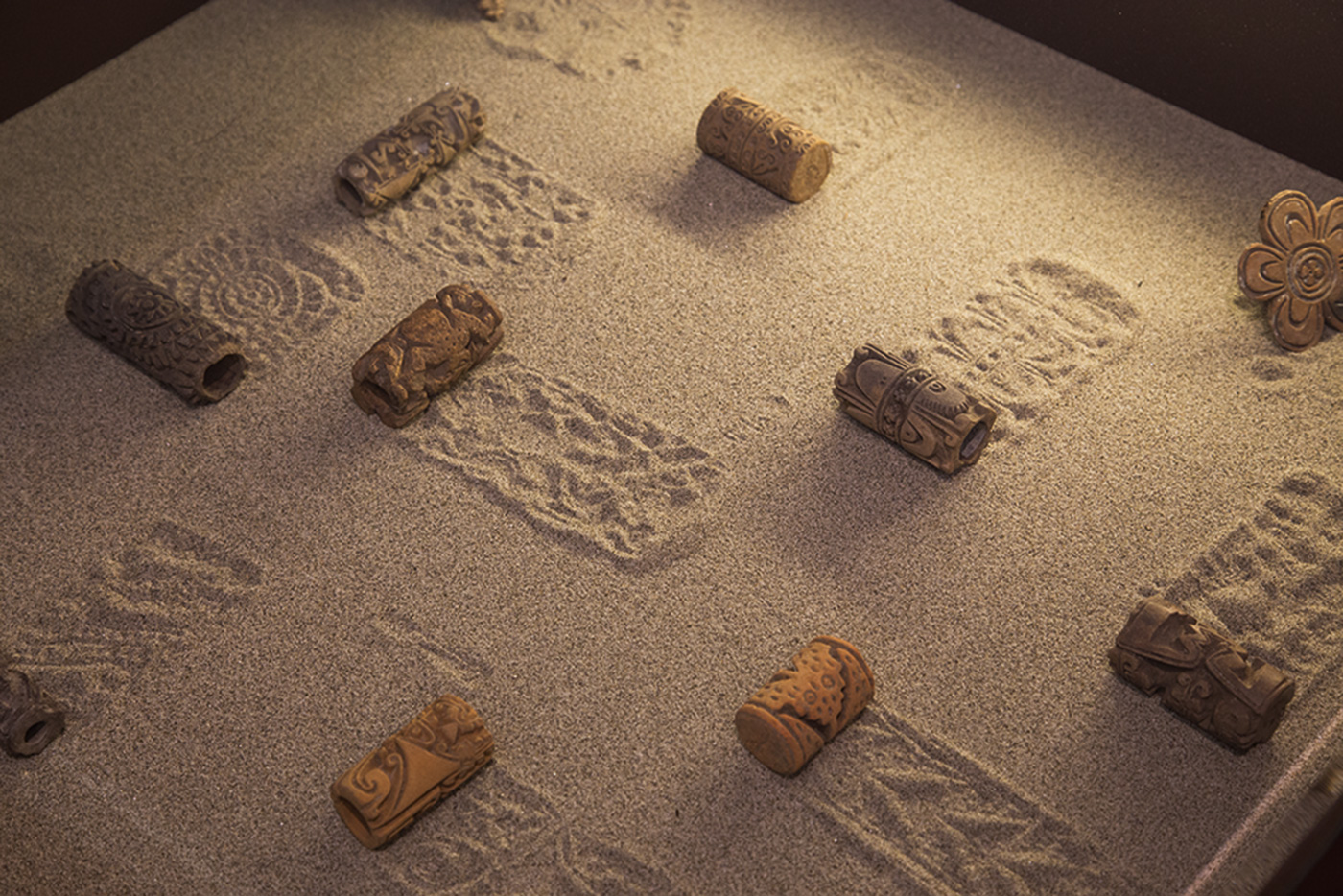 Casa del Alabado is not an archaeological museum per se, nor has it arranged chronological events; neither does it provide specific details on the cultures that inhabited Ecuador thousands of years ago. It is rather an art and thematic museum, affording the opportunity to appreciate art expressions of Pre-Columbian cultures such as Chorrera, Jama, Manteña, Carchi-Pasto, Valdivia, Napo, Chaupicruz, to mention a few.

The collection is distributed according to worlds: Infra-world, Mid-world, and Supra-world. The Infra-world relates the most primitive aspects, exhibiting beautiful pieces carved out of an immortal element: stone. Since it is a theme museum, the exhibition halls are also related to the contents. Walls for the Infra-world exhibition are made of stone; the ambiance is dark and rather cool, similar to what the habitat of the ancestors must have been. Many pieces pertaining to the Valdivia and Chaupicruz cultures can be appreciated here.  Even if the first correspond to the Coastal region and the second to the Highlands, art finds significant connections, and this is what the Museum seeks to do: establish a dialogue with the past, transcending boundaries and cultural traditions. 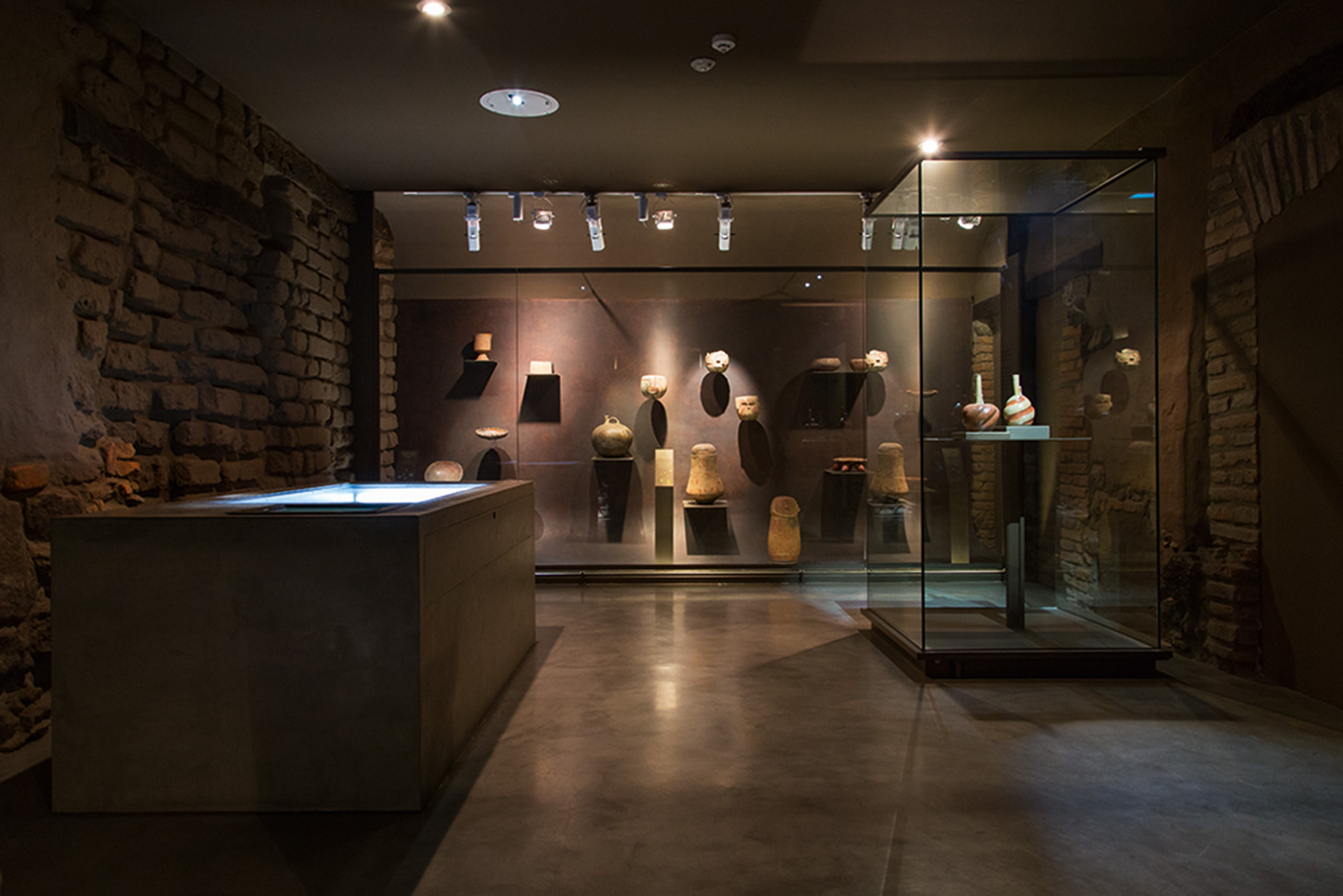 The Infra-world halls also exhibit objects that were used for funeral ceremonies, such as urns that had several uses. Some are interpreted as vessels that were intended to conserve ashes; other destined to bones. This last item gives an idea as to how the ancestors left their dead out in the weather, for nature to deal with the remains, and later gathered the bones to bury them.

The Mid-world refers to materials, to fertility and artistic techniques. For instance, carving by the friction of stone against stone, or cutting by thread wear, are some of the most ornate. Pastillaje (plaster) and Engobe (post-kiln coloring by using a paste that combined clay and natural elements) were common techniques applied to ceramics, and can be observed in detail in this collection.

Inside the halls comprising the Supra-world you can observe all that which is mystical and spiritual, stemming from heroic beings and divinity. The representation of shamans deserves close-detailed appreciation.  As a matter of fact, the largest piece in the museum is a shaman in trance, holding in his hands a sort of cylinder from where the substance causing hallucinations was kept. His eyes are puffy and the body looks strong and impressive.

The tour lasts approximately one hour. Visitors are at liberty to choose an audio-guide or make a guided tour, or simply to get lost alone around the house which, by itself, holds an unbelievable historical value. It was built during the XVII century, probably a colonial residential home. Although no accurate data are available, it is believed that it belonged to some member of the elite since it originally had six internal ‘patios’ or courtyards, and during colonial times an internal courtyard was evidence of purchasing power. Even if colonial Quito was not ostentatious in public life, it was so in private life.

Another not-to-miss nook in the house is the Figs’. Here, an old fig tree exceeding 150 years of age exists and gave the house its original name, that was  kept until it was fully reconstructed. Casa del Higo was then called Casa del Alabado due to an inscription found on a tombstone: “Praised be the Sainted Sacrament; this gateway door was finished in 1671”. The restoration work was time-consuming; the search for materials having the same adobe foundations albeit having greater resistance and duration was relentless. The reconstruction is attributed to architect Luis López, who conserved the essence of the original house and provided the perfect structure to harbor a welcoming, mystic and artistically admirable museum.