Visiting Quito´s historic center is going on a journey into our history. In this occasion I will take you to the corners, doors and balconies that marked the hearts of Ecuadorian heroines and heroes. To go back in time time I interviewed Héctor López Molina, historian and founder of Los Ladrillos de Quito blog.

Each of these stories is real and took place among geraniums and laughter, tears and battles, velvet and politics.

The hero and the woman in friar costume

The love story of one of the great Latin American heroes and leader of our independence begins at Plaza de Santo Domingo. On the afternoon of May 24, 1822, Antonio José de Sucre finds glory and love in the same day. For this reason, -López Molina emphasizes,- that for the Grand Marshal, Quito and that specific date forever marked his heart and his life. 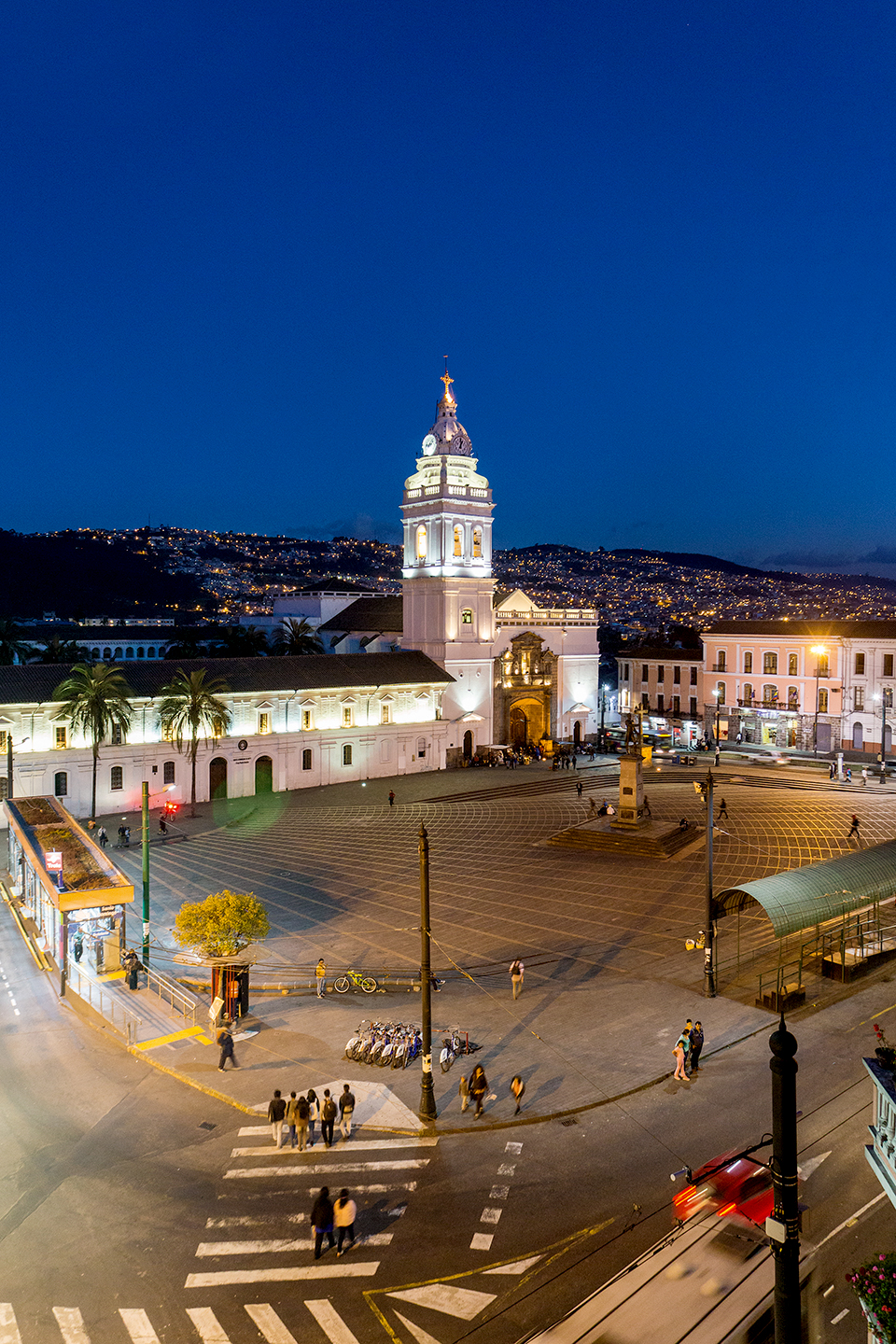 “After his troops took the Panecillo fort, Sucre entered Quito through what is now Maldonado Avenue. That same afternoon he entered one of the most important points in the city at that time: Plaza de Santo Domingo, where those who supported the independence struggled greet him”, the historian relates. He was excited, feeling victory at last, standing in the square center, but his gaze stopped at a window in the convent second floor. The figure of a young woman, dressed as a friar with a beautiful face and long hair, captured his attention. 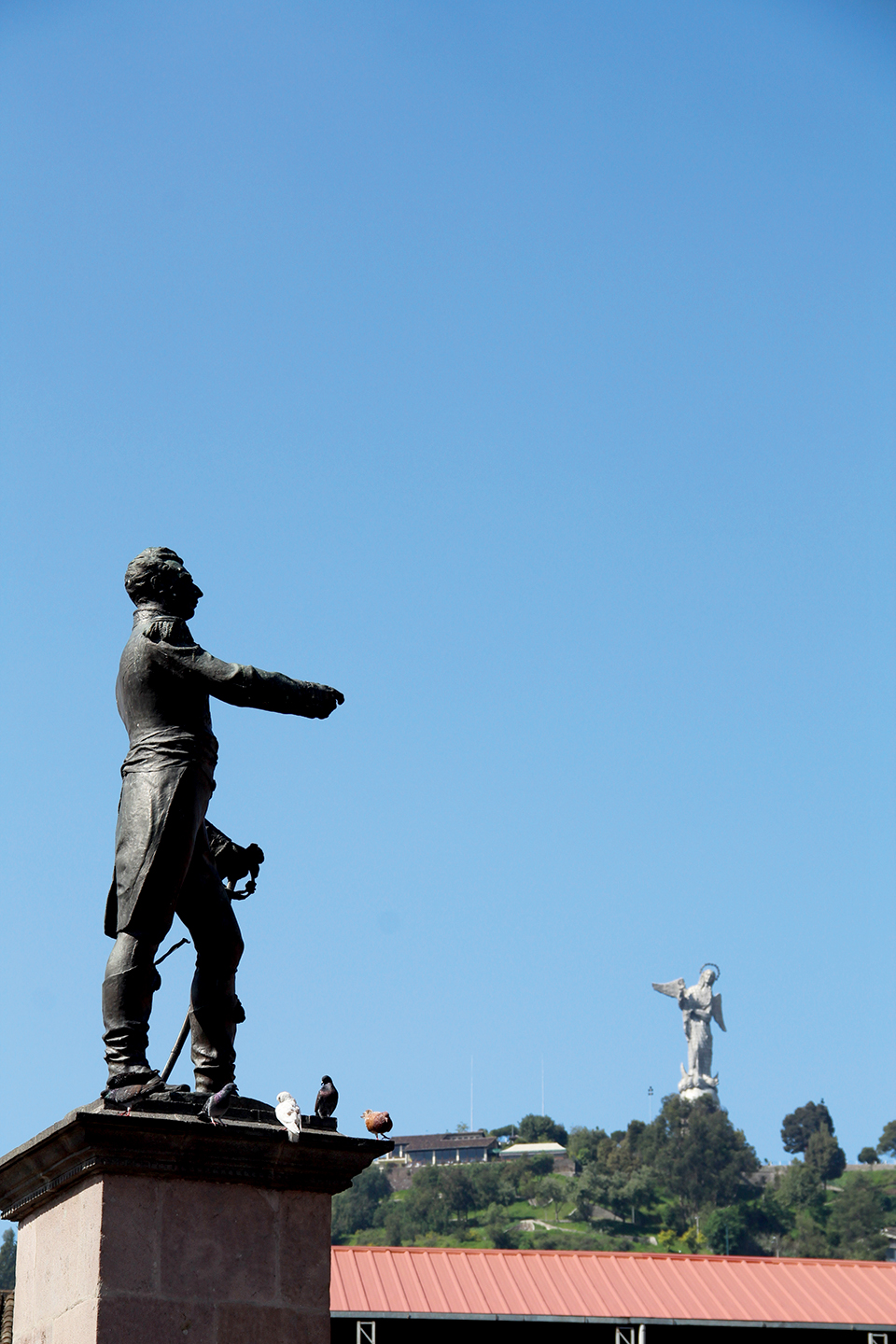 One of his soldiers informs Sucre that the mysterious and beautiful young woman dressed as a friar was the Marquis of Solanda, Felipe Carcelén de Guevara and Sánchez de Orellana daughter, who along with her sisters and mother had hidden in Santo Domingo convent to protect themselves from the Spanish. Sucre soon identified the noble man who, at that time, was imprisoned precisely for having economically supported his campaign for independence.

Sucre requested to meet with Marquesa de Solanda and her daughters, to thank them. This appointment takes place in “Santa Elena” house, located in front of the convent; known by this name because a carved in stone image of St. Helena of Constantinople decorates its portal. If you walk through there today, you can still find it.

It is in this house where, Grand Marshal meets Mariana Carcelén for the first time. 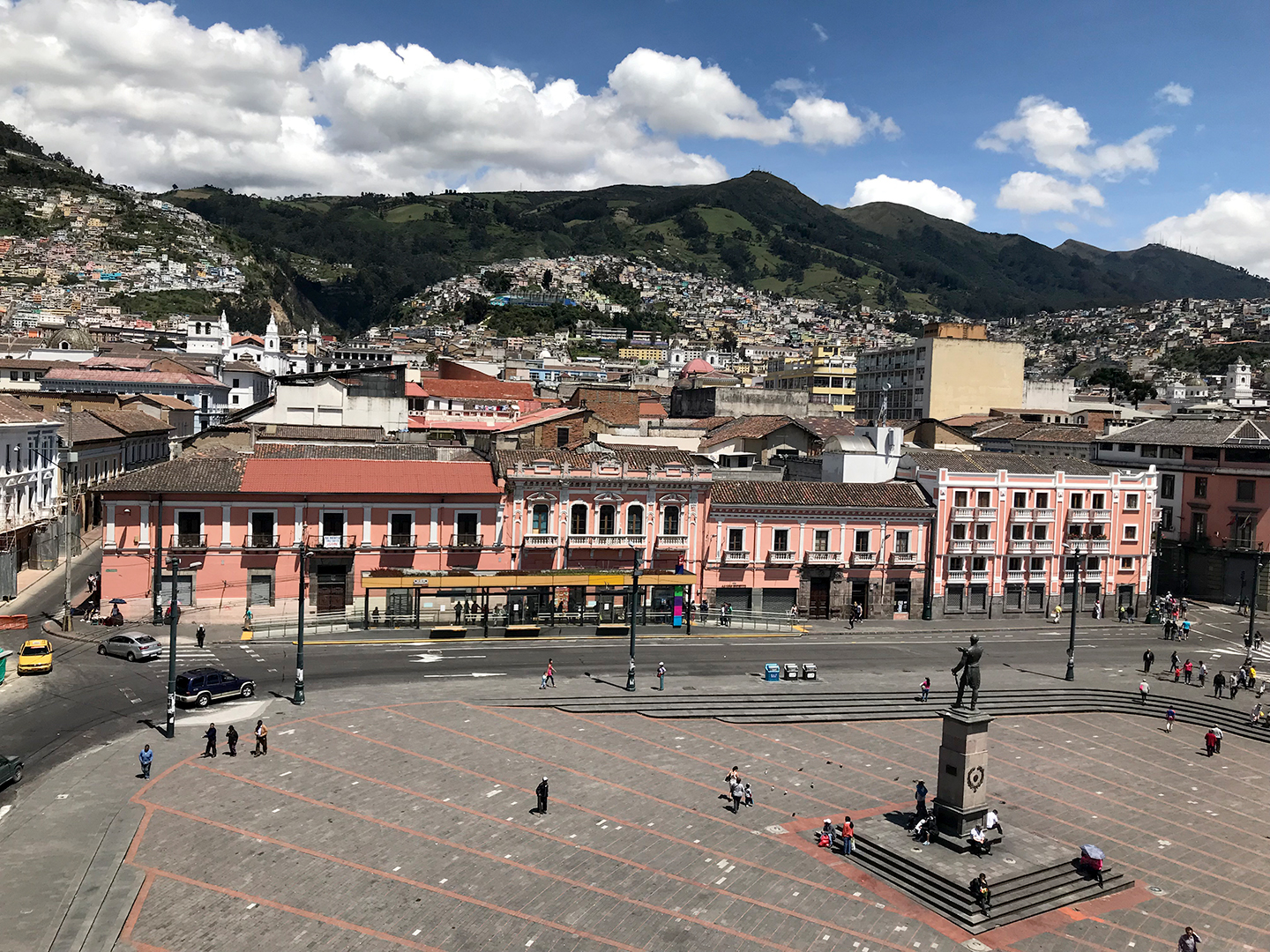 Celebrations took place in Quito to applaud victory, and Sucre danced, laughed and conquered beautiful Mariana. In 1823 they got engaged and five years later they were married by means of a proxy, since General Antonio José de Sucre was in Bolivia and had assumed the presidency of that country. The marshal was represented at the wedding by one of his best friends, General Vicente Aguirre, husband of Rosa Montúfar, an independence hero and daughter of Marquis of Selva Alegre. Once Sucre resigned as president of Bolivia, he moved back to Quito and started his life with Mariana”, the researcher concludes. 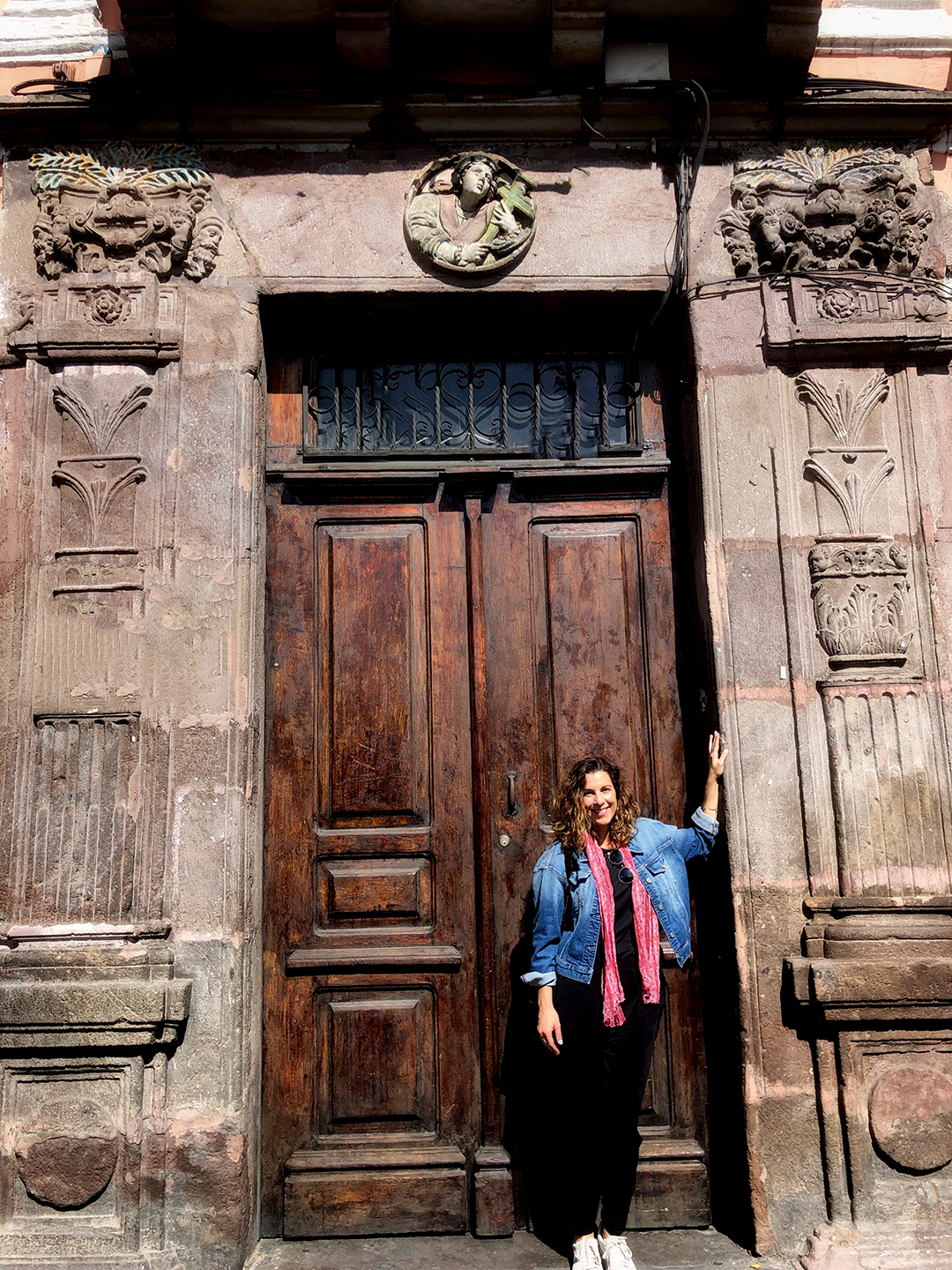 If you have sighed so far, stop.

Sucre and Mariana had a daughter, who was called Teresa after her grandmother. A few days after her birth, the marshal left to attend Bogotá´s Admirable Congress in an attempt to save Gran Colombia. On the morning of June 4, 1830, on Berruecos Mountain, 30km from Pasto, Antonio José de Sucre, Pichincha´s hero, is assassinated. 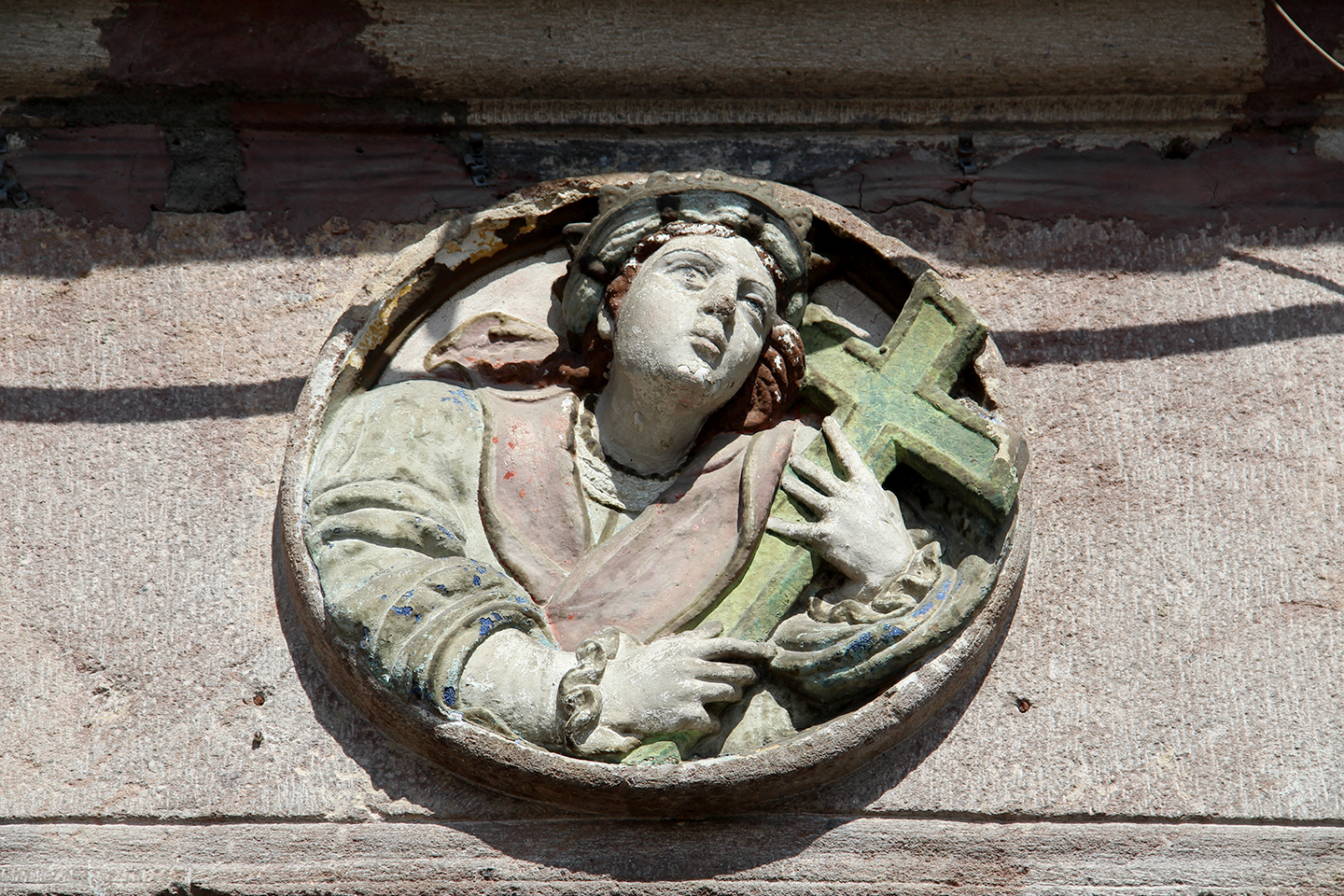 After a strict mourning period, Mariana Carcelén marries Isidoro Barriga, one of the marshals trusted men and battle partner. “To Sucre they married me, to Barriga I got married”, Mariana affirmed, thus burying her idyllic love with the marshal.

The crush came from the balcony

In one of Plaza de la Independencia corners, two libertarian hearts wrapped in glory and passion encounter for the first time: Simón Bolívar and Manuela Sáenz. 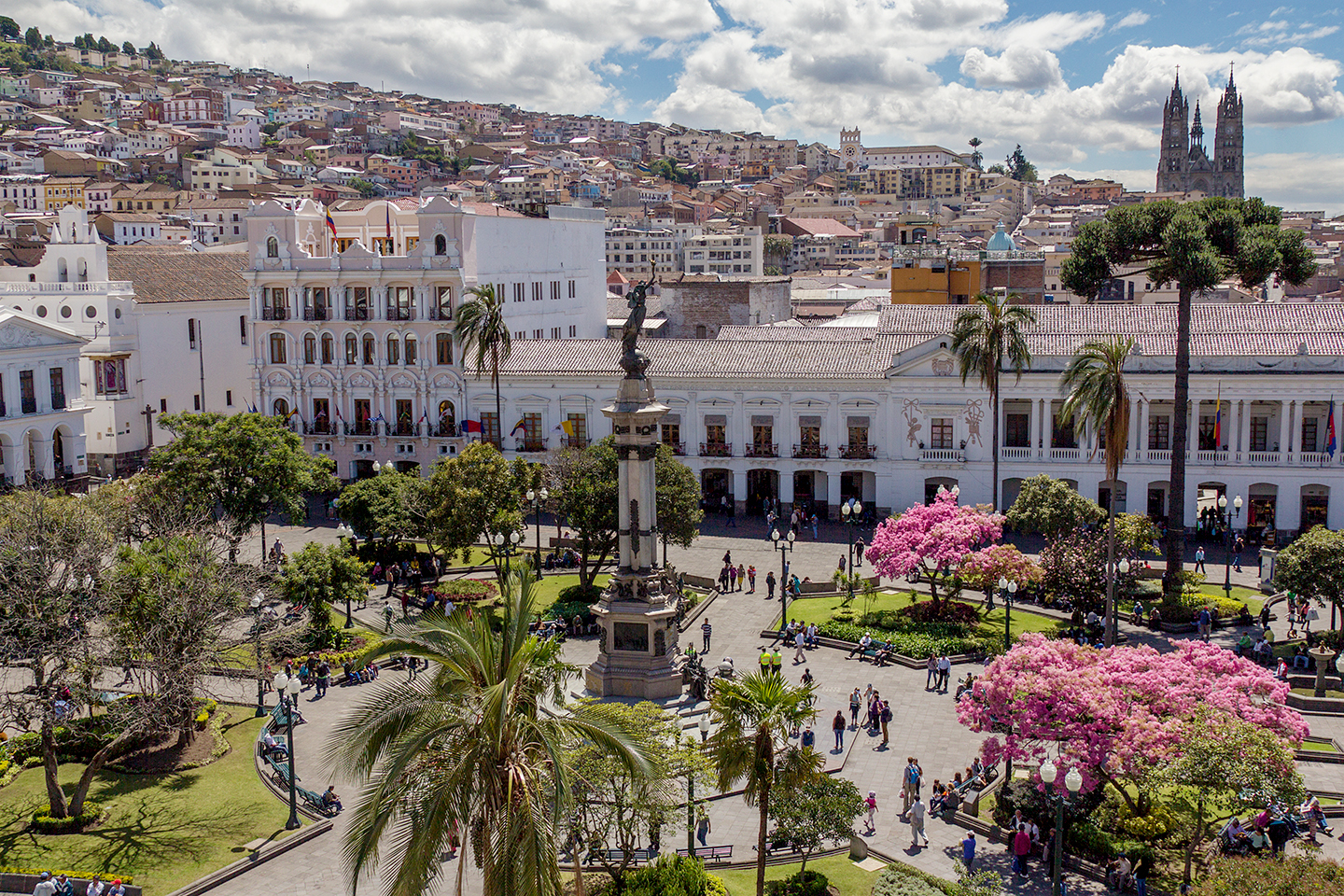 Héctor begins this story by locating the scene in time. It happened on June 16, 1822, just a few weeks after Pichincha´s Battle, when Bolivar triumphantly entered Quito, he said. 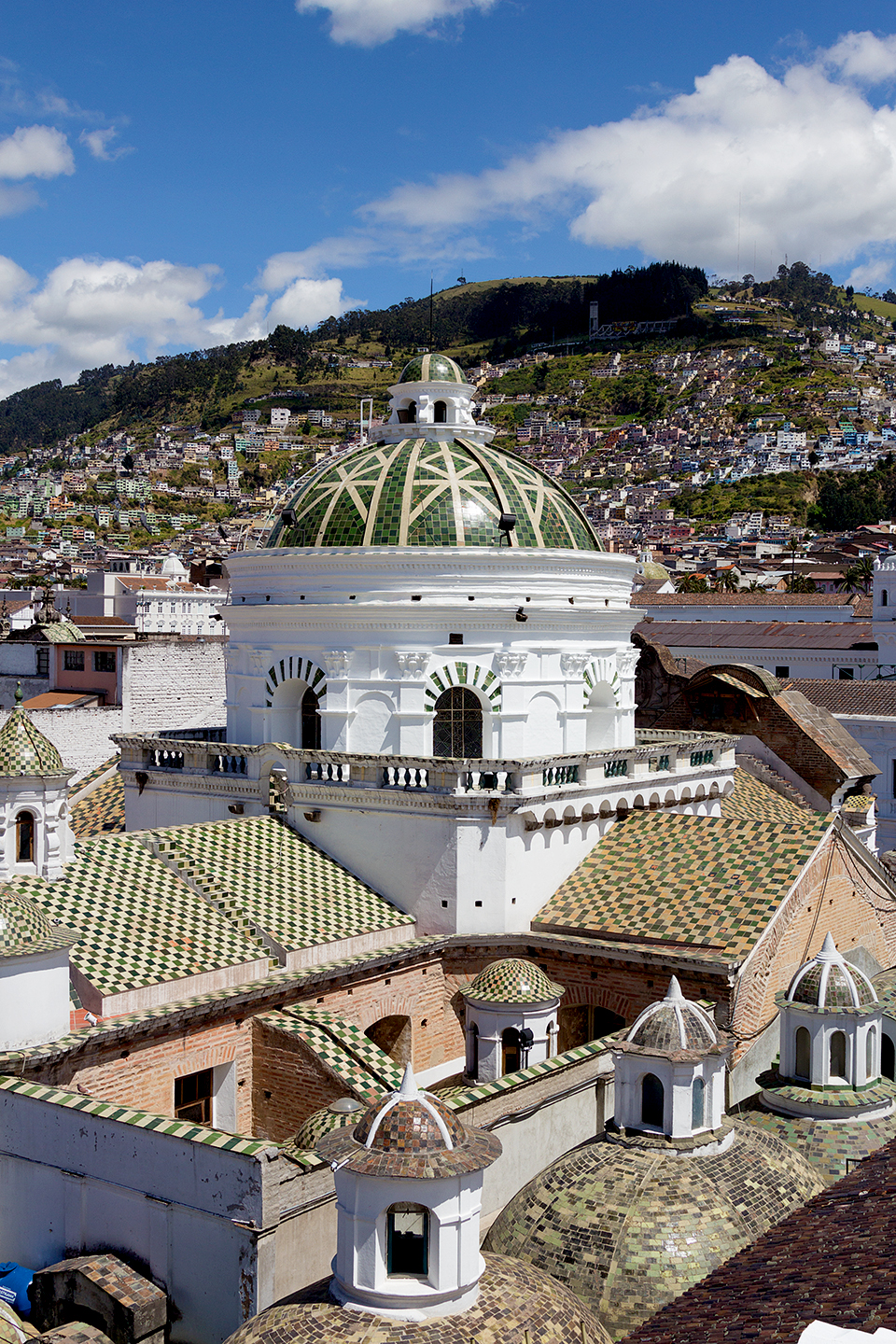 Can you imagine hundreds of citizens greeting the hero with flowers and garlands? Well, among that cheerful crowd, but on a privileged balcony of Peña’s family home, was Manuela Sáenz Aizpuru.

While Simón Bolívar was riding on his noble horse in the parade, Manuela excitedly threw the wreath of laurels and roses from the balcony; and something unusual and magical happened: stunning Manuela´s beautiful crown, which was big and heavy, touched the soldier´s chest, and fell to the floor scaring the Liberator´s horse. The animal, frightened, lifted its legs and neighs, almost knocking down the brave hero. 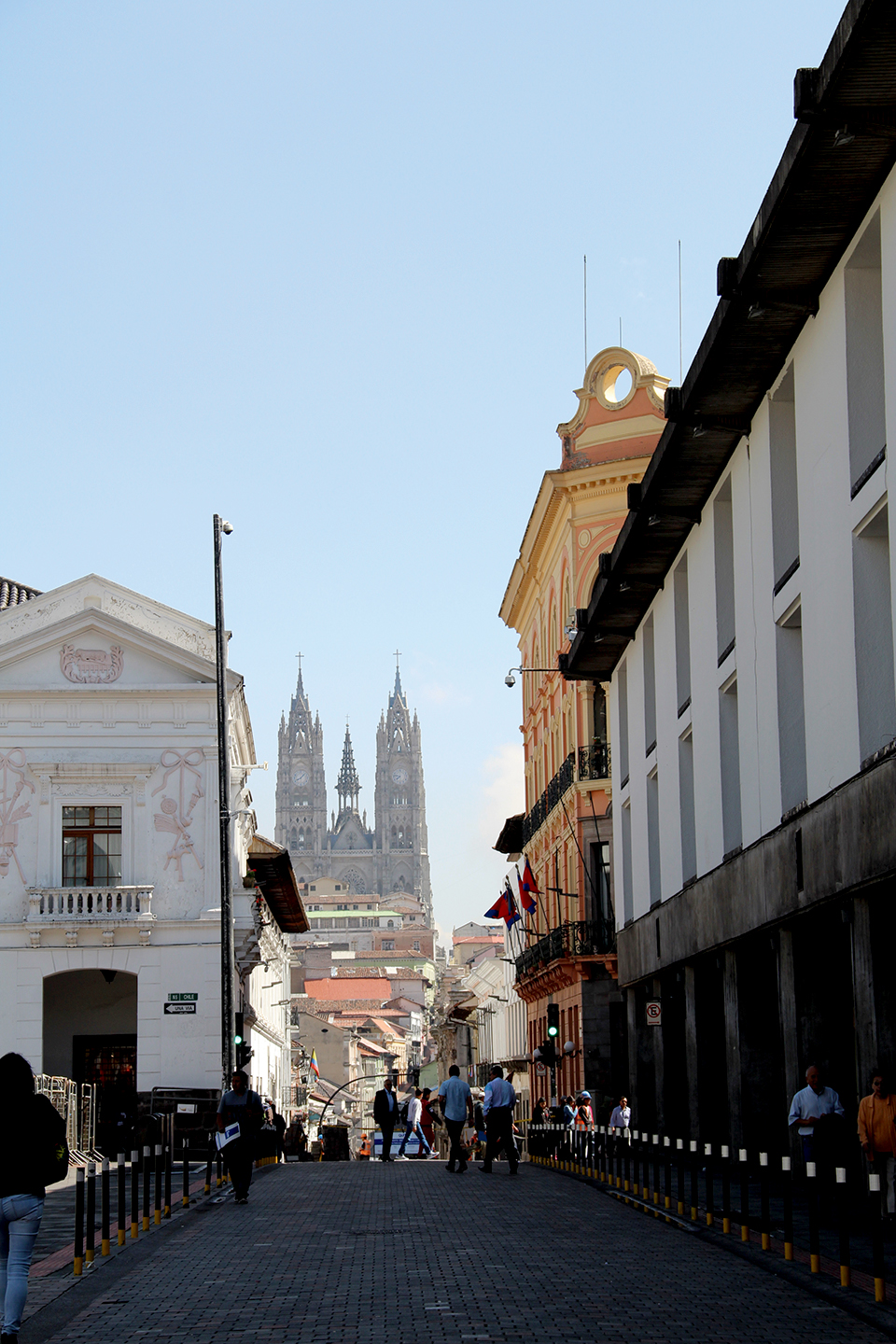 Simón Bolívar, as Héctor tells us, starts looking around to find the one to blame for such a rumble, and meets eye to eye with sweet Manuela intense, flirtatious and blushing look. This, literally, was his first crush.

Later, in “Victory Dance”, one of many celebrations in honor of the Liberator and his troops, the first conversation between them took place. According to Manuela, as written in one of her diaries, during that welcome dance the gallant liberator whispered her: “Madam, if my soldiers had your aim, we would already have won the war in Spain.” Manuela and Simón danced to the beat of the music, they would do it for the rest of their days, with their hearts beating at the same pace as their ideals. That night the destiny of free America was sealed. 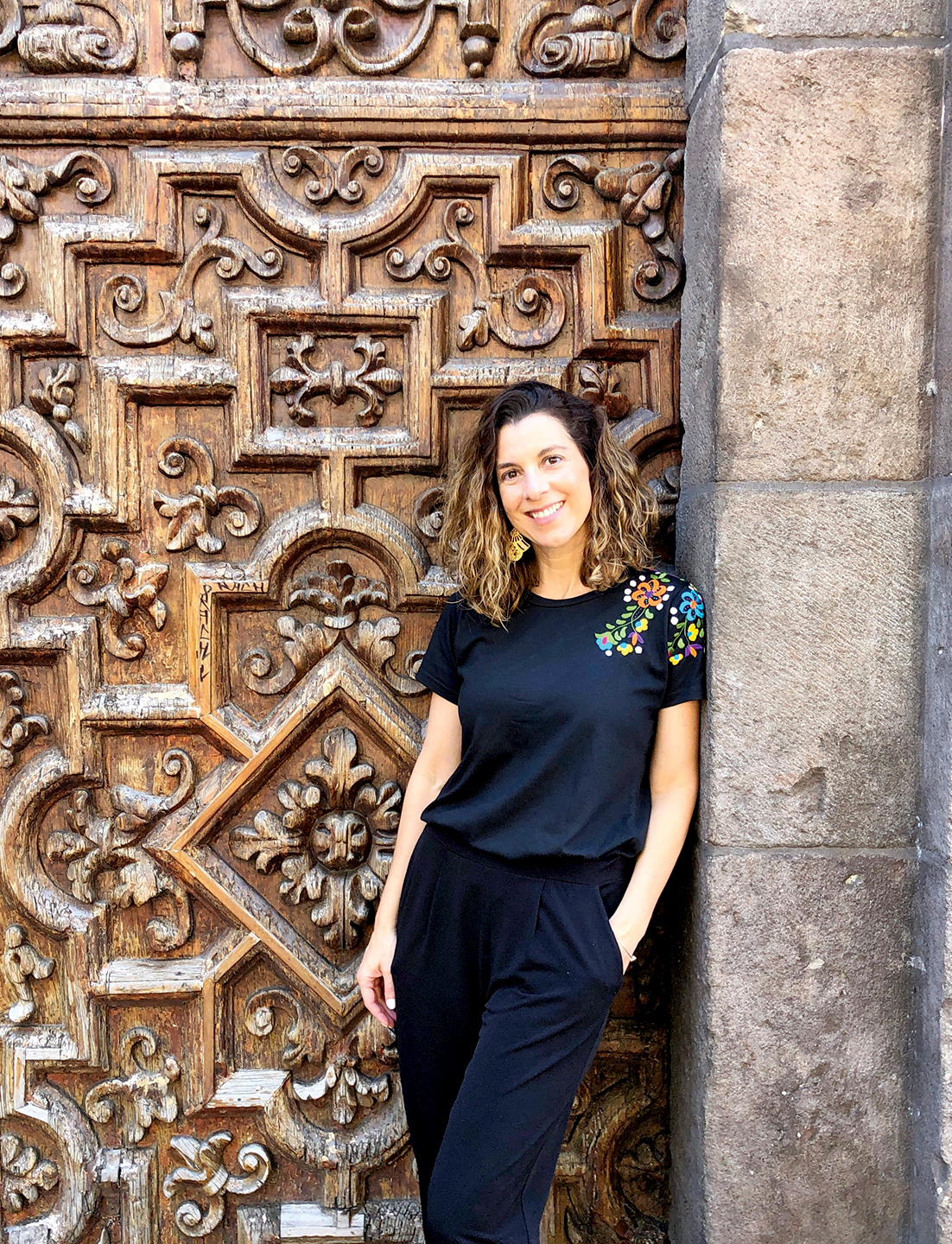 And what about that romantic balcony?

The property that belonged to Peña´s family is on Chile and Venezuela streets corner, in which Bolívar saw Manuela Sáenz for the first time.

According to López Molina research, the original house remained until 1930, when the property owners built what is today the Metropolitan Hotel.

This building maintains the corner balcony as a reminder of the first scenario where this passionate love started. Currently, this house belongs to the Municipality.

A balcony and two eye contacts were enough to seal libertarian America´s destiny. Together, Manuela and Simón would fight for the same ideals until the end of their days. 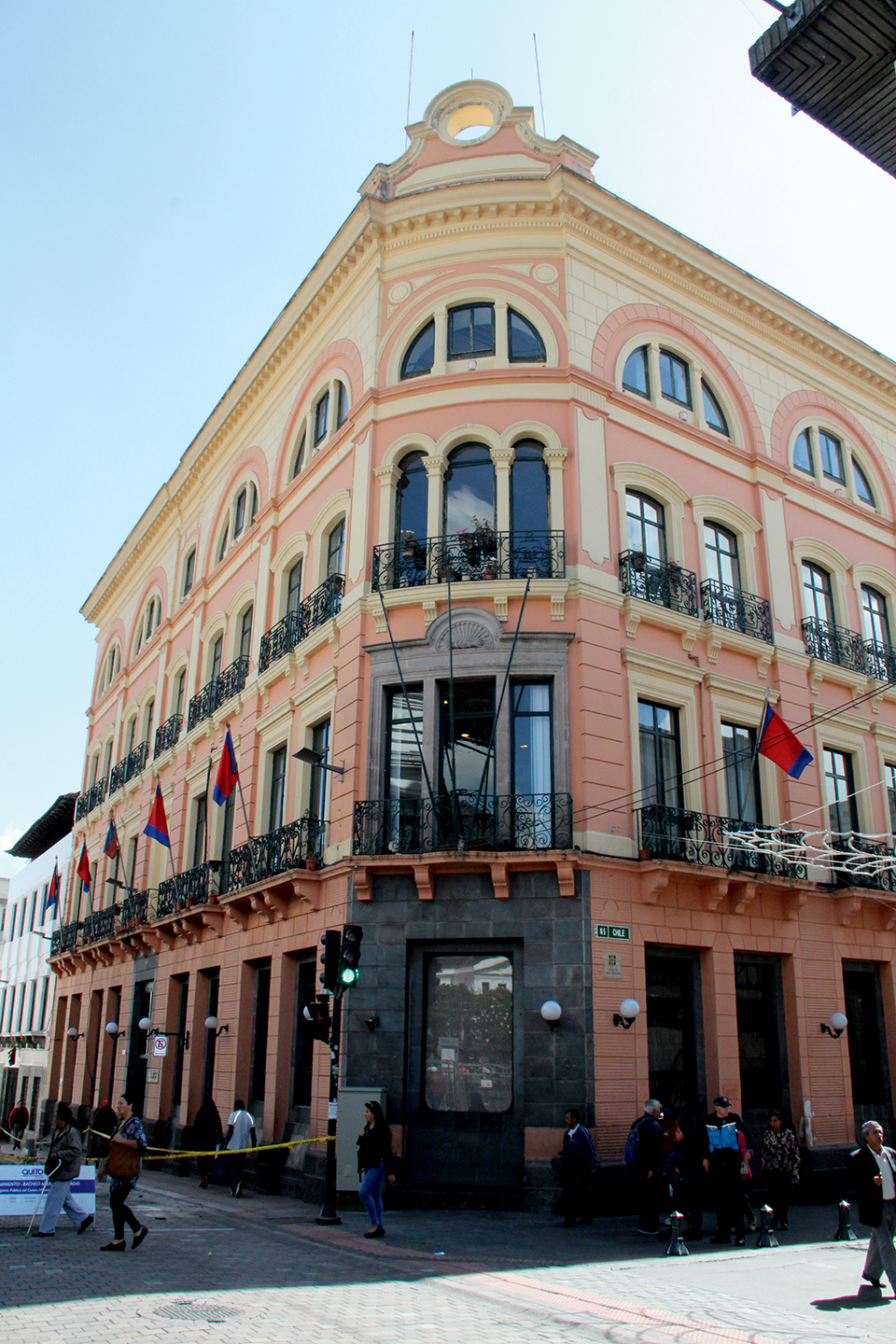