Ecuadorian gastronomy is most diverse, and its contribution to national identity is undoubtable. Latitud Zero, one of the most renown gastronomic events in the country, established alliances with two other important fairs in Ecuador: Ecuador Cultura Gourmet in Quito, and Raíces in Guayaquil, presenting leading exponents both national and international together with producers and handcrafters of the country. The event promoted the national culinary heritage, valuing the regional and its projection on the international arena. In this framework, Ecuadorian and foreign chefs addressed our concerns and shared their good taste with us. 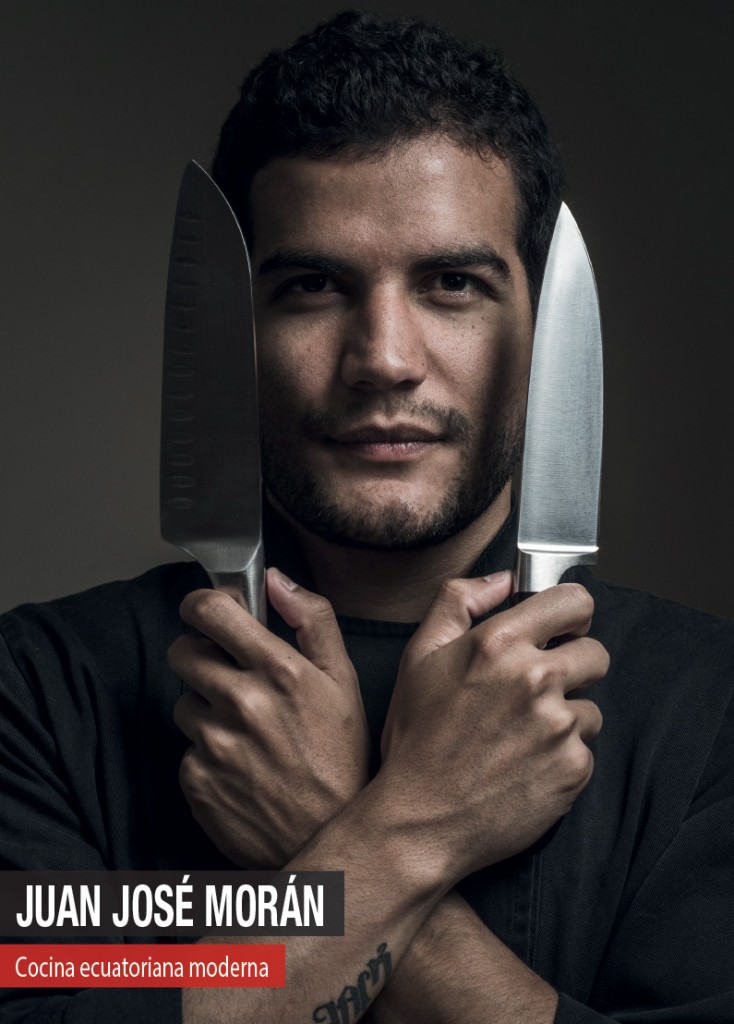 At your only 25 years of age you have won the Young Ecuadorian Value Award (JOVE – Joven Valor Ecuatoriano), granted by Latitud Zero.

Can you tell us about your professional career?

I started working at the warehouse of the Instituto Superior de Arte Culinario (Institute of Culinary Art) in Guayaquil; then I won a contest and had the opportunity to go the Antarctica, to the Scientific Station Pedro Vicente Maldonado, where I worked as a cook for two months. Upon my return to Ecuador I was part of the Don Francis restaurant in Guayaquil and later sous chef for two years at the Presidency of the Republic. I went back to Guayaquil invited by several restaurants, and travelled to Europe to find great inspiration in Spanish cuisine, specially tapas. When I came back I started my own restaurant, La Pizarra, which specializes in Ecuadorian-style tapas.

What is the JOVE award?

It is a gastronomic award granted to young people who promote Ecuadorian flavors and typical cuisine. This award also takes into consideration the chef´s career.

When did you realize cooking was your passion?

I have liked cooking all my life; my mother and my grandmother are cooks so I was involved in this world at an early age. I always liked to work with my hands, so I took gastronomy really seriously.

Which Ecuadorian dish do you like preparing the most?

Duck, chicken, pork and meat stews; they really represent Ecuadorian cuisine, and they are a mix of exquisite flavors: acid, sweet, etc. The taste of naranjilla is a highlight, and it is also local.

Which do you consider the Ecuadorian star specialty?

Which is your favorite site in the country?

What I love about Ecuador is that everything is close by; in just one day you can be in the coast, highlands and Amazon. Therefore in the highlands you can find fresh fish and in the coast you can get andean products such as corn on the cob or potatoes; you can always count on having fresh products.

In Ecuador, which is your favorite place?

I fell in love with Quito; it is a city of vast culture, art, music, and a broad gastronomic offer. My favorite place in Quito is La Carolina Park.

I fell in love with Quito; it is a city of vast culture, art, music, and a broad gastronomic offer. 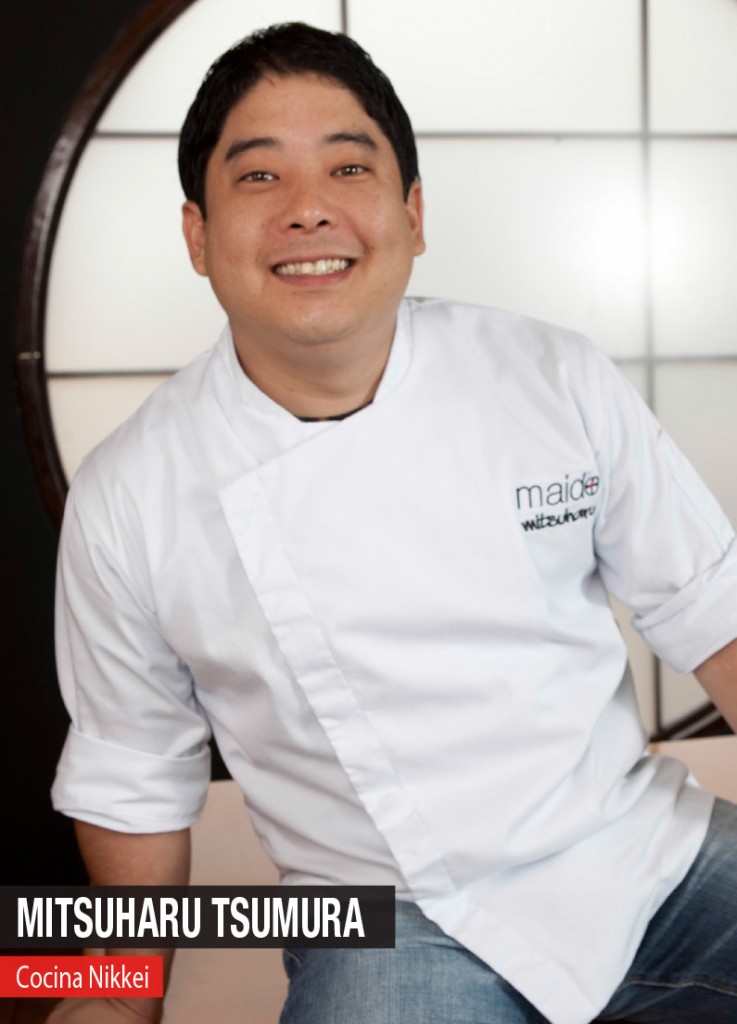 Any spice you cannot do without when cooking?

Yellow and rocoto chili; an andean tuber known as maca; amazonian fruits such as camu-camu; japanese cocona and miso.

How long have you been cooking?

15 years; but I have loved cooking since I was eight. I used to watch cooking programs on television at home, and then prepare the recipes on my own, without my parents´ help. Back then no one studied gastronomy, I just did it by instinct.

Where did you study gastronomy?

In the United States, at Johnson & Wales University in Rhode Island. Later I specialized in Japan where I stayed two years, and worked in two restaurants in Osaka, one specialized in sushi and the other in Japanese tapas.

I loved mixed ceviche, with black scallops and shrimp. I also liked breaded sea bass, Yahuarlocro and the fried pork skin served with hornado (baked pork). The place where I most enjoyed eating was San Juan Market.

Which of the places you visited drew your attention the most?

I was in awe at the historic downtown area, I loved the lighting! 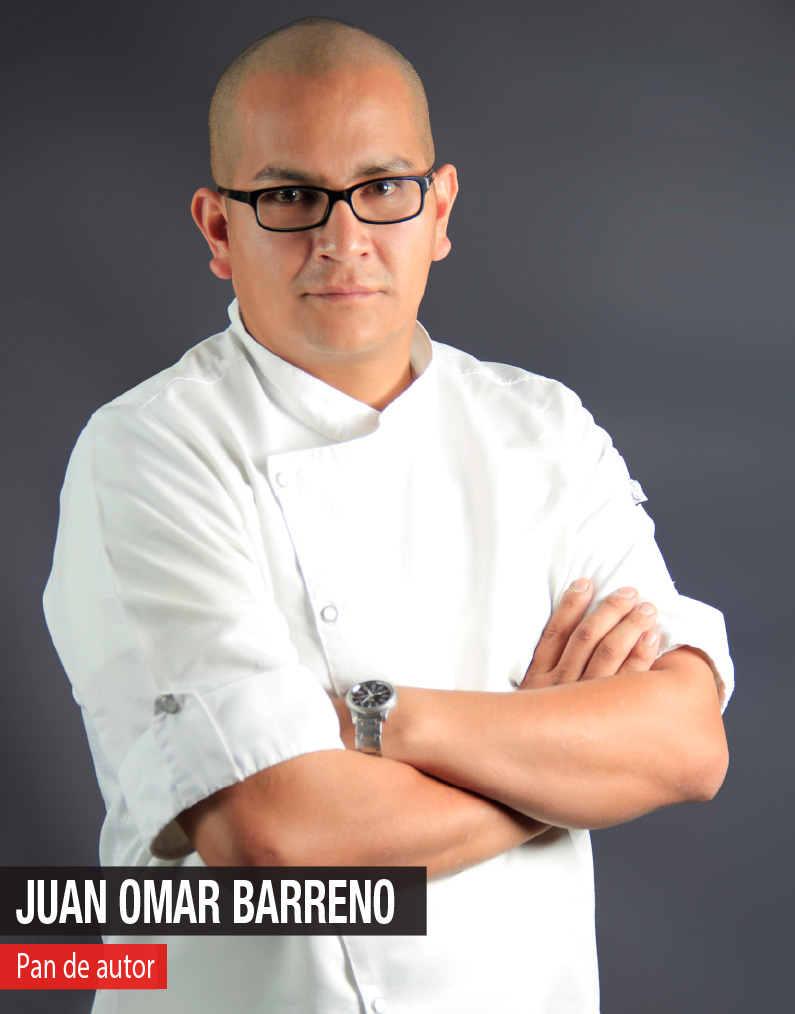 Baking is part of my life; I enjoy being able to create, and the scent of fermenting dough. This job requires a lot of sacrifice but at the same time it is incredibly exciting. What I am is because of bakery; in fact, my father is also a baker.

How do you market your creations?

I have my own brand, it’s called Juan Omar Panes de Autor. I design and produce bread for top establishments in Quito such as the restaurants Zazú, Carmine and Hotel Casa Gangotena.

The inspiration of the first edition of Latitud Zero was pivotal; I worked then with the Spanish chef Rafael Charquero. He is part of the team of chefs at Hotel Bulgari in Tokyo and he is also a baker. I currently use for my bread the sour dough he cultivated.

What is a sour dough?

It isn’t a giant dough as many believe, it is a fermentation of flour and water which is fed daily with these same ingredients. The dough I mentioned before, the one of Rafael Charquero, was cultivated in London. He took it to Tokyo and then brought a portion to Quito. It is important to know that there are many factors which change the flavor of bread, and one of them is the environment and its particular characteristics. This dough carries characteristics of the cities I referred to previously, hence its great taste.

Which is the main characteristic of bread?

Bread is a fermentation of bacteria, and the bacteria of each environment have direct influence on the taste of the final product. Maybe this is the reason why bread made in Ambato cannot be reproduced with the same seasoning in any other place of the world. It is important to highlight that bread made from a sour dough has an exquisite aroma.

What precautions must be taken with sour dough?

It is a very detailed task in which you must first be very careful with hygiene. The dough must be fed daily, which I do from Sunday to Sunday, and if I go on vacation I take my dough along. It’s important to consider that the bacteria in the yeast are very sensitive, and if you are not careful enough with this material your bacteria may die, or a more aggressive one might be added and destroy the dough.

What is the process of your work?

I work with long fermentations. Bread can be made with a short fermentation process, which is how it is usually made in Ecuador, in which you use sugar, salt, yeast, water and lard or butter; or with a long one in which I use flour, water, salt and a fermented dough which is used as yeast.

Baking is part of my life; I enjoy being able to create, and the scent of fermenting dough 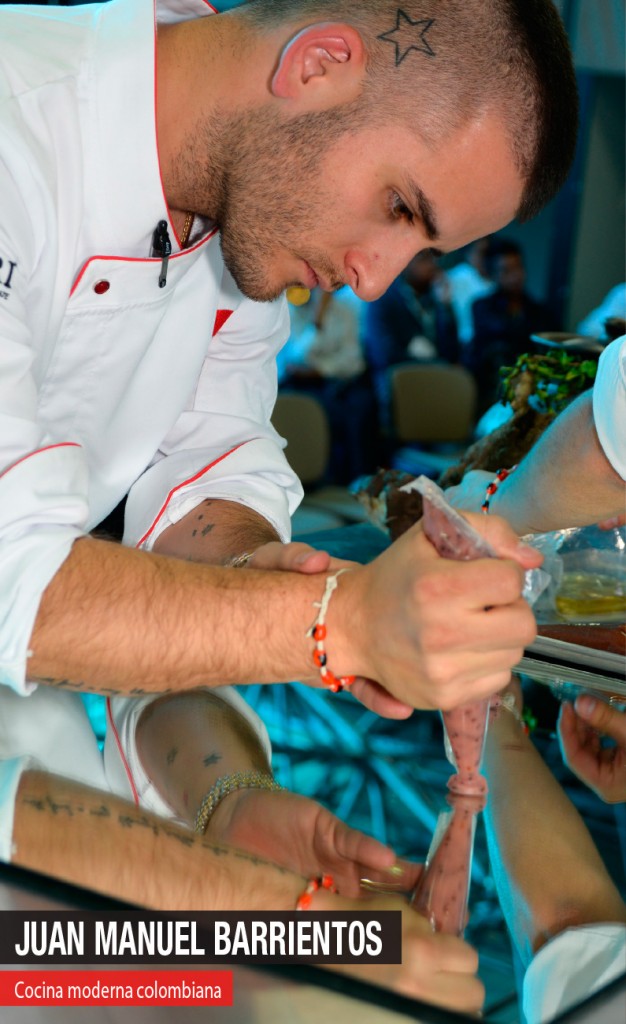 What is modern Colombian cuisine all about?

At EL CIELO we prepare modern Colombian cuisine; in other words, we apply avant-garde techniques to traditional cooking techniques in order to create our dishes. Menus are put together based on neuro-scientific schemes and research about how the brain perceives each one of the dishes.

What do you enjoy about cooking?

For whom….it is a real pleasure to cook for my girlfriend or my mother, or to make arepas at home. But at the restaurant what I enjoy the most is creating new dishes, challenging and surprising myself.

Coconut is my favorite ingredient. I also use sumac a lot, which is a turkish spice that tastes like lemon.

I loved green plantain turnovers, soup with green plantain balls, black scallops in coconut sauce with vegetables on the side, and fried halibut. What restaurant you liked the most? Theatrum, located on the Historical Downtown.

Your favorite place in the country?

I find the Itchimbia Cultural Center to be one of the most beautiful places. I was also drawn by a small barber shop under Carondelet Palace, and Hotel Casa Gangotena.

It is a real pleasure to cook for my girlfriend or my mother, and to make arepas at home.