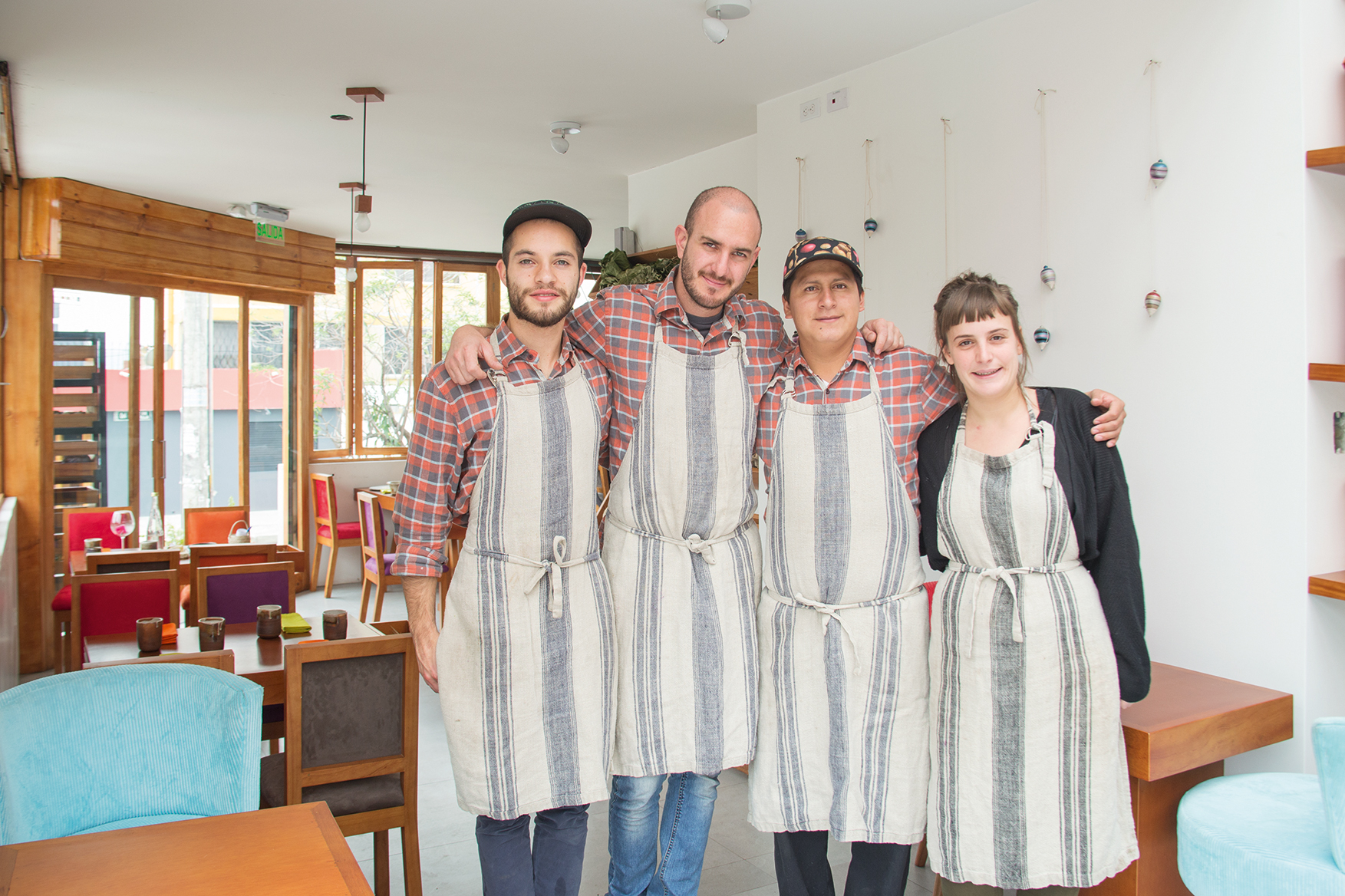 The Quitu restaurant opened last August, on Lorenzo de Aldana and Ruiz de Castila Streets. On the outside, the locale looks pleasing. Once inside, it´s décor is colorful, rather minimalist. We are greeted by its proprietor and head chef, Juan Sebastián Pérez.

In Quitu, cooking is meant to be an art. Its cuisine is honest and sentimental. Quitu is the opposite of a place for a quick meal. It demands that patrons sit down, tighten their seat belts and be ready to be taken for the complete ride. This will include drinks made with cocoa or guayusa (leaves of a caffeinated holly tree, usually brewed as tea), as well as condiments prepared with coriander, tapioca, mustard seeds or quinoa, which liven traditional Ecuadorean dishes like cochinillo (roast suckling pig) or fish. The smoky aroma from a wood oven permeates the room, a scent that brings back memories of bygone times for many customers. 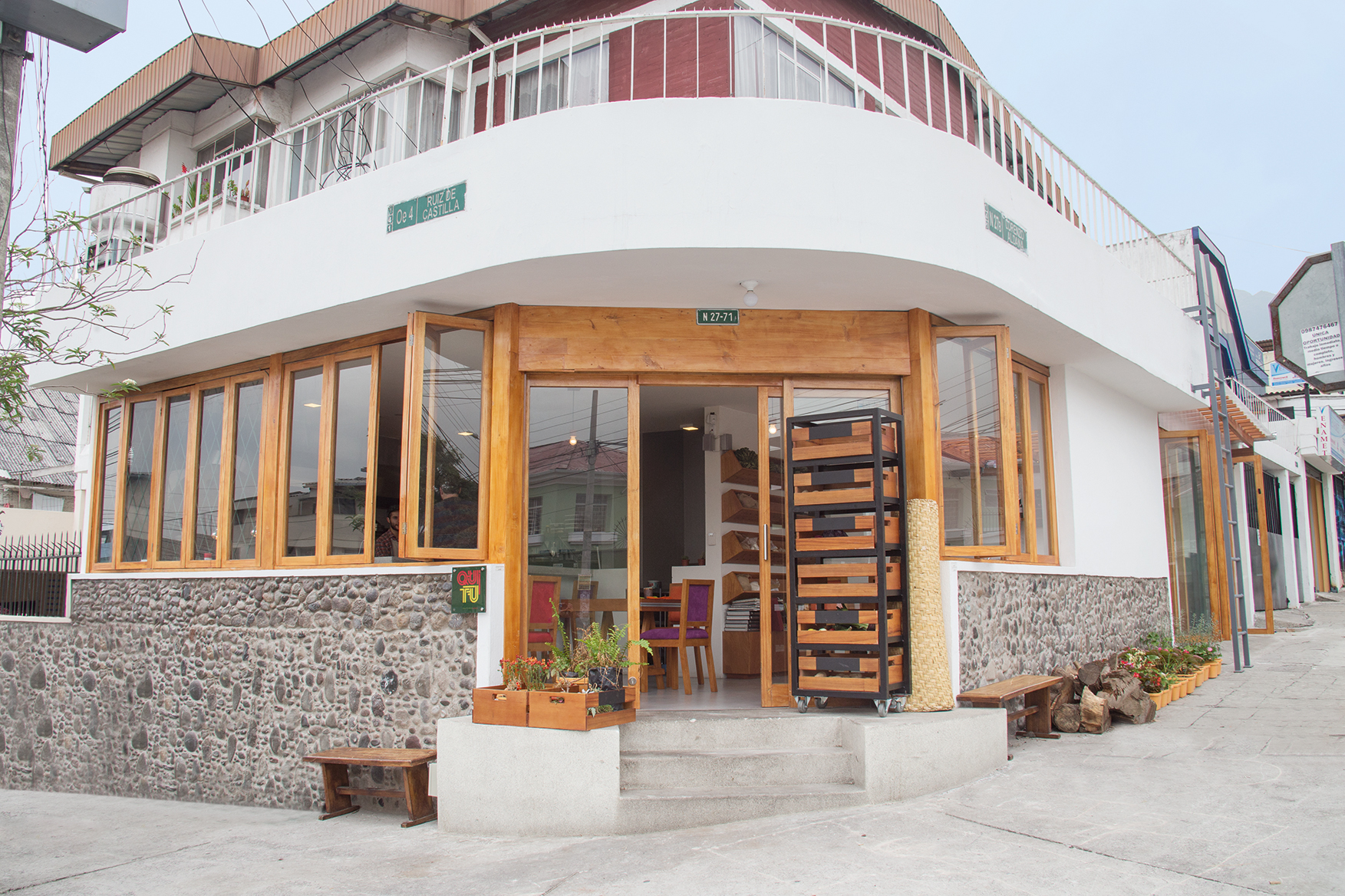 The menu is printed on paper and for a good reason. Dishes are constantly being replaced. Most likely, a particular dish available one day may not be around in a couple of weeks. However, amid these changes, there is an assured constant, the very personal service rendered by Juan Sebastián, his sous-chef Sebastián Samaniego, plus Daniel Pucuji and Amaya Lozano.

Even though the menu, at first sight, may seem rather short, the choices are in fact plentiful. There are several alternatives for appetizers and entrees. Just mention the desserts and they become irresistible. Organic honey ice cream. Colada morada ice cream [colada morada is a traditional ecuadorean beverage prepared with black corn flour and fruits, sweetened with cane sugar and loaded with spices, usually consumed around All Souls´ Day, November 2nd). 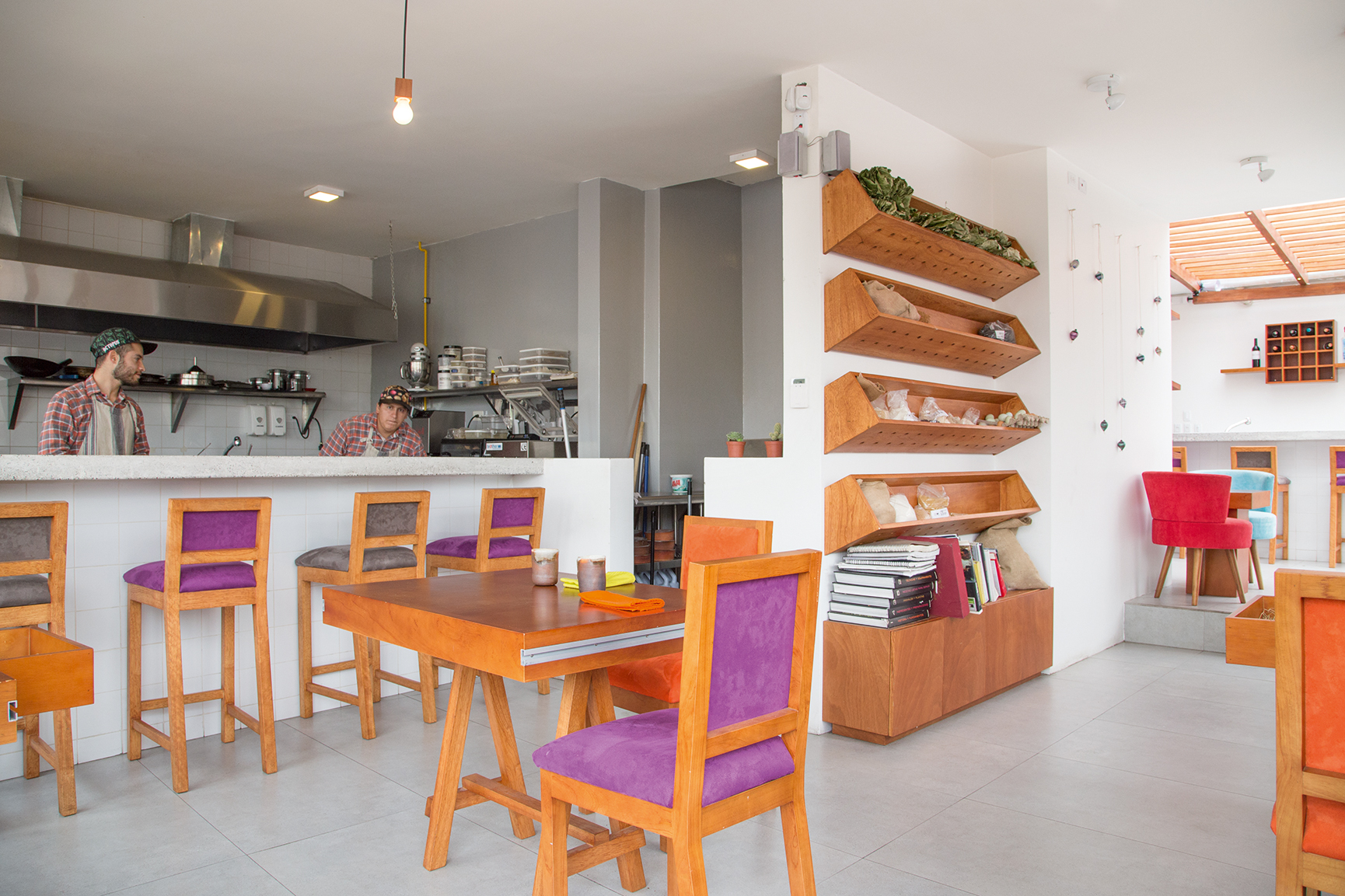 For an extraordinary culinary experience, there is the tasting menu, with five different dishes for lunch and ten for dinner. The evening option includes drinks, either wines or concoctions from the Quitu bar.

One of Quitu´s key principles is to use seasonal produce from local farms. They purchase from farmers that practice sustainable agriculture and from suppliers that provide fresh meat and fish. In fact, the fish served today was most likely caught only yesterday. 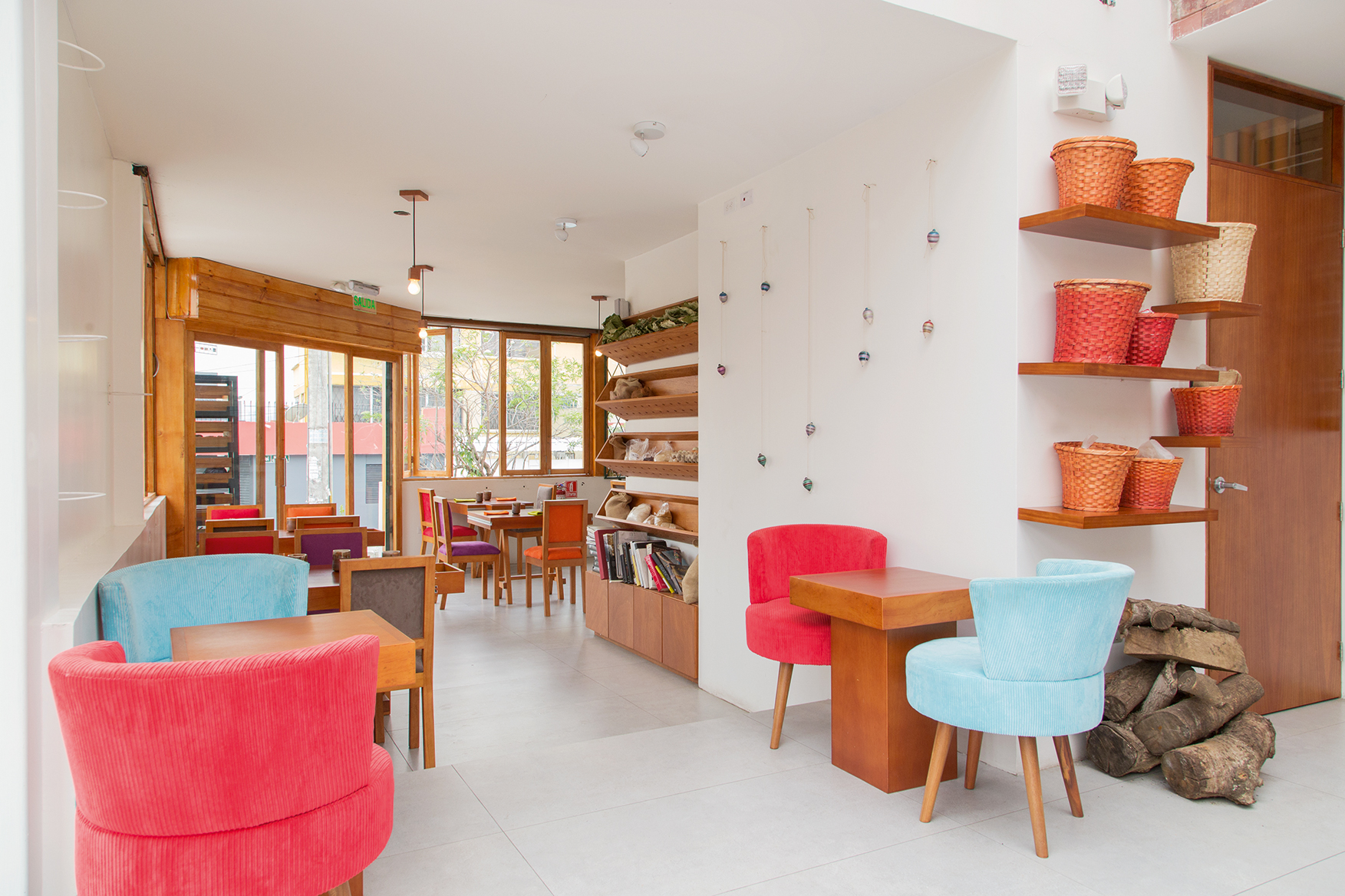 Juan Sebastián emphasizes nostalgia. For him, it´s a question of cooking with flavors that were used in our grandparents´ recipes, or which were once essential in ecuadorean kitchens, but have been practically forgotten. 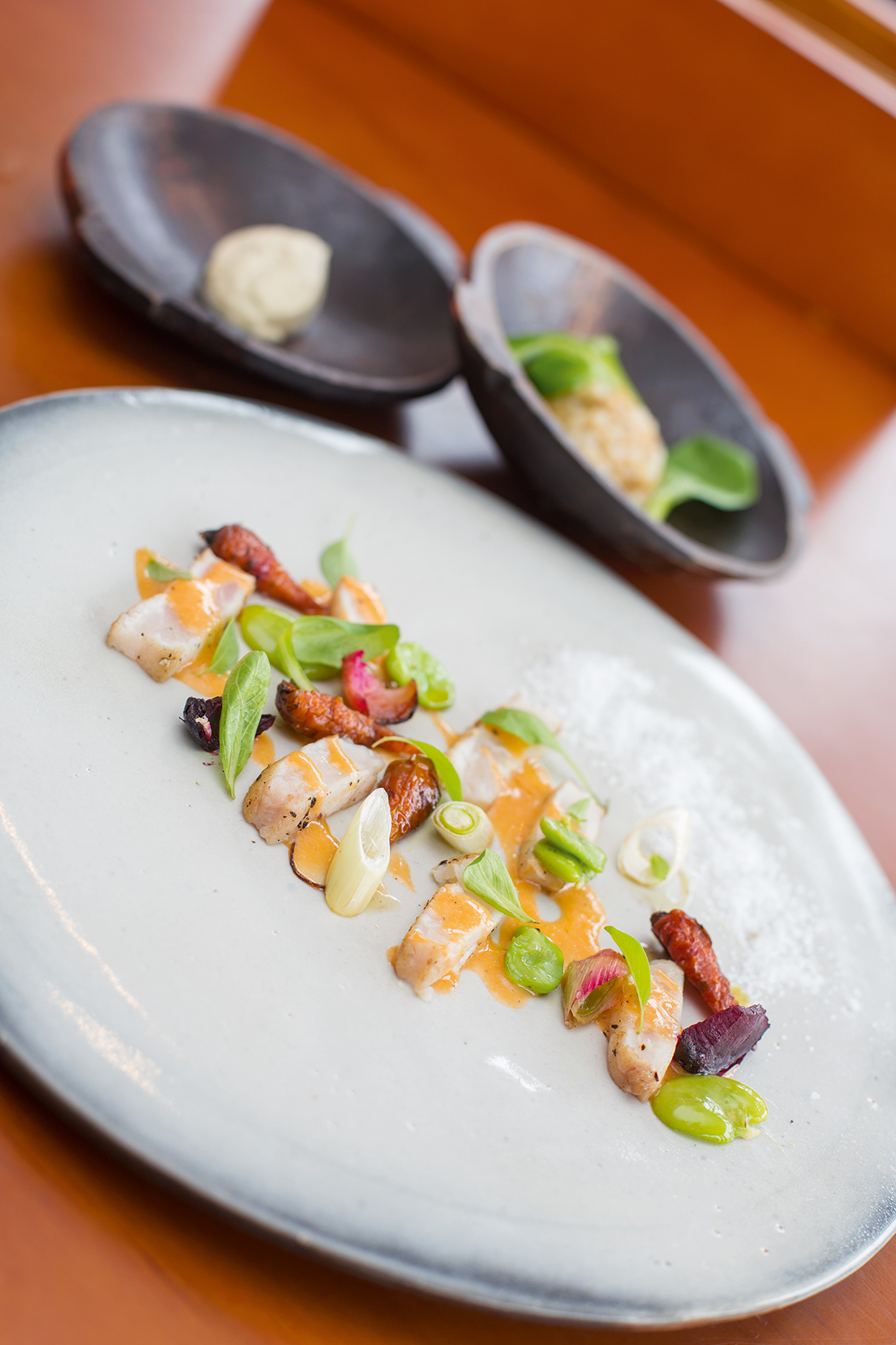 The tasting menu starts with the pamba mesa, a throwback to the times when farmers harvested their crops and then shared them with the community. Thus, in Quitu, the culinary festival begins with snacks or appetizers that can be eaten by hand and, consequently, are fun to share. During our visit, we tasted a delicious bread with cauliflower butter, followed by a duck pudding on a base of mustard and tapioca seeds. 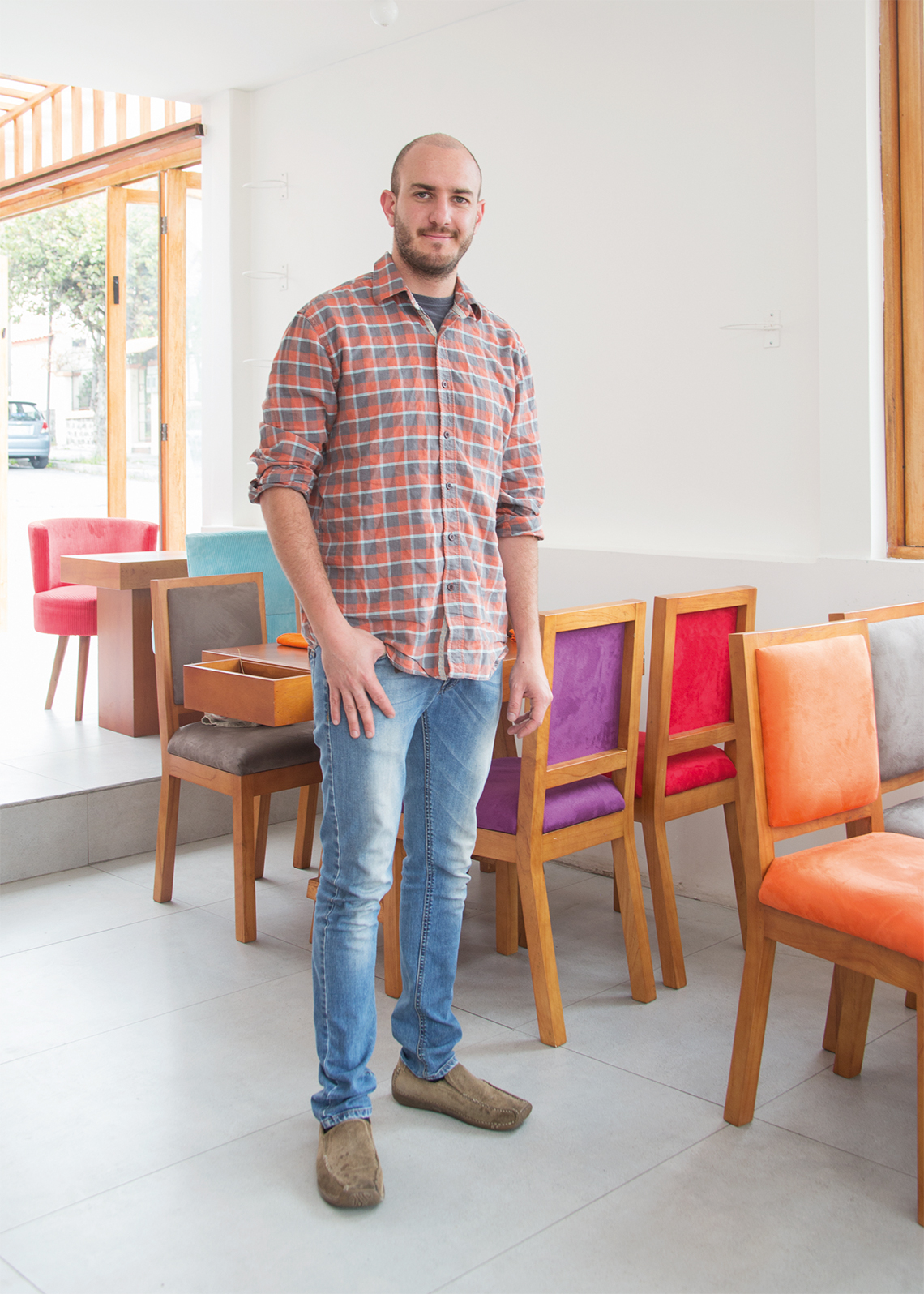 Among other delights, there is a spicy veal tartare and some bonitísimas de máchica (a type of small tortillas made from ground toasted corn). A standout is the corvina (sea bass) marinated in taxo (banana passionfruit), lightly baked on a wood stove and accompanied by a mix of onions and greens, also lightly baked and with a dash of grain salt. Another star serving is the vacuum packed cochinillo, prepared for many hours over a slow fire. 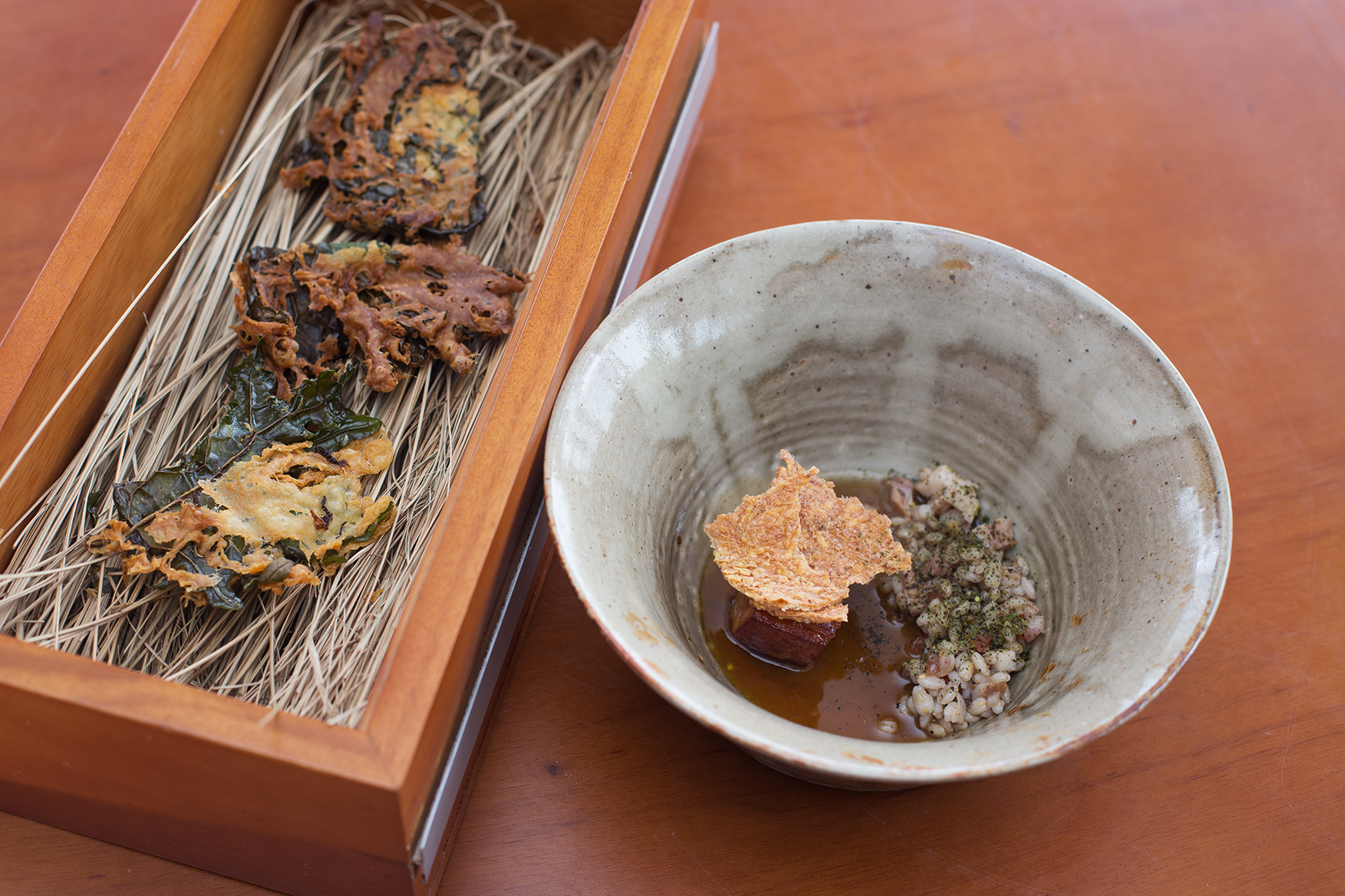 For a glorious finish, we have the desserts. As mentioned earlier, they follow grandmothers´ recipes, but prepared with contemporary techniques. For example, Quitu must be the only place where you can taste a choclo (sweet corn) crème brulee or a pinol (roasted ground corn) yoghurt. 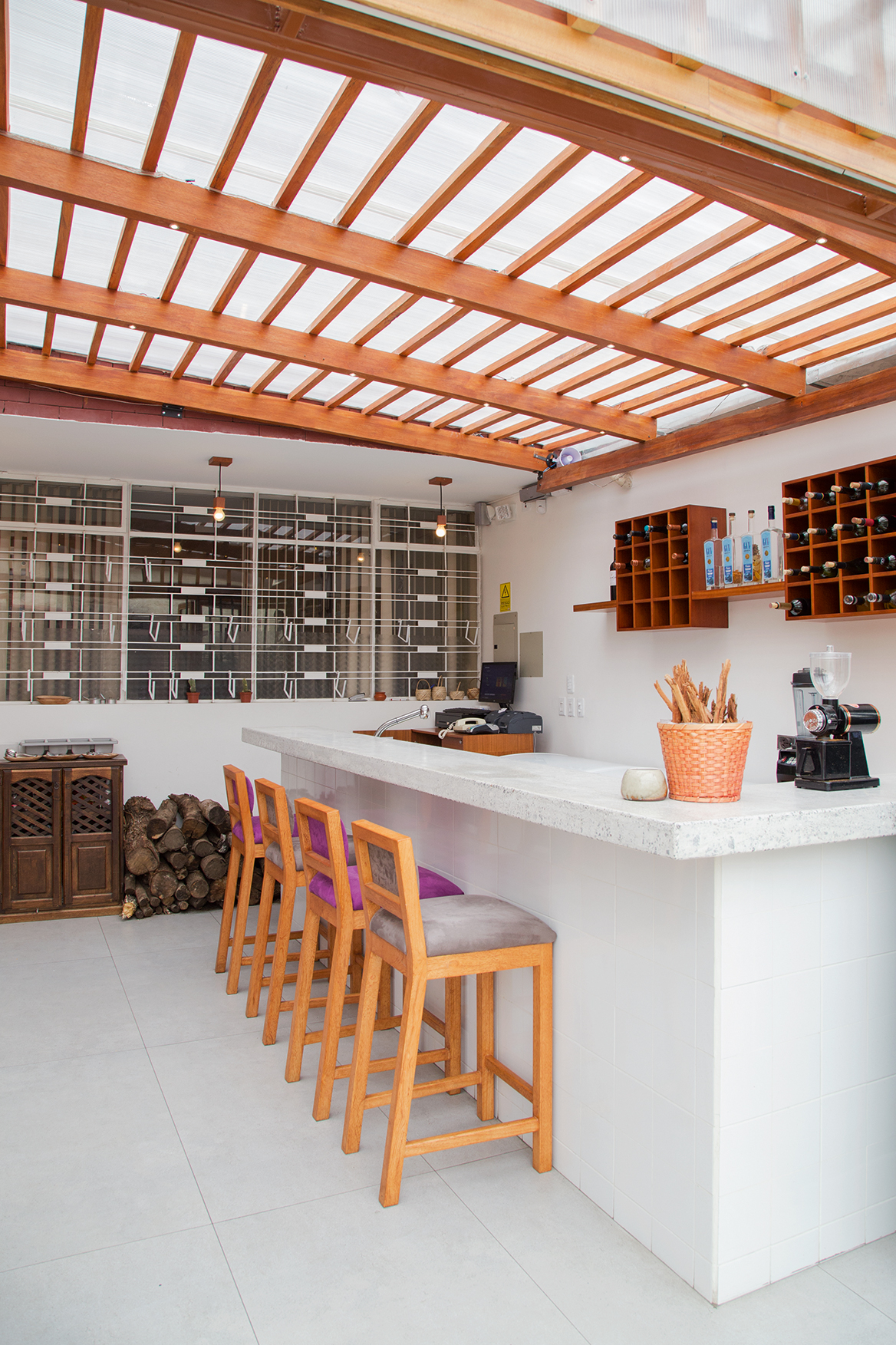 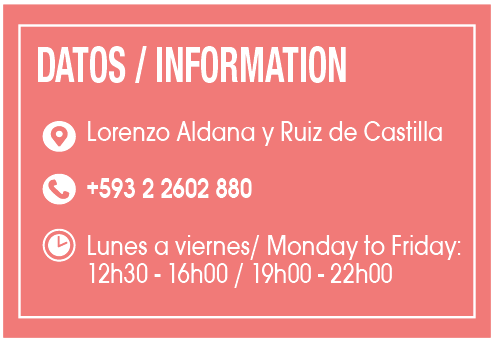 If you feel nostalgic for the taste of máchica or tapioca, if you long for slow roasted dishes, if you yearn for the smoky aroma of wood ovens, and if you really desire to sit down to meals that cater to all your senses, then Quitu is the perfect place.