To escape is something most of us practice since we are very young, running away from whatever burdens, saddens or disturbs us. Any day is good to escape. We can always find a suitable reason. In Cuenca, however, there is a place that can put a stop to this habit: the Akelarre restaurant. But, take care, because many who go there, don´t ever want to leave. 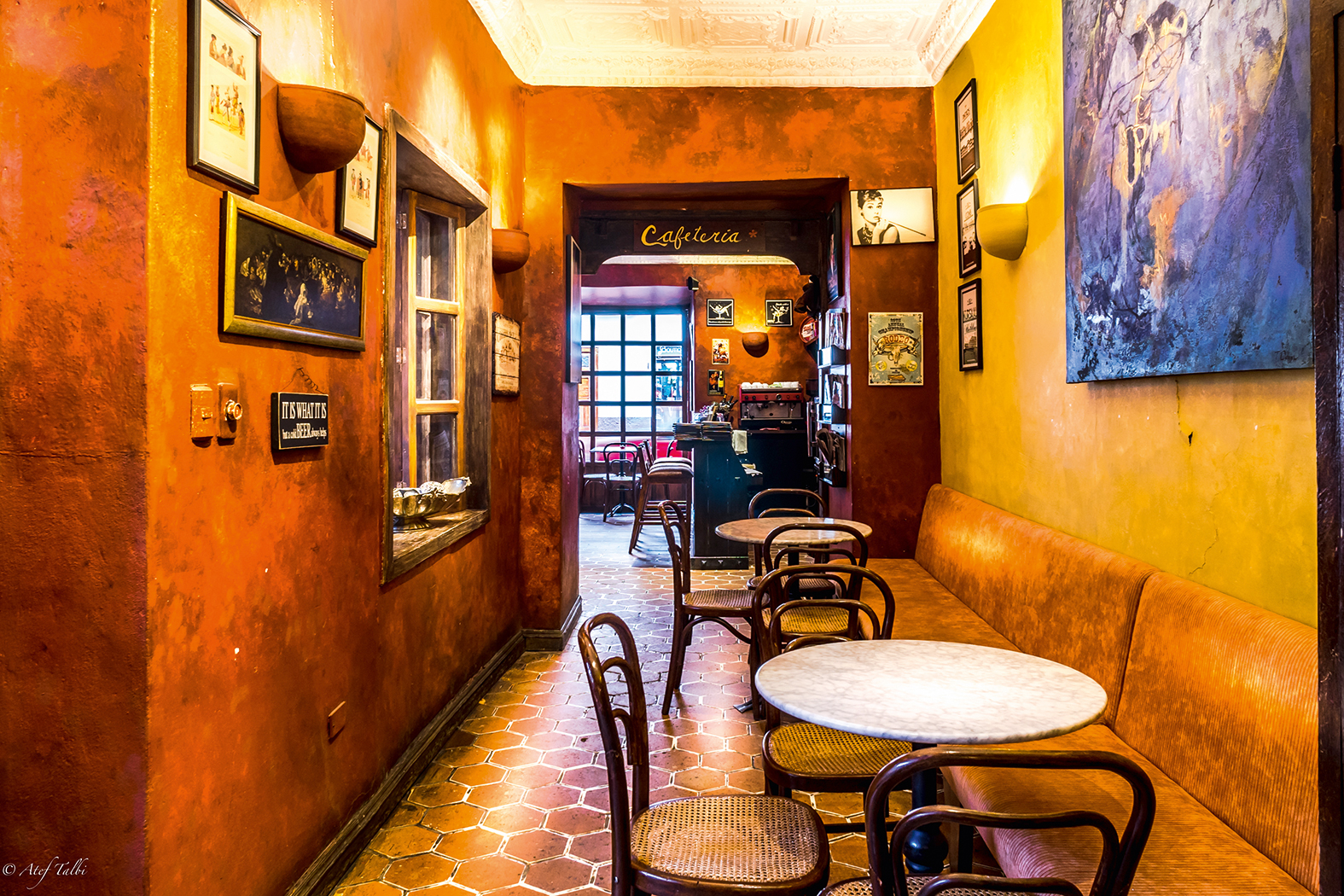 Aquelarre, according to the dictionary, is an ancient word from the Basque language that means a meeting of sorcerers and witches to practice secret spells and rituals. Far from this concept of a medieval mythical gathering, the Akelarre restaurant is a blend of that peacefulness required to savor a good meal, that magic of a quaint bar and that joy felt in a happy party. Each corner of the restaurant has a distinct personality, in accordance with its name. 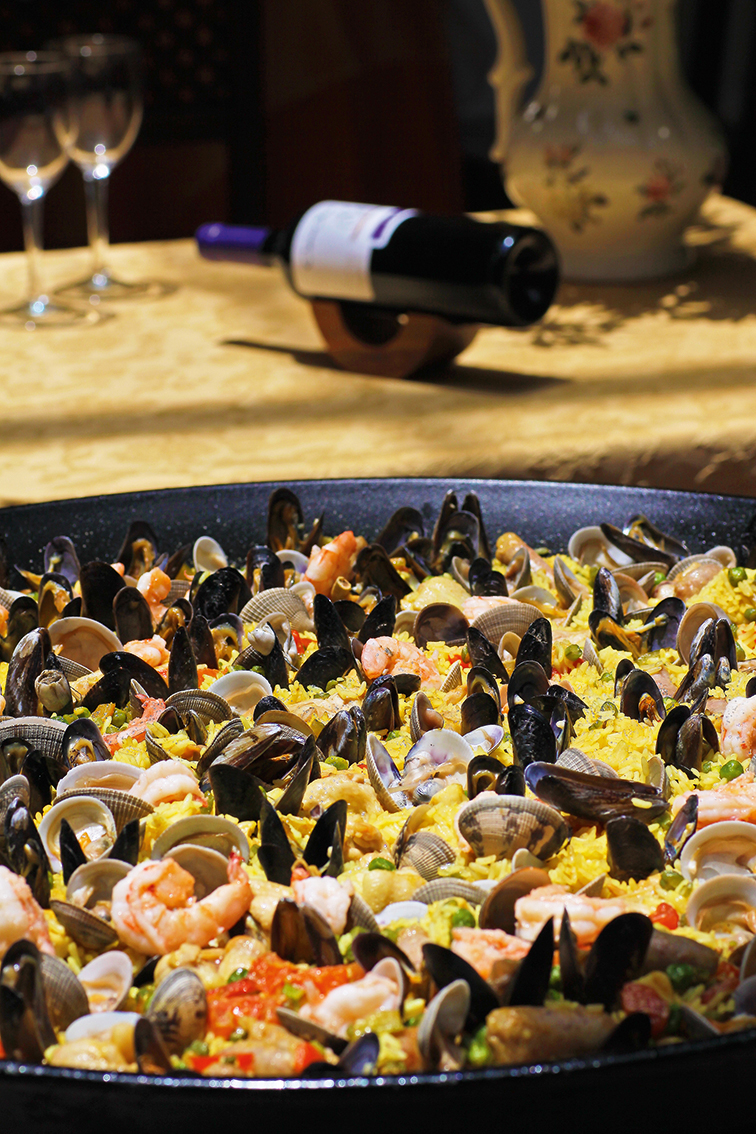 Opened in 2005 as a complement to the Royal Inca Hotel, Akelarre has by now constructed its own identity that is intricately woven into the city of Cuenca. To begin with, it operates in a house that was built in the early years of the 19th century. Originally the main house of an old hacienda (large farm) with multiple rooms, three internal patios and stables, it stands today as an architectural example of the Republican period. After its most recent renovation in 1991, the building was awarded the José María Vargas prize by the Municipality of Cuenca to honor its protection of the city´s architectural heritage. 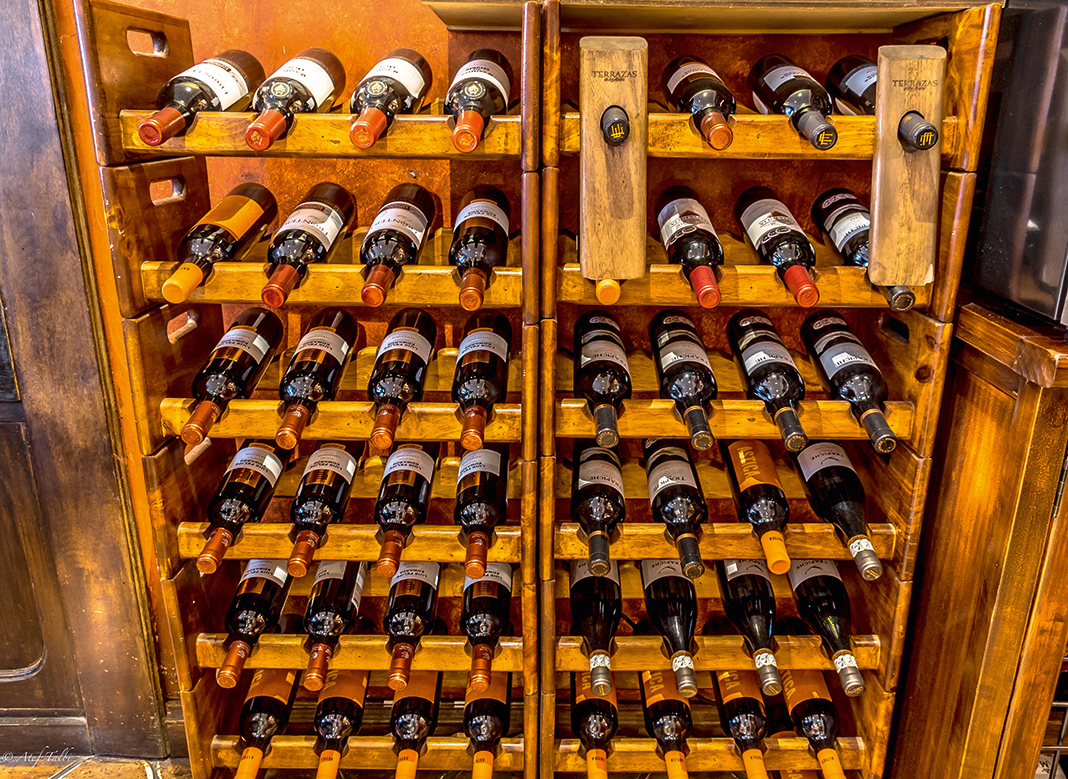 The interior design includes dark brick floors, walls painted in warm earth tones plus a sober red, soft lighting, heavy wooden tables, and lots and lots of aged woodwork. To create the proper ambiance, scents of wine and olive oil plus music that matches the sober décor. The restaurant has preserved the republican nature of this house, adding a crafty blend of contemporary designs. 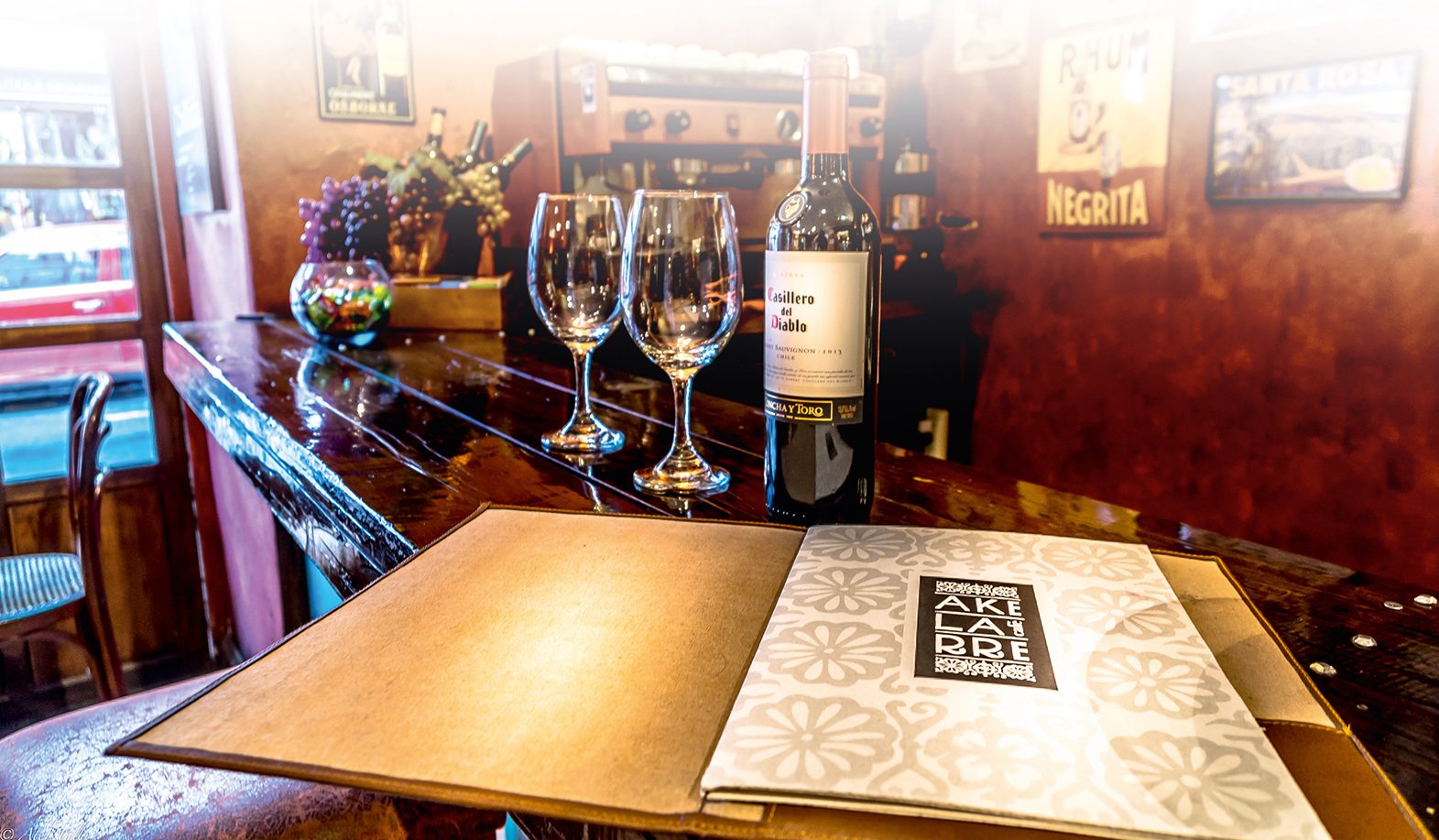 A lovely building without warm hosts is an empty space. Akelarre is certainly not the case. Charisma is Íñigo Sagarna´s outstanding trait. He´s the owner and head chef. Íñigo is a Spaniard, or a Basque as he would rather be called, who was seduced by the beauty of Cuenca and remained here to open a restaurant that would offer the best Mediterranean cuisine. Íñigo is soft spoken, addressing his customers warmly and transmitting zen-like serenity. When it´s time to order, he adroitly guides his guests through the menu and the wine list. Always creative, Íñigo enchants his clientele, so his demeanor is part of the delightful dining experience. 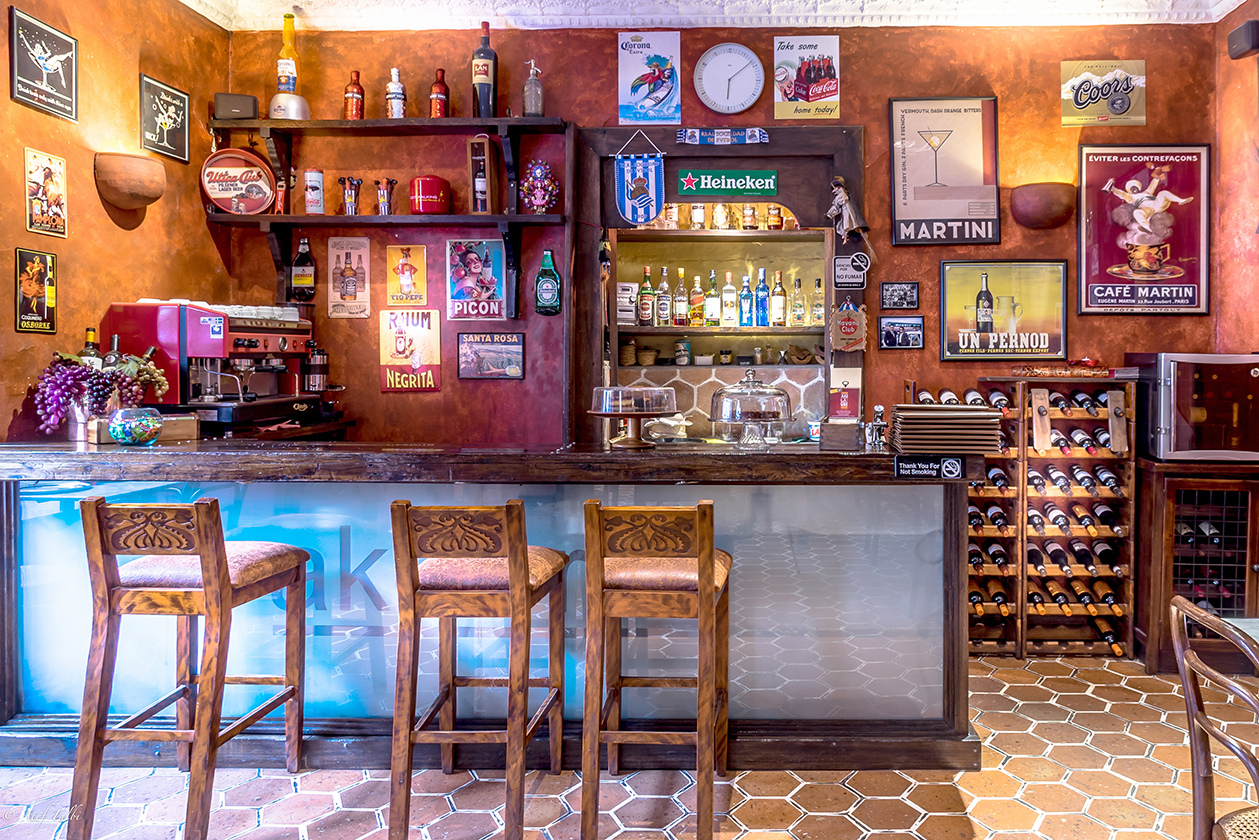 The menu sports some twenty dishes. The forte is Spanish tapas (appetizers), crepes and desserts. Every Sunday, starting eleven years ago, lunch is the moment for the house specialty, paella Valenciana. The chef recommends the paella be accompanied with sangría, the bar´s star concoction and also a very traditional Spanish drink. Indeed, everything is very Spanish, from the saffron spice, the secret ingredient of a great paella, to the diced fruit. Every dish is harmonious, a blend of vivid and muted colors as well as strong and subtle flavors. The average tab is $20 dollars per person, including beverages. 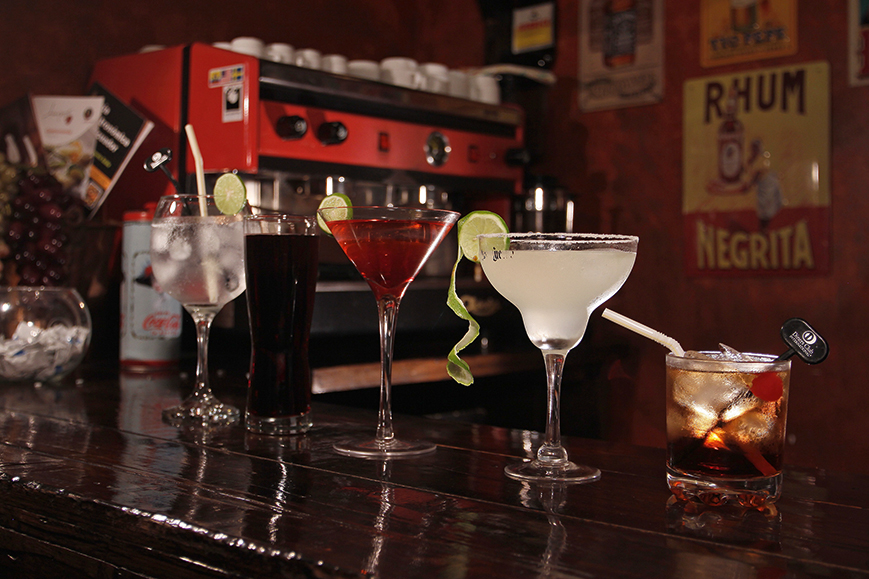 Pablo Astudillo, Marketing Director of the Royal Inca Hotel, defines Akelarre as a cosmopolitan restaurant that creates a multicultural environment. “You can walk in and find cuencanos at one table, French tourists at another, Spanish businessmen at a third. Plus, visitors from Australia, Japan and Scandinavia. All, however, share love of tapas.” In fact, the tapas are esteemed as the best in Cuenca. Such care is taken to employ the best ingredients that you can notice it in every bite. Pablo enthusiastically asserts that, “people who have traveled the globe tell us that these tapas are as good as, if not better than, the ones in Spain”.

Nevertheless, there is still room for local Cuenca cuisine: barbecued steak, locro de papas (potato soup) and, during the Cuenca city holidays, a very typical menu with plenty of meat and sausages, house salads and a traditional dessert, such as sweet figs with cheese, all for $14 dollars.

Akelare can seat up to 120 customers along two internal patios, so it´s also a favorite for social gatherings and corporate events. Around Christmas, it´s time for a cochinillo español (roast suckling pig), cooked in a wood stove, practically a folk event that spices up the evening. The bill will be between $70 and $120 dollars, depending on the number of persons. 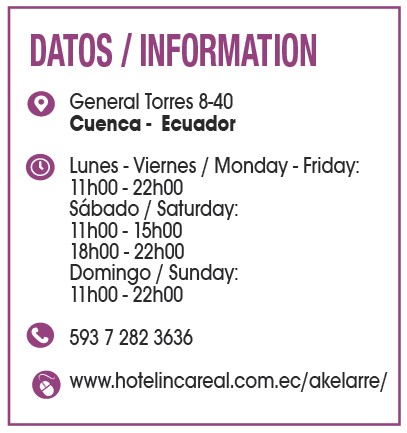 The restaurant is located on General Torres Street number 8-40, between Sucre and Bolívar Streets, two blocks East of the Calderón park. Its wooden picture windows and baroque entrance doors are the signs that you have arrived at a unique cosmopolitan and Mediterranean place in the middle of the Andes mountains.