A microphone stands over colorful rugs, shrouded with a white scarf, next to a table that supports a steaming teapot with hot tea to help warm up her voice. Small perfect details created the ambiance for Joss to hum the first notes for her concert, amazing the public with her precision and virtuosity.

The charisma of the British singer Jocelyn Eve Stoker -better known as Joss Stone- captivated the audience; she performed at one of the most cherished stages in the country due to the beauty of the venue and its historical importance;   Teatro Nacional Sucre-the perfect scenario for Ecuador’s Jazz Festival 2015.

Her wavy blond hair and elegant black gown accompanied the rhythmic movement of her bare feet joyfully stepping round the theatre; it was very clear that the artist felt quite at ease at this scenario in Quito, just as if she was at her recording studio in London.

Joss, a singer and composer of soul, R&B and blues, expressed her gratitude 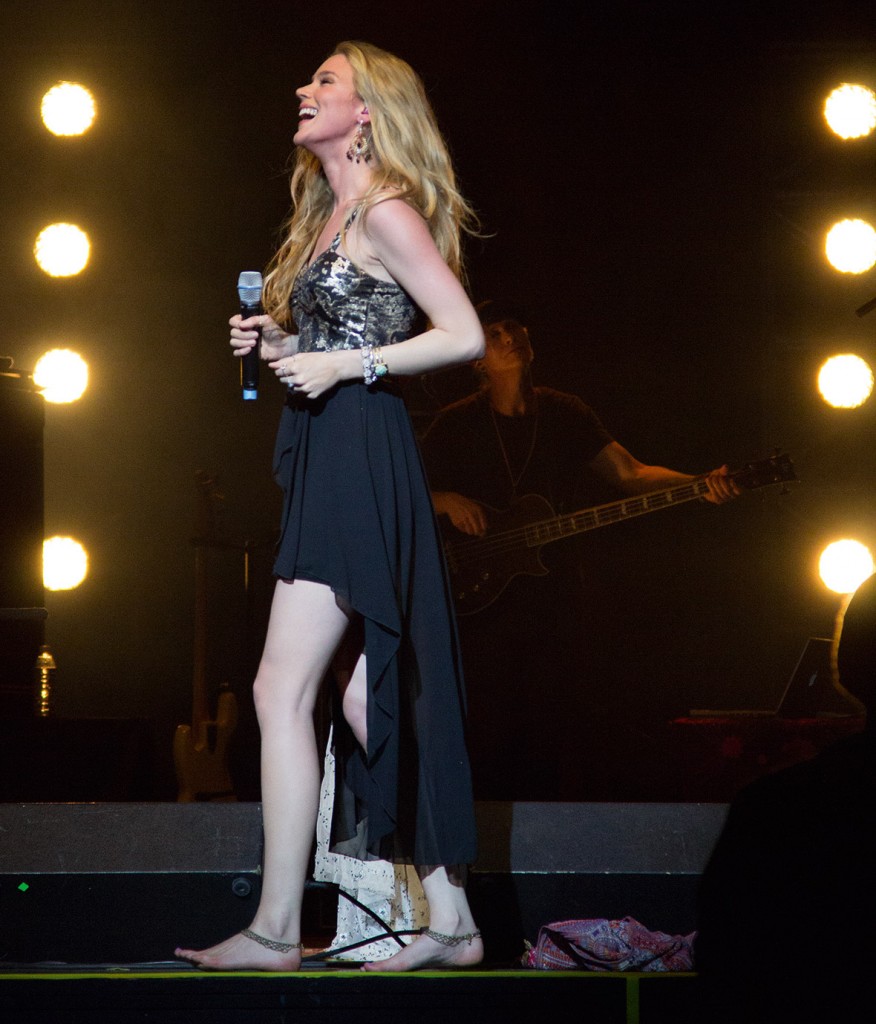 for the warmth of the public in the capital city of Ecuador. She felt so well that dared to sing for the first time some of her last songs, affirming that this audience gave her the confidence to sing songsshe had never sung before anywhere in the world.

“Music joins the world, so much so that it is why I am here in Ecuador”, said Joss. Hits such as Right To Be Wrong; I Put a Spell on You or Super-duper Love thrilled the audience who followed and applauded each one of her performances.  ‘Piropos’ (endearing words of praise) were voiced out loud up to the point that one fan -absolutely captivated by the beauty of the singer- declared his love for this British performer who thanked him with a wide smile.

Joss Stone was revealed during the BBC-sponsored Star for a Night in 2001. She jumped to fame after her multi-platinum debut album, The Soul Sessions that was runner-up for the Mercury Award in 2003. Mind, Body & Soul came after that, and includes her greatest that was up high in the British billboards, “You Had Me”. In late 2010 Joss created her own label: Stone’d Records.

Her expressive and emotional mezzo-soprano voice has made her stand out and position herself next to artists of great trajectory such as Norah Jones, Jill Scott and Nikka Costa. Joss Stone has also been part of the big screen and TV screen in productions such as the film Eragon and the series The Thudors.