PASSAGE OF THE TRAVELING CHILD

Undoubtedly, the most acclaimed Christmas tradition in Cuenca, is the famous Passage of the Traveling Child, where an image of Baby Jesus that was blessed by Pope John XXIII, goes on a pilgrimage through the city, carried by one of his last owners while accompanied by thousands of people. When the image returned to Cuenca, enthusiastic people gave this famous sculpture the title of “Traveling Child”, and since then it has been worshiped on Christmas Eve in the great procession in which visitors can see many typical elements of the celebration: colorful and innumerable allegorical cars, popular bands that play songs dedicated to the image, peasant musical ensembles, children disguised as biblical characters, shepherds, gypsies, and local indigenous people from the surrounding communities wearing their original attires. 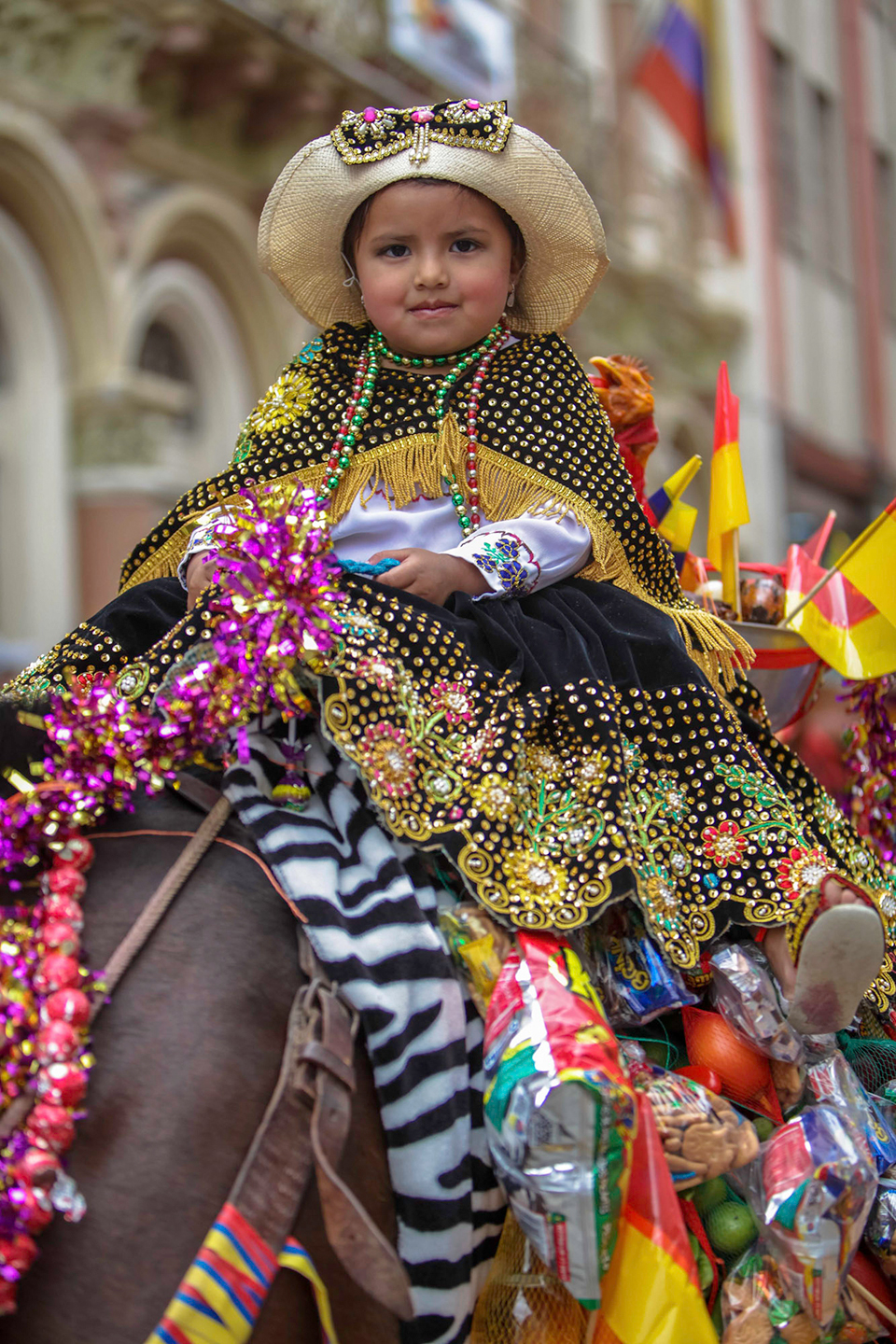 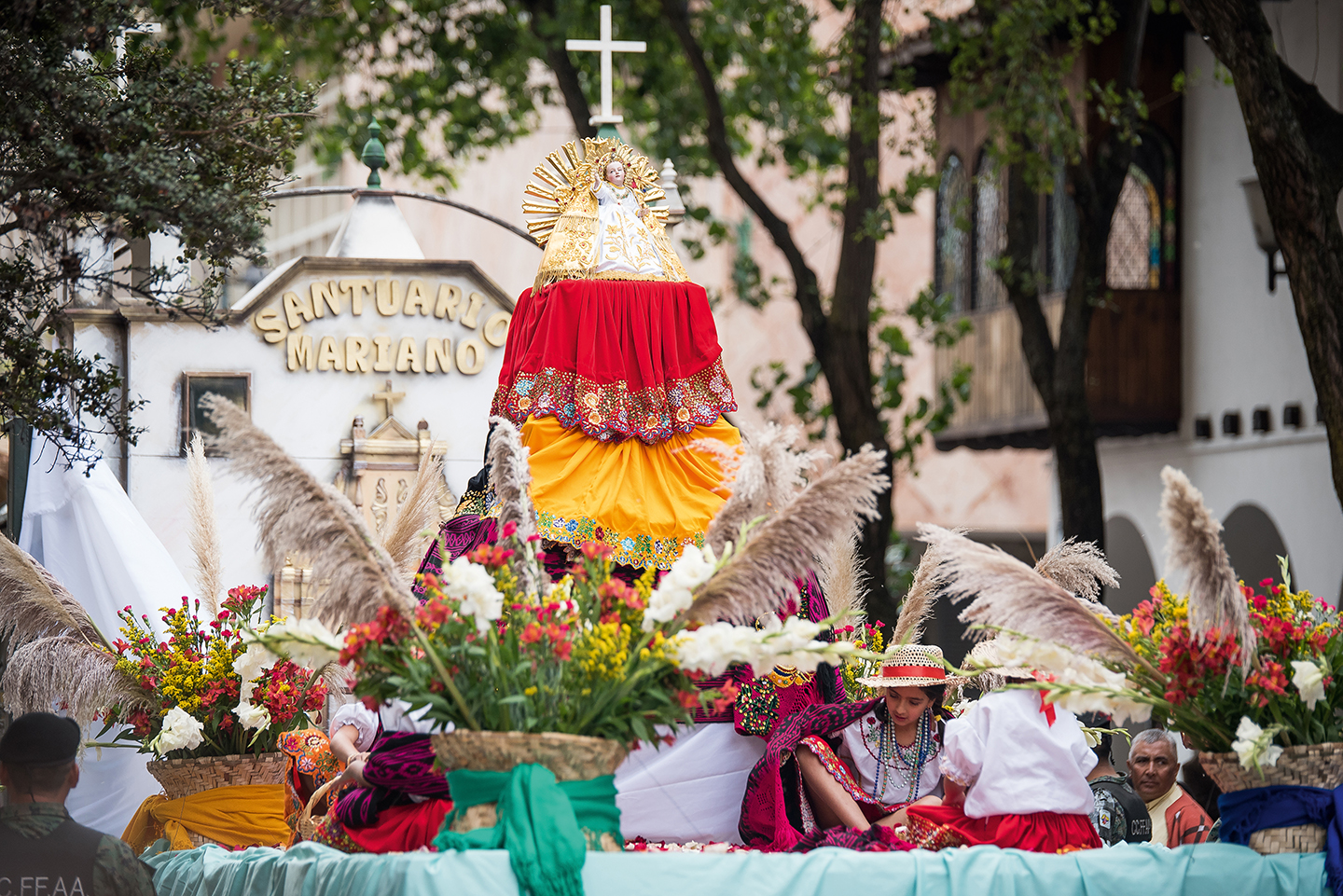 As for every magnificent public event, preparations are made with much anticipation by priostes and maintainers. Priostes are people who sponsor the event socially and economically and are elected each year, according to traditions that may vary from town to town. Many decide to do it voluntarily, while others are appointed by the previous prioste or by the community. Maintainers, on the other hand, are people responsible for all aspects related to the procession and for keeping the tradition alive, which is why they are elected for long periods.

New Years Eve celebrations have a special touch, although the elaboration of puppets and their burning is a tradition held in several cities of the country, in Cuenca it is carried out with special effort by the citizens. 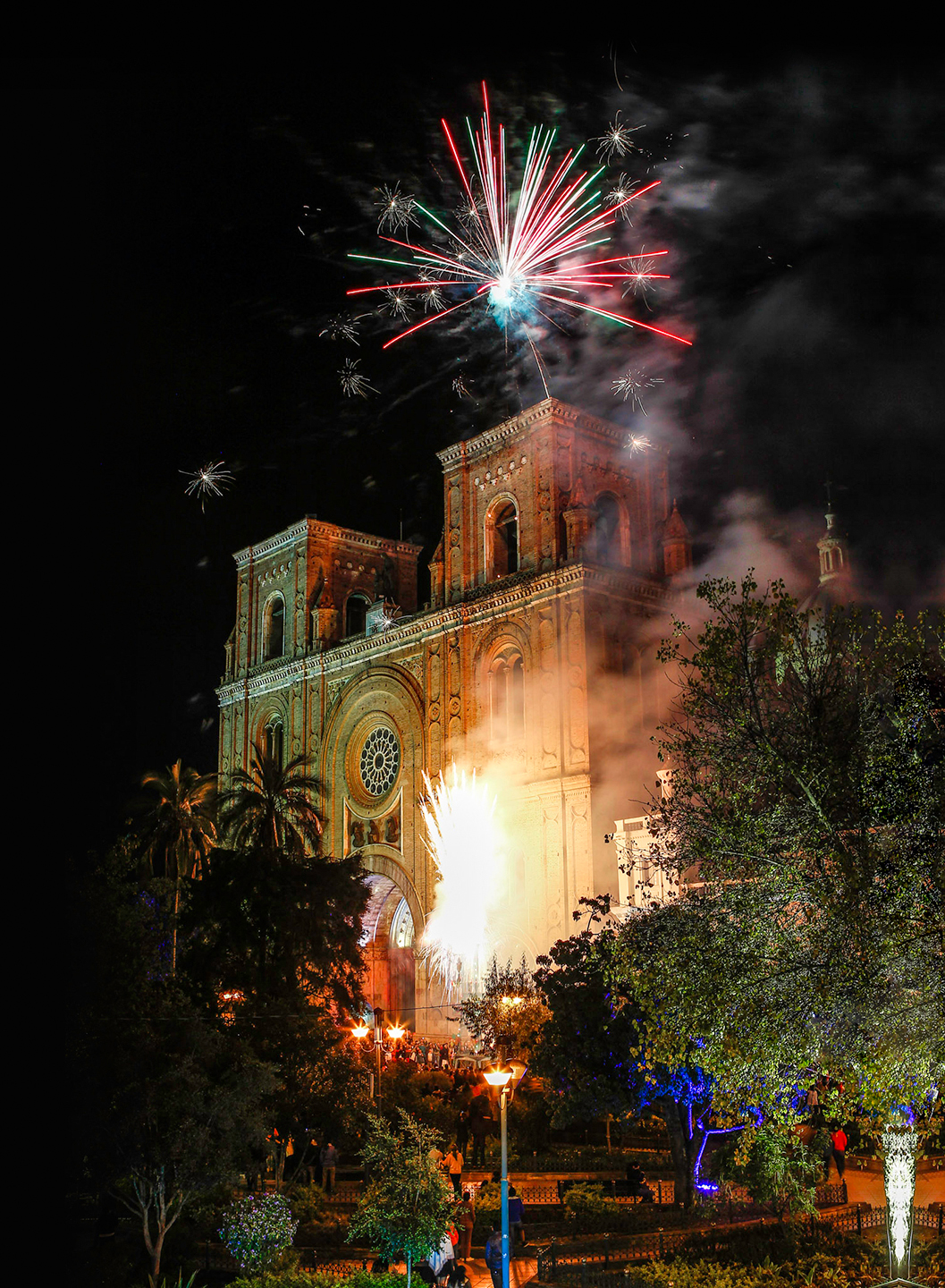 On December 31 great scenarios are created, many reflecting themes related to politics, religion or any outstanding event that took place the last 12 months in different parts of the city. Puppets that are part of these scenes are burned at midnight symbolizing the end of the year. Celebrations continue in the streets or in different establishments that offer special events for this occasion.

Carnival in Cuenca presents special characteristics that make it unique, either because of the exquisite typical cuisine of the region or for traditions that still persist among some of its inhabitants. One of them is Thursday of compadres and comadres.

This tradition, which begings two weeks before Carnival (on Thursday), was intended to strengthen ties of friendship and solidarity. Compadres and comadres were chosen depending on the family relationship or friendship degree that existed between them. The person chosen was given a “guagua” (girl) of bread or sugar, which was wrapped in the traditional way – in the form of a tamale – presented on a tray with flower petals. Along with the bread or sugar figure some kind of “liking” that could be sweets, eggs, a chicken, etc., was also expected. 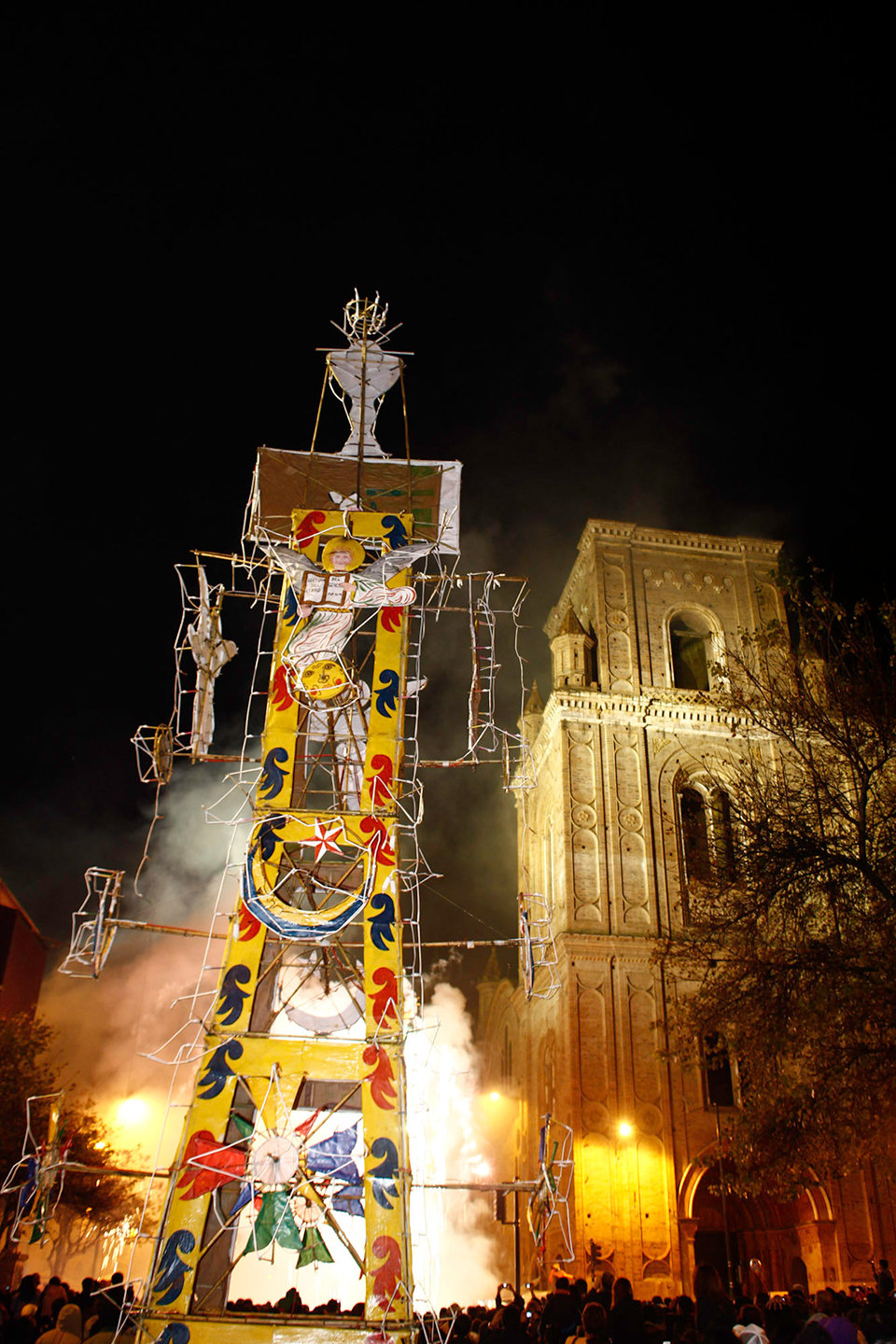 The ritual continued with the chosen ones participation, who when being presented with such “honor” offered their visitors a glass of delicious “mistela” (strong liquor with macerated fruit) and offered to attend the carnival parties at home of those who had requested the comadrazgo or compadrazgo. 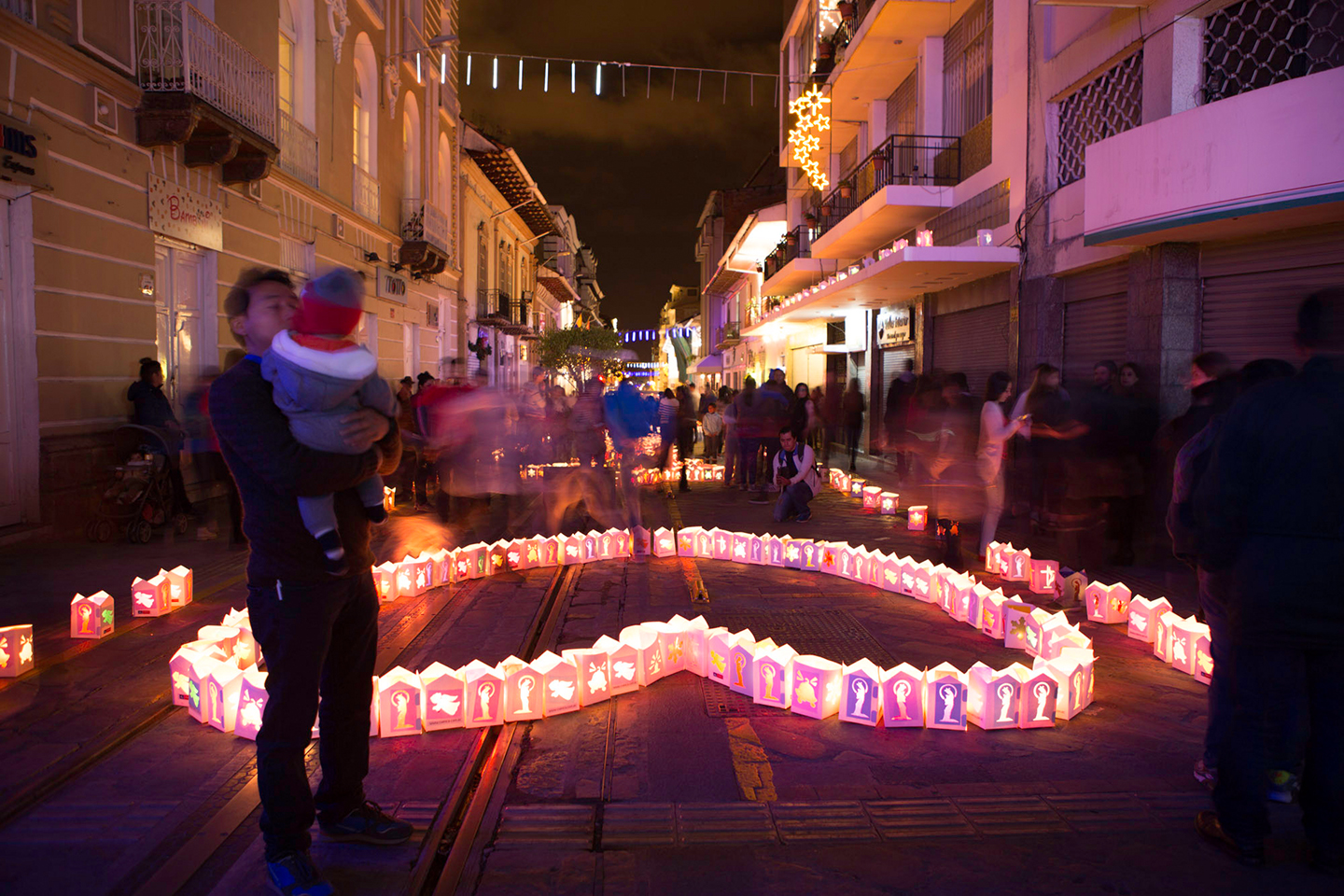 The Municipal Foundation “Tourism for Cuenca” has revived this tradition by turning the proclamation of compadres and comadres into one of the important events of the celebrations of Cuenca Carnival. The idea is to create bonds of friendship and lasting collaboration; and compadres preside over a great party that takes place in Abdón Calderón Park on Thursday night before Carnival. They also deliver symbolic “trays” with gifts to authorities and media, committing them to promote this traditional holiday as a strong tourism attraction.

In recent years, prestigious artists like Margarita Laso (2016), Fausto Miño (2017) and Karla Kanora (2018), have participated as compadres of the carnival.

Holy Week is dedicated to celebrating passion, death and resurrection of Jesus Christ. Its four main days are Thursday, Friday, Saturday; known as “Sacred Triduum” and Easter Sunday. During this religious festival, Cuenca offers visitors the possibility of having an experience that is not limited only to the enjoyment of its scenic and architectural beauty, but also extends to the discovery of rich traditions that are still intact. 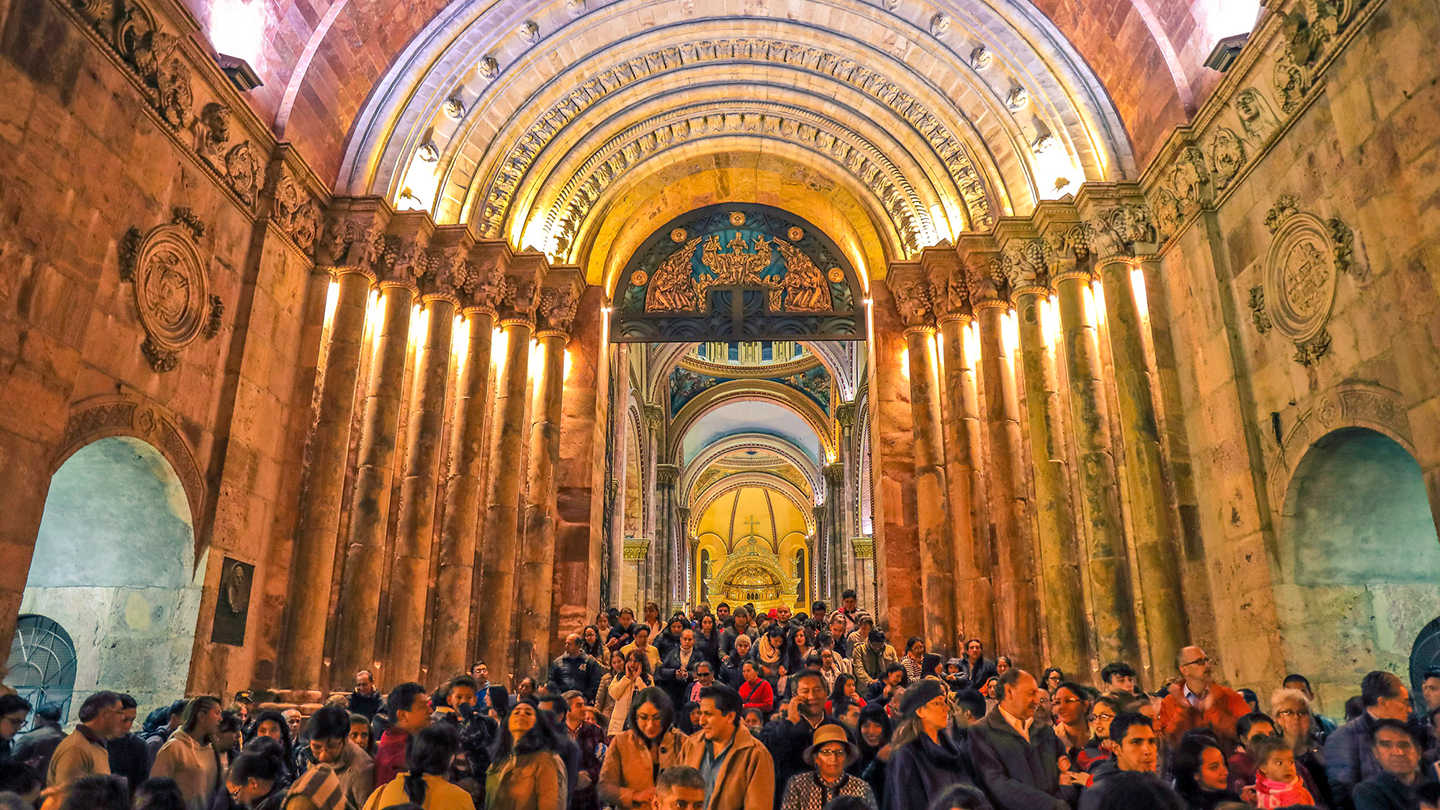 Semana Mayor starts in Cuenca with a religious ceremony of Ramos Blessing (ramos are creatively elaborated with vegetable fibers by Catholics), and is carried out in early hours of “Domingo de Ramos” in the Old Cathedral of Cuenca. After ceremony, there is a small procession to the Cathedral of the Immaculate Conception for a mass celebration.

Other noteworthy traditions are the visit to the seven churches on the night of Holy Thursday and the various processions of the “Via Crucis” that take place in different parts of the city and its surroundings on Holy Friday. The most important ones are those organized in Turi and in the Historical Center. Later, the Easter Vigil Mass and the renewal of the Candle take place at 22h00. 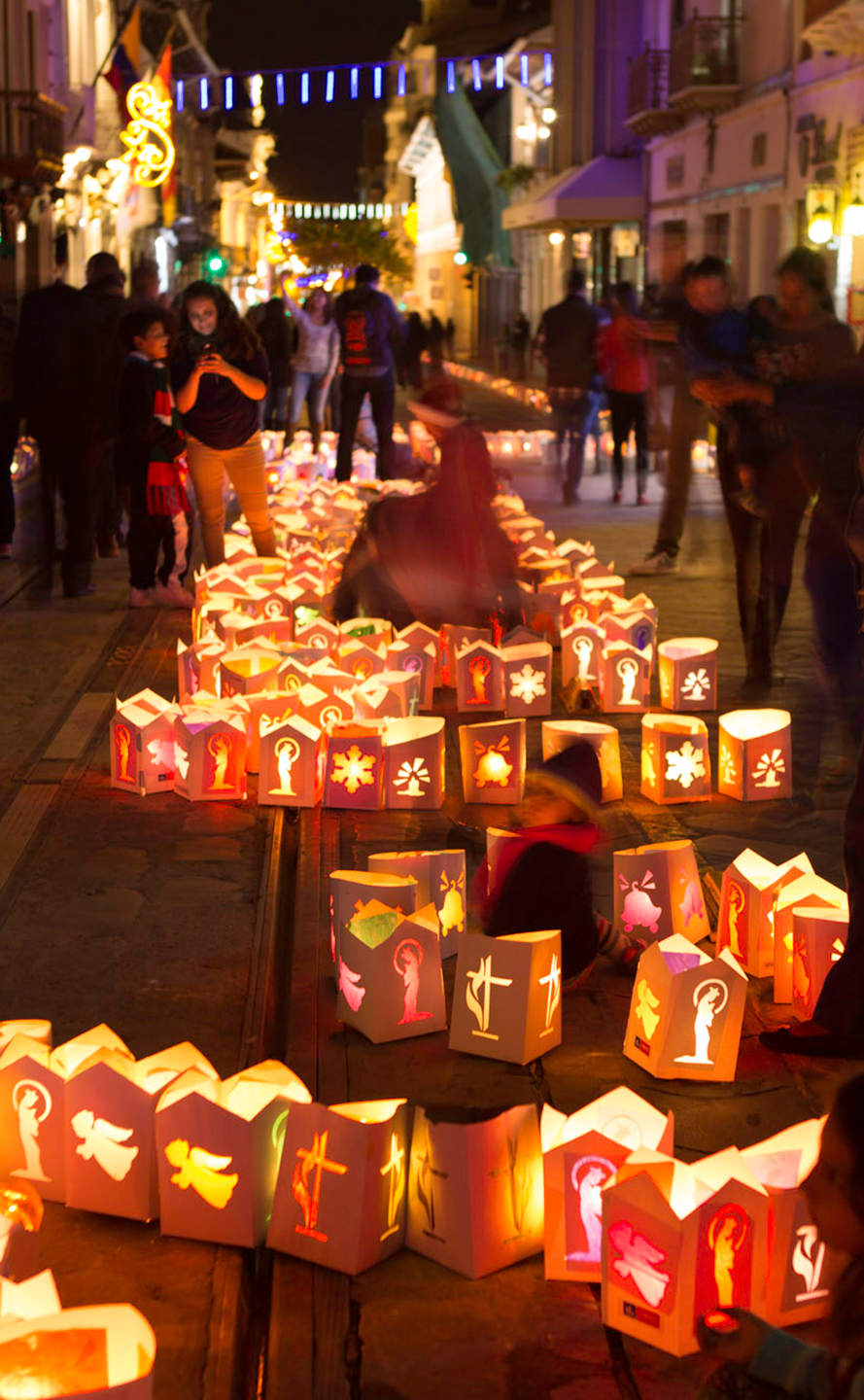