Everybody has dreamed about being able to work on something transcendental, something that goes beyond just exchanging work for wages. For thousands of ecuadoreans who dedicate their talent and time to República del Cacao´s project –be they small farmers, expert chocolatiers or marketing professionals- this dream has come true. Because, above and beyond just making chocolate, República del Cacao´s project is actually making history, building it every day, aiming for grand goals that are capable of changing our world. 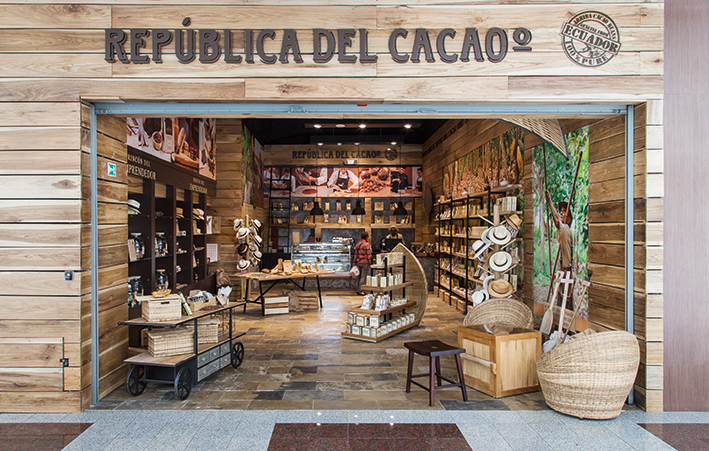 To understand the importance of what República del Cacao is doing, we need to go back in time. From 1880 to 1920, during the cocoa boom, Ecuador produced between 50% and 75% of the world´s entire cocoa bean crop. The harvest of Cacao Fino de Aroma provided about three quarters of Ecuador´s entire exports. For several decades, this cocoa bean yielded an economic bonanza. However, due to crop failures and market changes, by the middle of the 20th century the harvests of this cocoa bean variety were sharply reduced. 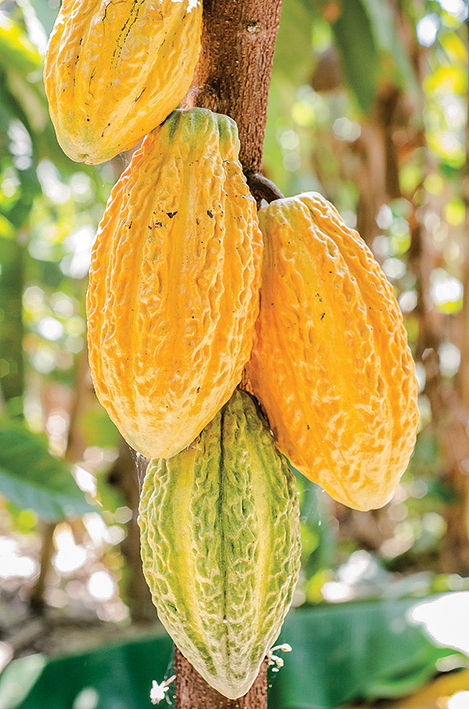 Cacao Fino de Aroma is a designation of origin, in other words, its sensory stimuli make it quite different from varieties produced elsewhere. Its exceptional flavor and aroma make it the cocoa of choice for chocolatiers around the world who bake the best premium chocolates. 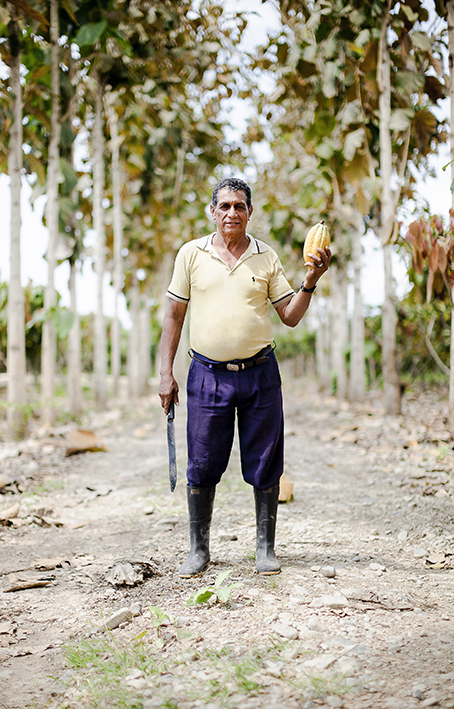 Lately, as international cocoa prices rose, Ecuador´s cocoa harvests have grown, but not Cacao Fino de Aroma. Many farmers had gradually abandoned this variety and replaced it with others of lower quality. These other varieties are good enough for standard chocolate products but they cannot be used to make premium or gourmet chocolates because these must have the exceptional sensory qualities of Cacao Fino de Aroma. 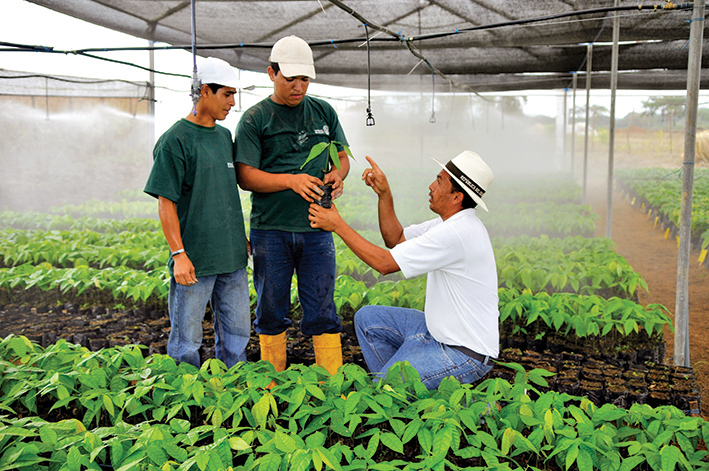 At this time, República del Cacao makes its entrance.

The challenge is to change history

From its very first day, República del Cacao was committed to the rescue of Cacao Fino de Aroma, a real treasure that was becoming an endangered species. For this purpose, the corporation assigns ten percent of its profits and a much larger portion of its time in order to design and implement strategies to reach this goal.

The project begins in the countryside where training programs are aimed at some two thousand small farmers who grow Cacao Fino de Aroma. The objective is to help these farmers improve their planting and processing of the beans, so that they are able to earn more money and consequently improve their family´s quality of life. 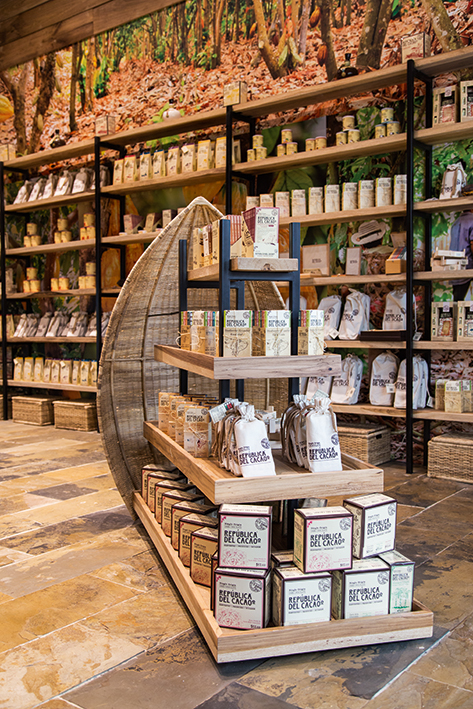 From another end, the company sponsors entrepreneurs who use cocoa in their products. In addition to giving them retail space through the Entrepreneurs´ Corner program, República del Cacao gives them marketing advice for their businesses.

República del Cacao, knowing how important it is to develop a taste for this ecuadorean treasure, sponsors talented young chefs so that they may surprise us tomorrow with fantastic new chocolates. 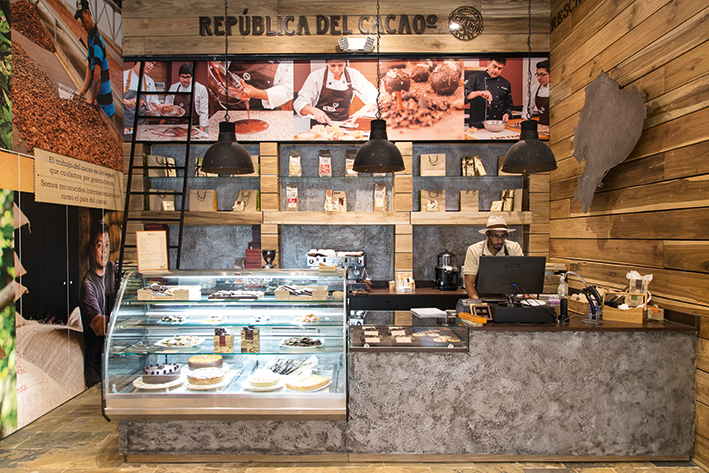 A cause that is growing

In order to include more and more people in this great endeavor, República del Cacao now communicates its message through 21 retail stores in Ecuador, Peru and Colombia, including one just opened in the El Jardín mall in Quito. Besides its own delicious chocolates plus those displayed in the Entrepreneurs´ Corner, this store offers a broad selection of confectionary prepared with the best cocoa in the world, Cacao Fino de Aroma. 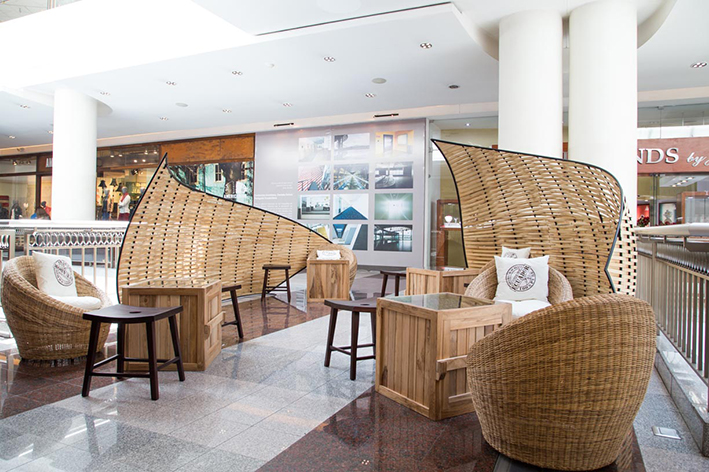