Centuries of history and culture

Located on Sucre Street between Chile Avenue and Pedro Carbo Avenue, the building draws the attention of passersby thanks to its exterior murals, which were created by the artist Jorge Swett, a native of Guayaquil. Made with glassy ceramics and corrugated iron rods, the murals welcome visitors to a cultural public space.

Upon entering, you find Manteño-Huancavilca imitation chairs and the vehicle that belonged to Dr. Carbo Noboa, which is considered a classic of the automotive industry. Archaeological pieces, handicrafts, ceramics, paintings and sculptures are on full display throughout the Municipal Museum tour. 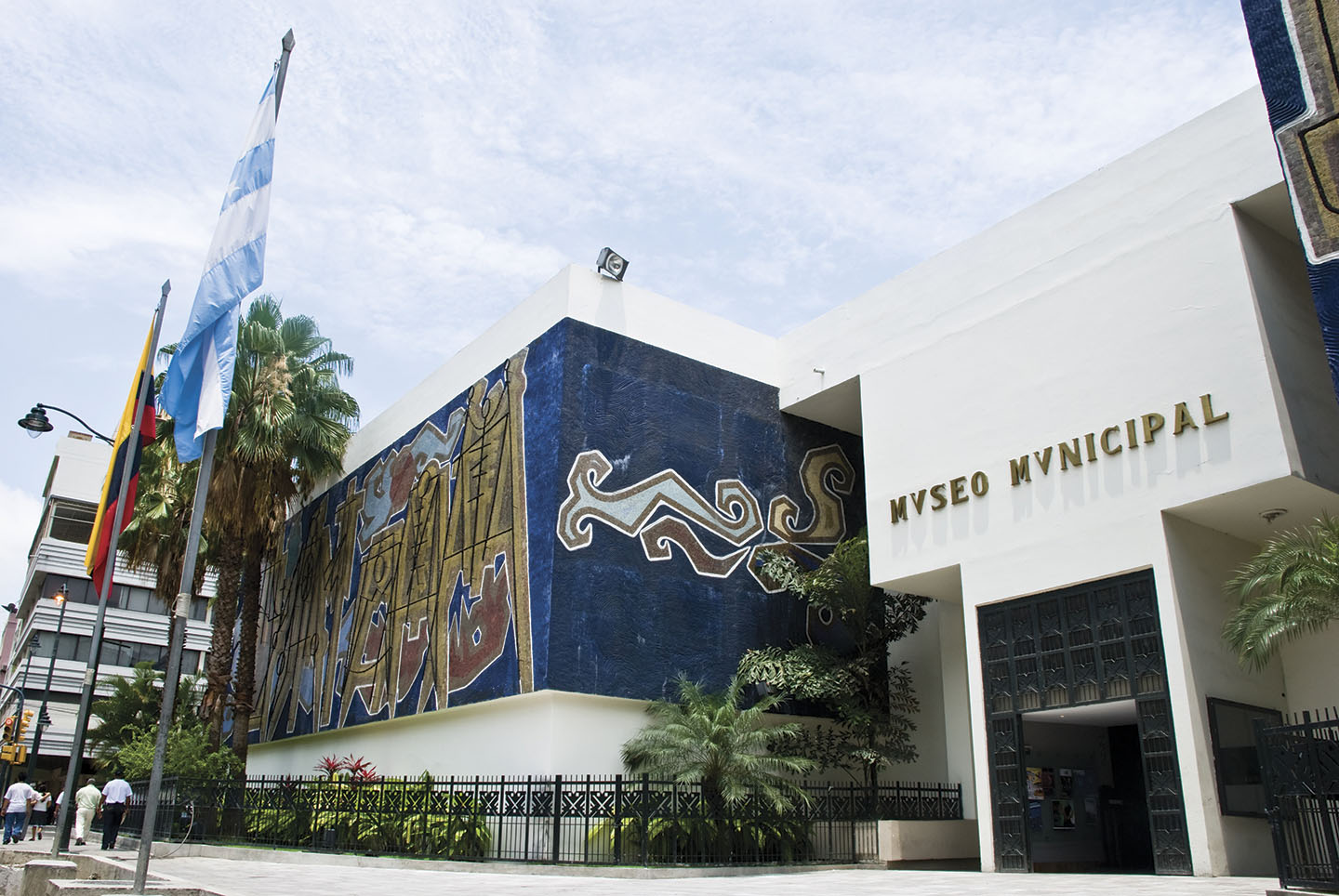 While Guayaquil Municipal Museum was inaugurated on August 9, 1909, its precursor came about on May 1, 1863, when Pedro Carbo Noboa, a politician and writer from Guayaquil, inaugurated the “Industrial Museum” that operated in the Municipal building and exhibited samples of the technological advances of the time. Municipal Library Director Camilo Destruge Illingworth was the first person to run the museum.

The current building, designed by architect Guillermo Cubillo Renella, was built by Miguel Salem Dibo and inaugurated on October 8, 1958, when Luis Robles Plaza was mayor. Today, the museum contains more than 12,000 pieces. 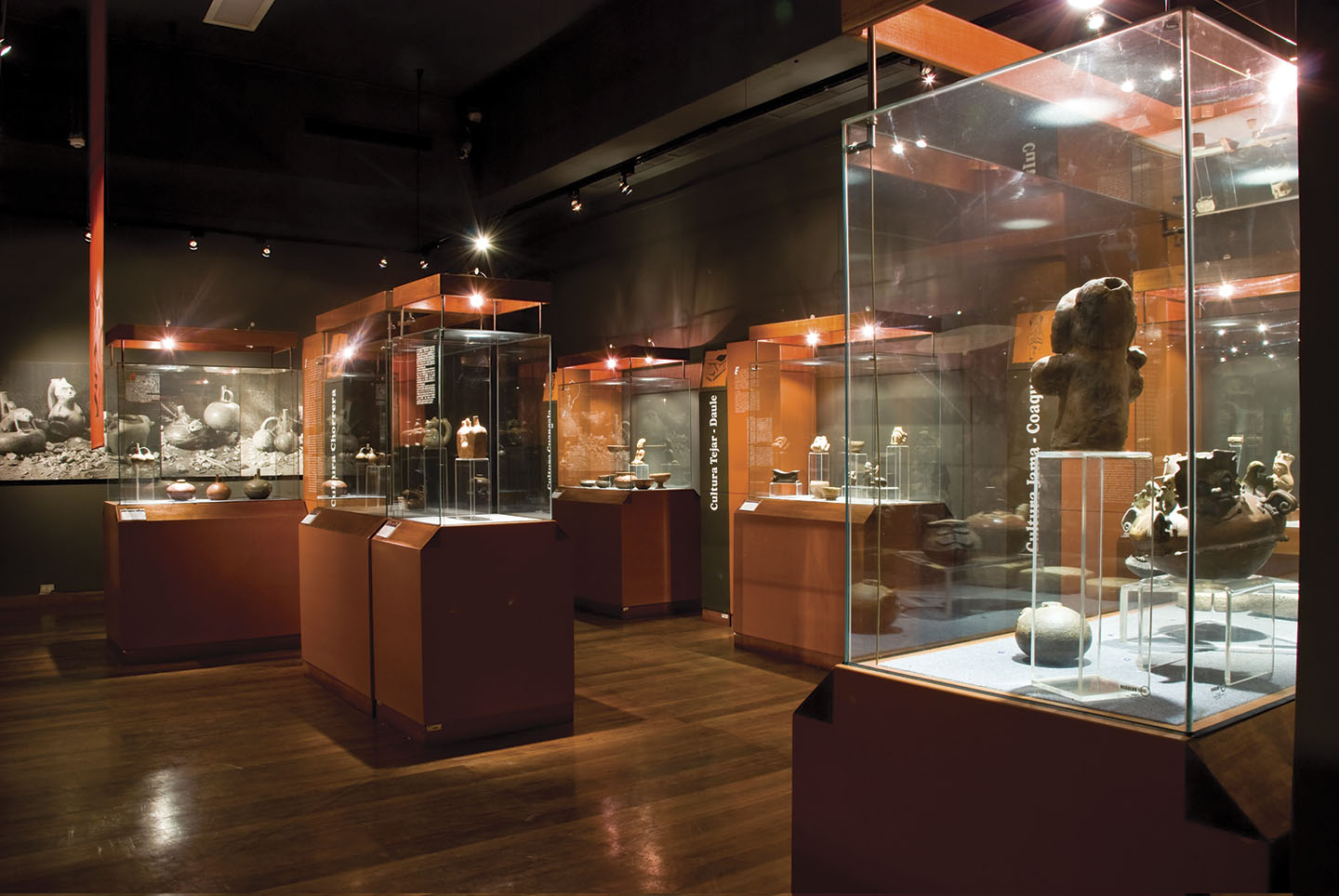 This section has five halls for visitors to discover part of Ecuador’s history. Ceramic, metal and lithic objects are on exhibit, belonging to the Formative period (from 3,500 B.C. to 500 B.C.). This hall details the daily life of natives who lived in the Ecuadorian territory before it was known as such. 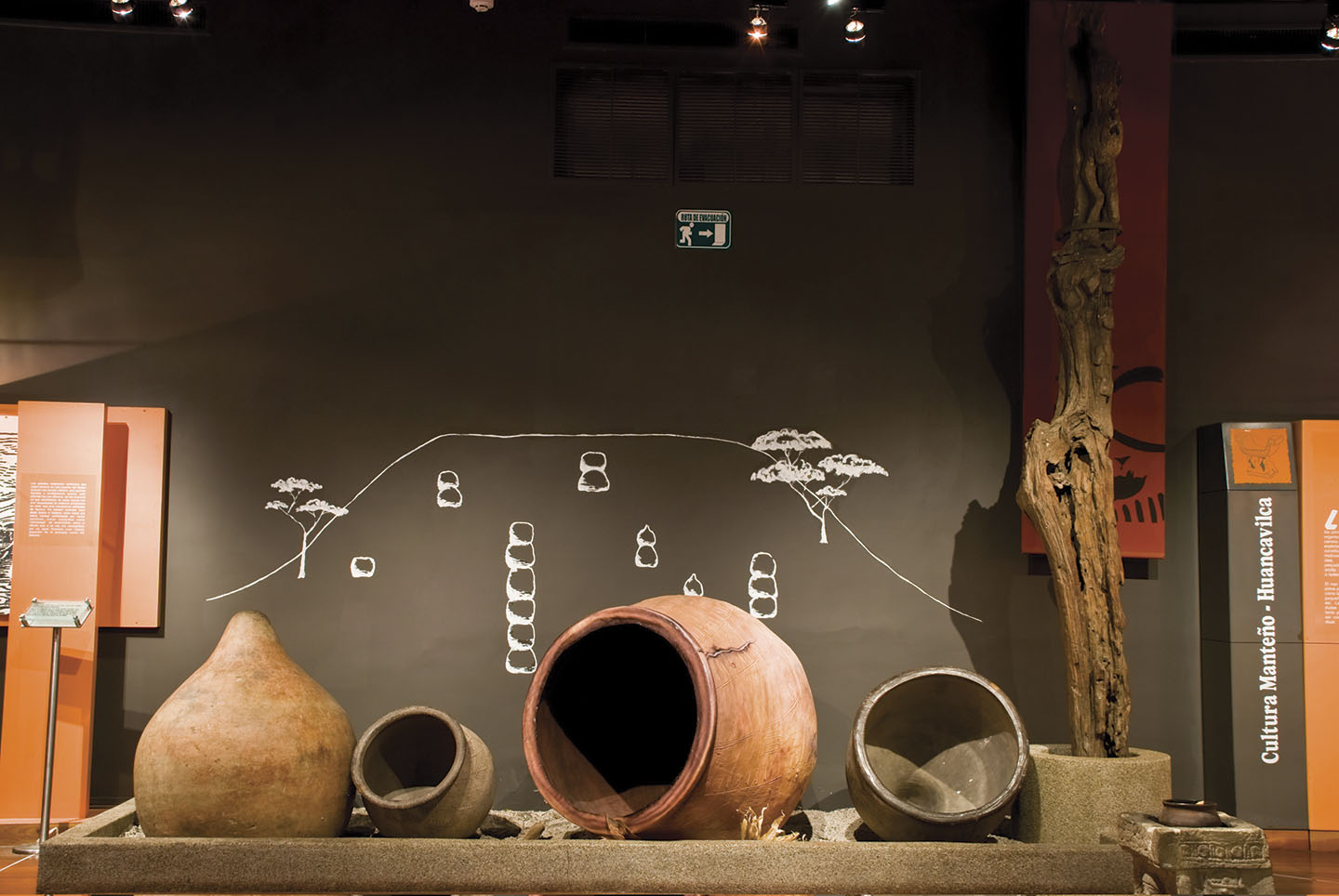 This hall contains an exposition called the Birth of the City, which includes details of the first contact between Guayaquil Gulf natives and Spanish sailors in 1526. The exposition displays Spanish weapons, a diorama of the old Santo Domingo Church, and blueprints for the City of Guayaquil that were drawn in 1770 and 1772. 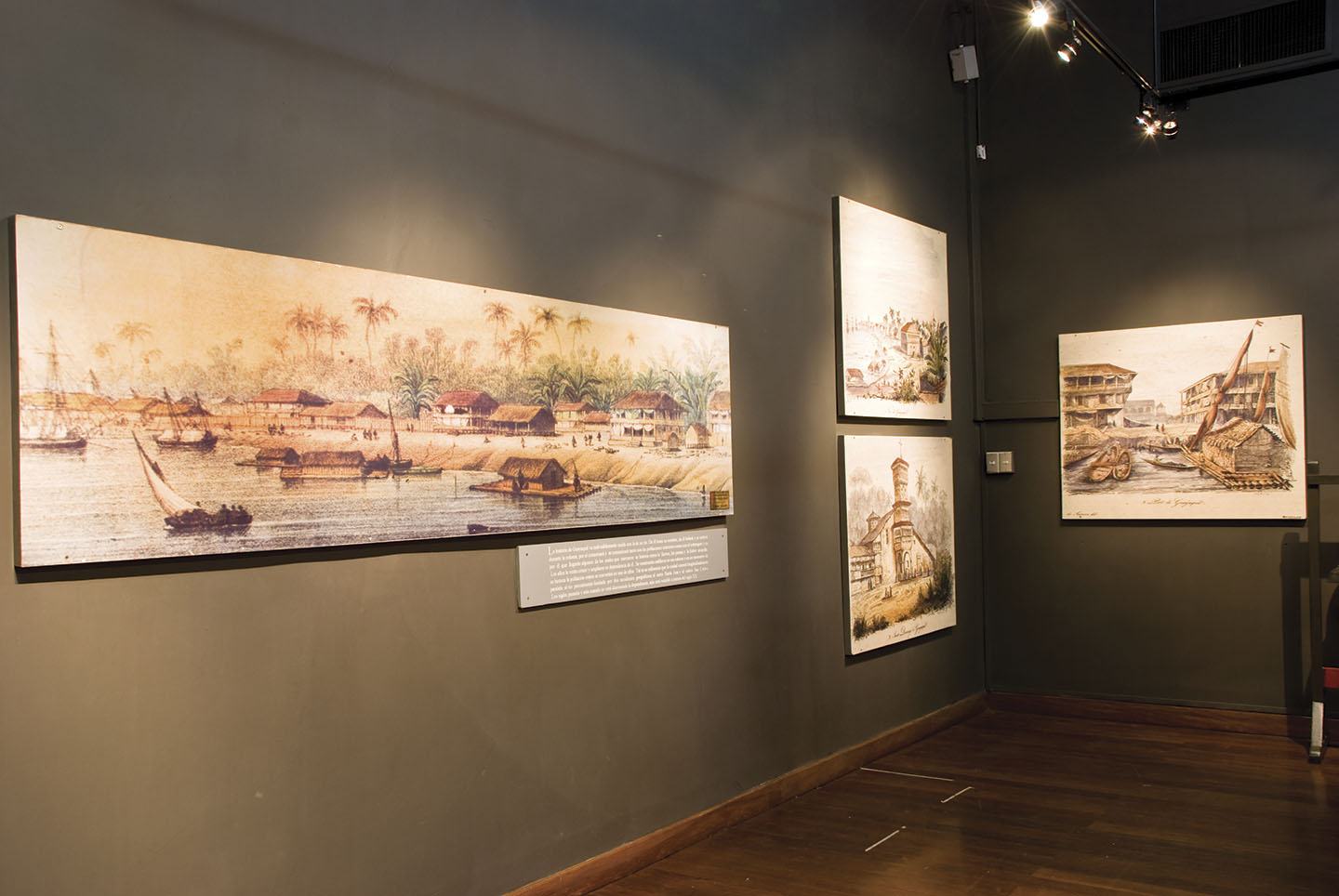 Art was an important part of religion and therefore is present in the museum. Religious paintings and sculptures by renowned artists such as Diego Robles are found in the hall. The works of nineteenth and twentieth century artists portray the Savior Child, Holy Trinity, Our Lady of the Rosary, Saint Francis of Assisi, and others.

This is the place to discover how the barter system evolved into the use of money to exchange goods and services. 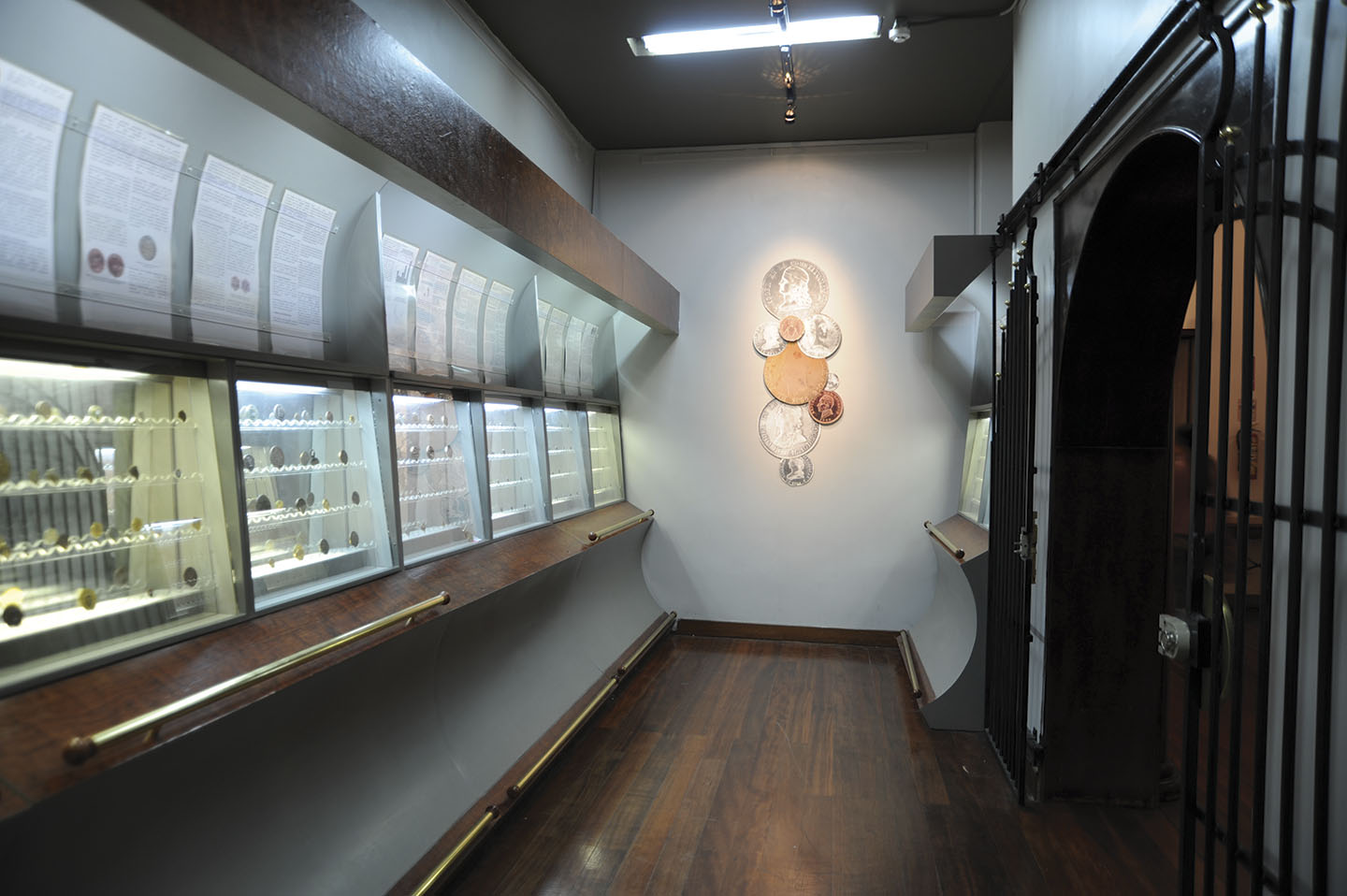 In August 2015, a new hall was inaugurated at the Municipal Museum, with remains of the 1842 yellow fever victims. The findings are exhibited as a sample of the era in which the epidemic hit Guayaquil.

Then governor Vicente Rocafuerte ordered that common graves be created in church courtyards to bury victims of the epidemic. The remains were discovered in 2013 when adaptations were made to the Municipal Museum interior courtyard, located near the San Agustín Church.

A collection of over 3,000 insects, 55 different     species of hummingbirds and hundreds of mounted animals such as birds, mammals and reptiles are on display here. Native species and fossil remains occupying large glass urns were donated by the   San José La Salle High School, and an insect collection was donated by entomologist Jaime Buestán Aucancela. 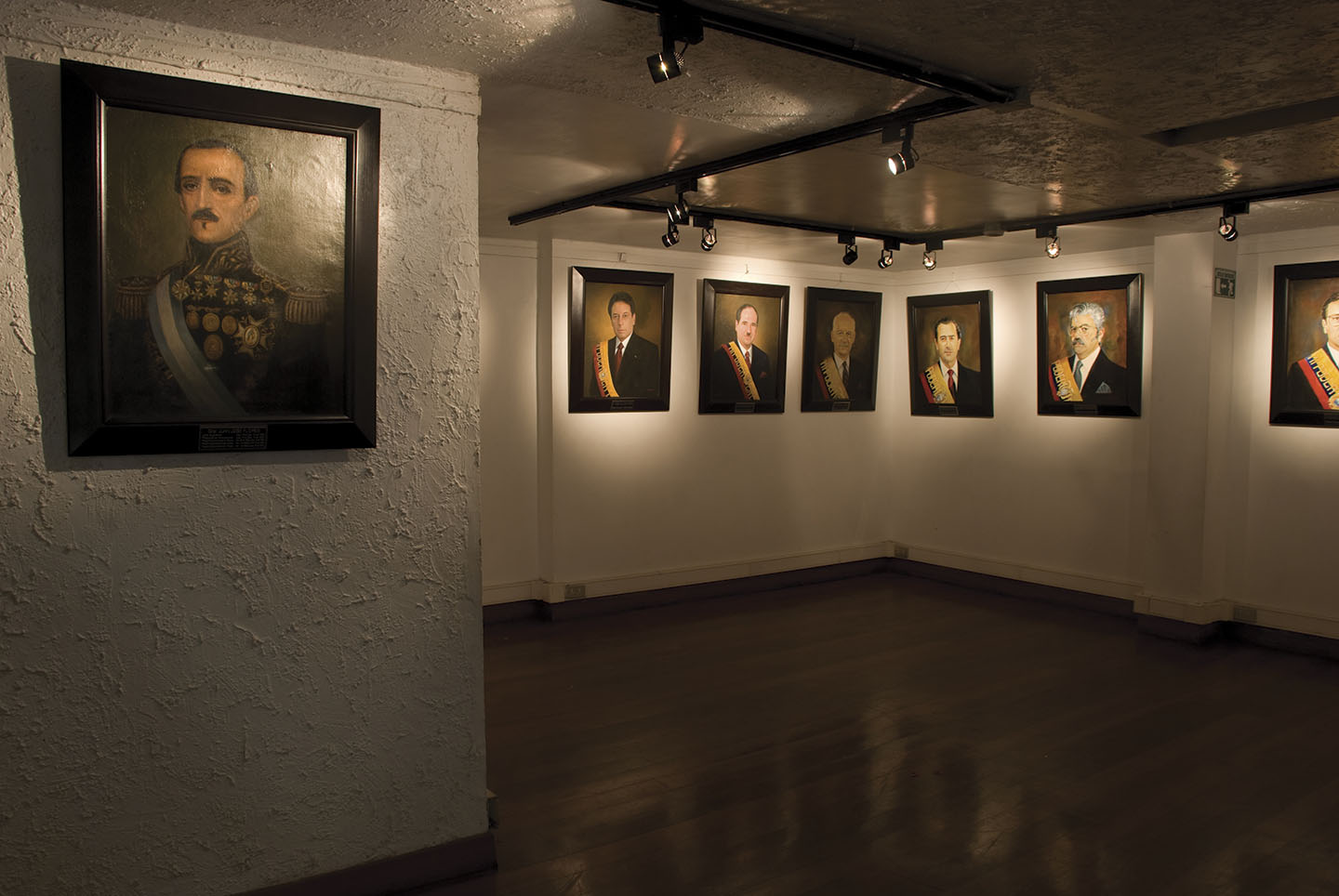 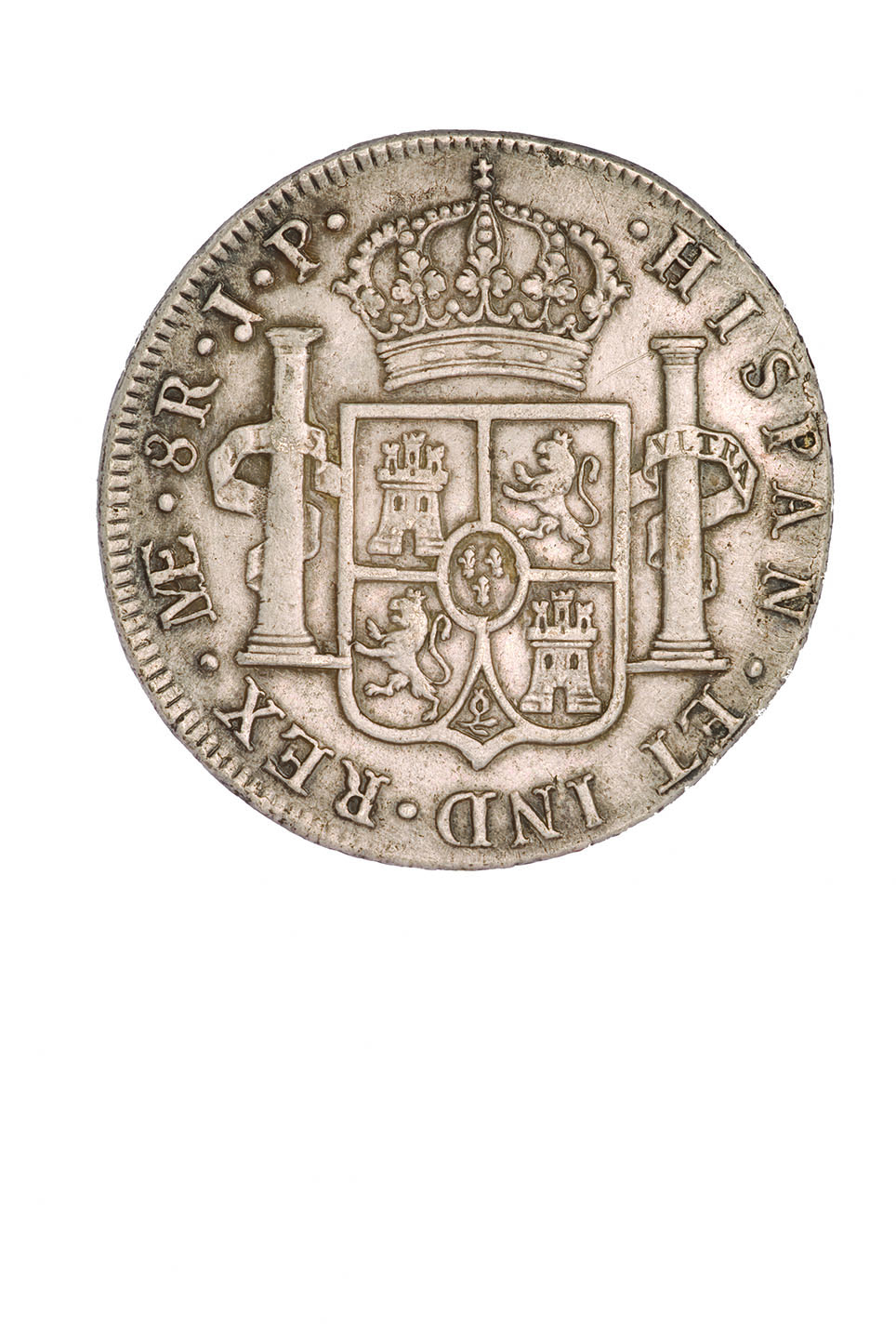 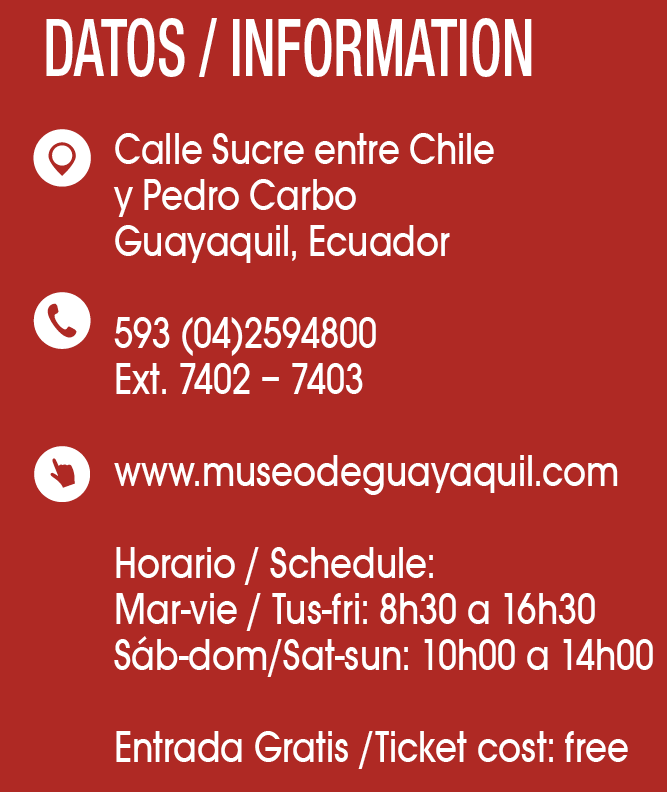