No other destination beats Ecuador. Paradise is here, so say locals as well as foreigners. That’s also our message to the world in ad campaigns sponsored by the Government of Ecuador.

Sandra Naranjo is the Minister of Tourism and as such she leads this business that brings considerable revenues to Ecuador. She obtained her bachelor’s degree in economics from San Francisco University in Quito and subsequently a master’s degree in Public Administration and International Development from Harvard University. We interviewed Sandra in her office in the newly renovated Ministry headquarters, a building with broad vistas of the city. We have summarized her main points.

ALL YOU NEED IS ECUADOR

The first phase of the ad campaign titled ALL YOU NEED IS ECUADOR (with lyrics adapted from the famous Beatle’s song All You Need is Love) is done. This international ad portrays a country with four distinct worlds, the lowlands with Pacific Ocean beaches, the highlands with stupendous mountains, the amazon with exuberant jungle teeming with thousands upon thousands of species of animal and plant life. Plus, of course, those absolutely unique Galápagos Islands. The highpoints of this campaign were the spots aired during this year’s Super Bowl in the United States. Naturally, by the time potential travelers saw this ad, Ecuador’s private operators had tourist packages ready to sell through travel agencies in many countries. 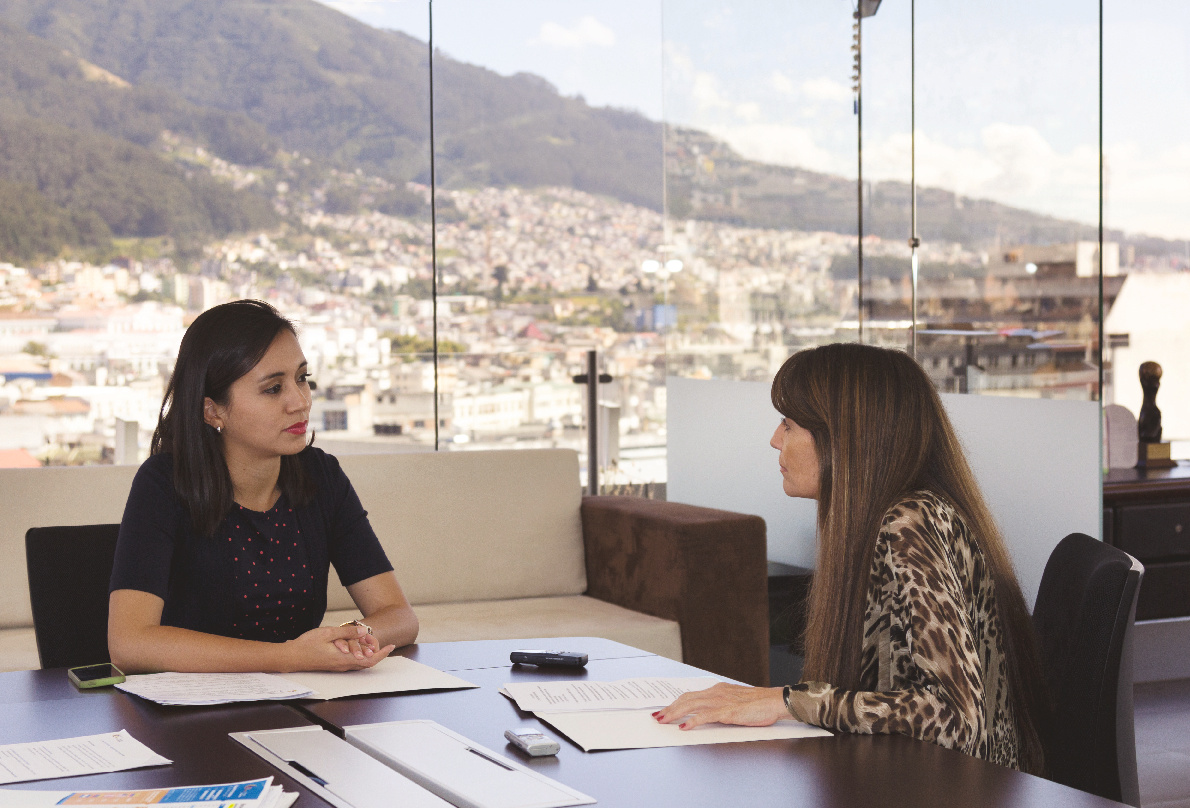 This campaign highlights a very important fact, that tourism is a coin with two faces. Ecuadoreans are naturally tourists in their own country but they are also hosts for foreign visitors.

Now we have started phase two with a new slogan, Feel Again. It’s an invitation that appeals to the emotions travelers seek when choosing a new destination. The key component of the Feel Again project is to select well known artists from four target countries, the United States, Canada, United Kingdom and Germany, and then invite them to come and live the “Ecuador experience”. We look forward to their becoming our best spokespersons.

The selected artists will be filmed during their trips, their statements recorded and their photographs posted. We want to communicate their feelings while visiting Ecuador via social media as well as traditional media. We also expect some free press in the media that follows these artists and also among their fans. Next September they shall be touring Ecuador. Meanwhile, their schedules are being planned. Logistics are complicated because they will travel not only with their entourages, but also with our production teams that will use their visits to make new ads.

This campaign aims to encourage all ecuadoreans to first visit their own country. Obviously, we have a citizen’s duty to get to know our country well. Then, each one of us can become an effective salesperson to promote our special paradise. Packages have been arranged with private tourist operators to meet different pocketbooks and desires. Prices range from 90 to 1,000 dollars for two days with options available to see the lowlands, the highlands, the amazon jungle and Galápagos.

This campaign highlights a very important fact, that tourism is a coin with two faces. Ecuadoreans are naturally tourists in their own country but they are also hosts for foreign visitors. Consequently, all of us can add some small or large contribution to improve the experience of international tourists. As the tourism industry grows, it benefits a huge number of persons because it involves so many businesses and all of them are labor intensive. This community effort will turn Ecuador into a tourism power.

We shall be handing out awards to recognize success in different fields. For example, the friendliest city, the safest city, the cleanest beach, the cleanest gas station, the best rated lodging and restaurants. Nominations will be received until end of August at http://calidad.turismo.gob.ec/premios/. Voting will be open until November.

THE YEAR OF QUALITY TOURIST SERVICES

We emphasize training in order to reach high standards of customer service. Our goal is to train nine thousand persons by December 2015. The program includes everybody from waiters to executives, including ancillary participants such as policemen and taxi drivers. Everybody, absolutely everybody, is expected to be a proper host for foreign tourists.

Ecuador has 65 international flights every week, an average of 9 per day. United and Delta fly daily from Houston and Atlanta, respectively. These flights are important because they put Ecuador just one stopover away from Beijing, Shanghai, Tokyo and Seoul. American has four flights a day from Miami. LAN has daily flights from Miami and from New York. TAME, our national carrier, has a daily flight from New York and nine flights per week from Fort Lauderdale, Florida.

Ecuador’s tourist industry is expanding. Our objective is to keep growing the number of arrivals but, more importantly, to increase the average expenditure per stay. First quarter 2015 tourist arrivals are 6% higher and tourist revenues are up 14% compared to last year.

This year we have won more than 20 nominations for the World Travel Awards. You can vote until August 9th by visiting www.votaporecuador.com.

Ecuador has begun to receive international awards that were previously unreachable. Just this year we have won more than 20 nominations for the World Travel Awards. Galápagos was named Best Islands of the World, beating Bali and the Maldives. The Galápagos airport was recognized as the world’s first Green Airport. Quito was designated the leading destination in South America displacing Rio de Janeiro, the previous leader for the past ten years. We won the Global Sustainable Tourism Award plus many other prizes too numerous to mention.

Our ad campaigns have successfully positioned Ecuador in the minds of key participants in the international tourism industry and also in the hearts of many future visitors.