Before the conquerors arrived, the natives were closely related to nature; they knew perfectly how the solstices, equinoxes and astrological phenomena worked, which the Spaniards found hard to understand. The Inti Raymi, which paid homage to the father sun during the Winter Solstice puzzled the Europeans, who were more interested in conveying their Christian faith. 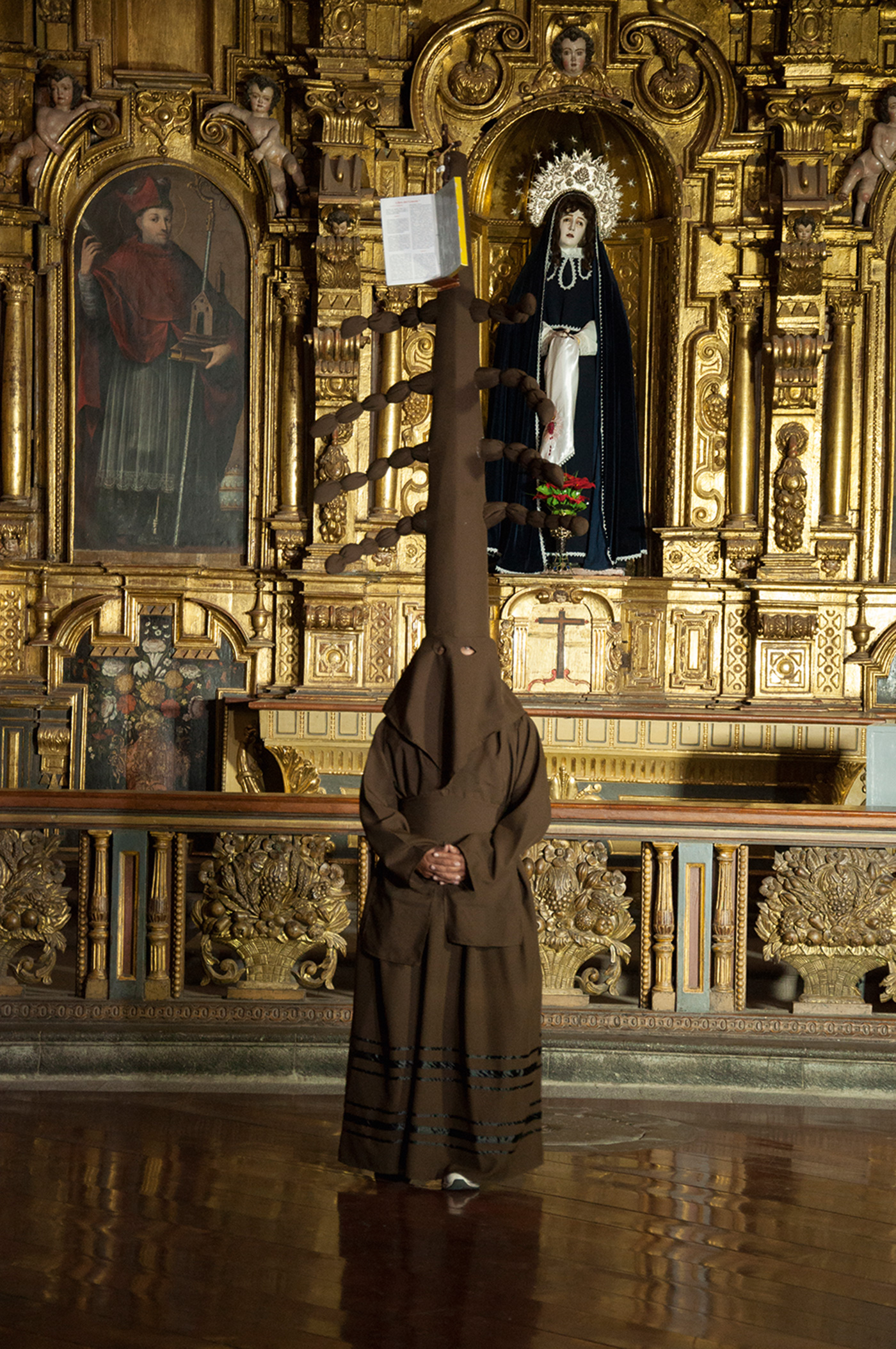 Nearly five centuries had to elapse before that new faith took roots and assimilated common traits such as music, religious acts and everlasting habits. At present, one of the reasons that spiritually uphold the Ecuadorian society is linked to the Catholic religion, which combined with ancestral traditions, has become a group of acts worth being followed. 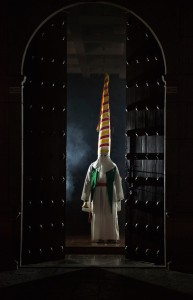 The celebration of the Holy Week in Quito is one of them. The city swarms with visitors who wish to witness the faith and beliefs of this noble tradition. Devout participate out of love, fear or fervor, and next to the icon of Jesús del Gran Poder, the patron of Quito, they perform an impressive pilgrimage amongst churches, colonial homes and streets that are dotted with the purple garments of cucuruchos and ‘verónicas’ who remind us of the miracle of “Veronica’s Veil with the Holy Face”.

The celebrations begin with a Sacred Music Festival that prays to heaven ten days before. Musicians play on beautiful organs kept by churches, while a concert of belfries takes place during Palm Sunday enshrouding the entire colonial downtown.

The funeral honors, known as “Arrastre de Caudas”; it´s the only memorial celebration in Christ´s honor, which takes place on Holy Wednesday and, based on traditions and rituals, it has become a privilege to experience. It is a remembrance of an ancient Roman ceremony honoring the courage of generals during religious wars such as the “Crusades”, symbolizing the death and resurrection of Jesus. Formerly it was re-enacted during the Holy Week in Seville, Lima and Quito; however, it has only been conserved at this last city. 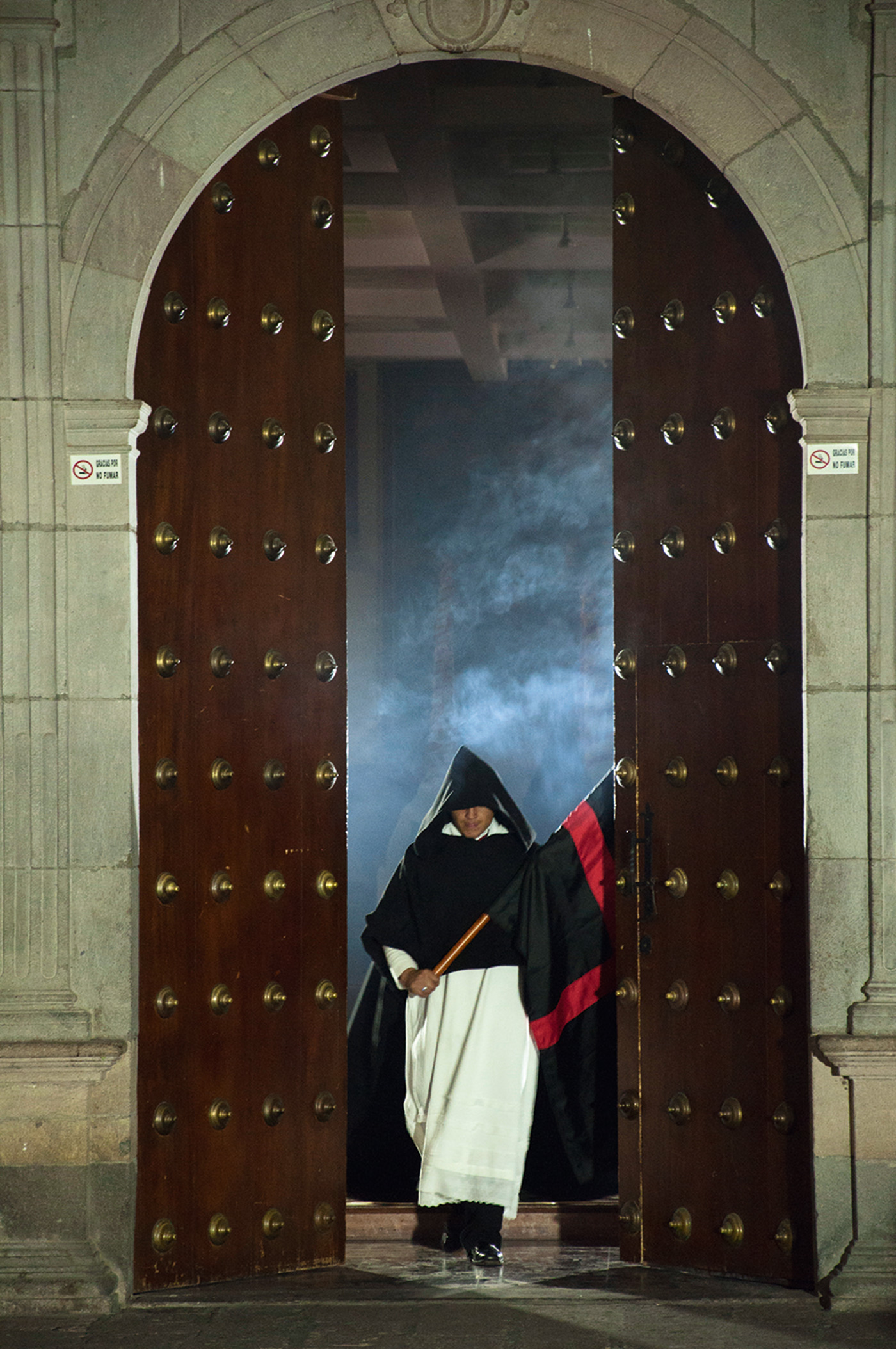 Various characters participate during the pilgrimage of Good Friday: verónicas, Roman soldiers, apostles, madeleines, priests, military, musicians and the well acknowledged cucuruchos wearing pointed, long hoods and deep purple robes. In the wave of the religious icons carried on platforms, cucuruchos are the largest in number and profusely represented. An old story tells of a poor youngster who had fallen in love with a beautiful and wealthy dame and had exerted great courting efforts. When failing in his purpose, he hid his identity and participated in the pilgrimage in secret thus honoring his promise to pay homage to God. The cucurucho currently represents faith and promises made to the Virgin and all Saints who accomplish miracles.

In Quito, the context is unique and people get together to exhibit authentic expressions throughout the procession. People flagellate to punish themselves for their sins; carry icons, wooden crosses and express remorse in several ways: they walk barefoot, step on nails or thorns while carrying flowers in order to be relieved once connected in the intimacy of their prayers. Icons of “la Dolorosa” and that of Jesús del Gran Poder are transported on antique carriages.

This approximately 10km pilgrimage begins at the Church of  San Francisco proceeding along Bolívar Street, Venezuela, Manabí, Vargas, Riofrío, García Moreno, Sucre, Benalcázar and reaching the Church of San Francisco de Quito. The pilgrimage begins at 12h00. Faithful Catholics cross themselves and reach at this prominent Catholic temple, clad in mourning clothes to make their petitions before Our Lord Jesus Christ, so that when he does in fact resurrect next to His Virgin Mother, the Divine Child and St. Jude Thadeus.

Religions and their origin really don’t count; it is rather traditions and legends what gathers people together, among traditional food such as “fanesca”; and delicious typical desserts such as arroz con leche (rice custard).

Fanesca is a timeless soup served in Quito. The ingredients originate in South America; however, with the arrival of the Spaniards, European components were added, a combination of traditions and habits pertaining to two separate worlds. It includes 12 ingredients representing the 12 apostles. Based on milk and codfish, tender squash, olives in its oil, it also contains the typical grains, such as peas, lima beans, sweet corn, lupins, lentils, peanuts and beans. With fanesca, the Spaniards ended the fasting season and sanctified the dish by incorporating its salient role during the Holy Week.

Each family readies itself to continue with the cycle of wonderful habits. All restaurants proudly exhibit a sign for the meal of the day: “hoy fanesca”. Fruit, dark chocolate and ‘colaciones’, mix with the favors of people who are much nicer than usual during these days. 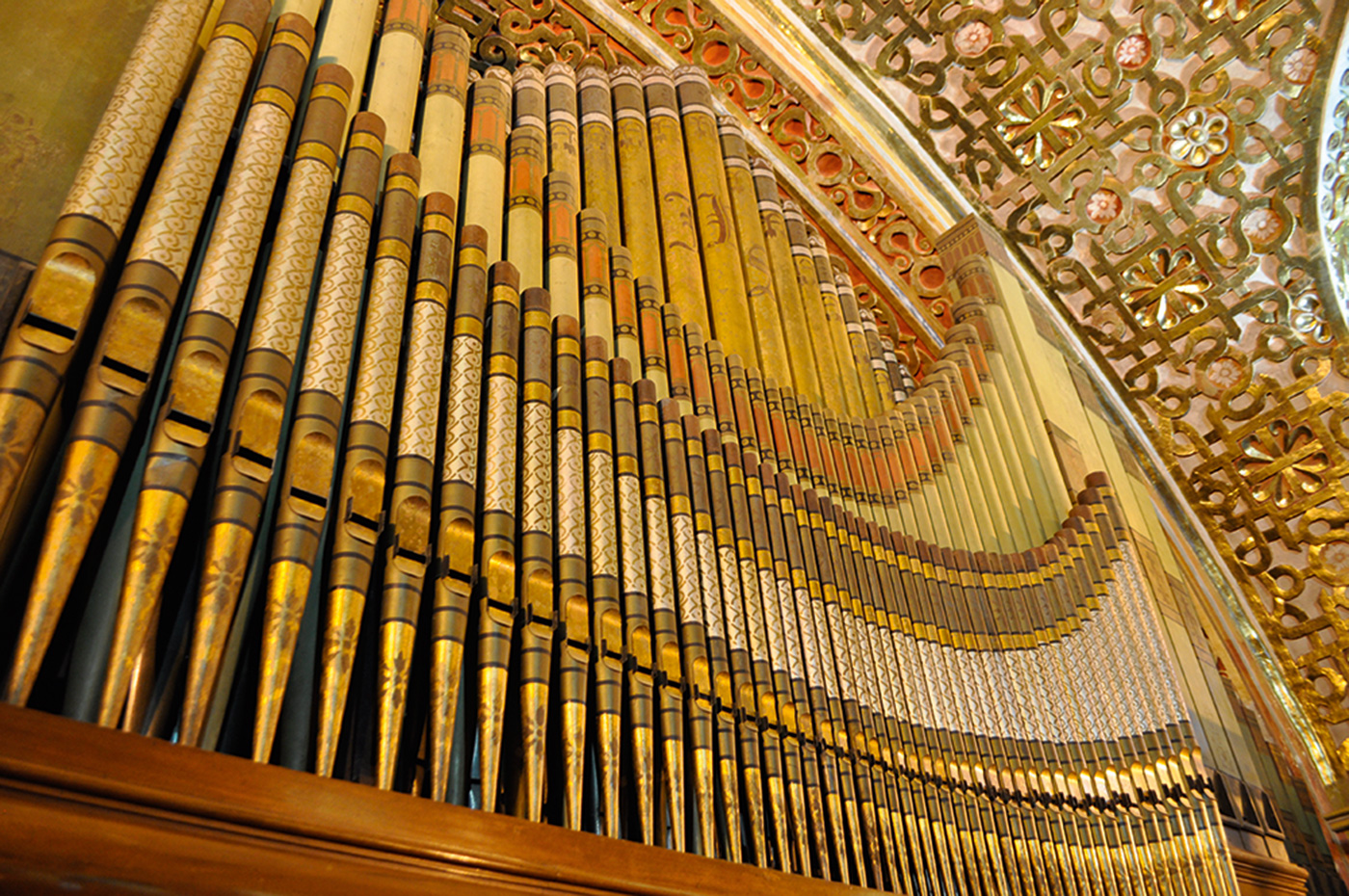 Holy Week ends religiously with the resurrection and Glorification of God. Every way of thinking is embraced in Quito as one single community before the presence of essential faith, in a city where nature is worshipped as a blessing from God. Experiencing Holy Week is a rewarding experience leading to introspection.