Faith and history praised in the same place

In the heart of Guayaquil, in front of the Seminario Park, this cathedral is an impressive Neo-gothic building. Worshippers pray devoutly, some thanking for a blessing, others begging for one, but all oblivious of the beauty and history housed in this temple. A few tourists share this space, while admiring the architecture and photographing the beautiful nooks and crannies. 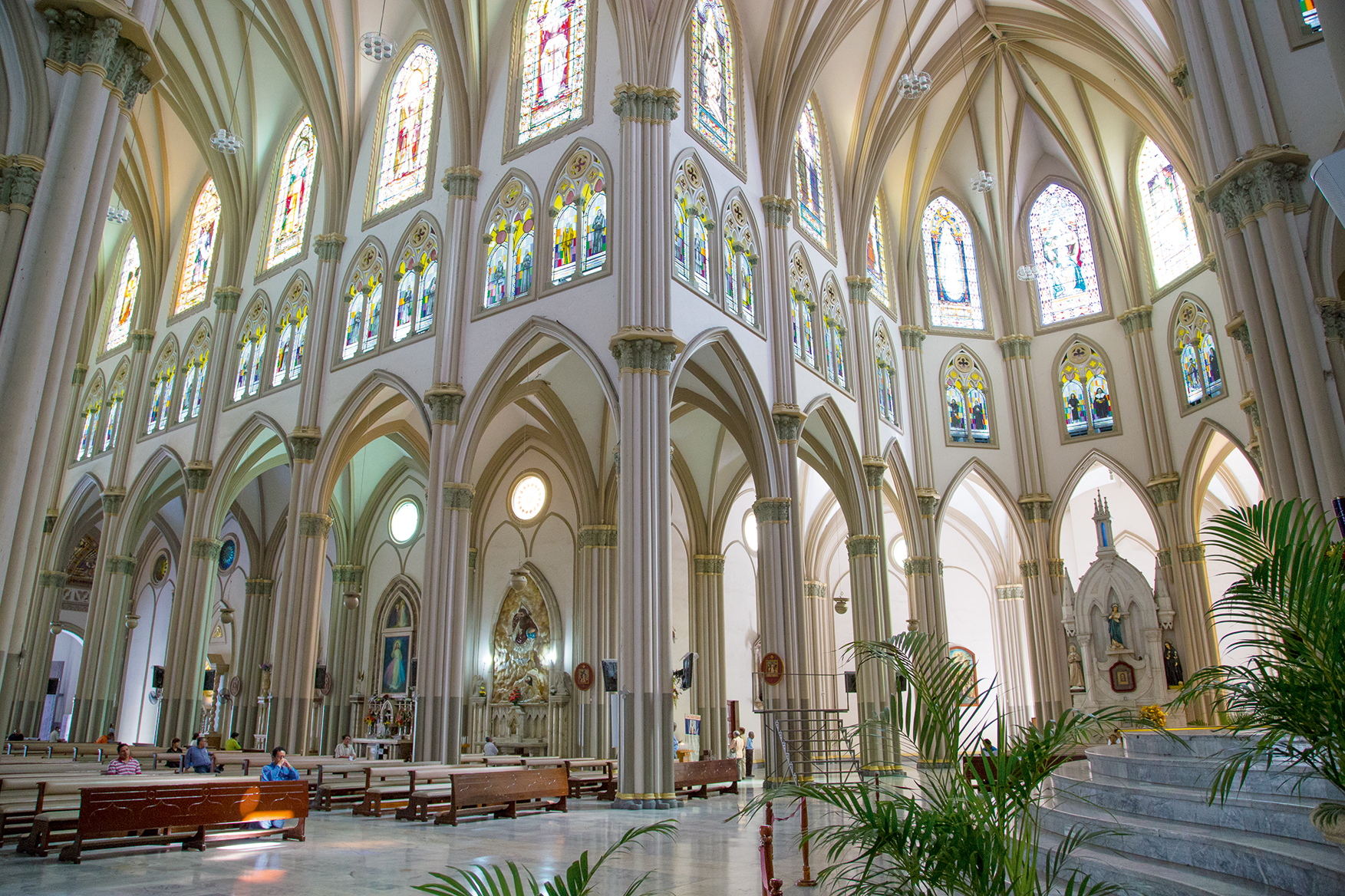 The temple now known as the cathedral was originally the Master Church located at the base of the Las Peñas neighborhood, where Guayaquil was founded. Originally built of wood in 1547, it burned down in 1692. Much later, in the 20th century, it was rebuilt in concrete. 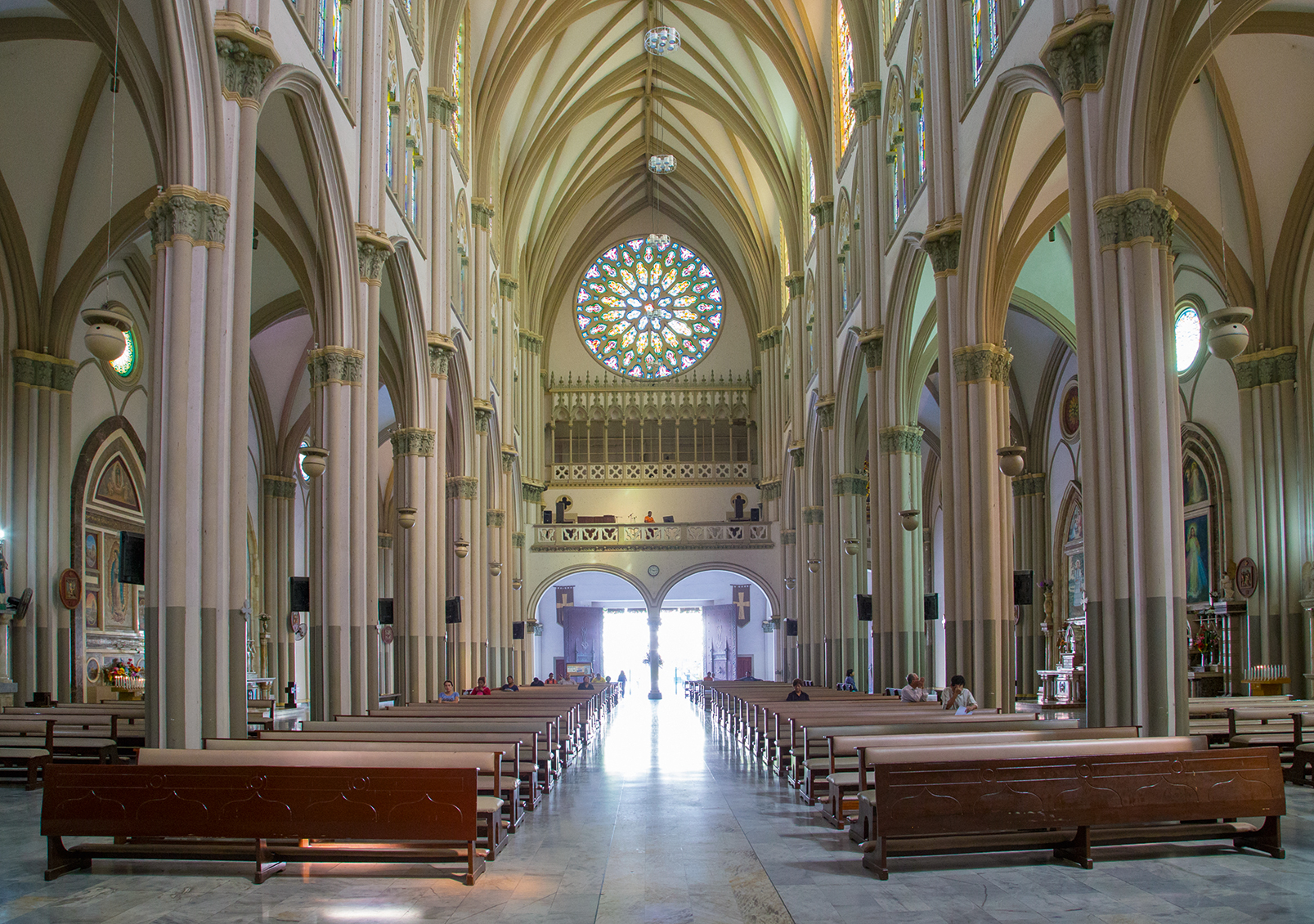 We pause on the sidewalk of the Seminario Park, also known as Iguana Park for obvious reasons, and from there we can gaze at the two needle-capped towers that house one clock each. One of the clocks marks the tides of the Guayas river that flows past downtown Guayaquil. 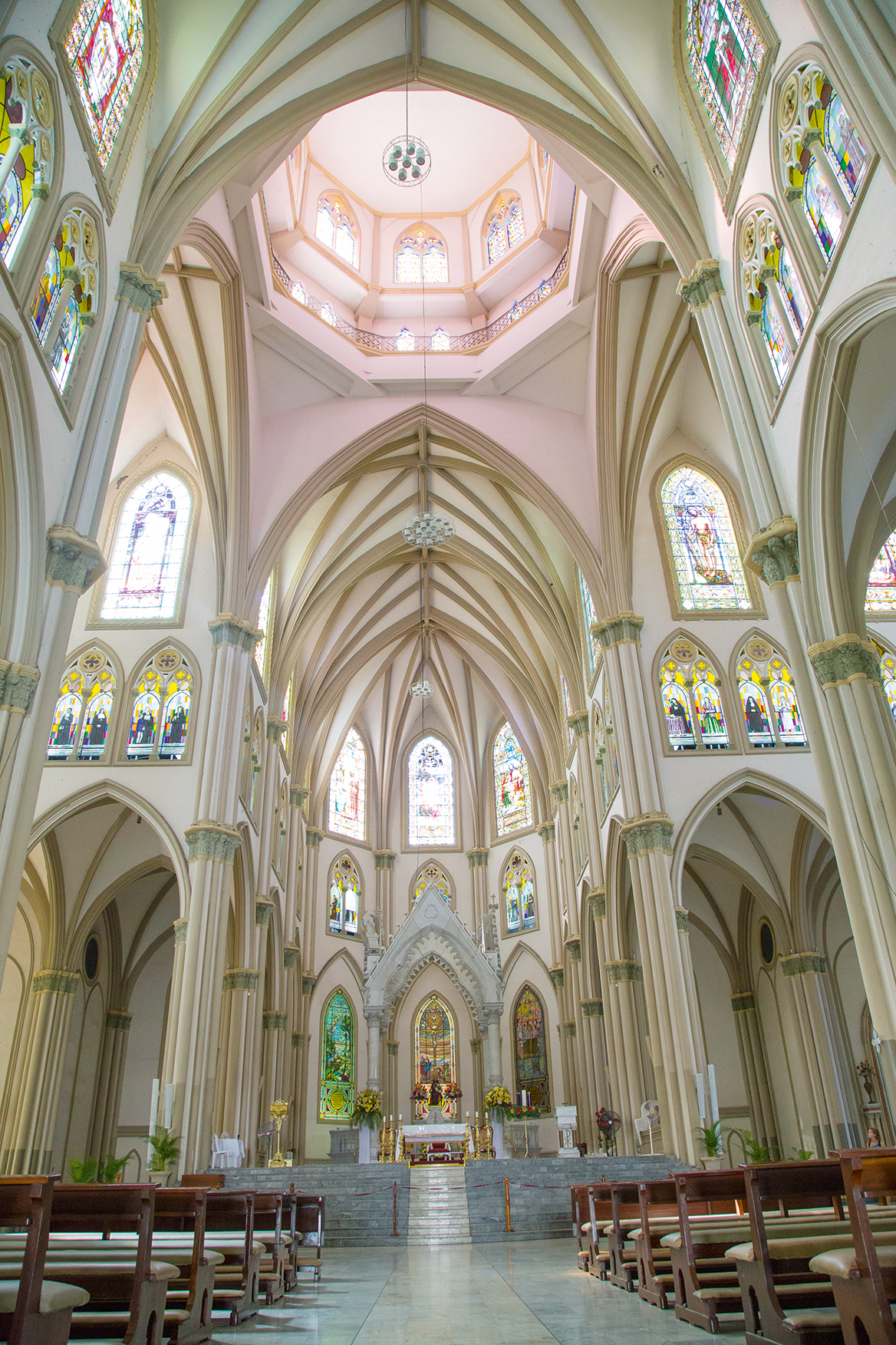 A little further back and above, we can distinguish the statue of the Apostle James the Great. Towards the middle is a stained glass window, in the shape of a rosette, whose colored glasses filter the interior light to create a multihued atmosphere. As we cross the street and approach the entrance, we pass under a pointed arch on whose lower level we notice five bas-reliefs, a bull, an angel, an eagle, a lion and a book. 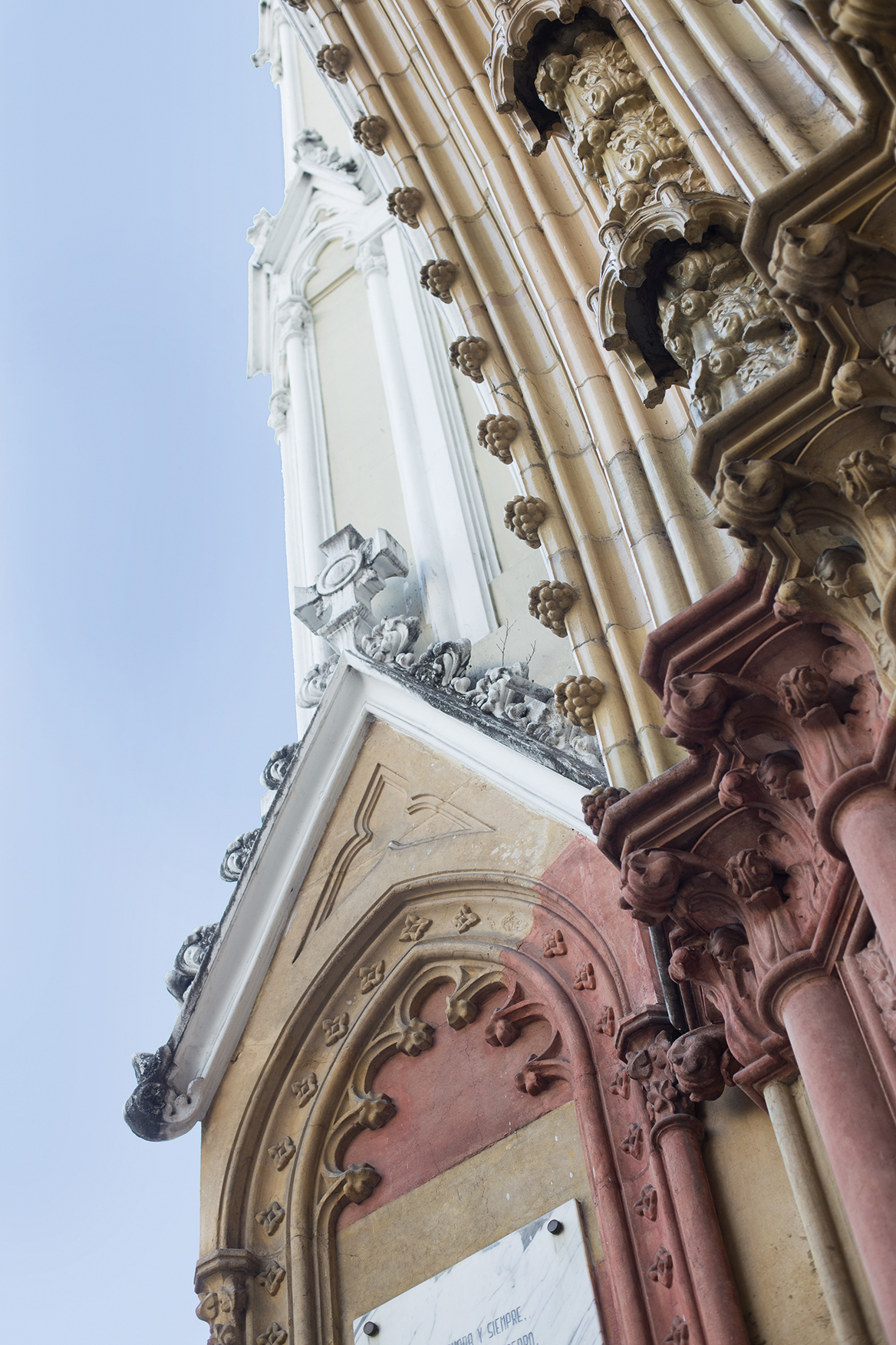 We continue walking inside the entrance hall, under a series of thin Gothic arches, until we enter the main hall. Towards the North, we see the Chapel of the Holiest and, under its altar, one of the places known to very few worshippers. It´s a small crypt that holds the remains of priests and benefactors, tombs from two hundred years ago and some as recent as Monsignor Luis Alberto Arias who died five years ago. Another relatively unexplored spot is the Episcopal Mausoleum that harbors painting and plaques in memory of the eleven Archbishops that have served in Guayaquil. 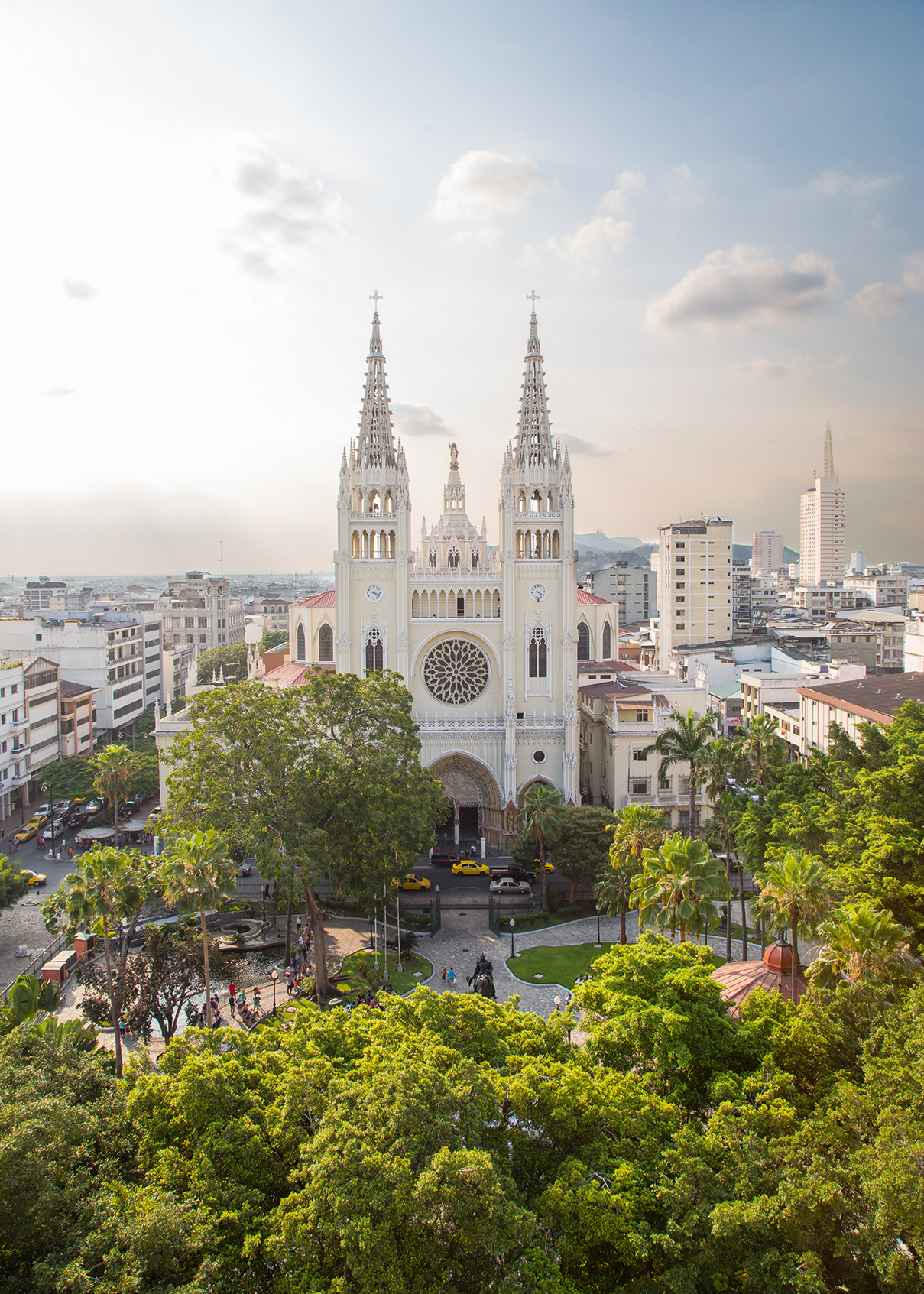 In addition to its impressive height, stately columns, historic passageways, striking paintings and ornate sculptures and balconies, the Gothic stained glass windows highlight the Cathedral´s magnificence. One hundred twenty-six glass pieces, all stained with deep colors, depict the images of apostles and patriarchs of the Old and New Testaments, as well as Latin American blessed and saints. 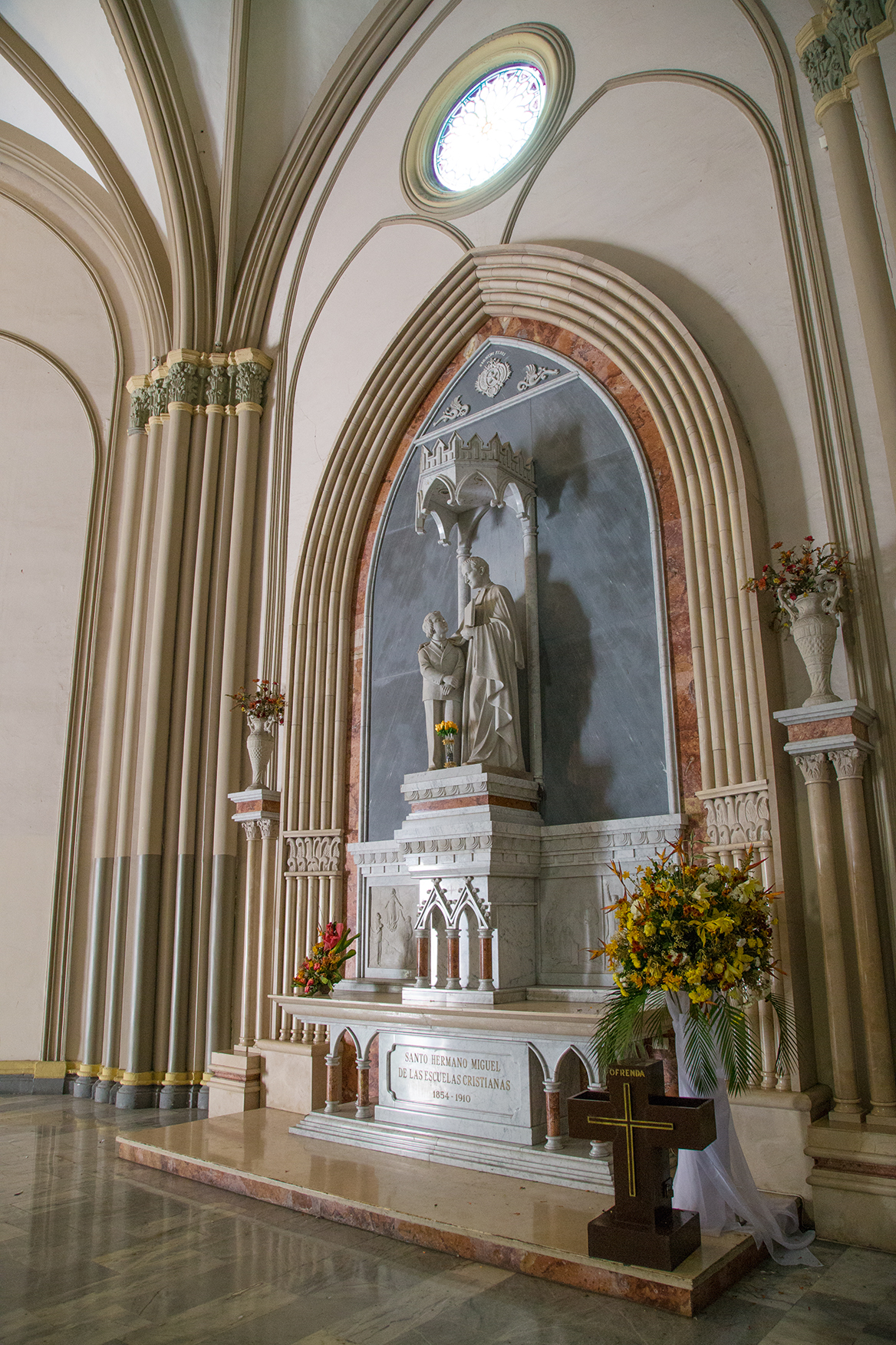 Along the tour, we can also appreciate several more altars, one dedicated to the Virgin of Schoenstatt, another to the Virgin of Guadalupe, to Our Lord of the Divine Mercy, to Saint Narcisa de Jesús. The altar in honor of Jesús del Gran Poder occupies a major spot in the Cathedral. 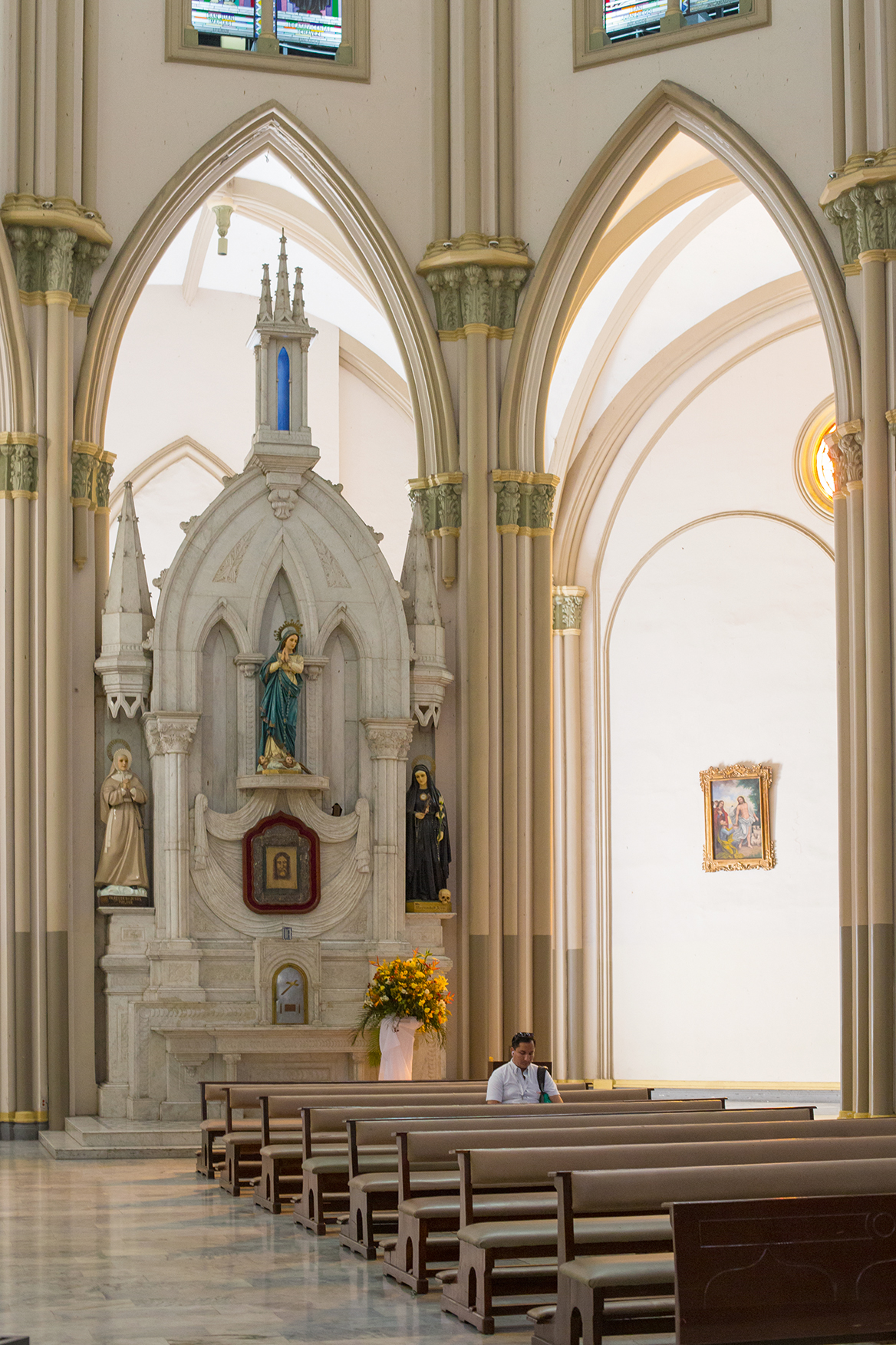 Along the interior of this important Catholic church, we can observe three naves, the central nave, one lateral nave and a perpendicular cruise nave, behind the high altar. At the rear, we can distinguish a statue of Christ the King, blessing Guayaquil. 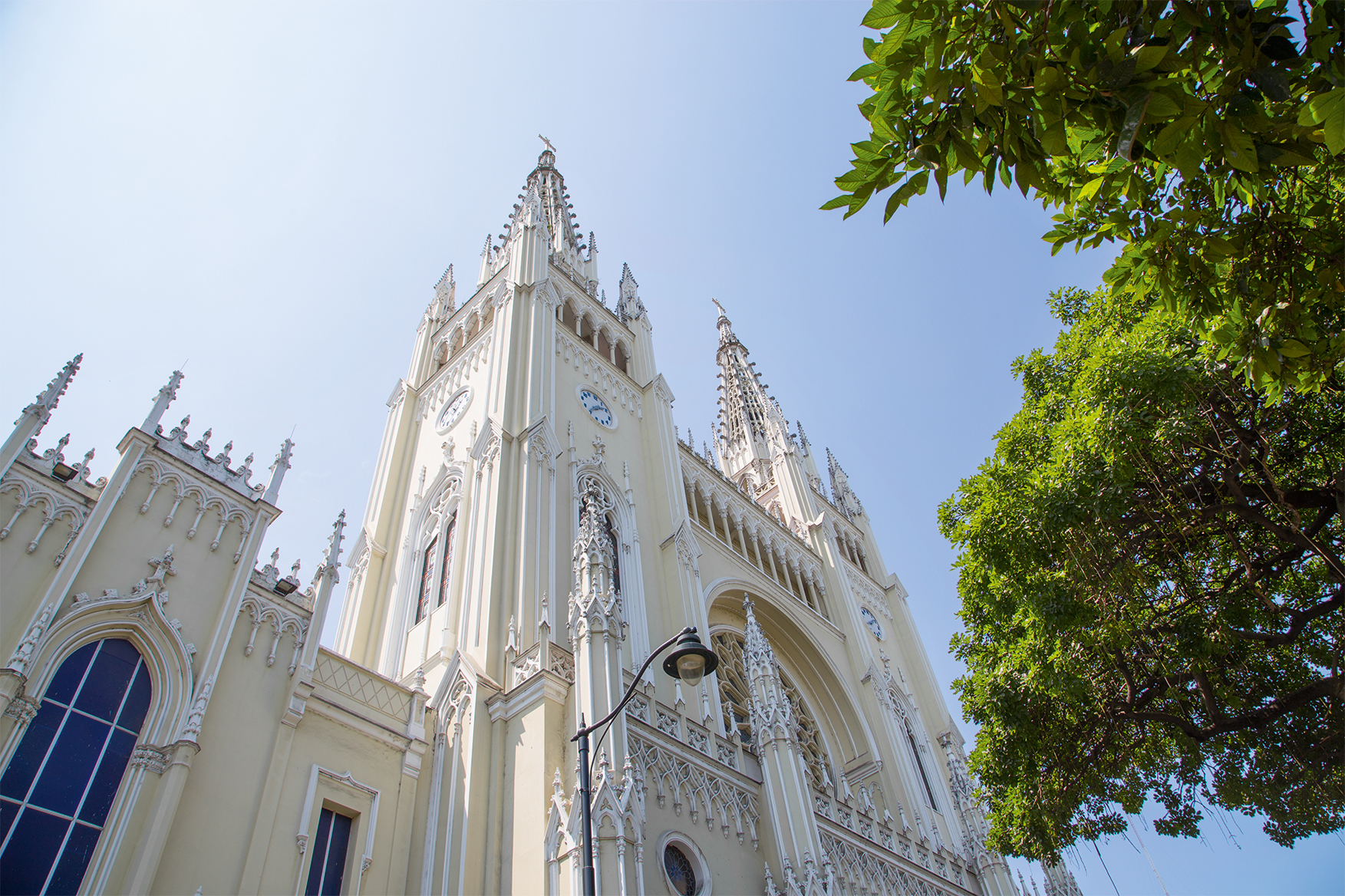 A touch of modern practical technology is evident in the video screens strategically hung from pillars in order to allow a better view of the high altar for those special occasions that draw thousands of worshippers. 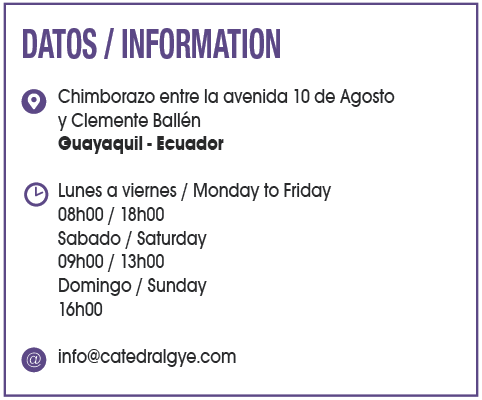 Along the exterior walls we see sculptures of several saints, Ambrose, Gregory, Augustine and Jerome, who guard the entrance gate. Next to the Cathedral is the Archbishop´s Palace, which shares the same architectural style. One important detail of the old cathedral is still kept in the office of the Mayor of Guayaquil, a wooden medallion carved with the image of the Apostle James the Great. 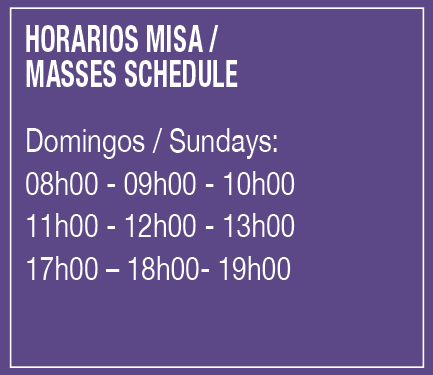 Naturally, entrance is free. The Cathedral is open every day of the week from 9:00 a.m. onwards. An average of one thousand persons, between the tourists and the faithful, enter daily. This number rises significantly on Sundays and on religious holidays.

The Metropolitan Cathedral of Guayaquil is not only an ideal place to experience a spiritual encounter, but also an opportunity to get acquainted with Guayaquil´s past and present through the Cathedral´s architecture.