Every first week of December Quito dresses up in a very special way. The city celebrates its Spanish foundation anniversary one day in advance, so the 5th of December music, parades and fireworks become protagonists in this wonderful environment.

The exact anniversary is December 6. That date, in 1534 the Cabildo of the Villa of San Francisco de Quito met for the first time. Creative as they are, people of Quito decided that the city, like a bride, had to be serenaded on the balcony on the eve of its birthday. 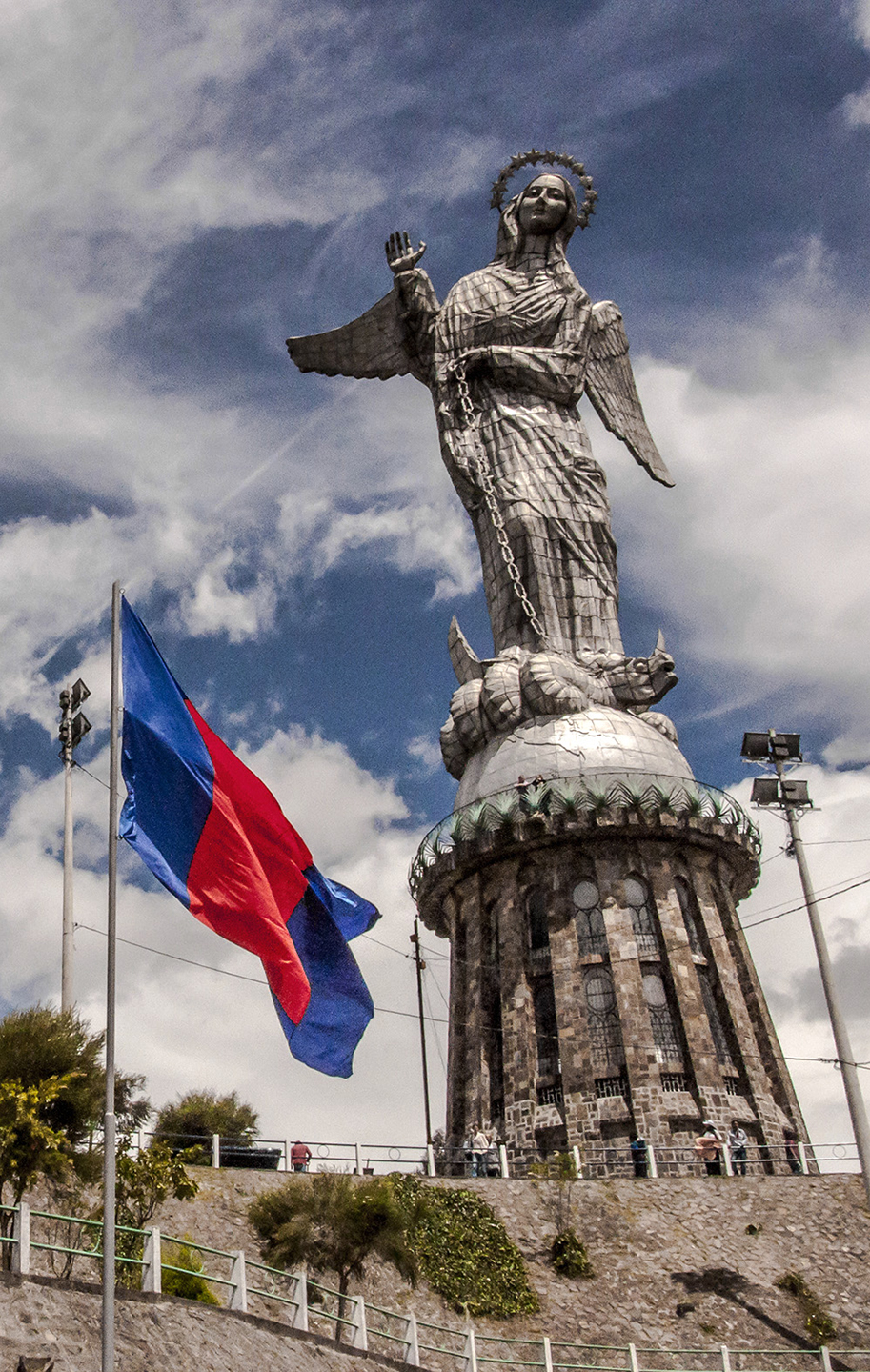 Actually celebrations start a week before, towards the 28th of November with Queen of Quito Election, a tradition that inaugurates the festivities. In the most traditional aspect of the festivities, the Te Deum solemn Mass in the Basilica of Our Lady of La Merced is offered every year. 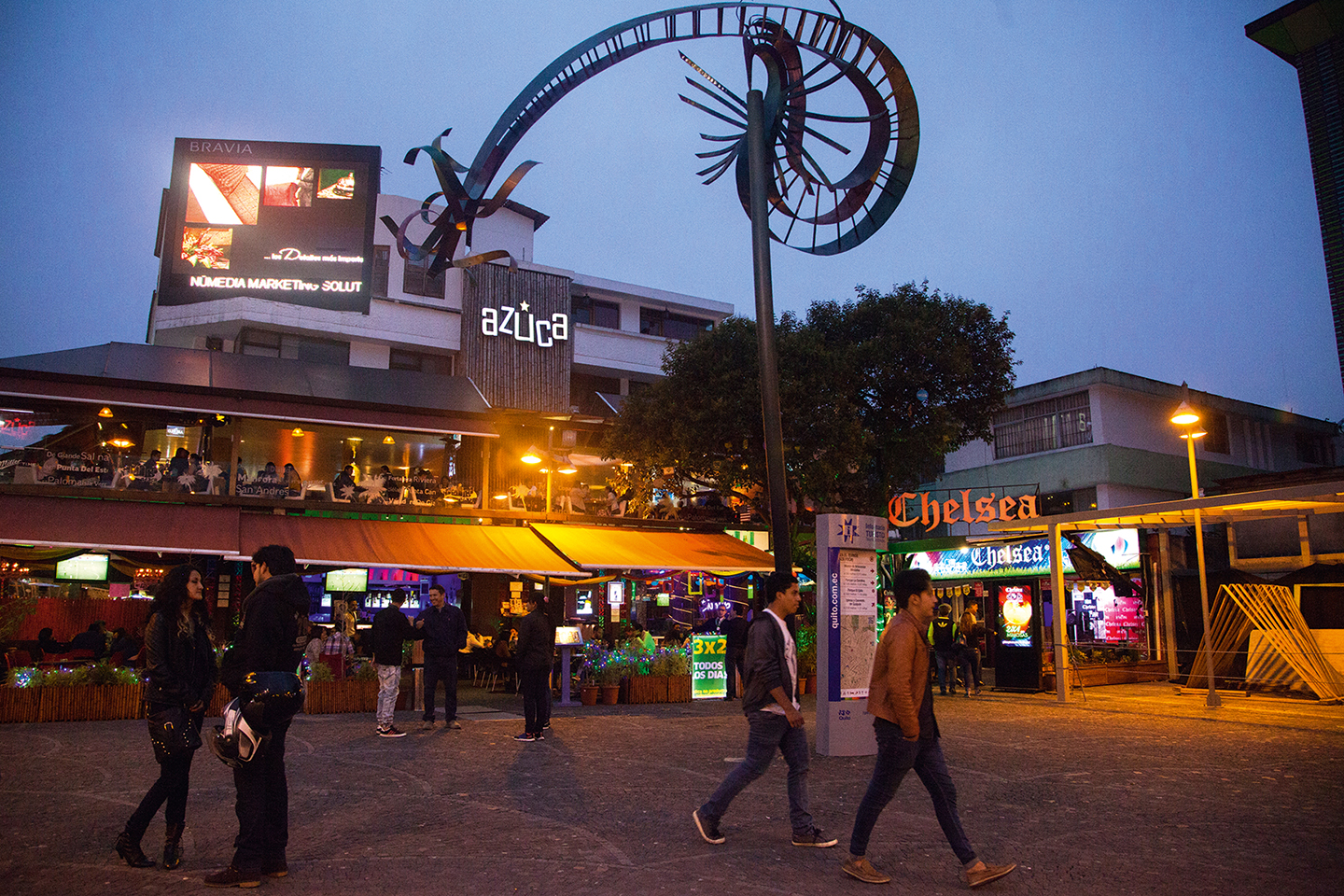 The colonial city trusted its protection against earthquakes and volcano eruptions to Our Lady of La Merced. Nowadays, in secular times, they still thank her every year for remaining protective. Equally traditional are the parades throughout the capital, such as El Corso de las Flores and the Confraternity Parade. School students, citizen groups, artists and neighbors meet along the main avenues at the north and south of the city to celebrate. The participants parade with typical costumes performing choreographies along the way. 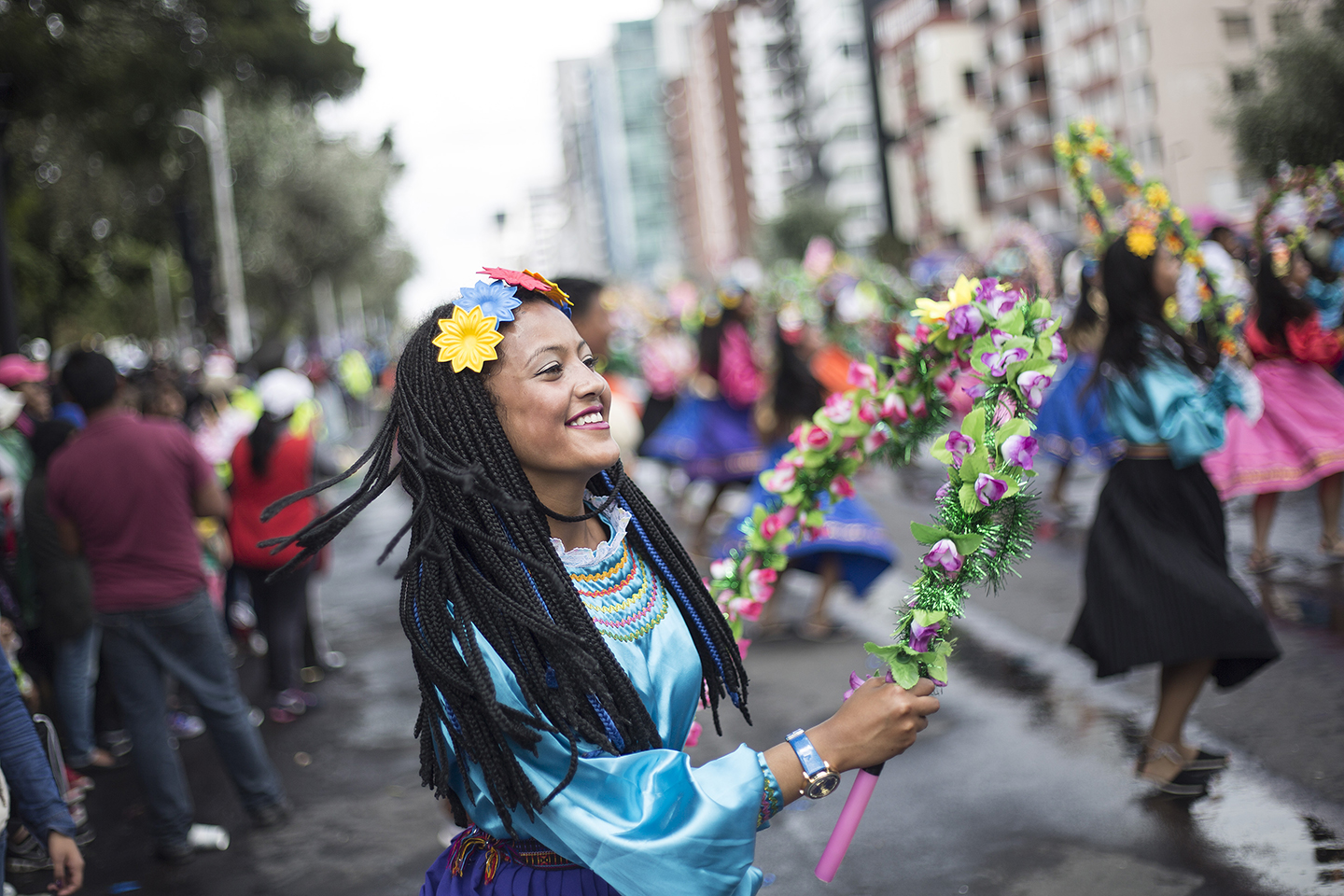 On the night of December 5th celebrations reach its highest point. Massive concerts and parties in the streets of almost all neighborhoods set the tone for the celebration in a night of “farra” where music, dance and joy embraces everyone. 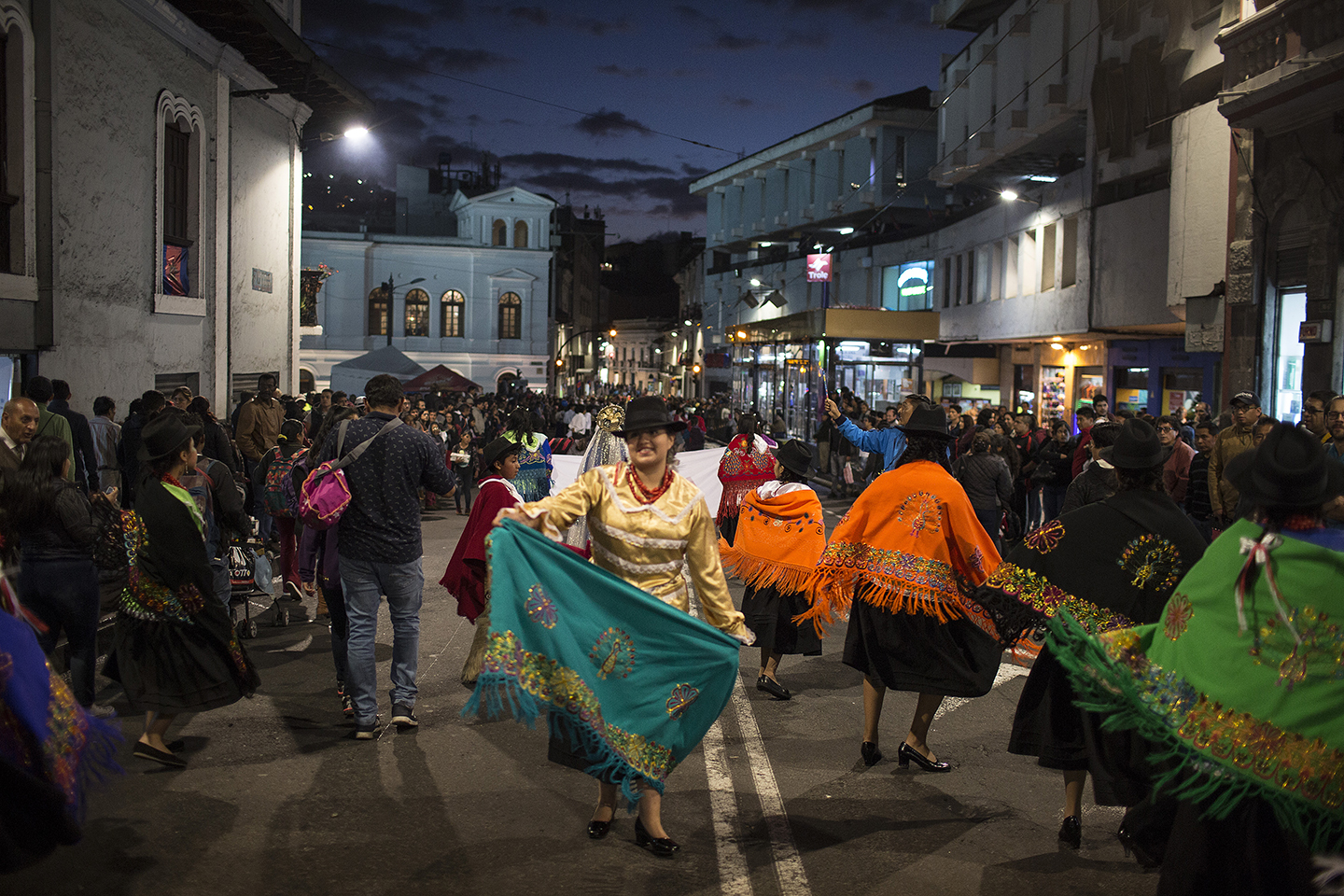 And, in the midst of everything, delicious food, good vibes and culture: Quito is rich in theaters, museums and diverse cultural spaces.

These celebrations emerged as a citizen initiative in the late sixties, before that they were just civic and formal events. The party mood was “invented” by a couple of editors of Últimas Noticias (a local newspaper), and some musicians, among them the unforgettable duo Benítez and Valencia.

We celebrate more than 400 years of life in the city, and we do it with traditions and nostalgia. In Fiestas de Quito there is music, lots of music. Two great free concerts, baptized as Quitonía, invite international artists to perform in an environment filled with enthusiasm. 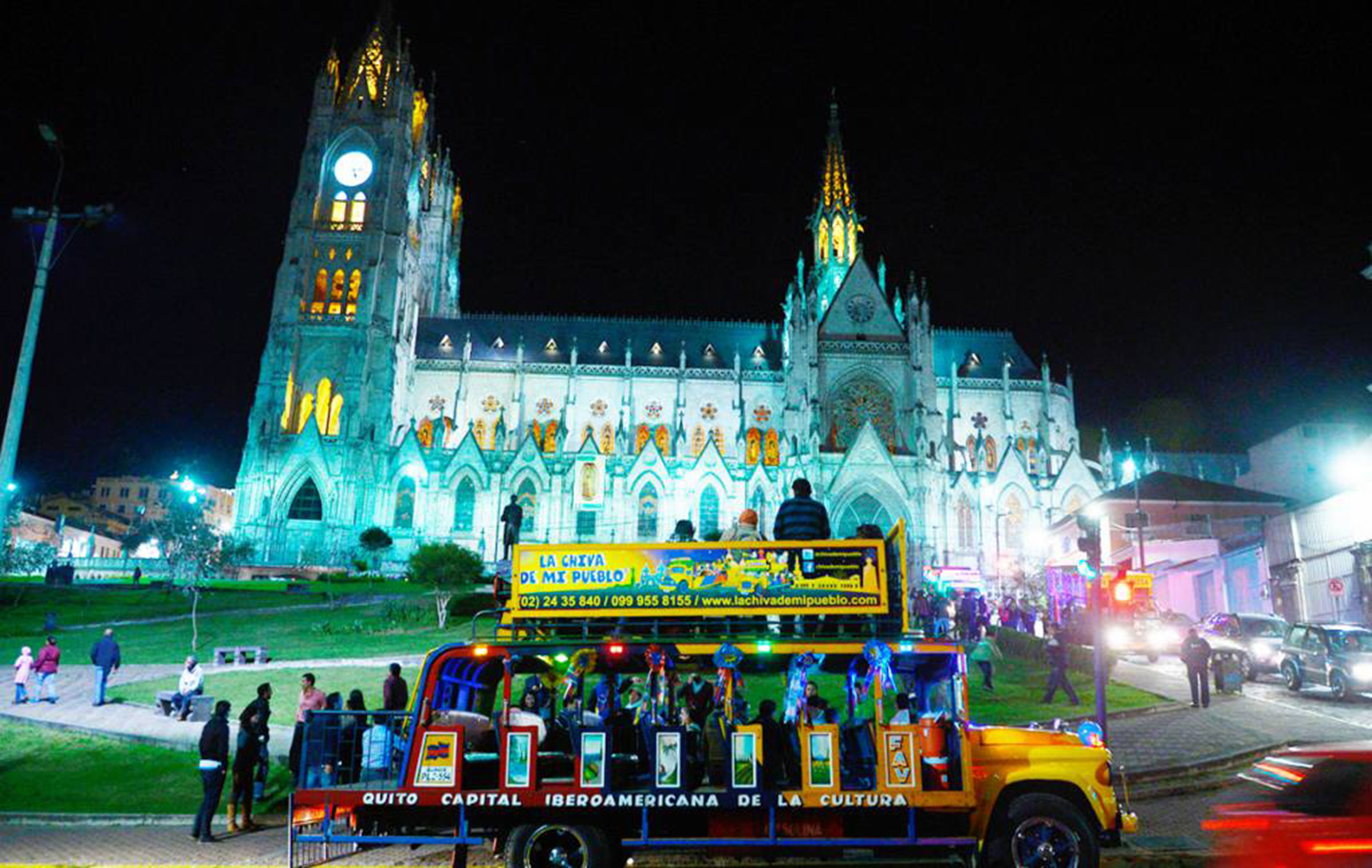 Other musical platforms contribute to light up the night in Quito, many of them with local artists who join the crowds in saying loudly the magic phrase of the week, ¡Que viva Quito!