* Visit Kapawi Ecolodge & Reserve website by clicking on the logo

Today, when the whole world is still trying to understand climate change and the meaning of sustainability, I would like to tell you about an event that occurred almost 30 years ago, through which the Achuar warriors, located in the south east of Ecuador, decided to protect the jungle accommodating a self-sustaining tourism project in its territory.

They were aided by important personalities such as Carlos Perezzo, founder of El Universo newspaper; Daniel Koupermann pioneer of self-sustainable tourism; and Bill Twist, precursor of Nature Legislation Rights that is today part of Ecuador´s Constitutional Law. As a result of this very important alliance, Kapawi bio-fauna and Lodge was born, protecting 700,000 hectares of pristine Amazonian primary forest, which includes 4 Amazon Rainforest´s ecosystems and where, in the coming years, thousands of species that are not yet included in science books are going to be found. 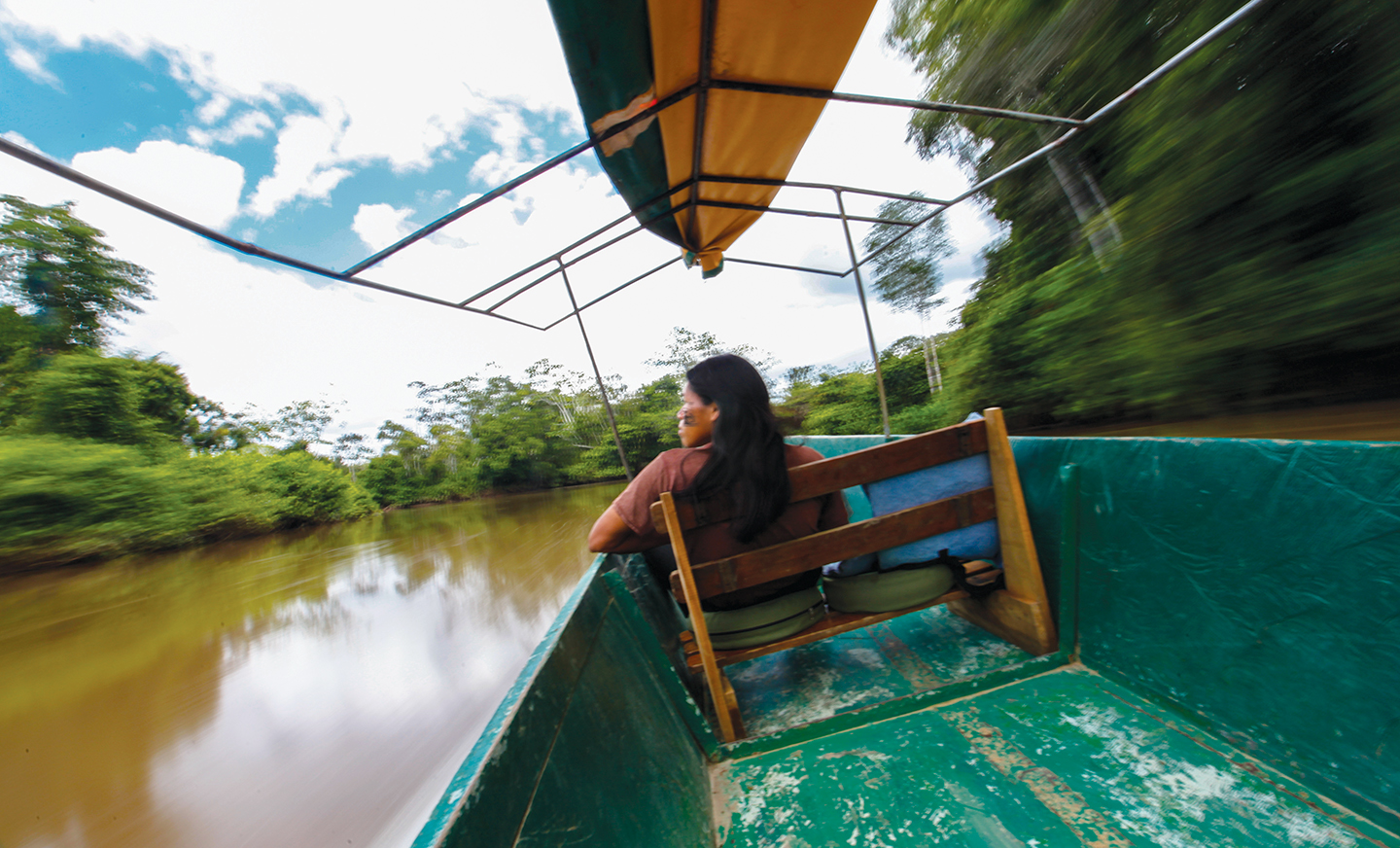 The trip begins in Quito at Cultura Manor Boutique Hotel, winner of Ecuador’s Leading Boutique Hotel in the World Travel Awards 2018, where expert guides give an introductory talk, and through which experienced travelers from different parts of the world begin a journey through the ancestral culture of Ecuador. In addition to gaining important knowledge and discovering themselves, they become ambassadors of our country when they return to their homes.

We drove from Quito crossing the Volcanoes Avenue to the southeast, until we reached Puyo city, where we boarded a charter flight that accommodated the group of expeditionaries, and took us on an incomparable aerial trip over the jungle, worthy of any Indiana Jones movie. After about 45 minutes of flight we landed in the middle of the jungle, in an esplanade adjacent to one of the Achuar communities. 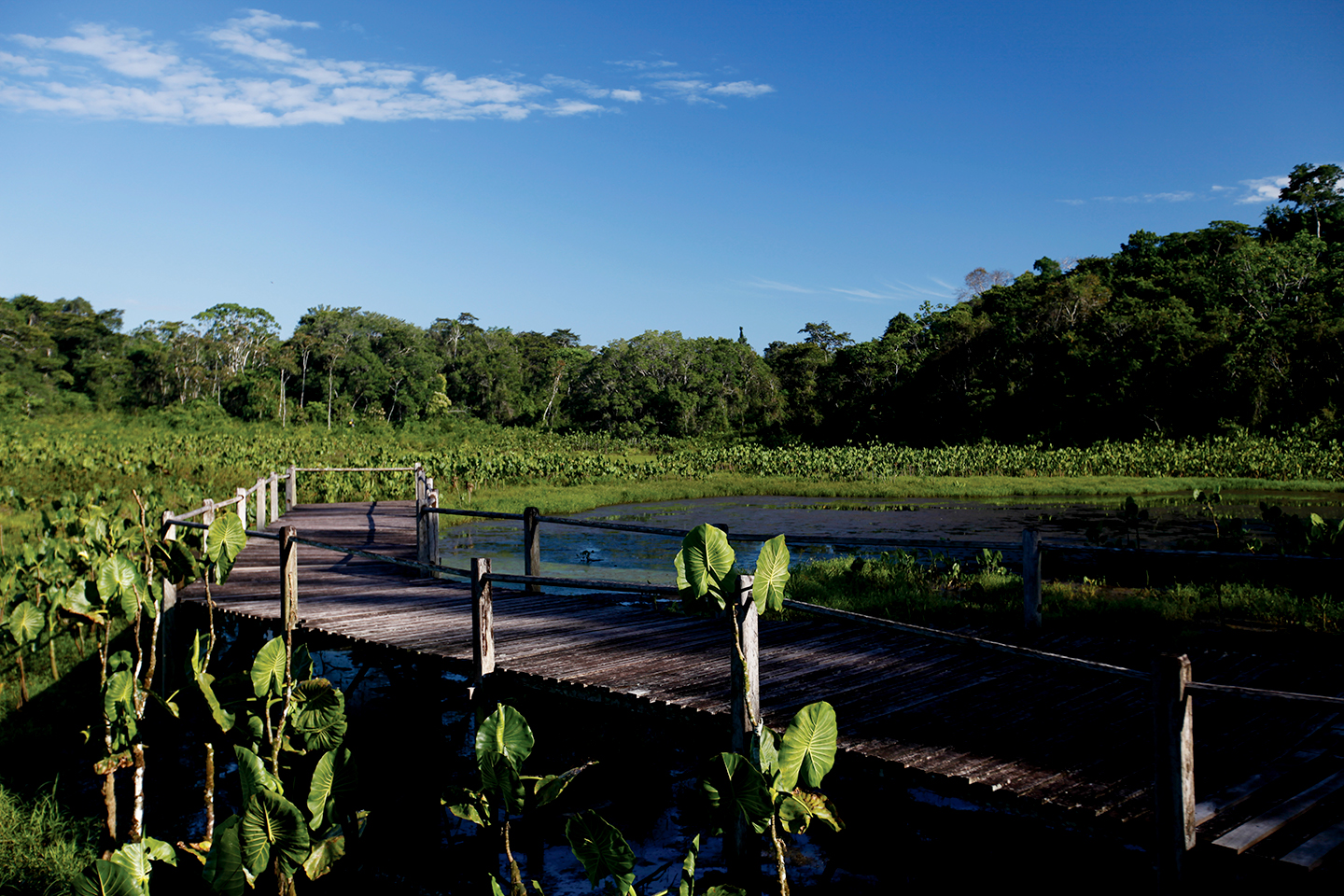 After organizing the luggage, members of the Achaur community transport us on foot to the nearby river, where we embark in wooden canoes for a journey of approximately one hour. Moments before arriving at the mythical site of Kapawi Lodge, the Achuar guide requests silence and points at a discreet silhouette in, the jungle that when we moved amazed all of us as we realized it is an adult jaguar that swam across the river and immediately after reaching the other shore chased his prey, a sajino that was accompanied by others of his species, doing what animals of these mythical places do. 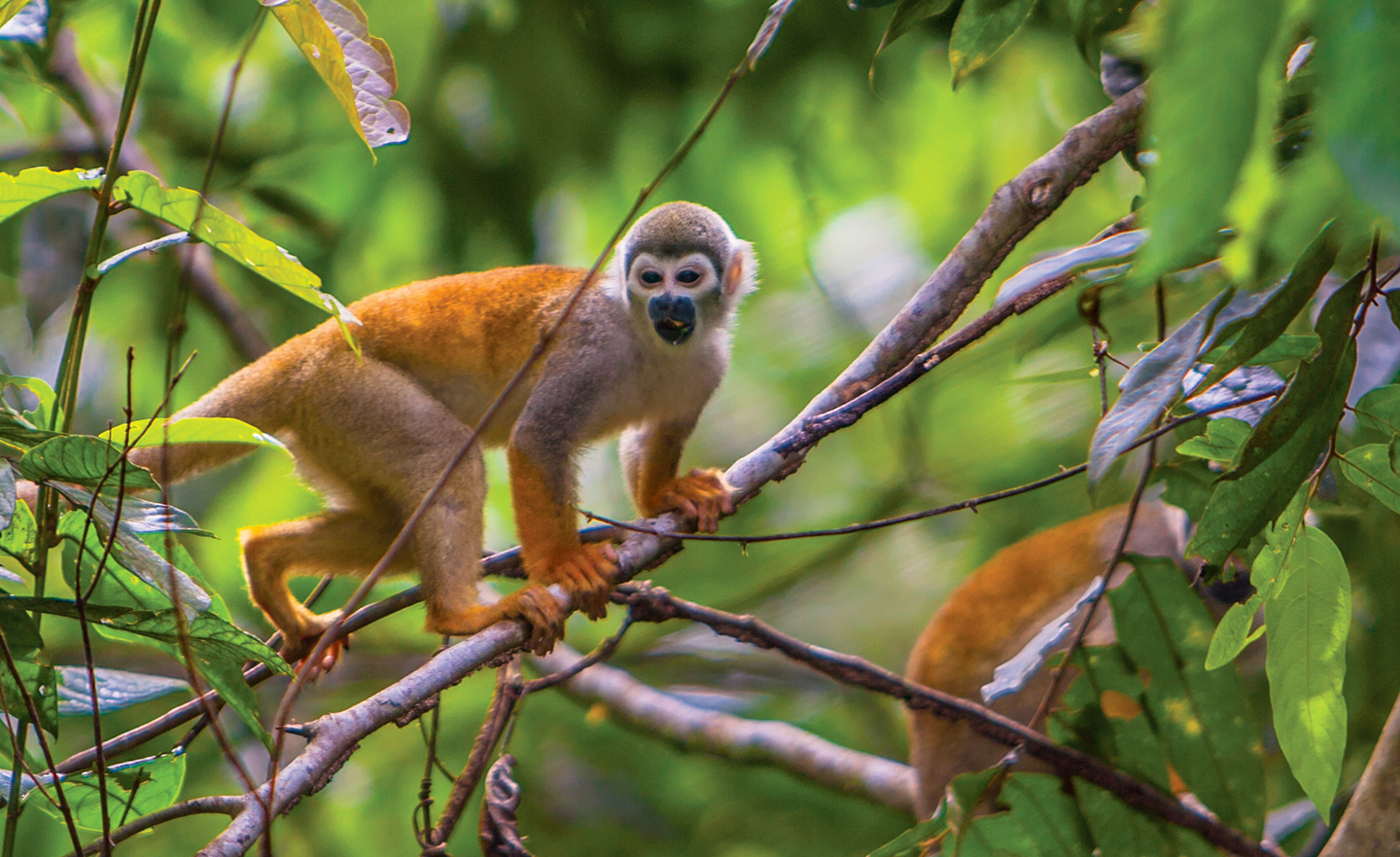 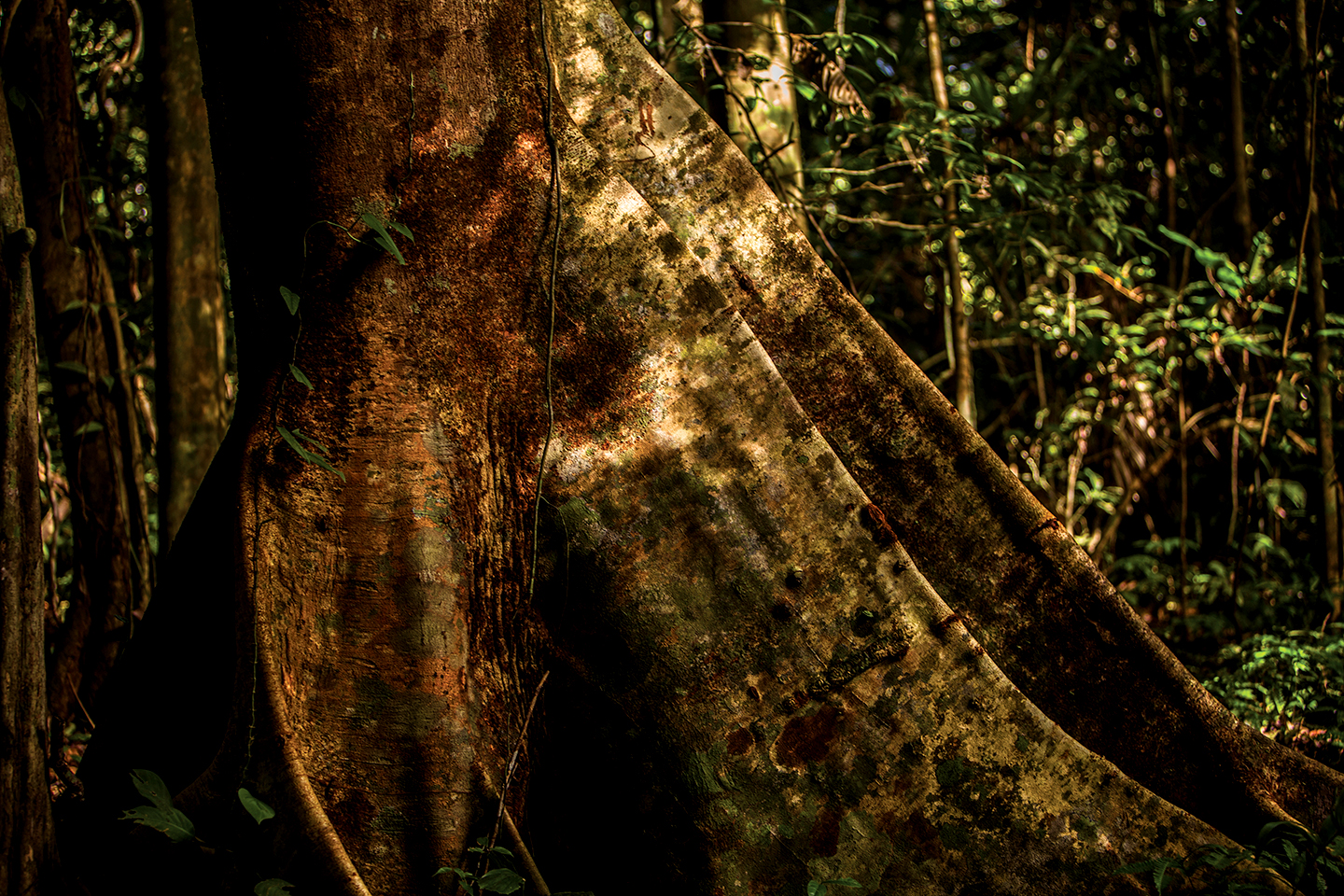 Kapawi Lodge has access walkways that take us from the pier to the different cabins built with ancestral construction techniques used by the Achuar´s community. The restaurant, where delicious dishes prepared with local products are served, is in the central area of the Lodge, along with the well-stocked bar where you can enjoy your favorite cocktail, and the general room where you feel a warm and cozy atmosphere of coexistence where we enjoy long conversations with people from all over the world. Kapawi Lodge is a member of Exclusive Hotels and Haciendas of Ecuador www.ehhec.com 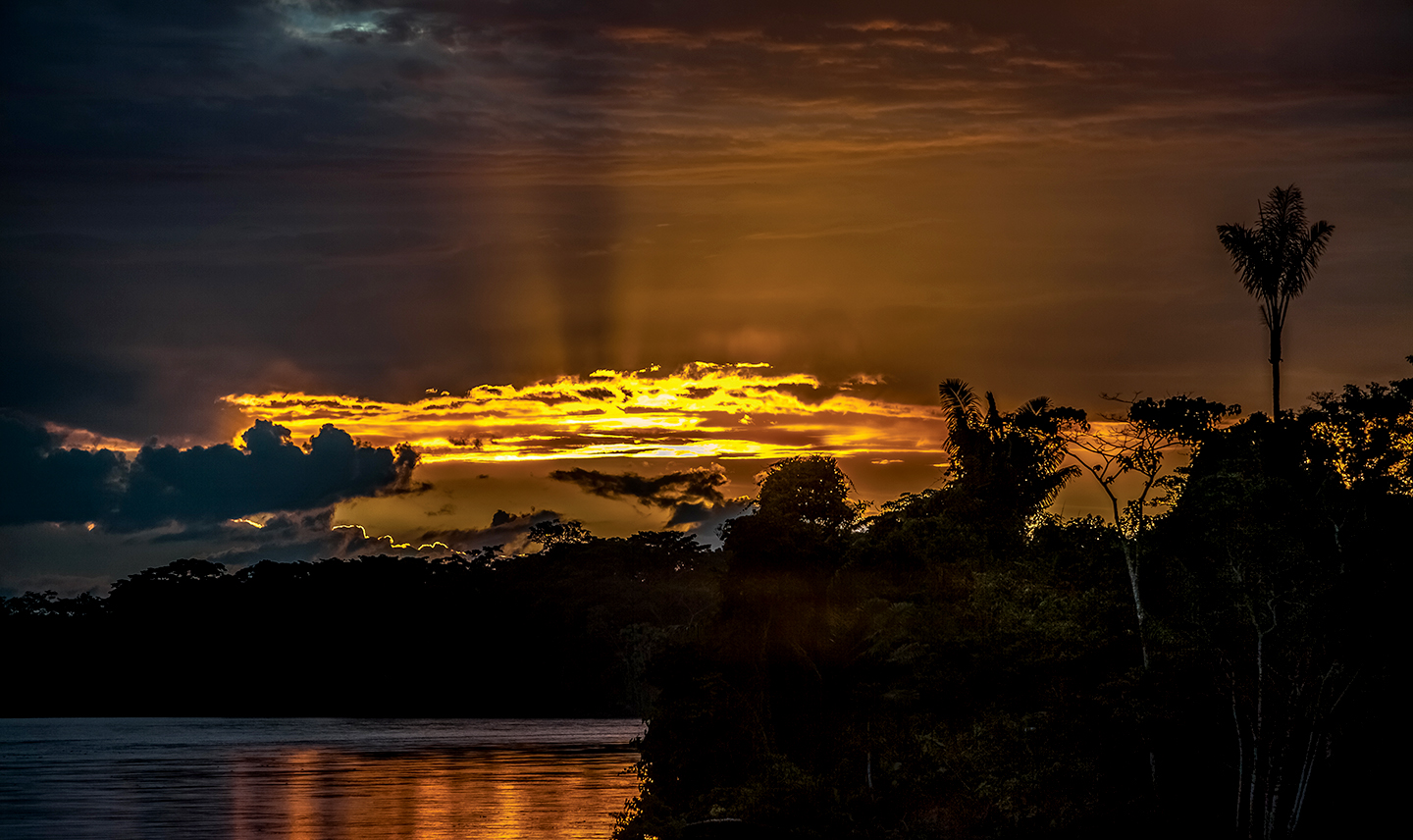 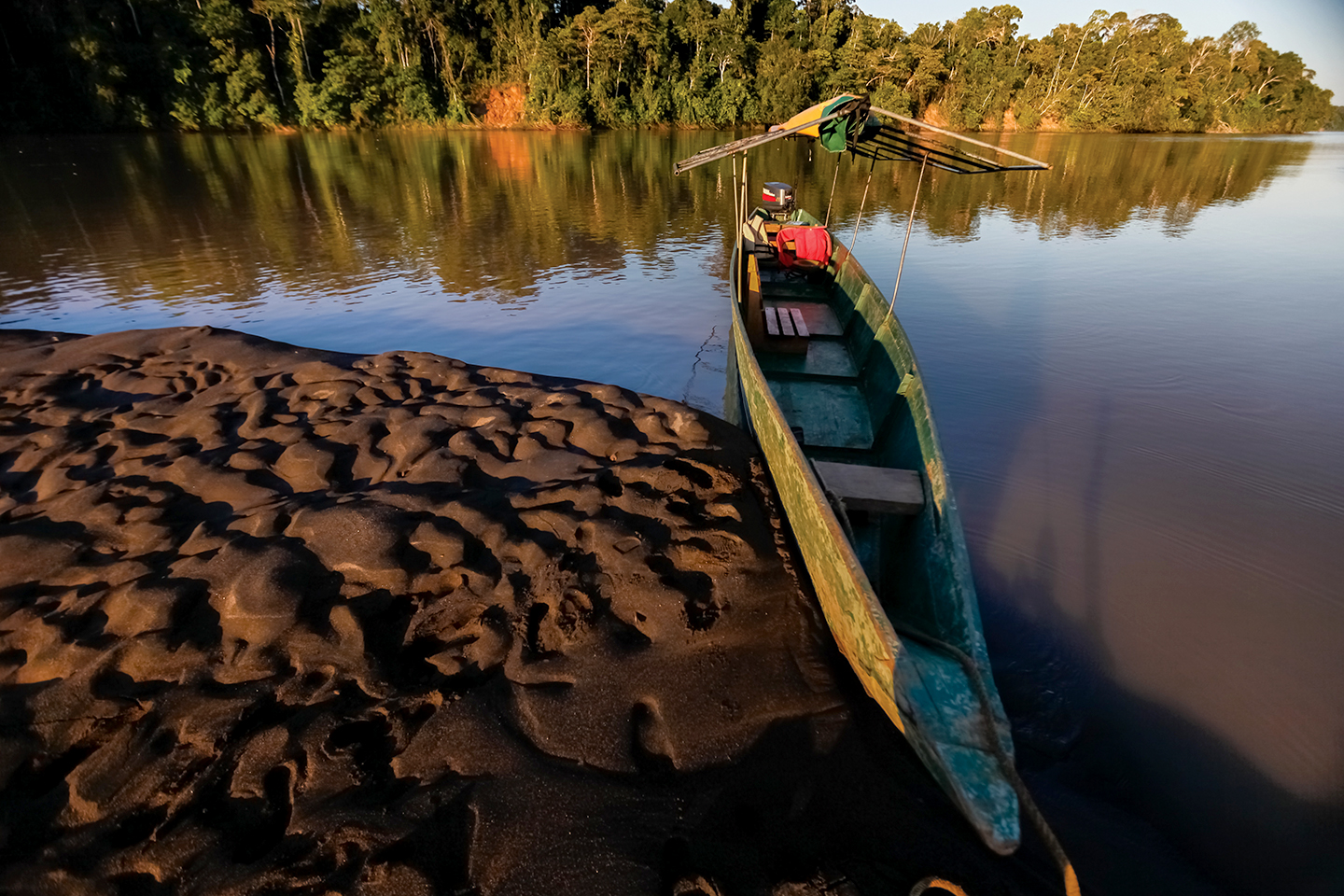 Days are full of activities that start early in the morning, with birdwatching walks before breakfast, kayak trips through idyllic jungle rivers, in the company of pink dolphins, monkeys and hoatzines; followed by long lunch gatherings, either in the forest or in the Lodge’s restaurant, and afternoons of contemplation in which the Achuar guide teaches us to distinguish hundreds of different sounds, between the afternoon sun, its sunset and the beginning of the night full of stars. Dinner is a moment of pause in which in addition to sharing day stories, the efficient and attentive guides tell us the possibilities of going out to observe alligators or other elusive nocturnal animals of this part of the world. 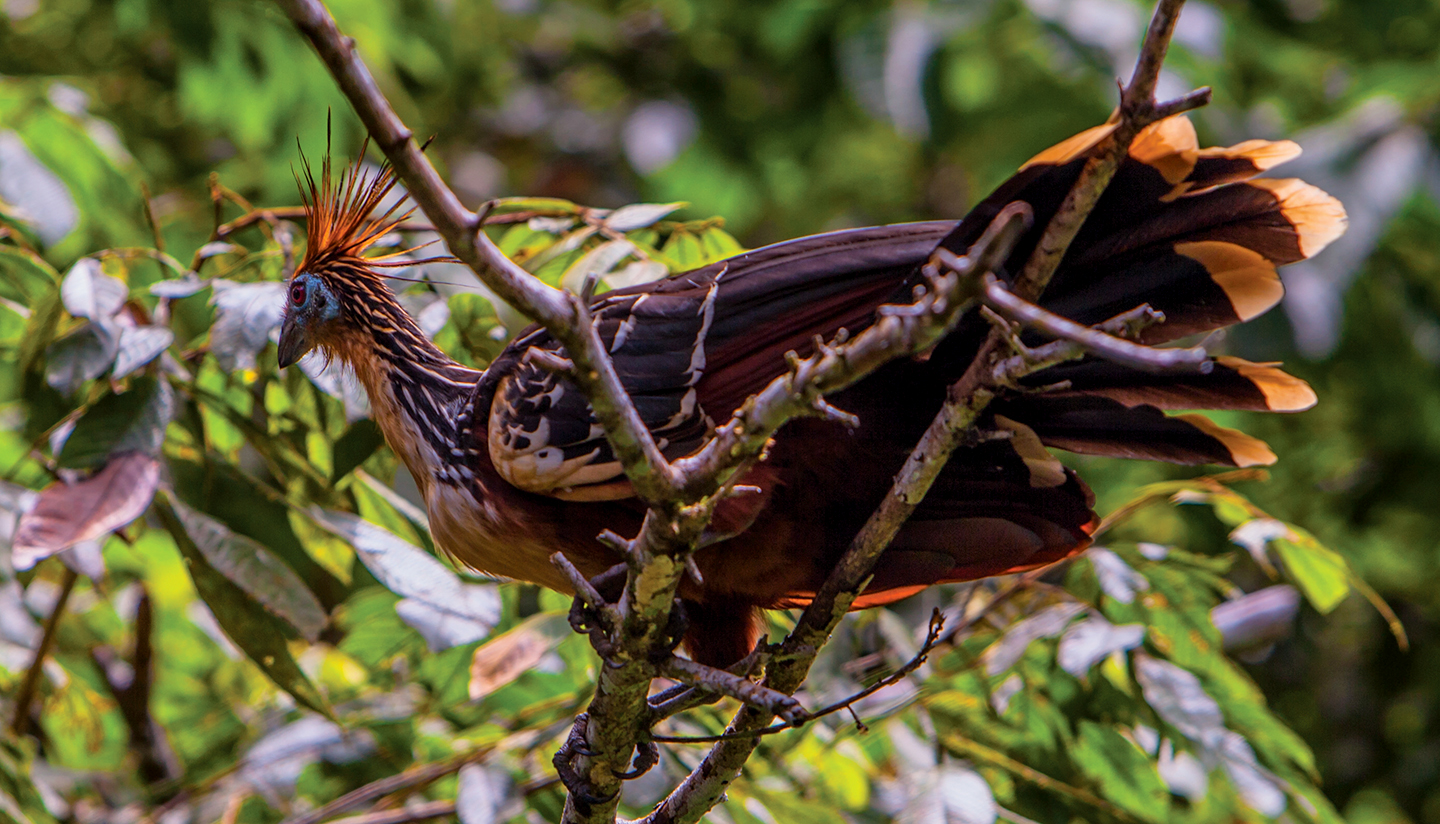 An authentic Achuar community visit is scheduled among the activities. It is geographically isolated in the heart of the jungle, where customary protocol used by Achuar allows us to enter their home and share a very interesting conversation with the household leader. The visitors, travelers from four corners of earth, realize the erroneous path our lives have taken and understand why Achuar people decided to preserve their forest, against all odds, for almost 30 years. 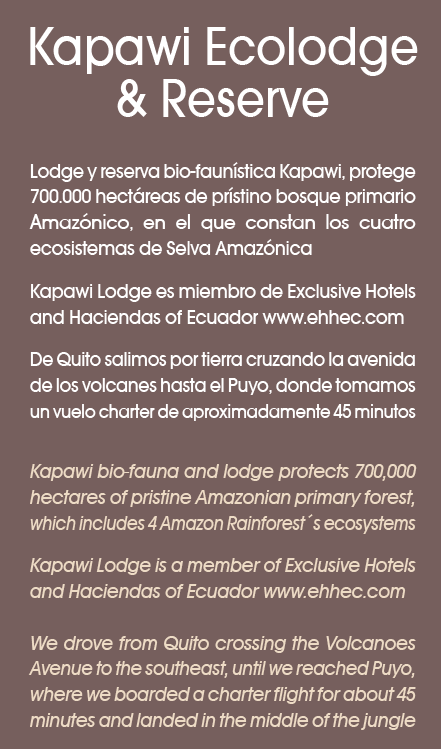