HIS HOLINESS POPE FRANCIS IN ECUADOR

The hearts of the ecuadorean people opened wide to welcome the universal leader of the Catholic church. Over the course of three days, there was a continual sequence of prayers, chants, tears and smiles for the millions of faithful who gathered to greet him. With emotions running high and hope shining in many faces, Ecuador embraced Pope Francis. 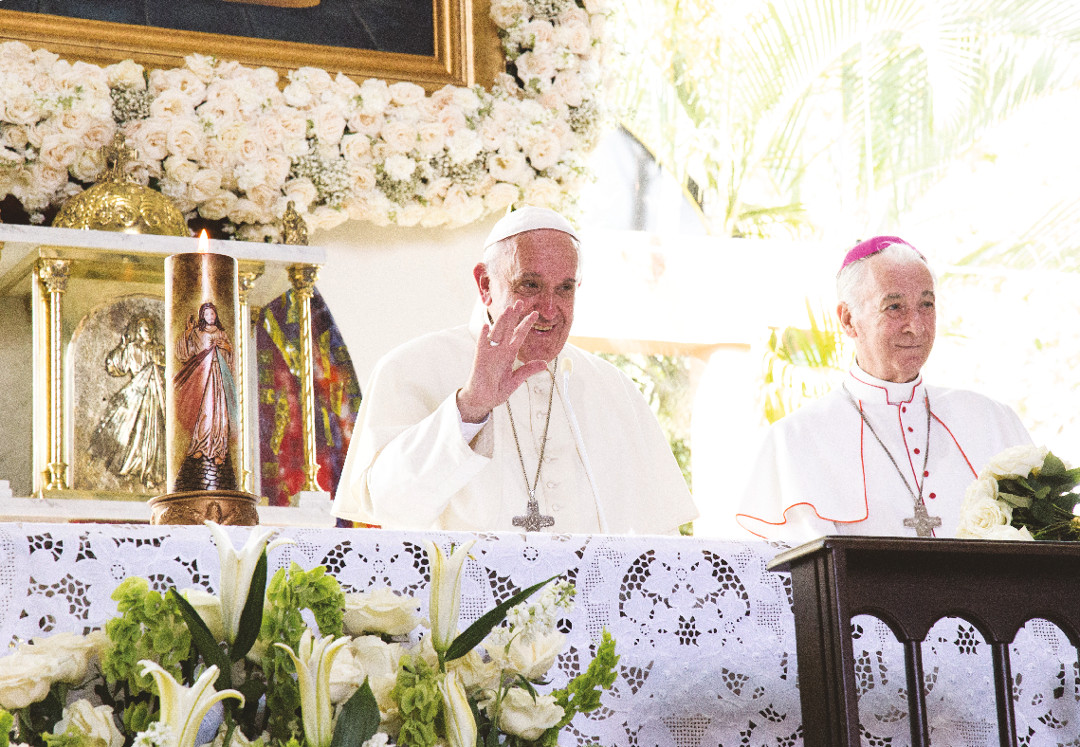 All wanted to listen to him, the more adventurous ones sought to touch him and most were content with looking at those eyes that, even at a distance, transmitted peace and love to those fortunate enough to see. The entire country was the beneficiary of the affectionate words and friendly smiles that Pope Francis shared with all who waited along his routes.

Many souls were touched when he recalled that happiness lies in loving one’s neighbor, in respect for the family and in the inclusion of all members of society. His reflections engaged everybody’s conscience. Over time, each person will interpret them in his own way but, undoubtedly, this experience will leave an indelible mark in our innermost being.

Pope Francis visited several places. One of them, the Santuario de la Divina Misericordia (shrine of the divine mercy) in Guayaquil, began in April 2007 with the inauguration of the altar for the Señor de la Divina Misericordia (Lord of the Divine Mercy) in the Cathedral. The attendance was so much larger than expected that Monsignor Antonio Arregui of the Guayaquil Archdiocese drove the construction of a new shrine. On that same day, Eduardo Romero and his wife Lucette resolved to assist this project for the catholic faith. 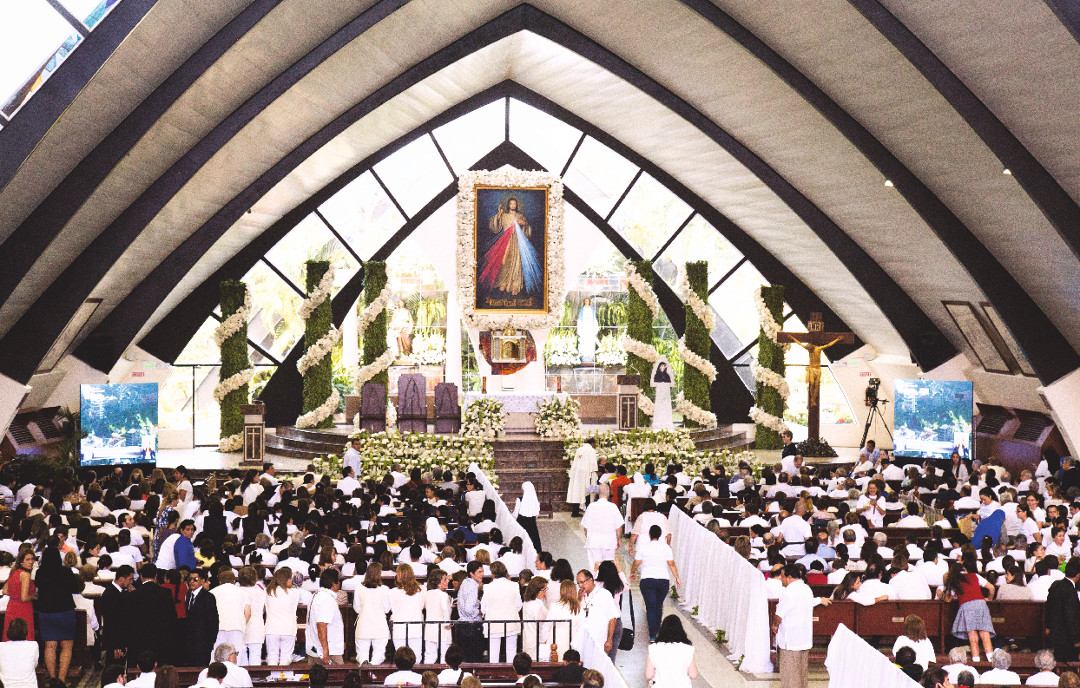 The building rose thanks to the generosity of many anonymous donors who, brick by brick and dollar by dollar, made a dream come true. Eduardo, an engineer by trade, a catholic faithful and a devotee of the Señor de la Divina Misericordia, led this project. Simultaneously, Lucette, true to her commitment to God and to herself, took the job of President of the Asociación de la Divina Misericordia.

Faith moves mountains has often been said. In this case, it was so. It’s hard to find adequate words to describe this marvelous shrine. The emotions it creates are difficult to communicate. This shrine is a unique and majestic temple in Guayaquil for the benefit of all citizens of Ecuador. The memory of Pope Francis giving his blessings at the entrance portal will never fade. In a silent yet eternal remembrance, we shall evoke his presence at times of prayer.