Coming from Normandy, a land of apples and green countryside, a French master chef now in Quito prepares traditional French recipes with constant concern for flavors, textures and spices. Quito has fallen in love with Le Petit Pigalle restaurant, whose chef and proprietor Frédéric Hatanian arrived six months ago. 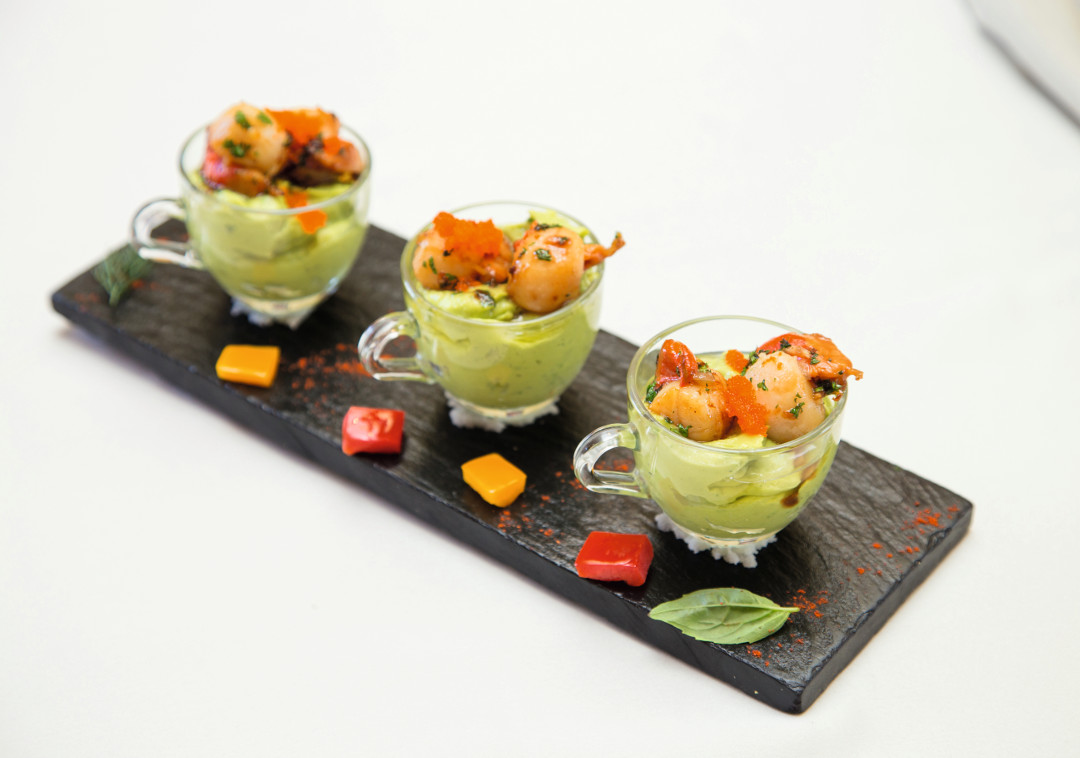 “I was intrigued about coming to Quito,” says Frédéric, “because it’s a challenge. Cooking in Ecuador is not the same as cooking in France because here we don’t have the same products. So, we have to adapt. Also, patrons palates are different.” One example is a “surf and turf” dish, serving seafood alongside steak, something not found in a French menu. Patricio Quishpe, his sous-chef, knows all about Ecuadorean ingredients and local tastes, so he adds a valuable touch to the menu and to the cuisine. At Le Petite Pigalle traditional French cooking blends so perfectly with local ingredients that any gourmand will be ecstatic at the end of a meal.

Nevertheless, certain things have such a proper flavor that they cannot be replaced. French mustard is a case in point. So, it must be imported in order to cook a winning dish like rabbit with Dijon mustard dressing. Among Frédéric ́s other recommendations are duck confit, which is roasted up to ten hours, and rack of lamb in Malbec wine sauce. Other favorites are onion soup and a dessert with the strange name of white chocolate soup with “maracuyá”.

Besides its wine list, Le Petit Pigalle offers a variety of cocktails. “Mojitos” are the favorites. Frédéric recommends trying his frog legs, a typical French dish 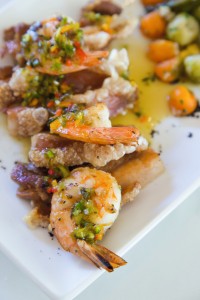 What kind of meal would it be without wine to open the appetite, highlight the flavors in the food and improve after dinner conversation? Naturally, Le Petit Pigalle has an extensive wine list, starting with fine French vintages and including excellent Argentine and Chilean wines.

Frédéric invites new customers to try the sample menu whereby small portions of several different dishes are tasted, some of them strongly flavored. It’s an effective way to sample the variety of French cooking, accompanied with an easy going white wine such as Mouton Cadet.

Le Petit Pigalle is in a small quaint plaza at the corner of 9 de Octubre and Carrión Streets. The façade surprises, as are the neighboring houses, for they are true canvases of art. The plaza is the perfect place for a promenade after lunch, especially in the sunny afternoons of Quito’s summer months.

For its lucky patrons, Le Petit Pigalle is the perfect place for families and groups of friends who want to enjoy a delicious meal with fine wine and stimulating conversation in a leisurely atmosphere.