Madeval employs 210 workers in Ecuador. Its owners have believed, and invested, in Ecuador.

Leonardo Donoso, a man with vision and president of Remodularsa, together with his wife Patricia, an industrial psychologist and an extremely well organized person, put together a winning management team. Many moons ago, they decided to manufacture first class home furnishings and, to this end, they dedicated themselves with lots of effort, honesty and sacrifice.

Leonardo and Patricia jointly transmitted to their children a passion for this business, such that now a new generation is taking the corporate reins. The company in Ecuador is now led by Esteban Donoso as CEO and his brother Andrés as Operations Manager. They, together with their great team, are contributing to the country’s economy in several ways.

About two years ago, the Donoso family decided to conquer international markets with Ecuadorean products. Their decision went beyond just finding new markets for corporate growth. It also is aligned with Ecuador’s government strategy of exporting value added, as stated in the policies to change the manufacturing matrix.

Tita Donoso and her husband Javier Muñoz began the hard task of opening paths in the US for Ecuadorean goods. Tita is the CEO of Madeval USA, based in Houston, Texas, while Javier is the Marketing Manager. In Ecuador the Madeval brand sells furniture for kitchens, closets and bathrooms targeted to high and medium market segments. The same brand was chosen for its exports to the US, where it has been quite successful, competing on an even basis with European brands. Although Madeval is the best known brand, the company also has two other brands which, for the time being, are sold only in Ecuador.

Madeval USA’s showroom is located in the exclusive Decorative Center at 5120 Woodway Drive in Houston, alongside more than 40 stores with quality products from around the world. We had the privilege of attending the inauguration ceremonies, together with other media from Ecuador and the US. The invitation list included architects, designers, builders and assorted friends who praised the high quality and finish of the furniture, the modern designs and the level of customer service and advice. All present coincided that they never imagined that such quality work was made in Ecuador. 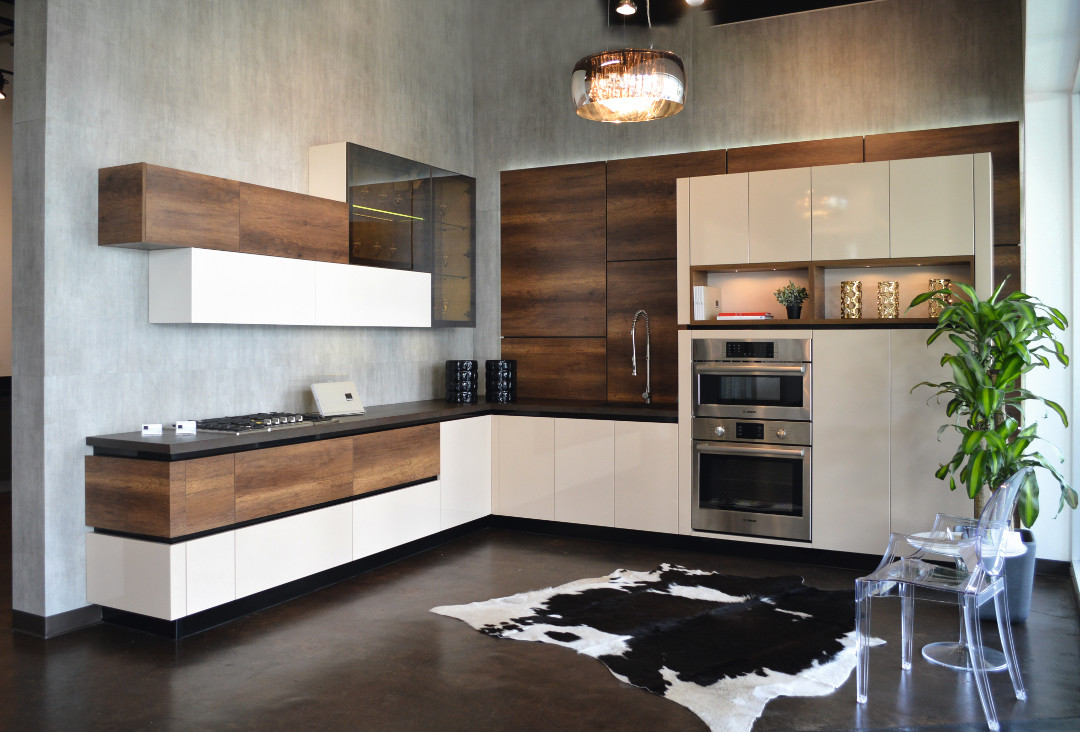 The showroom is located in the Decorative Center in Houston, alongside more than 40 stores from around the world

“It has been a delightful experience for our family yet hard at the same time, especially for the kids who had to adapt to a new life”, says Tita. “Working together with my husband, being able to count on his support at all times, has been a blessing. Without him, it would have been impossible.”

On the issue of their initial marketing strategy, Tita commented that, “It was not easy. However, things now are looking good. The learning curve for the entire company has been interesting, from the design and development stage through to packaging, everything had to be adapted to the US market.” Fortunately, the support given by the excellent team in Ecuador was effective and it has allowed Madeval to demonstrate that it’s an internationally competitive brand and that Ecuador is in fact capable of exporting goods with value added.

When we asked Tita about her first sales, she responded that she drove around Houston looking for construction sites. She visited them, one by one. It didn’t take long until she got the first contracts signed and the first export production orders sent to the factory in Ecuador. At the same time, the administration, operations and logistics teams were put together so, little by little, the entire process began to flow in a proper fashion.

Madeval employs 210 workers in Ecuador. Its owners have believed, and invested, in Ecuador, in spite of all its ups and downs over the past decades. With pride they have opened international markets for ecuadorean products. In the years to come, Leonardo and Patricia’s legacy will continue to support the national economy and to improve the welfare of many ecuadoreans.