Guayaquil´s hidden treasures reveal themselves to attentive viewers as they cross a street or turn a corner. Each of them stores memories of times past, when Guayaquil was being built into the proud and bustling city it is today. Not surprising then that tourists marvel as they discover history´s traces along their tours. 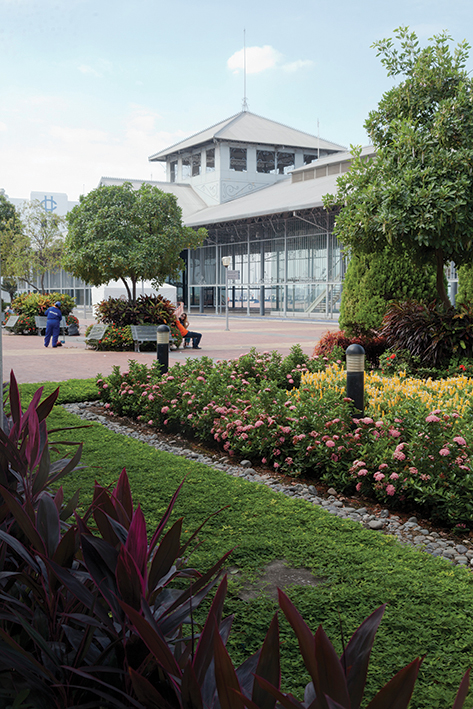 The Guayas river that flows past Guayaquil is a mute witness to all that has transpired here since early days. On the riverbank, many years ago, a market was built to sell fresh vegetables, fruit, fish and more. It was named the Southern Market for its location. It soon became a favorite shopping venue and also a place for long evening chats. However, as often happens, Guayaquil grew in other directions. Patrons moved elsewhere. The charm was gone. The Southern Market was abandoned. 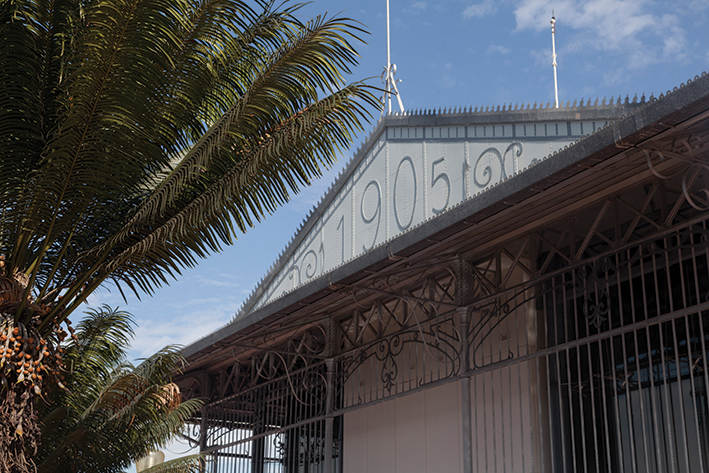 A new Mayor, full of energy and optimism, led a project to regenerate certain areas in Guayaquil. That abandoned building has now become an architectural gem and has reclaimed its important role in the life of the city. Today it´s known as the Crystal Palace, a heritage building, next to the prestigious Club de la Unión at the southern end of Malecón 2000, the long and lively pier recently built along the riverbank. 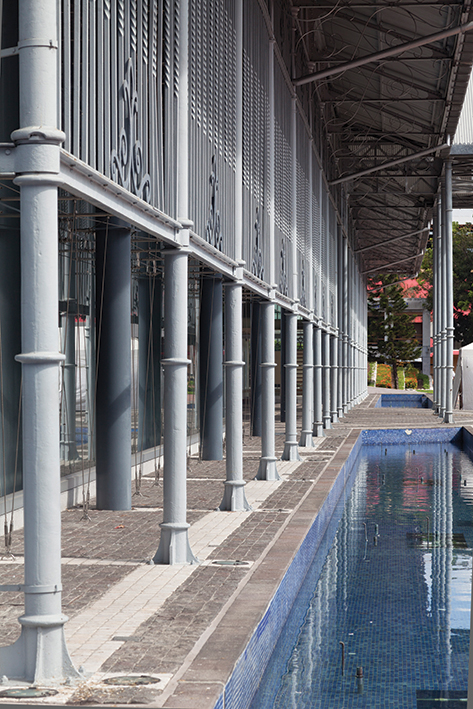 The Southern Market was originally designed by two engineers, Francisco Manrique and Carlos van Ischot, acting on behalf of Gustave Eiffel, the famous builder of the Eiffel Tower in Paris. Wrought iron pieces were brought from Belgium almost a century ago and erected according to the engineers´ blueprints. The metalwork of the Crystal Palace is the original one that was constructed with materials that arrived across the Atlantic Ocean. 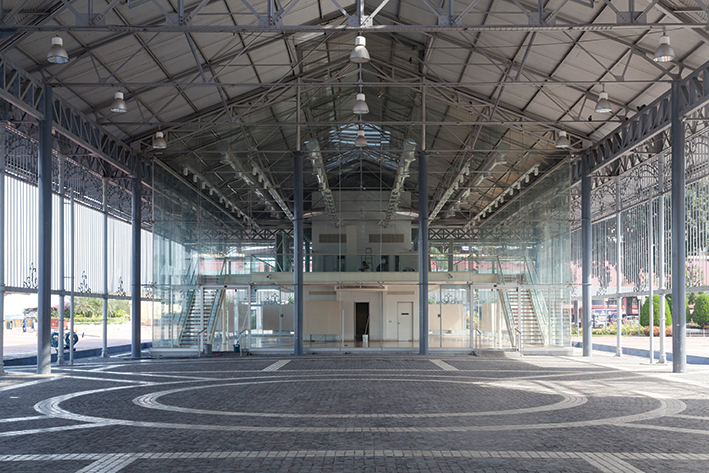 The original metalwork, vertical and horizontal wrought iron pieces, can be clearly seen. It is joined with glass walls, creating two rectangular bodies that resemble enormous crystal boxes. Water fountains are sprinkled around the perimeter and reflections of the Crystal Palace´s beautiful structure can be seen in their pools, depending on the inclination of the sun or the brightness of the moon. 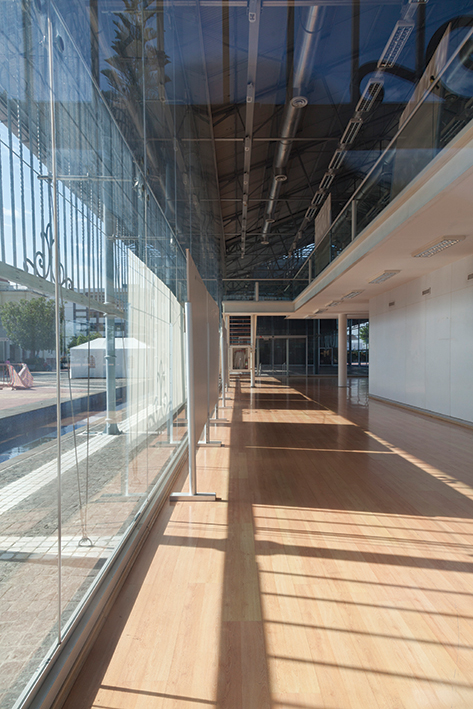 The flagstone plaza is very well kept and has become a gathering place for artists, tourists and many local citizens. Photos of this architectural gem travel around the world. The atmosphere is festive and diverse, borderline bohemian. On any given day, visitors can find an art gallery, a book fair, cultural events for children or an exclusive society event. The Crystal Palace is truly a place for the entire community. 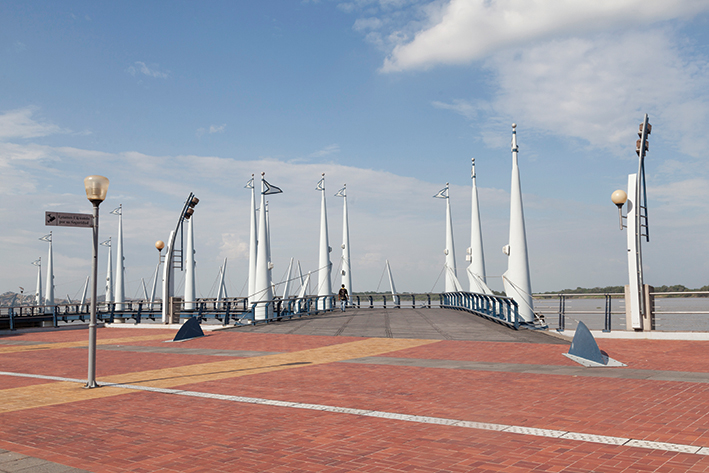 In addition to being a tourist attraction, the Crystal Palace is a home for art. Major exhibitions have brought world masters such as Rembrandt and Picasso as well as local painters like Rendón and Seminario. 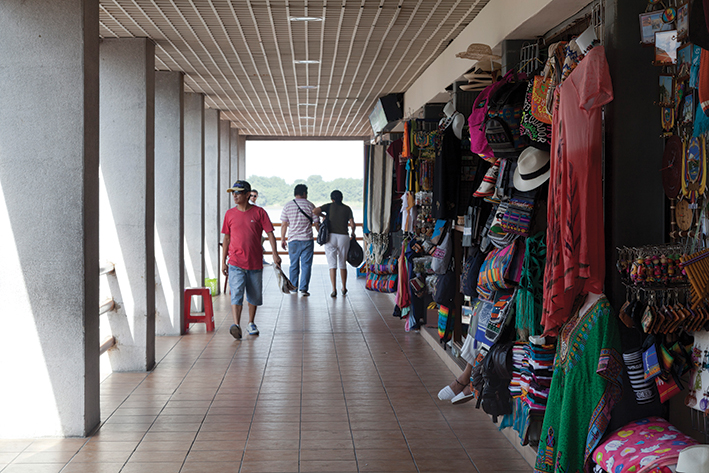 A short distance from the main entrance, atop a granite base, is a bronze statue of José Joaquín de Olmedo, one of the leading figures in Guayaquil´s independence from the Spanish crown. This statue was unveiled in October 1892. Two cannon straddle Olmedo as he looks towards the Guayas river. To one side of the Crystal Palace, the profile of the San José church can be seen at a distance, above the tree tops. 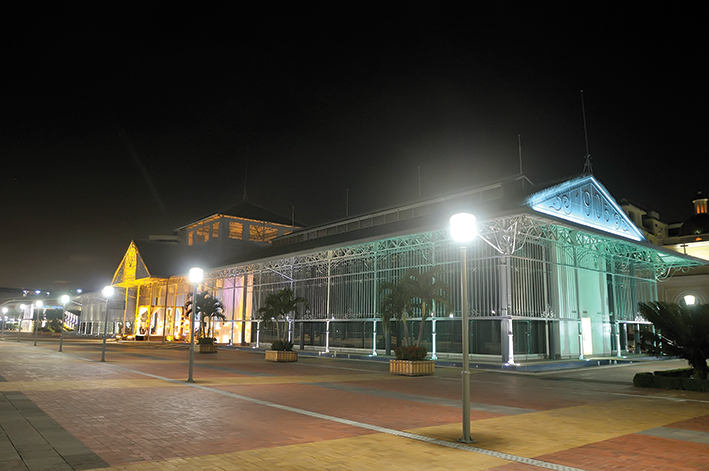 The Malecón 2000 pier extends northwards. Among docks, water fountains and museums, interspersed with various monuments, visitors can discover cozy bars and restaurants. As they walk along the pier, they pass by the Municipal and Provincial buildings and the Torre Morisca (Moorish tower). Faraway, on the slopes of Santa Ana hill, is the Las Peñas neighborhood, the oldest in Guayaquil. 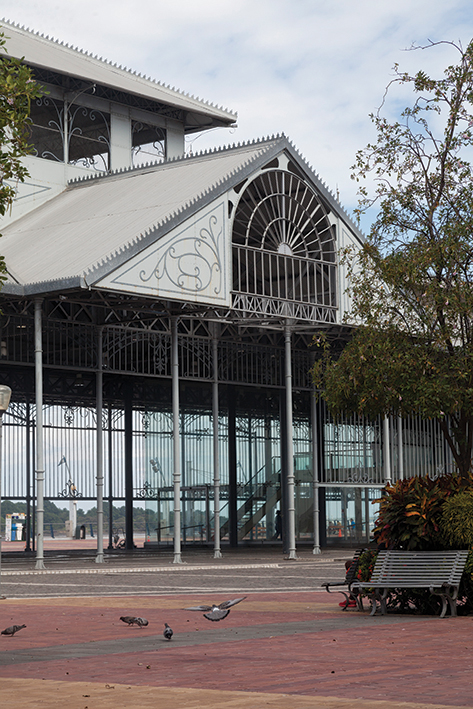 The Crystal Palace is open to all visitors. Entrance is free except for certain special events. Early in the morning or at dusk are the best times to visit, when the sun is low and a fresh breeze blows from the river. 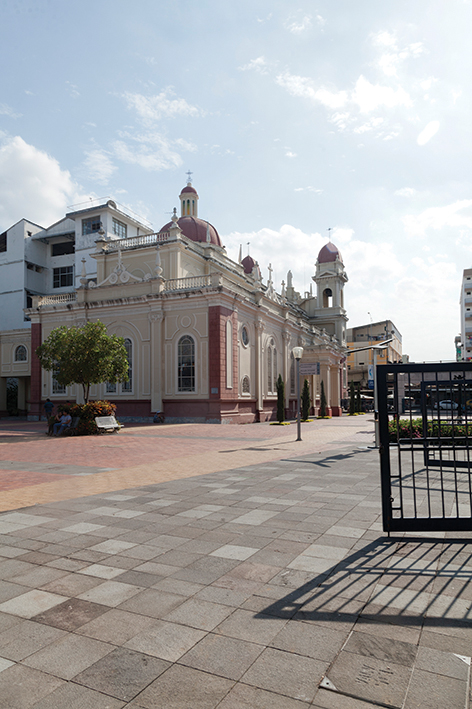