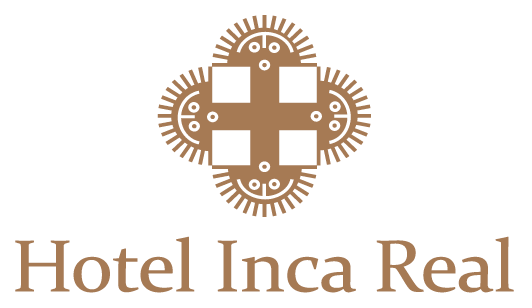 * Visit Hotel Inca Real´s website by clicking on the logo

This beautiful house was built in the early years of the nineteenth century and restored in 1991. Today, it is the Inca Real Hotel, a Republican-style building with three courtyards and 25 rooms located around them, along with a cozy restaurant and a spacious lounge. It used to be a single-family house in which important personalities of this city lived over the years. 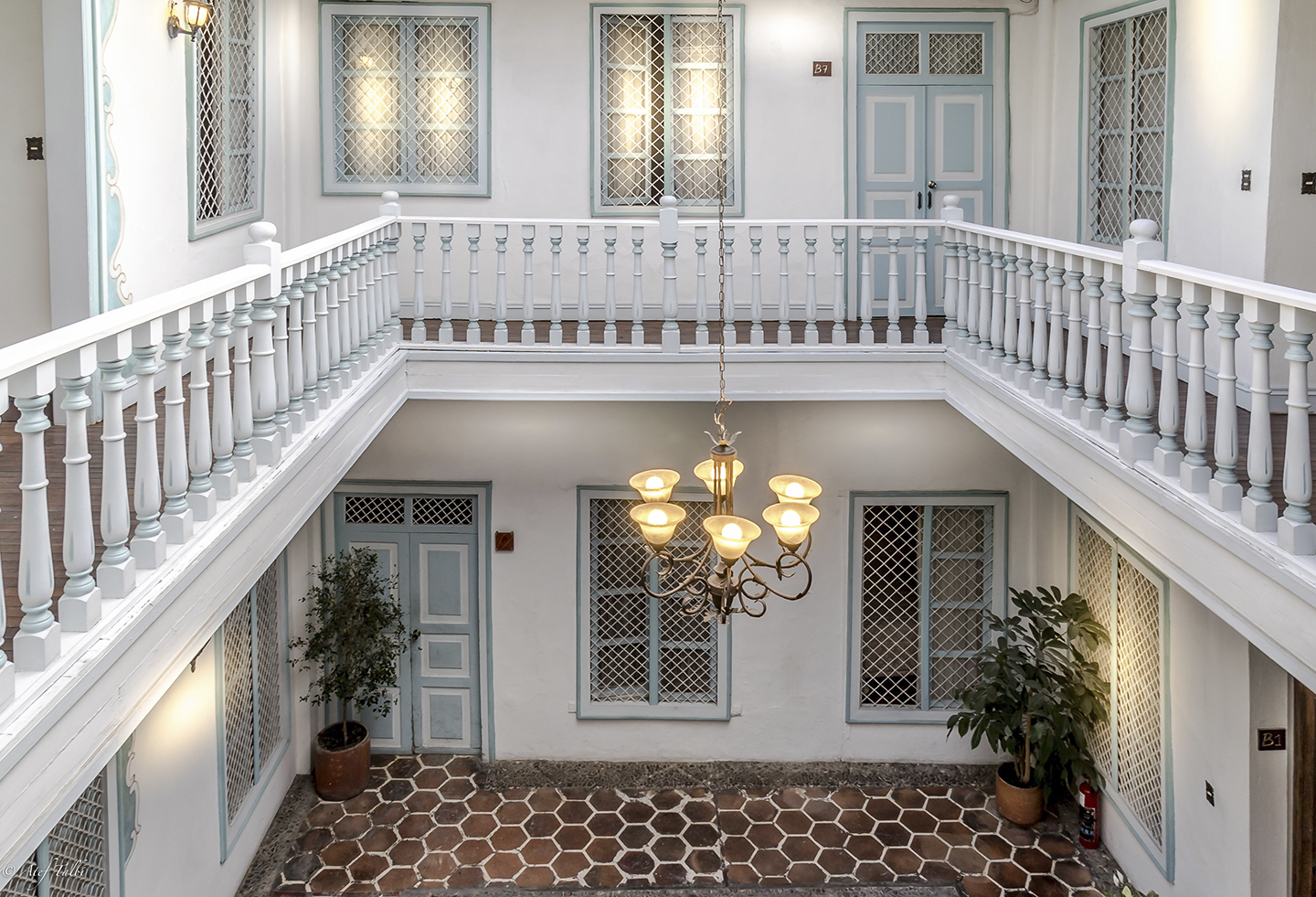 Since 1974 it belongs to the Sarmiento family, who lived there until they decided to convert their home into a hotel, being it the first house in Cuenca to be restored for this purpose. They designed a concept dedicated to tourism that offers innovation in services, comfort, warmth and quality, with special emphasis on maintaining the traditional values that characterize the family. 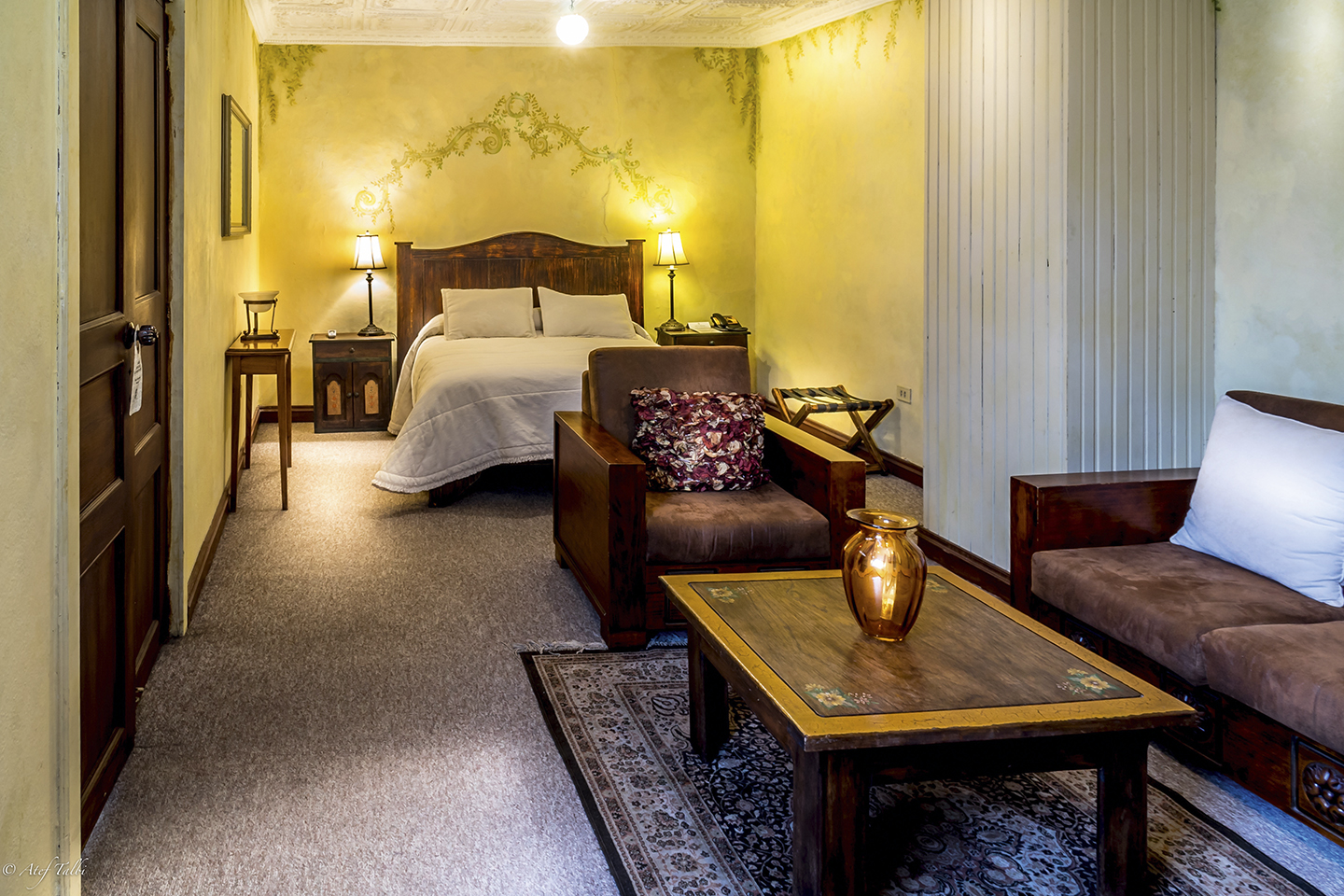 Guests will experience, in addition to the beauty of the surroundings, a very special treatment that demonstrates the constant effort of the owners to achieve excellence. In their minds, the idea of providing the best quality of life style that guests seek when they travel is a commitment to satisfy their desires in a purely emotional way, through an unforgettable experience. 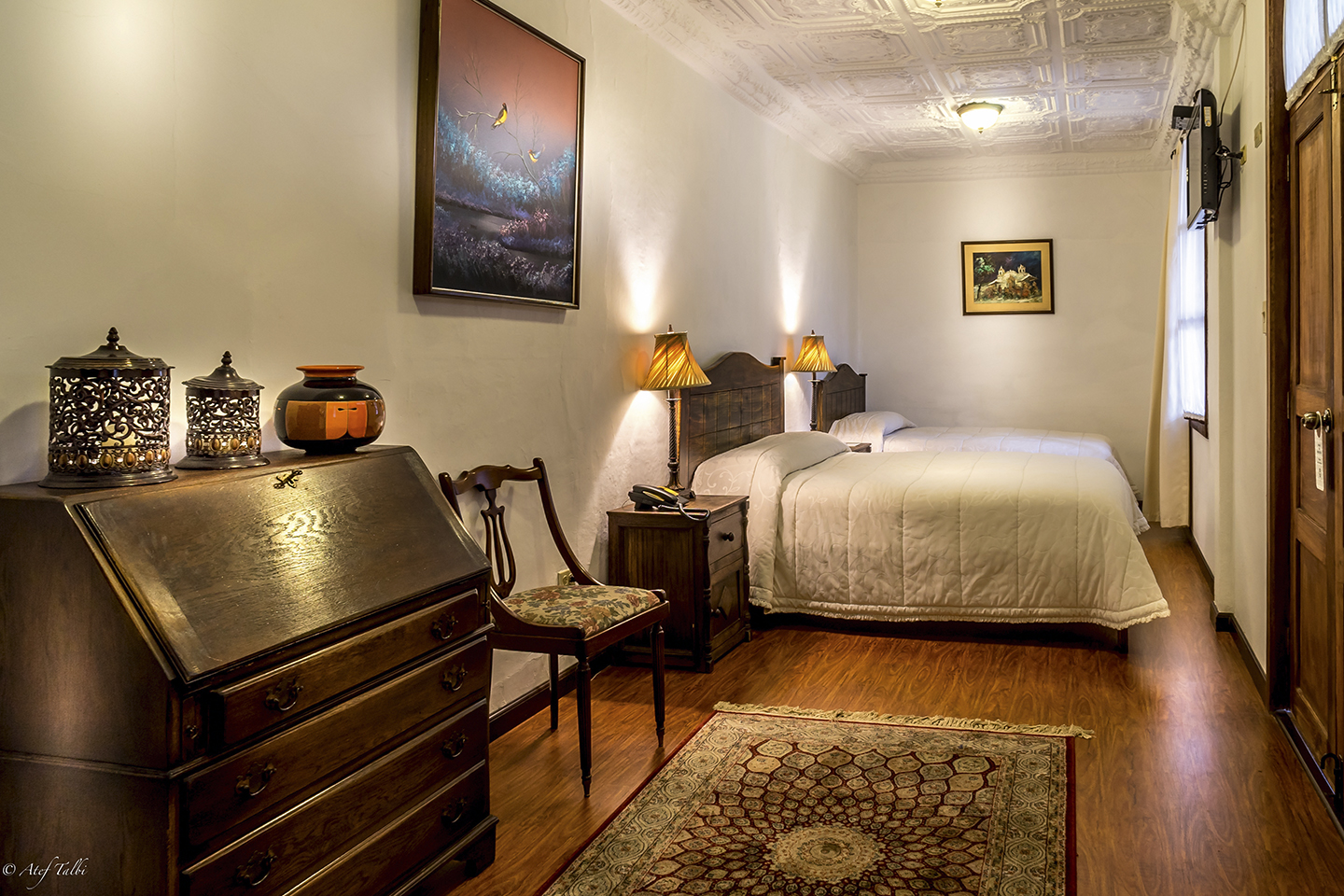 Hotel Inca Real was first to receive the José María Vargas award, which is an annual recognition given by the Municipality of Cuenca to the best architectural renovation. Cuenca, a World Heritage city, is located in the province of Azuay, in the southern part of the Ecuadorian Andean Cordillera. The access from the north is through the Autopista Cuenca-Azogues, a route that also serves to reach the famous Inca city of Ingapirca, with its monumental castle dating from the fifteenth century. 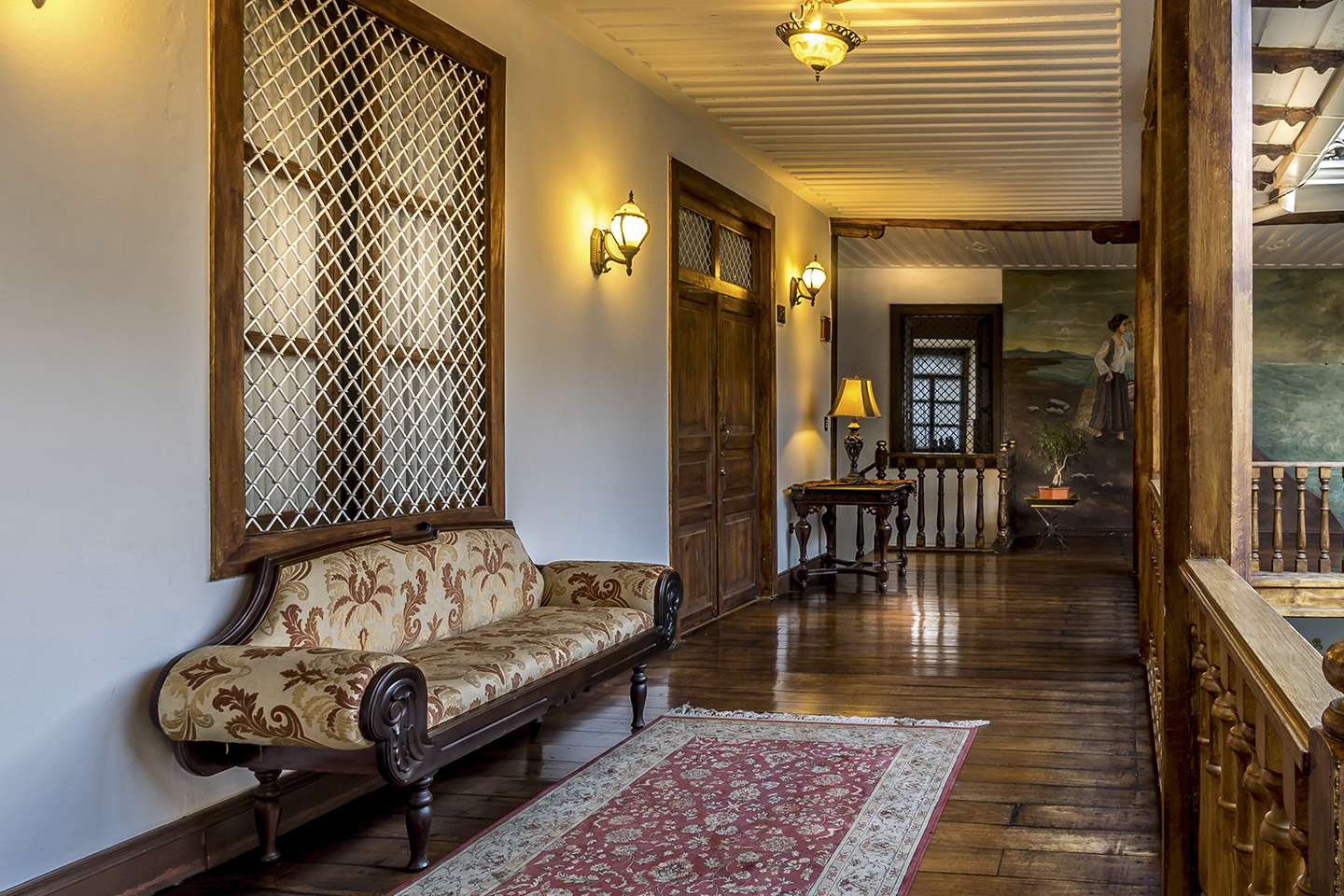 The city enjoys a privileged climate because it is located within an extensive valley in the middle of the Andes, with temperatures that range between 7 to 15 ºC in winter and 12 to 25 ºC in summer. It is the city of eternal spring, ideal for growing flowers and orchids that are exported throughout the world, and which plantations are delights for tourists to visit. 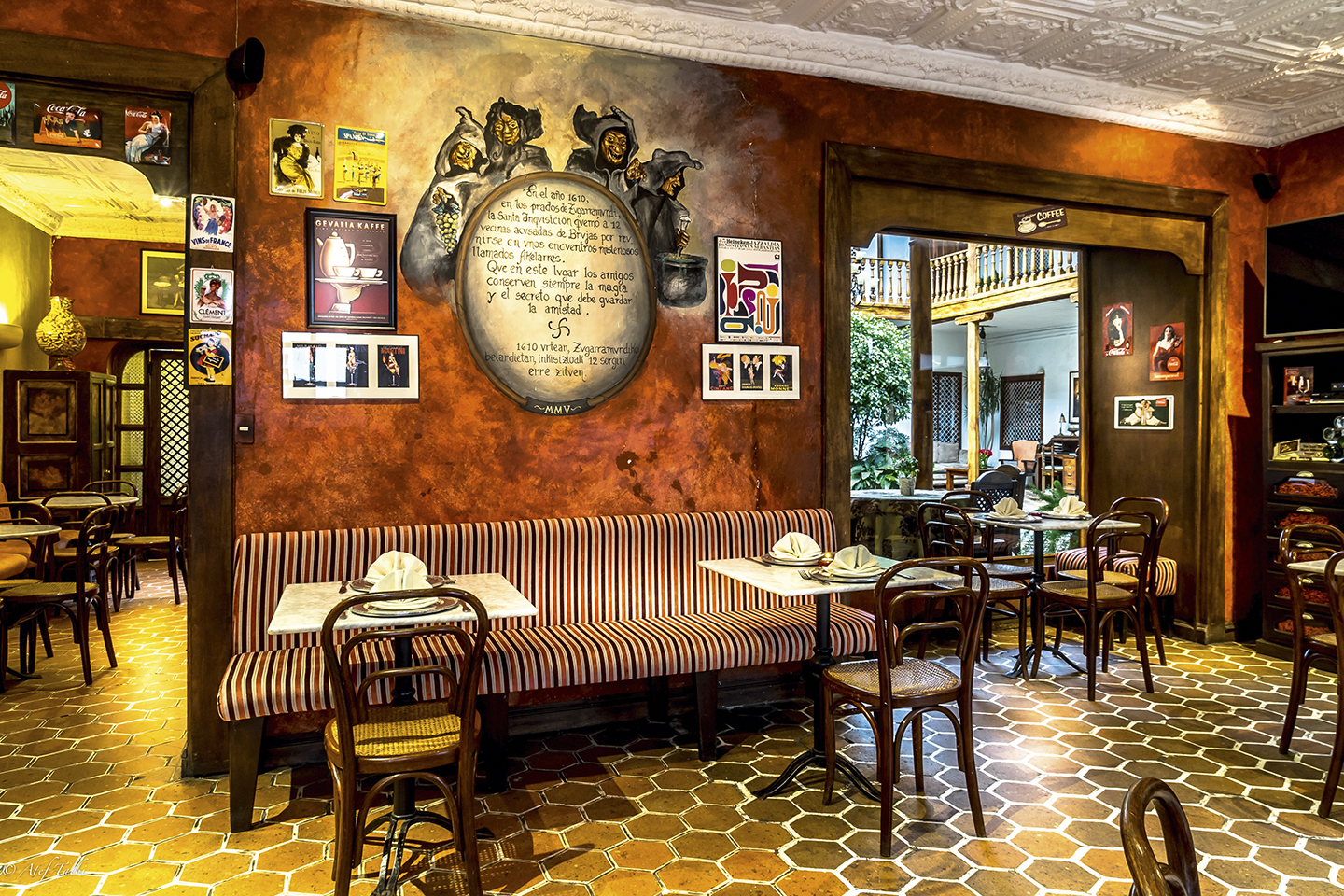 Cuenca is the third most important city in Ecuador, and according to many, the most beautiful in the country. The history that precedes it is shocking, and understanding its influence is part of the charm of visiting it. It was the old second capital of the Inca Empire called Tumipamba, conquered in 1533 by Spaniards, and founded with the name of “Santa Ana of the Rivers of Cuenca” in honor to the Spanish city Cuenca (Spain), of its founder the Viceroy of Lima Andrés Hurtado de Mendoza, who commissioned the foundation to Don Gil Ramírez Dávalos, event that took place on April 12, 1557.

In the centric zone of the city, a few steps away from the hotel, important historical vestiges coexist in a wonderful environment. Along its cobbled streets and houses with republican style facades of strong European influence, an important variety of museums and ancient churches, such as the Cathedral of the Immaculate Conception which is one of the largest and most beautiful in America, and others that date from the sixteenth and seventeenth centuries, are there to visit. 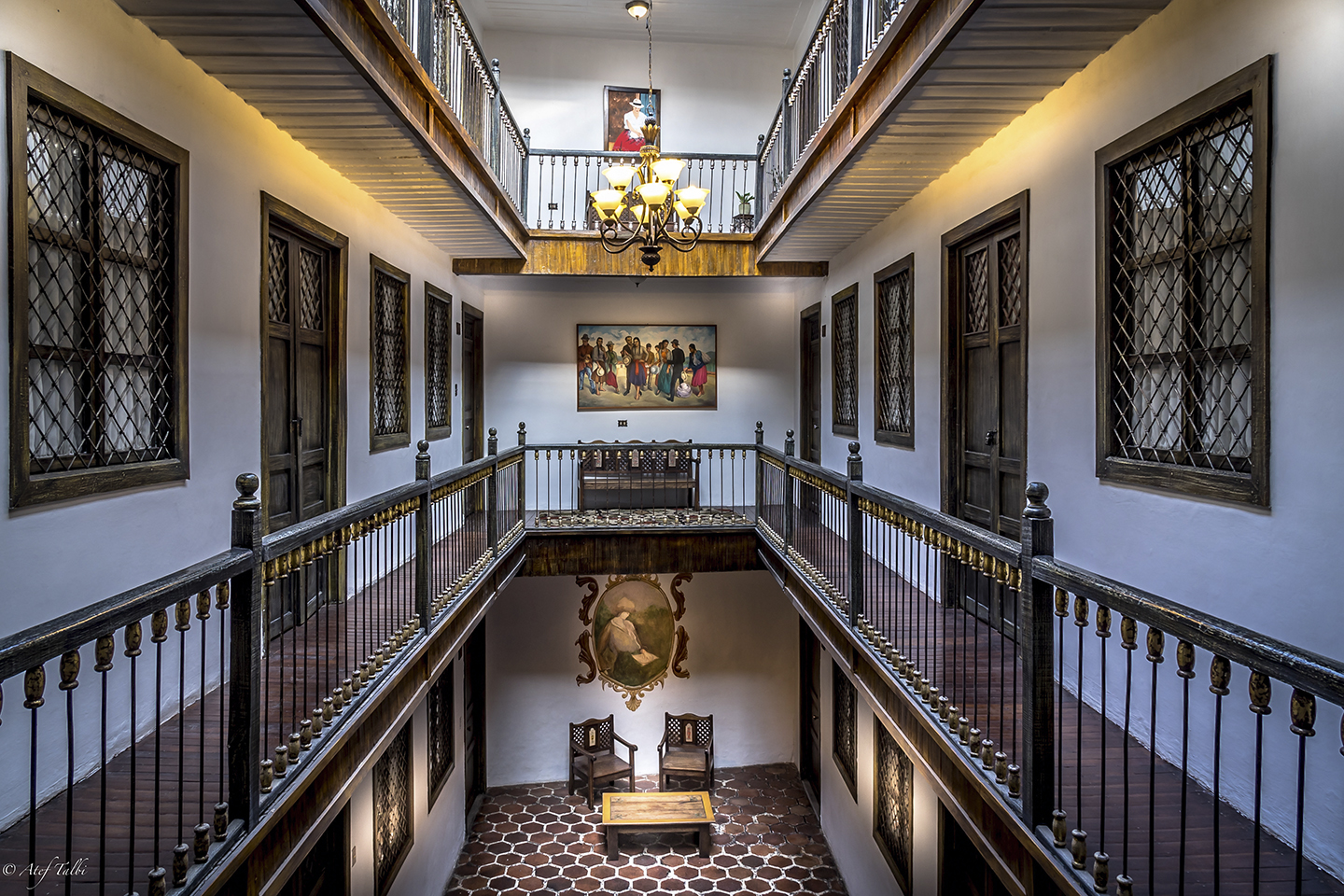 Tourists marvel at the sight of Tomebamba River and the picturesque gardens that guide it dividing the city into two. On the north side the impeccable historic center with its beautiful ravine houses is demarcated; and to the south the modern zone extends with residential neighborhoods, buildings, shopping centers and wide avenues. Important to note is that Tomebamba River is formed from the lagoons of glacial origin at El Cajas National Park, located 30km. west of the city, well known as an important natural, archaeological and biodiversity center of Ecuador, thats stands out for its scenic beauty. 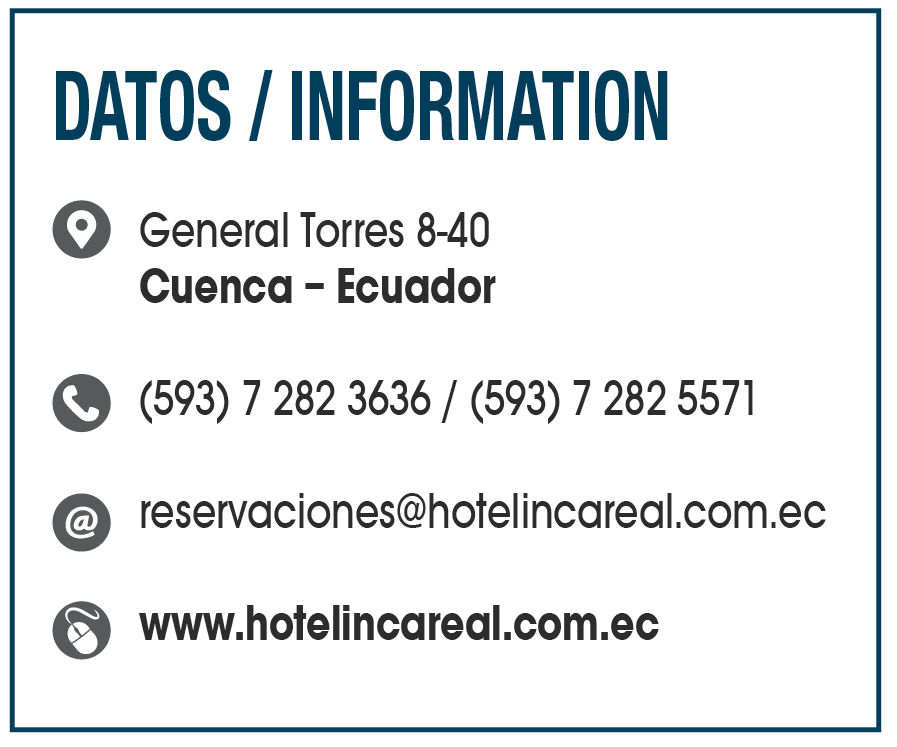 To enjoy this charming city, reel off its virtues and get to know its people, Hotel Inca Real is the right choice. The owners will greet you upon arrival as gentile hosts who welcome visitors. The warmth of its cozy facilities will make you feel right at home.