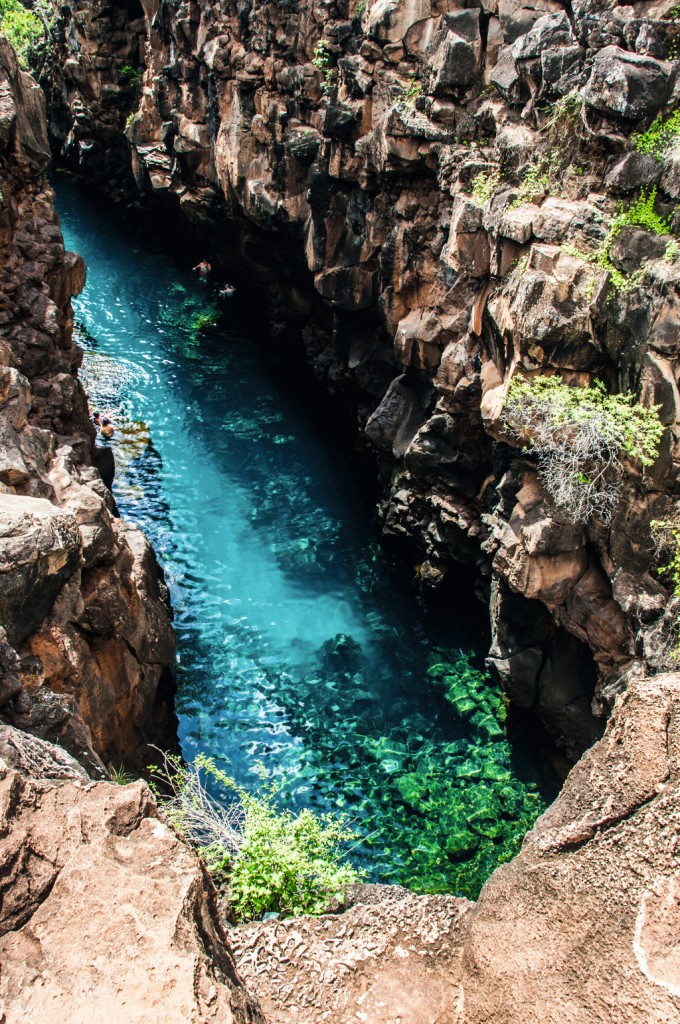 In the Pacific Ocean, 560 miles off the coast of Ecuador, divided by the equator, is a paradise whose landscapes and species are unique in the world: the Galápagos Islands.

UNESCO, the United Nations Educational, Scientific and Cultural organization, declared the Galápagos a World Heritage site in 1978 and later a Biosphere Reserve. The Enchanted Islands, as they were originally called, are one of Ecuador´s National Parks with a land area of 3,077 square miles. They are also a Marine reservation covering 51 thousand square miles, one of the ten largest in the world. It´s considered one of the top destinations for divers.

The archipelago has thirteen major islands plus some two hundred minor islands, islets and rocks.

Travelers arrive at one of Galápagos´ two main airports, either on San Cristóbal or on Baltra islands. Visitors must keep in mind that entrance to the National Park must be paid in cash, credit cards are not accepted.

As would be expected, each island has its own charms. The four inhabited islands are San Cristóbal, Santa Cruz, Floreana and Isabella. Lodgings can be arranged either on board a cruise ship, the best way to get to many spots in Galápagos, or in a hotel in any of the four inhabited islands. Hotels provide an opportunity to get to know the local people, called galapagueños, and to experience for a while a quiet life far away from the continent. Of course, hotels charter tours around their nearby islands, either on yachts or on small native boats known as pangas. 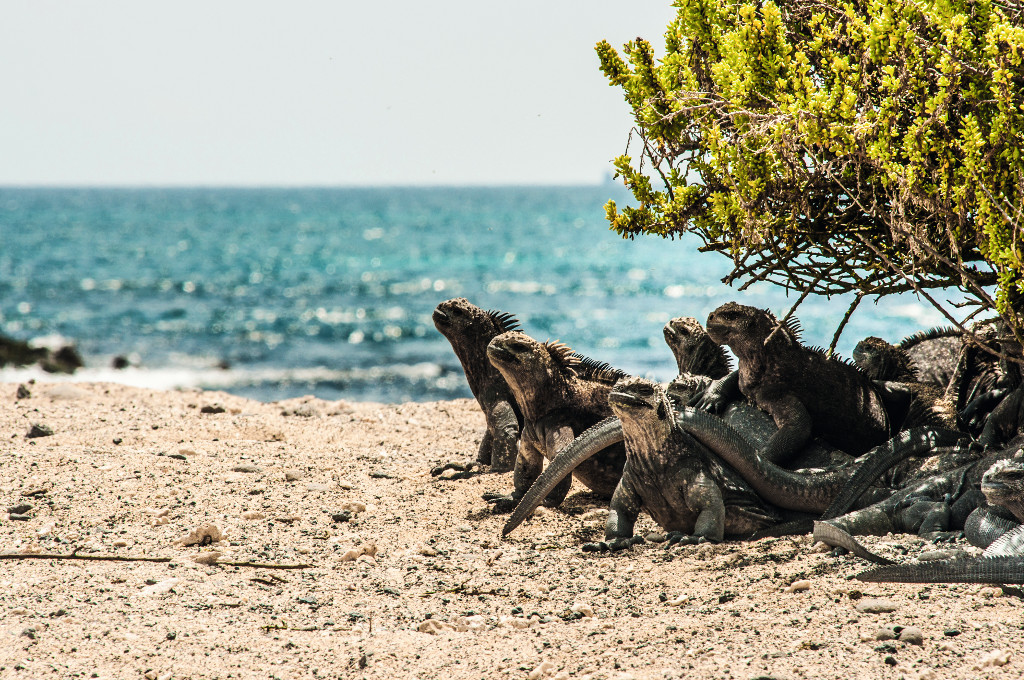 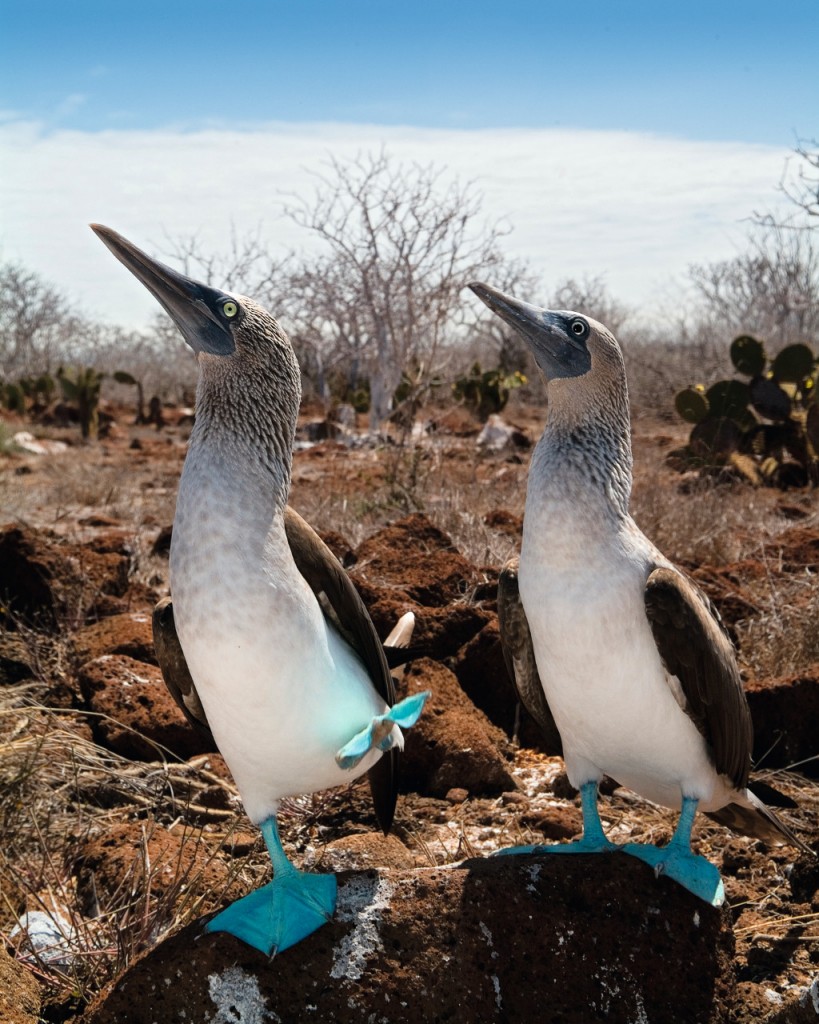 The most amazing feature in Galápagos is how animals react to the presence of human beings. Darwin finches will actually walk up to a tourist resting on the beach. In the ocean, sea lions, iguanas, penguins and turtles, will frolic a short distance away from human swimmers. This behavior occurs because these species have not learned to fear humans. Certain rules are indispensable to preserve this unique environment for future generations. Visitors must treat all animals, whether birds, mammals, reptiles or sea creatures, with absolute respect, and that includes their habitats. Tourists are strictly forbidden to touch or to feed any animals.

The Charles Darwin Science Station, located in Puerto Ayora on Santa Cruz Island, is a research institute. Visitors can learn, among other fascinating topics, about their conservation projects underway in the Galápagos. Only one and a half miles away is Tortuga (turtle) Bay, a fantastic beach, not only due to its dazzling white sand, but because it´s the nesting place for black turtles. On the northeast side of the island is Cerro Dragón (dragon hill), an ideal place to observe land iguanas, which early visitors thought might be miniature dragons. Another attraction is a series of small lagoons where flamingoes can be seen picking shrimp.

Northeast of Santa Cruz is Bartolomé Island that exhibits one of the most famous spots in Galápagos, one that has been extensively used in postcards and books: the Staircase. It is a series of staircases that form a path up to the top of a 300 foot hill. From the top there is an exhilarating view of lava landscapes created by old volcanic eruptions. A short path leads to two beaches. In the first one, where swimming is not allowed, tourists can watch manta rays and tintoreras (blue sharks). The other beach is good for snorkeling and, as a bonus, watching a nearby penguin colony. 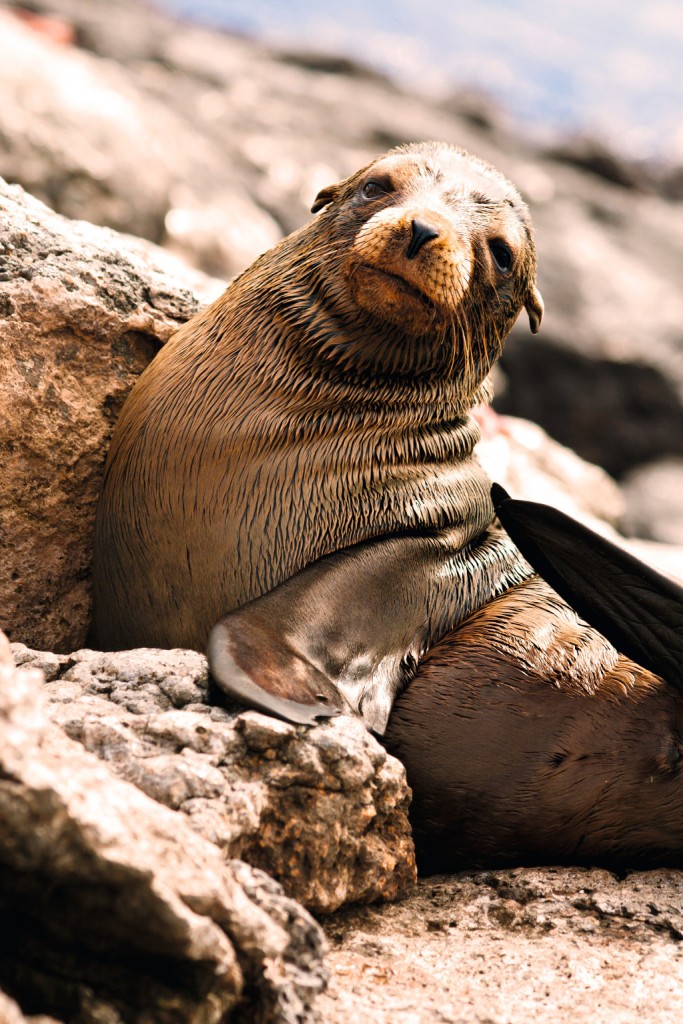 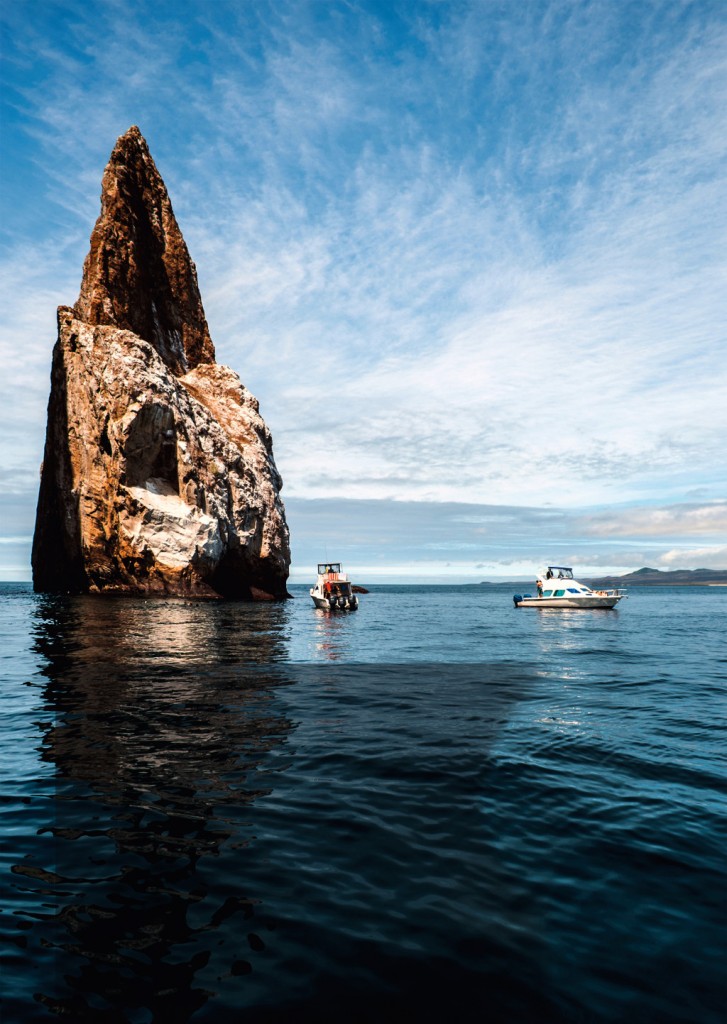 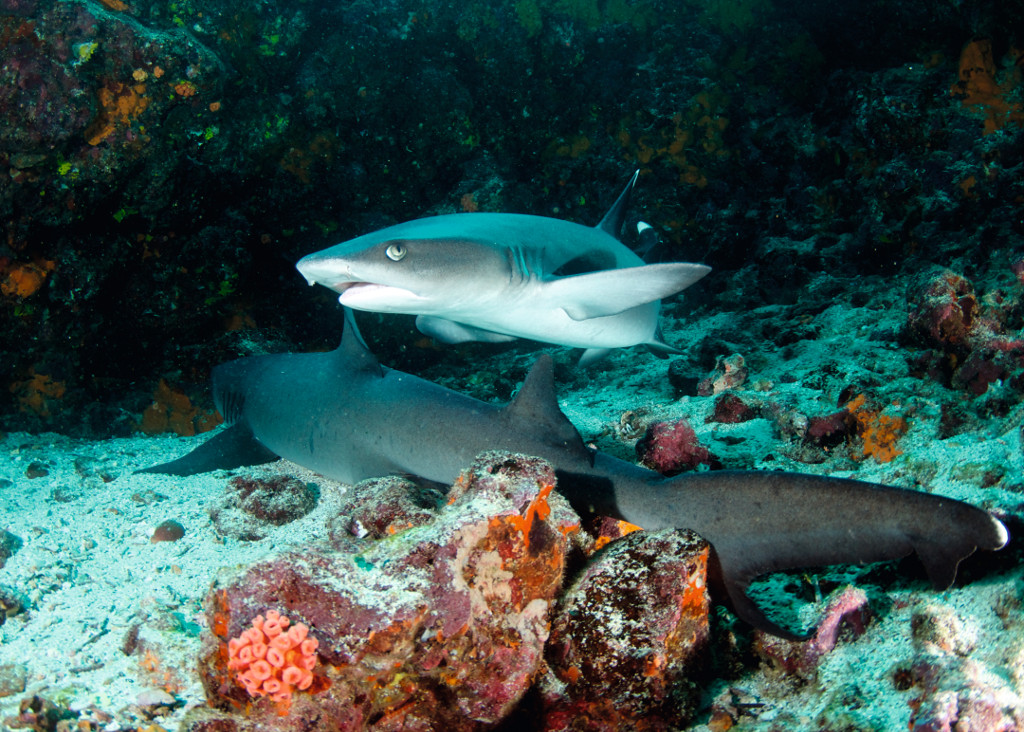 Towards the west is Isabela, the largest island. Caleta (small cove) Tagus is the place to meet the stories about pirates and whalers who belong to the history and the legends of Galápagos. Inscriptions in rocks inside a cave are dated back to the 1800s. On the southern end of Isabela is its oldest volcano, Sierra Negra. The best way to get there is to hire a car in Puerto Villamil and head to a place called El Cura (the priest). From that point, the best tour is a horseback ride around the rim of the volcano.

Also on the western side of the archipelago is Fernandina Island. There, tourists can practice an old method of communication. In Bahia del Correo (mail bay), there is a replica of an old barrel where sailors used to leave letters in the expectation that another ship would stop, pick them up and carry them to their destinations. Today, a visitor can leave an addressed postcard in the barrel, hoping another visitor will pick it up and carry it to its destination. 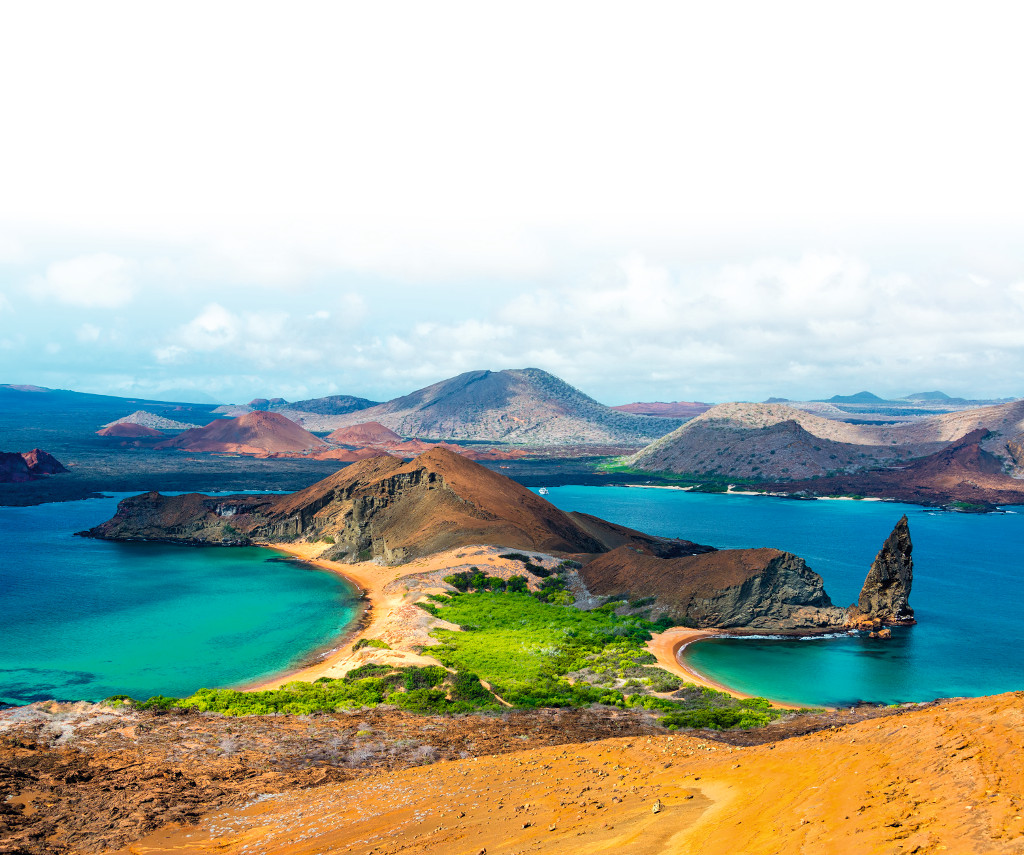 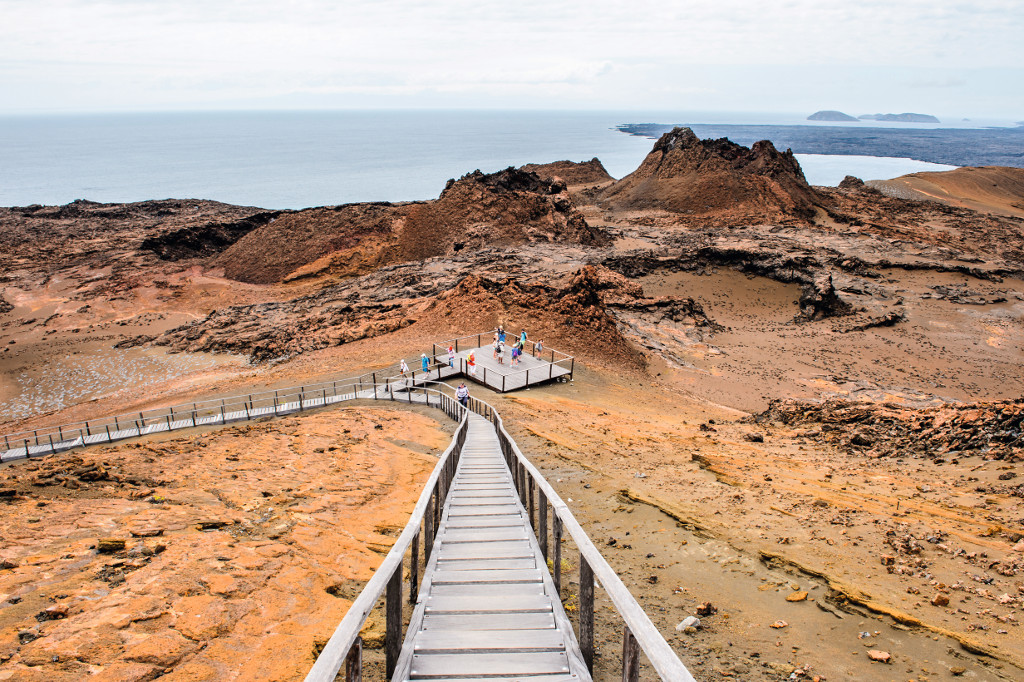 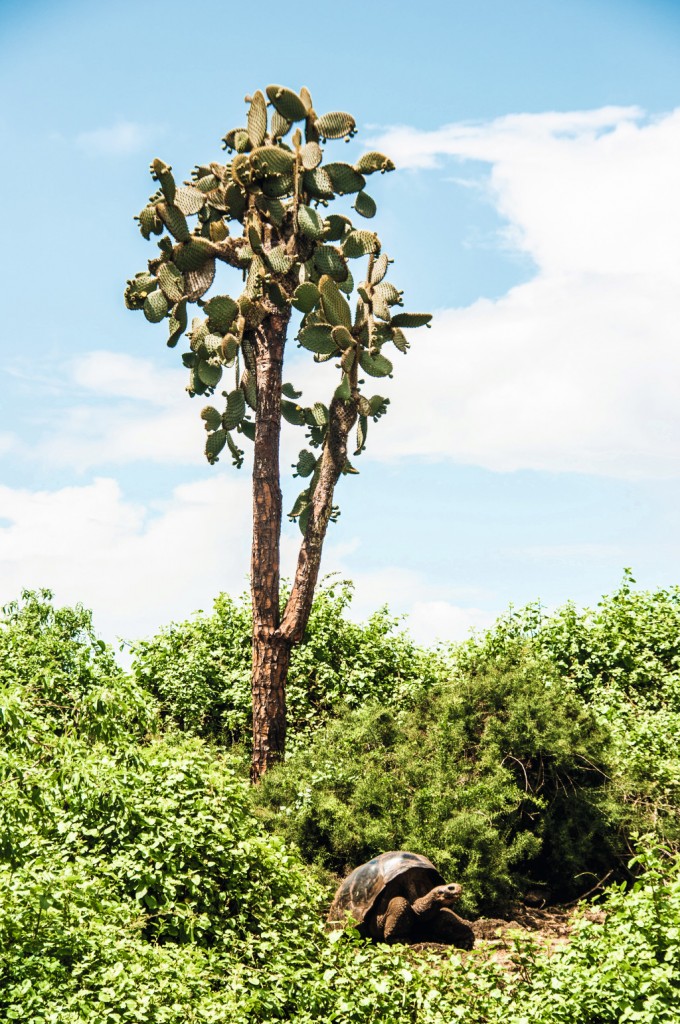 On the eastern side is Española Island. Punta Suárez, on the western coast, is where those amazing birds, the blue footed boobies, can be watched during their courtship rituals. Giant albatross nest there. It´s certainly worth going to see these huge birds standing on a cliff, open their wings and slowly flap their way into the air, heading towards another island. Another one of nature´s spectacular shows is El Soplador (the blower), where strong waves enter a rock tunnel and shoot water up to a height of sixty feet through a hole in the ground.

One final trip is to walk around the streets of Puerto Baquerizo Moreno, the regional capital city, also on the eastern side of the Galápagos.

Entrance fees to Galápagos National Park (in US$ dollars): 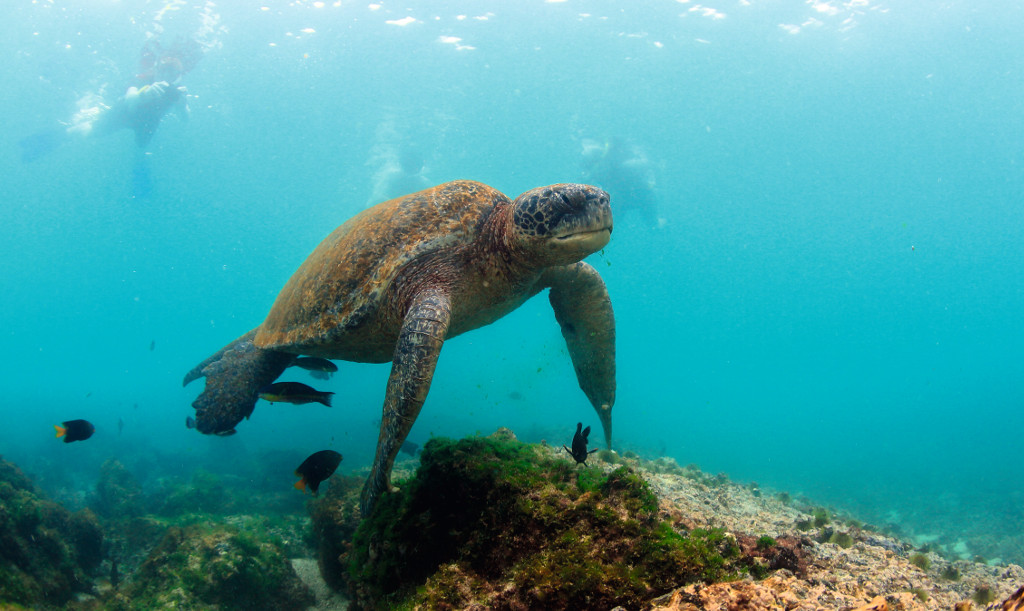