How difficult to talk about my own city. What am I going to say? The city, like the palate, is strictly linked to affections, pleasures, to childhood memories, to blood of your blood and flesh of your flesh. I’m from Guayaquil, but I’m also Guayaquil, even though I’ve been away for so many years. Borges couldn´t have said it better: “the years that I lived in Europe are illusory. I was always (and will be) in Buenos Aires.

“I was always (and will be) in Guayaquil. 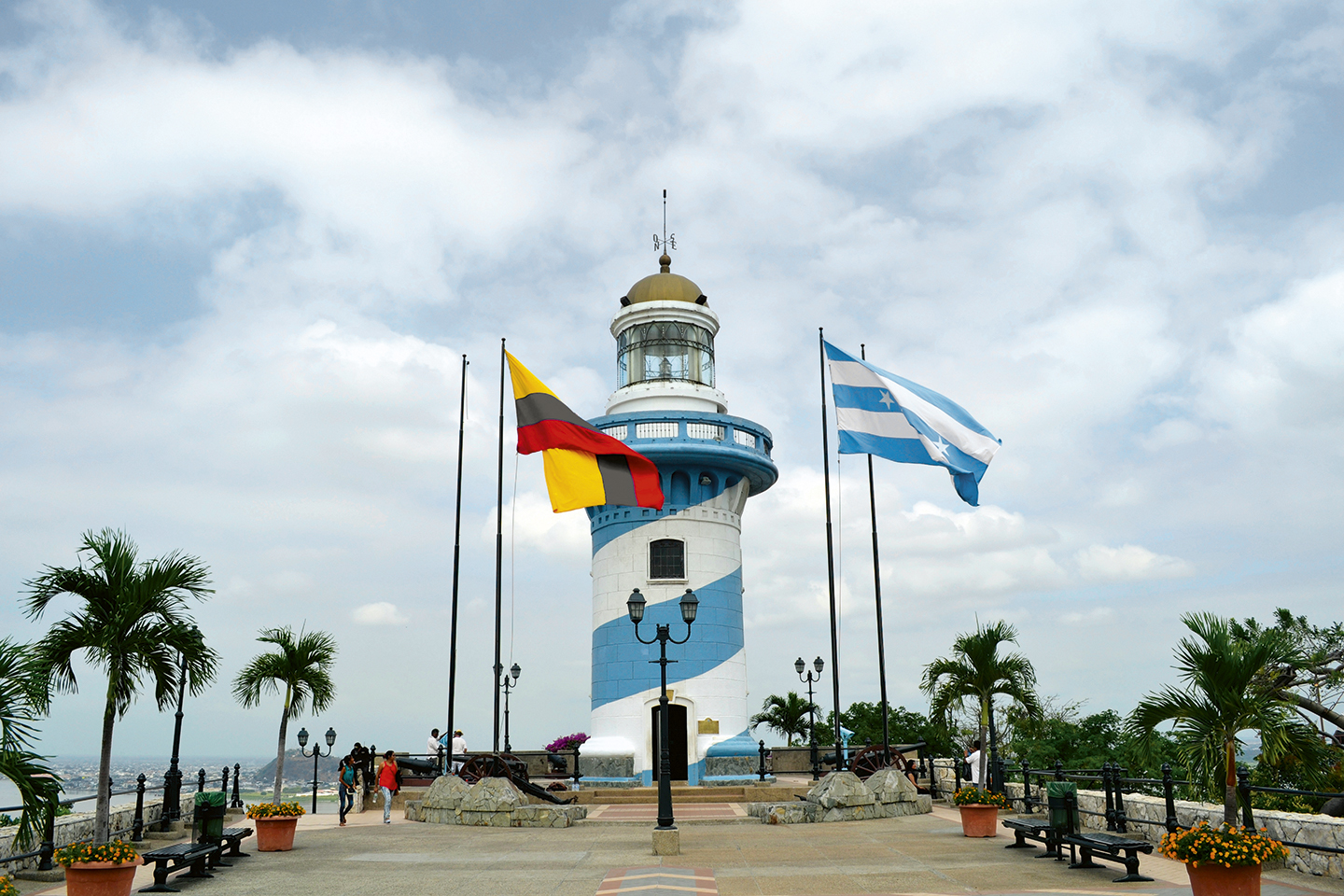 So, imagine, how hard it is to tell you why Guayaquil is the best city in the world, because it is not, we know it is not. What should characterize a city to be recognized as the best? Guayaquil is not walkable, for example, as Oporto is. Guayaquil does not have an ideal climate -in fact it is hell- as Barcelona does. Guayaquil is not filled by museums and attractions like Paris.

And yet, just wait and see… 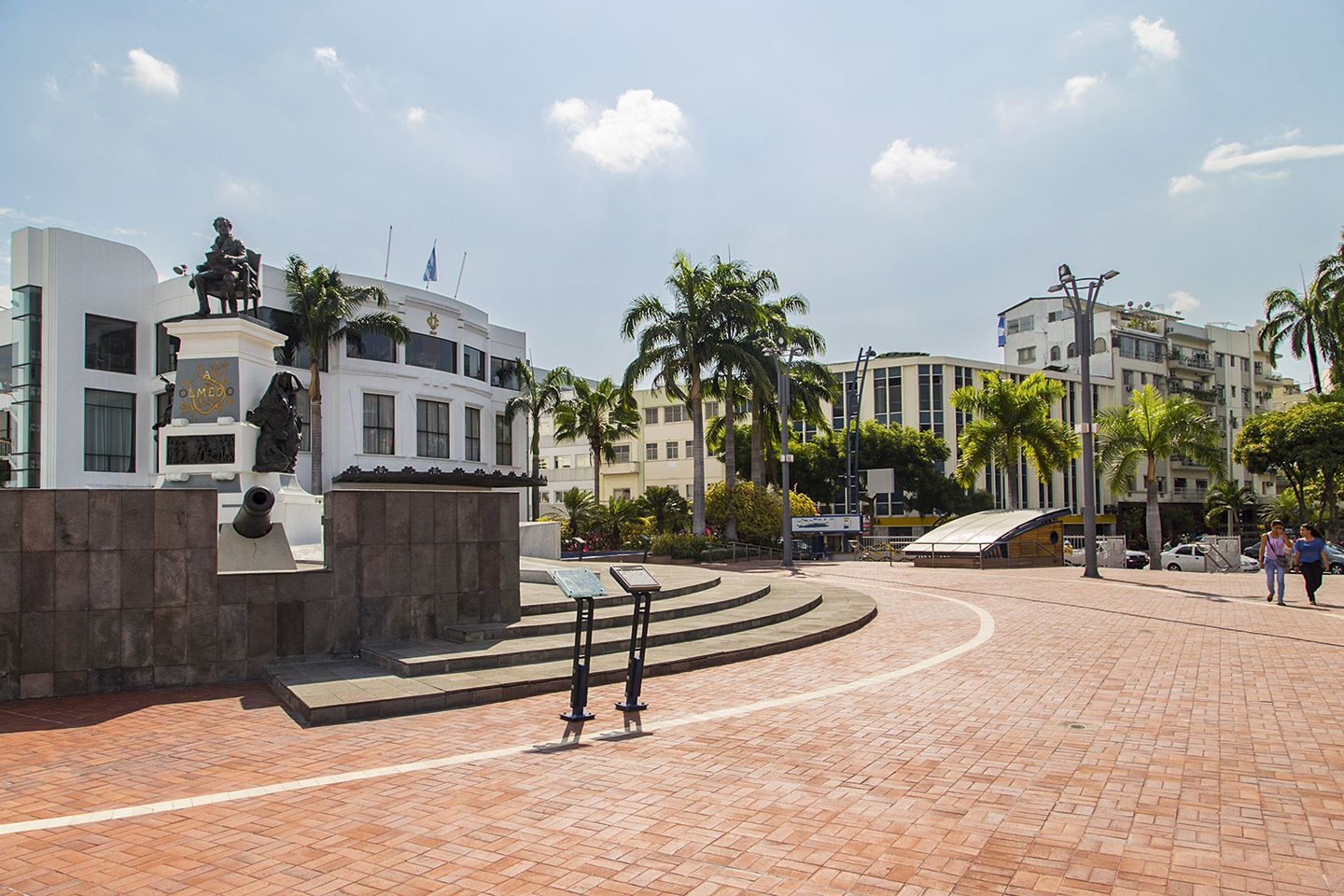 About fifteen years ago I was writing for a great newspaper in Guayaquil, and we discovered that Lonely Planet Travel Guide warned foreigners who came to Galápagos or to Quito: if they had to go through Guayaquil, it was best to wait in the airport or, if misfortune was so geat as to have to spend the night, go straight to the hotel, “be very careful with taxis, ask your hotel to arrange for transportation”, and do not dare walk the terrible streets. For Lonely Planet, Guayaquil was much more dangerous than Syria. And ugly. Scary 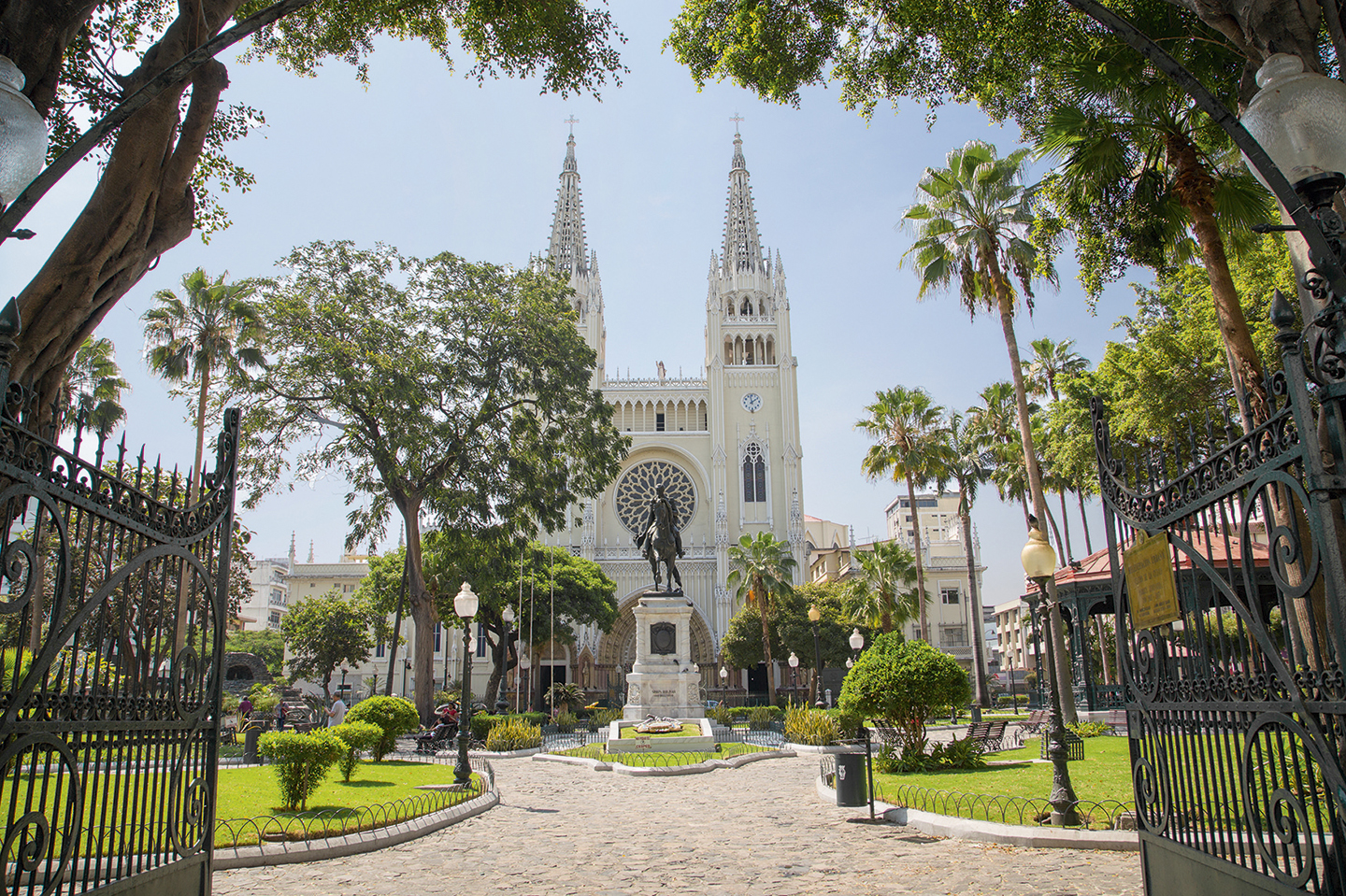 Whoever wrote that text thought there was no sense in taking the risk of walking through this city, what for? It was dirty, charmless, no architectural interest. He thought it was more or less a large favela with thousands and thousands of inhabitants. Almost a landfill. Who would want to walk through a favela or a landfill? 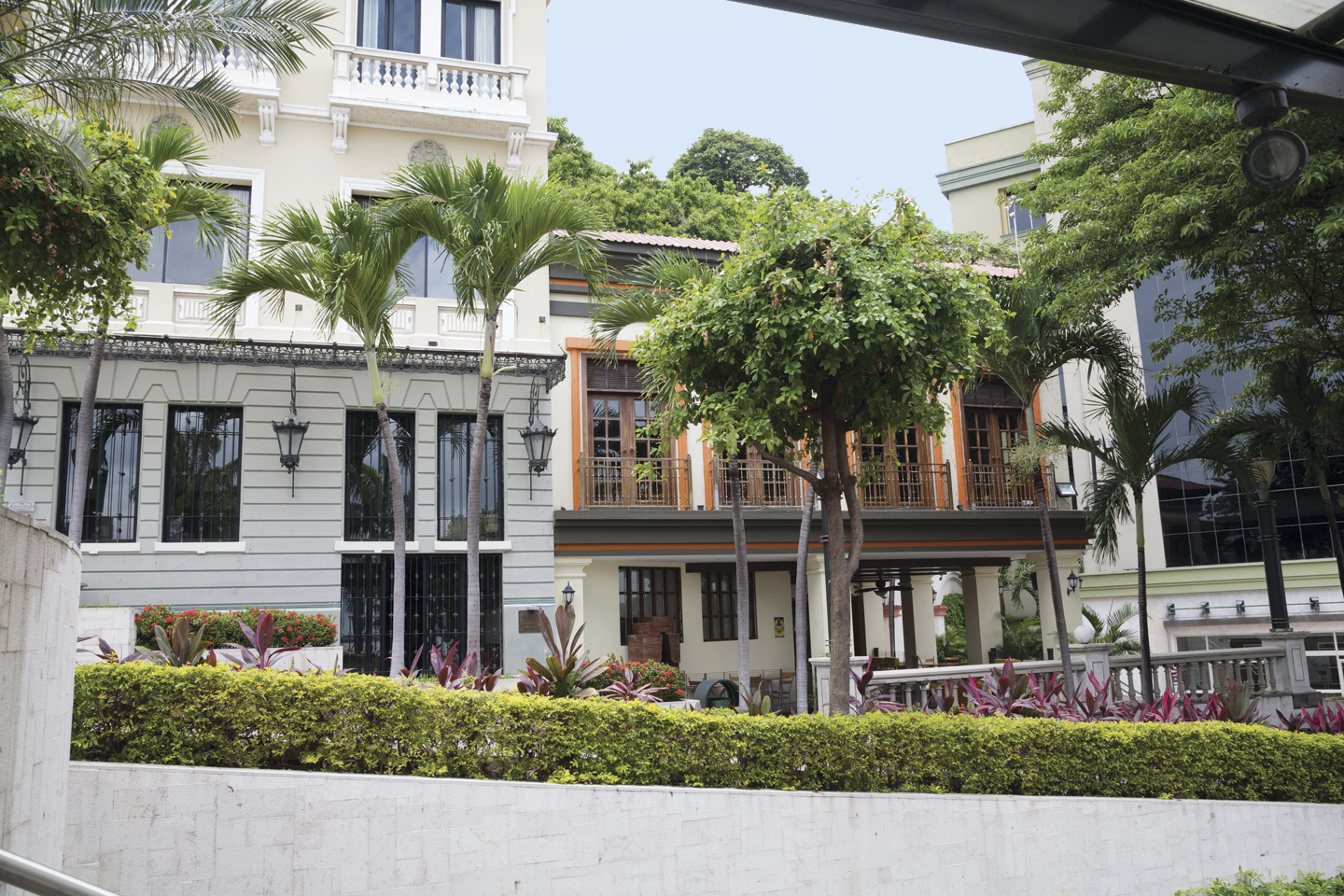 A vein still trembles in my neck when I remember the anger that text gave me. Yes, ok, Guayaquil is not the most beautiful city in the world, let’s agree, not even in Ecuador, but to me, it is the best city in the world. I remember writing back to Lonely Planet, so furious that it seemed I was under the influence of some illegal substance. I was John Town himself, with his newspaper hat. I think that if someone had listened to my heart at that moment, it would have sounded like love sounds, because that is what I feel for Guayaquil. 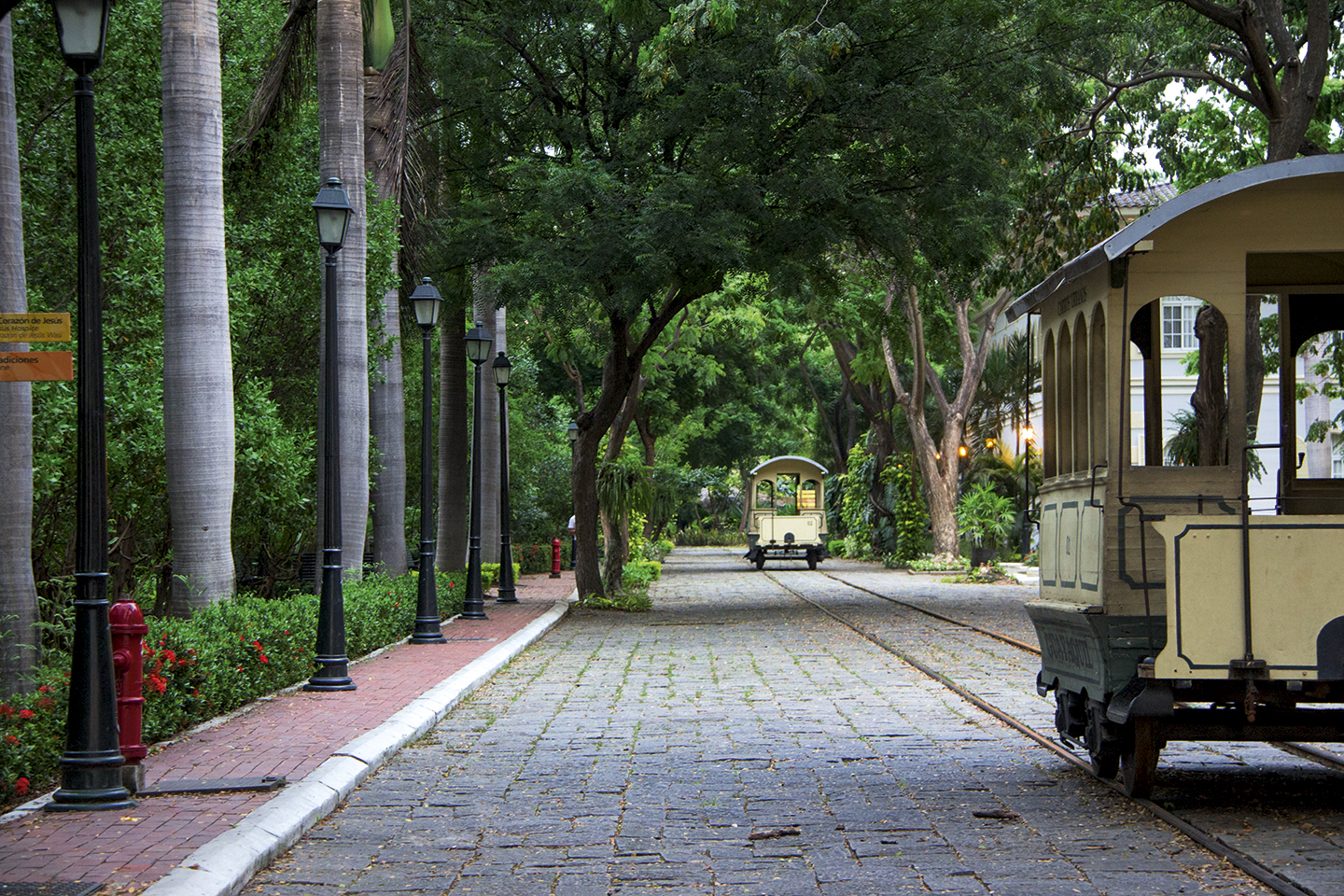 What did I say? Oh, that’s the key. How to defend the beauty of Guayaquil comparing it to, say, Quito or Cuenca? How to invite tourists to visit us? It is hypocritical: we know what we have and what we don´t, and in fact, we know more what there is not than what there is. 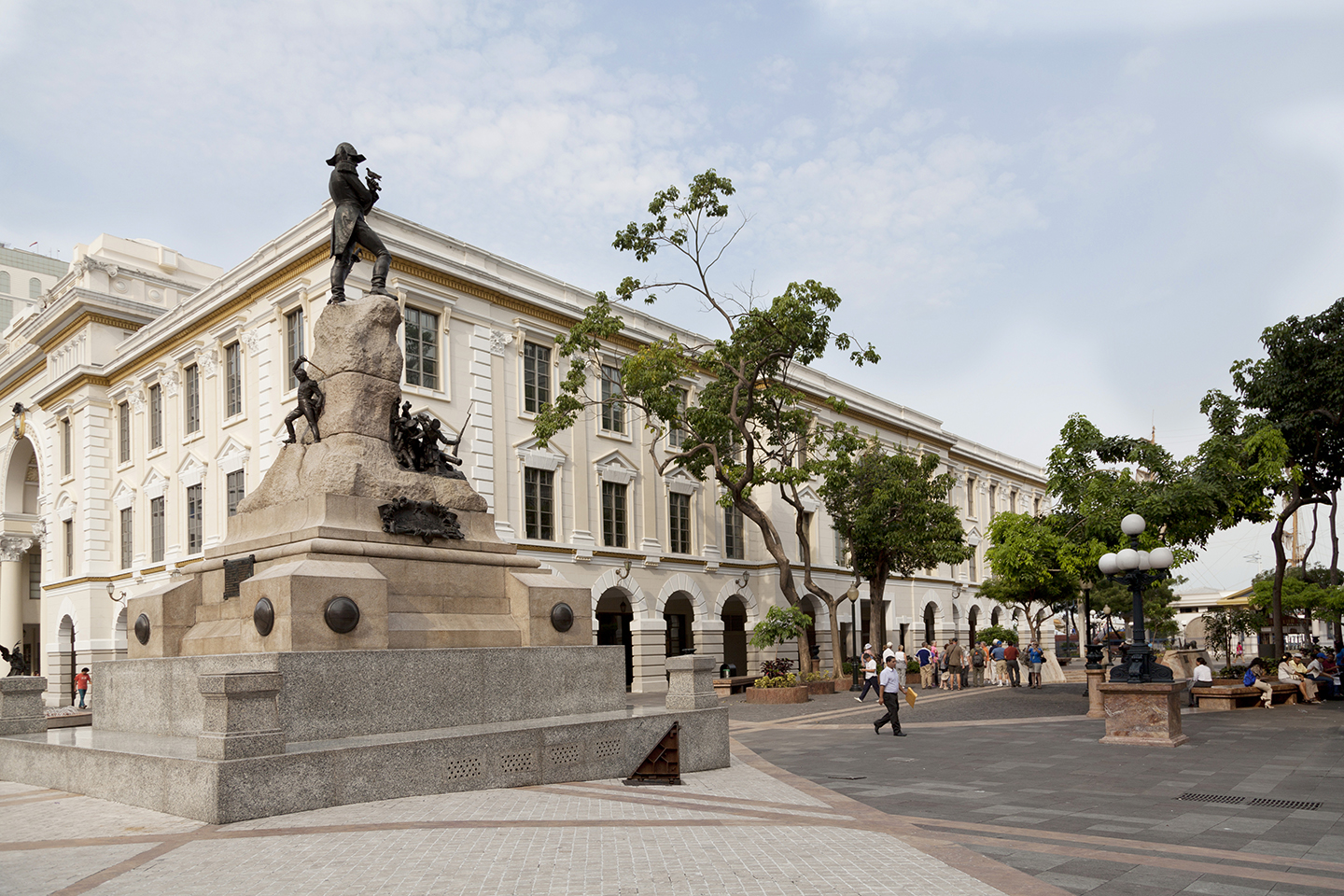 Although our Malecón is very beautiful and we are lucky to have such a huge river that tourists believe is the sea, and although it is nice to walk hand in hand with it, I did not talk about that (a little yes, but I’m not going to do it again, it’s a common place). Although Las Peñas has such cozy streets that make you want to hug them, I did not talk about that either (and I idolize that neighborhood). Although Cerro Santa Ana is so beautiful and colorful, similar to an artistic painting to be enjoyed by everyone, although the modern buildings, the trees, flowers and plants, the Clock Tower and the Municipality, the hills… Although all that, I am going to talk about something else. 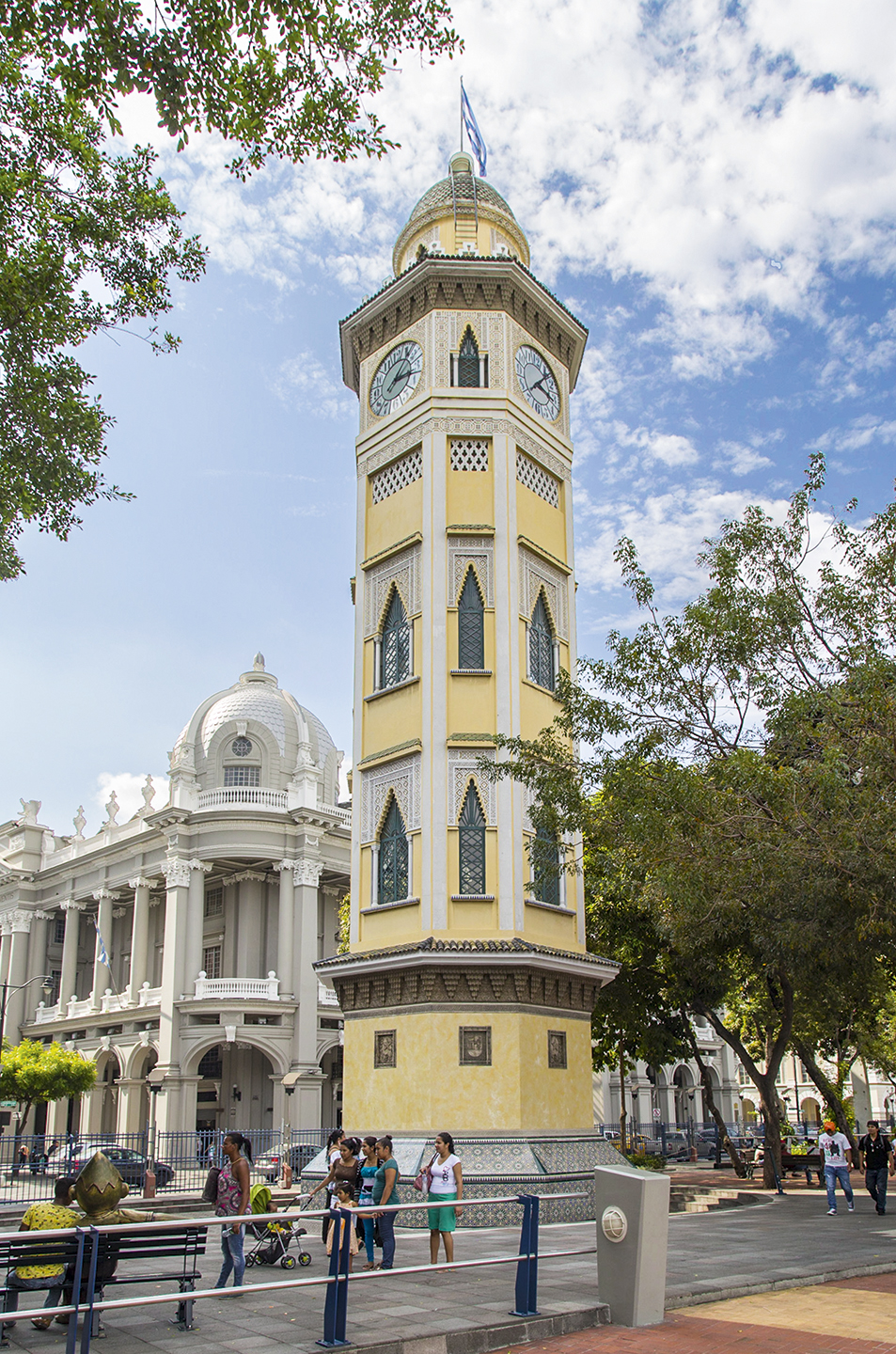 Every time I come back, upon crossing the airport doors –you have to see the beautiful airport flowers- I am already overwhelmed by the smell of mangroves, that unique smell so embedded in my skin, in my cells, that I recognize it like my own mother’s. It is an incredible experience to submerge -because it is water, the air in Guayaquil is water- in that enormous fish tank of humidity, mangrove and salt. I love coming to Guayaquil and breathing it: this is my house and nothing else is. 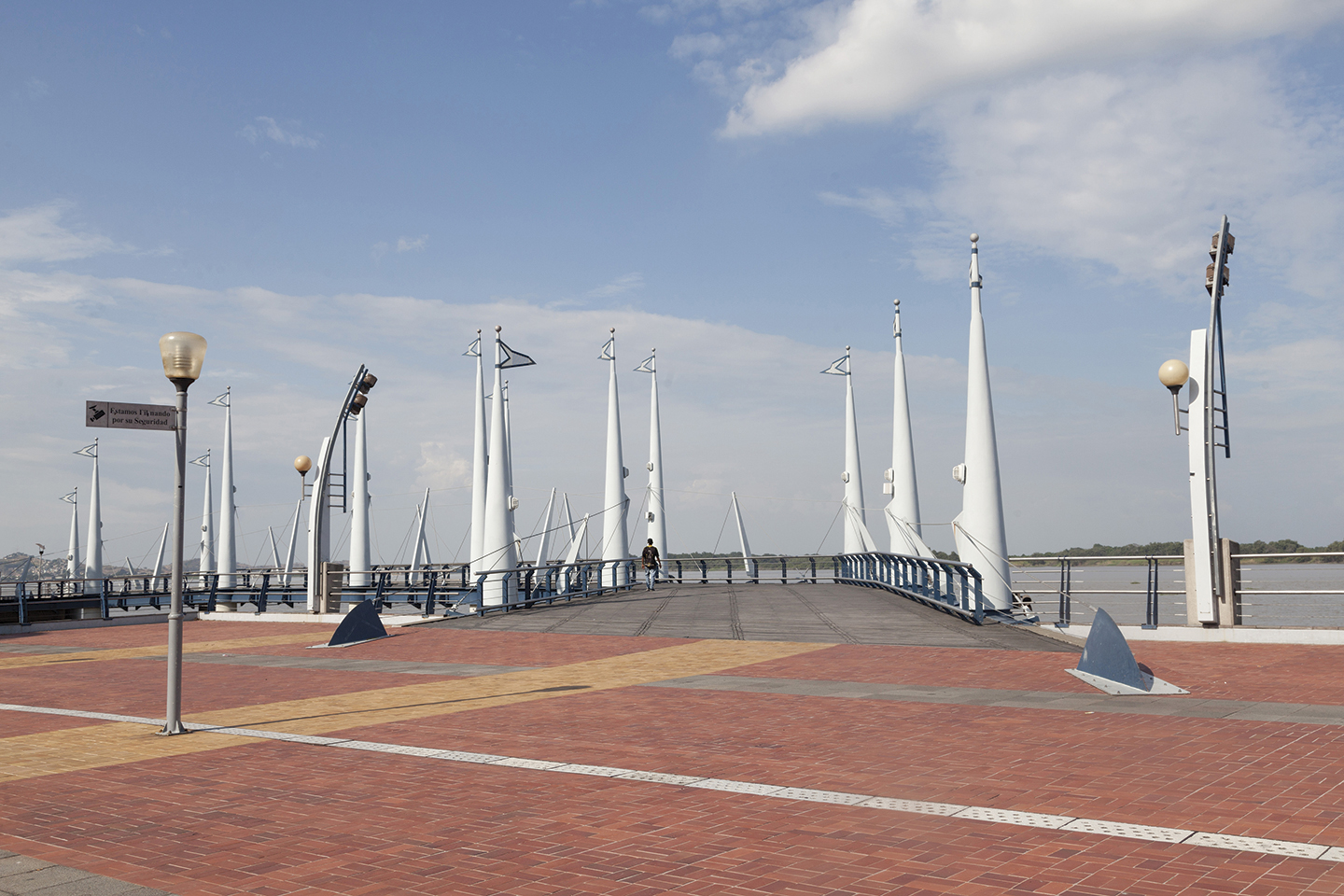 I will not say that the heat is not hostile. It is, but Guayaquil makes up for it with smiles all over town, such great smiles. We are not perfect, our self-esteem is not that of a New Yorker or a Berliner, but we do have joy. And of course you are thinking, how happy are people who live year round under this sun, with this humidity, with this traffic? We are survivors because we are from Guayaquil, I can´t explain it. Maybe because nature takes something but gives something better in return, and it has blessed us with an open, fresh, easy, fun and festive nature. 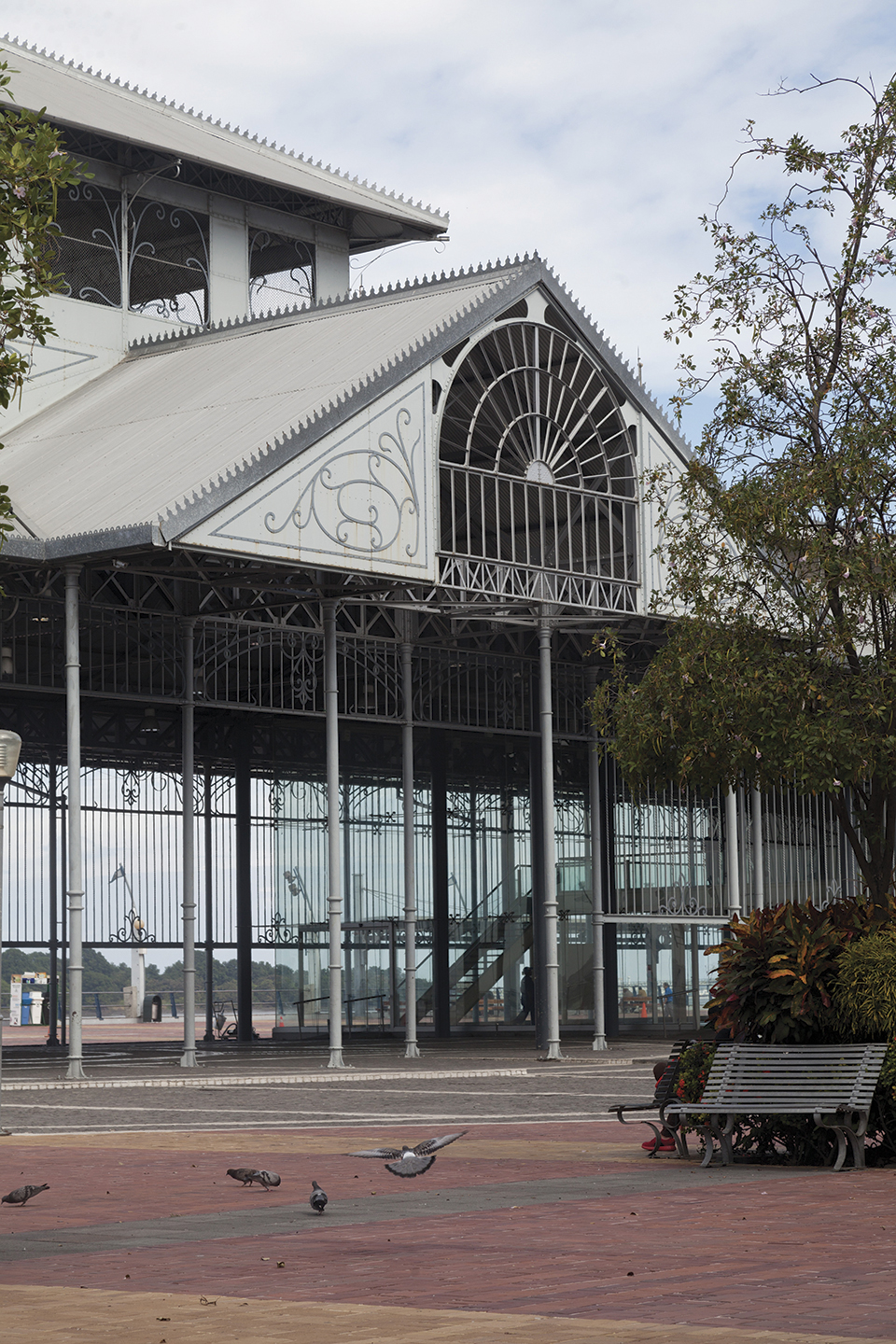 Turn on any device with dancing music and you will feel our spirit. Open a beer and serve fried fish and you will enjoy a party like never before. It just happens, in Guayaquil it simply happens. You traveler, you foreigner, you who live in another land, you will suddenly see, without even knowing how, you become one of ours.

Guayaquil is the city where we are all close friends. How is it not going to be the best city in the world? I was born there, I do not live there, and it still shocks me when I cross paths with someone I know: that hug! It seems that they were standing in that same corner of the city waiting for me.

Guayaquil has that: love. 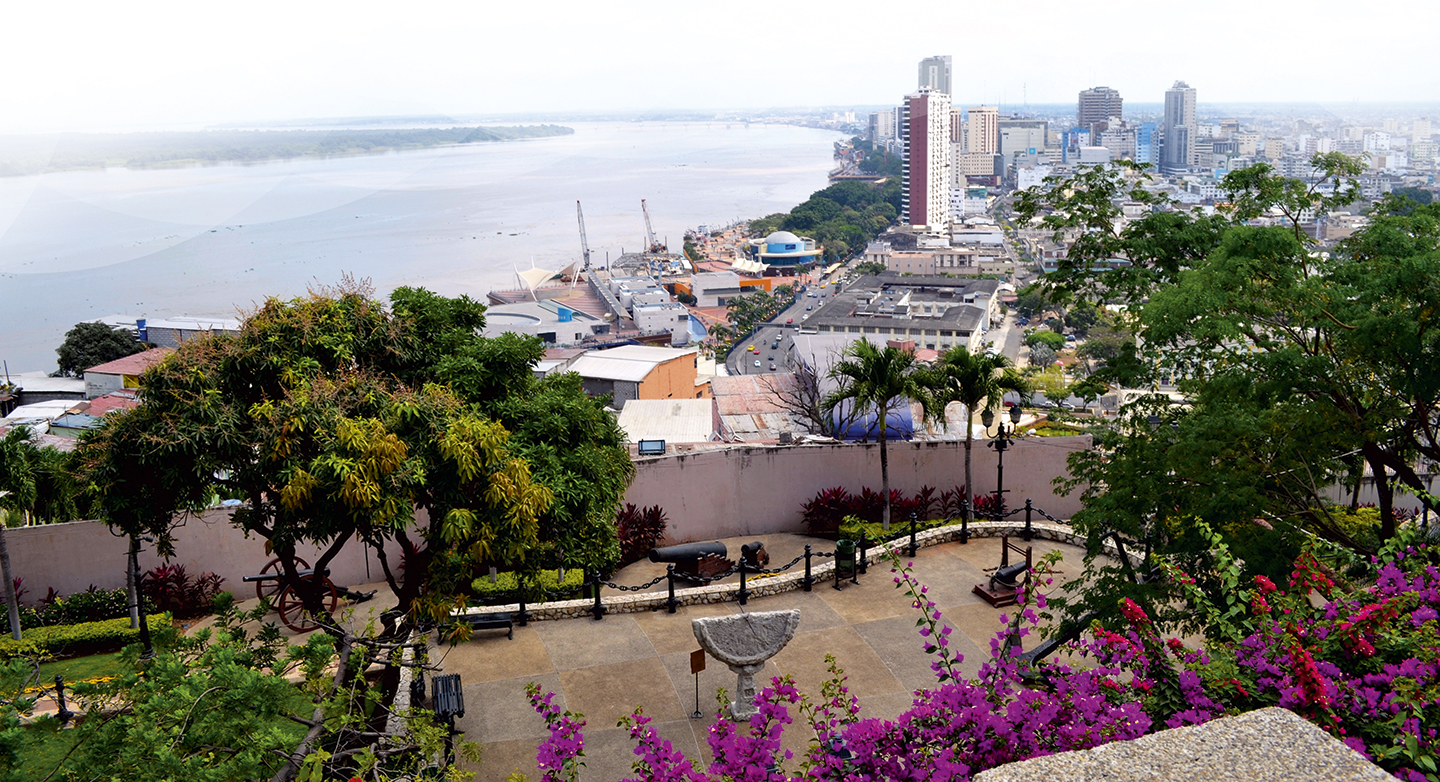 No foreigner will find hostility or indifference. Guayaquil appreciates its visitors with sincerity and affection. We invite them to our homes and take care of them as if they were cousins who live abroad. Guayaquil is cordial, incredibly cordial. And the food… Ah… the food. Guayaquil compensates all its flaws with dishes that would make the Statue of Liberty blush. A Spanish friend tried our rice with lentil stew, meat and patacones (fried green plantains), and decided he will not eat anything else ever again. His dream is to return to Guayaquil to eat ceviche, encebollado, bolón, fried fish, casserole, shrimp sango, seafood soup, ball broth, rice with shell, tigrillo, muchines, plantain tortilla. 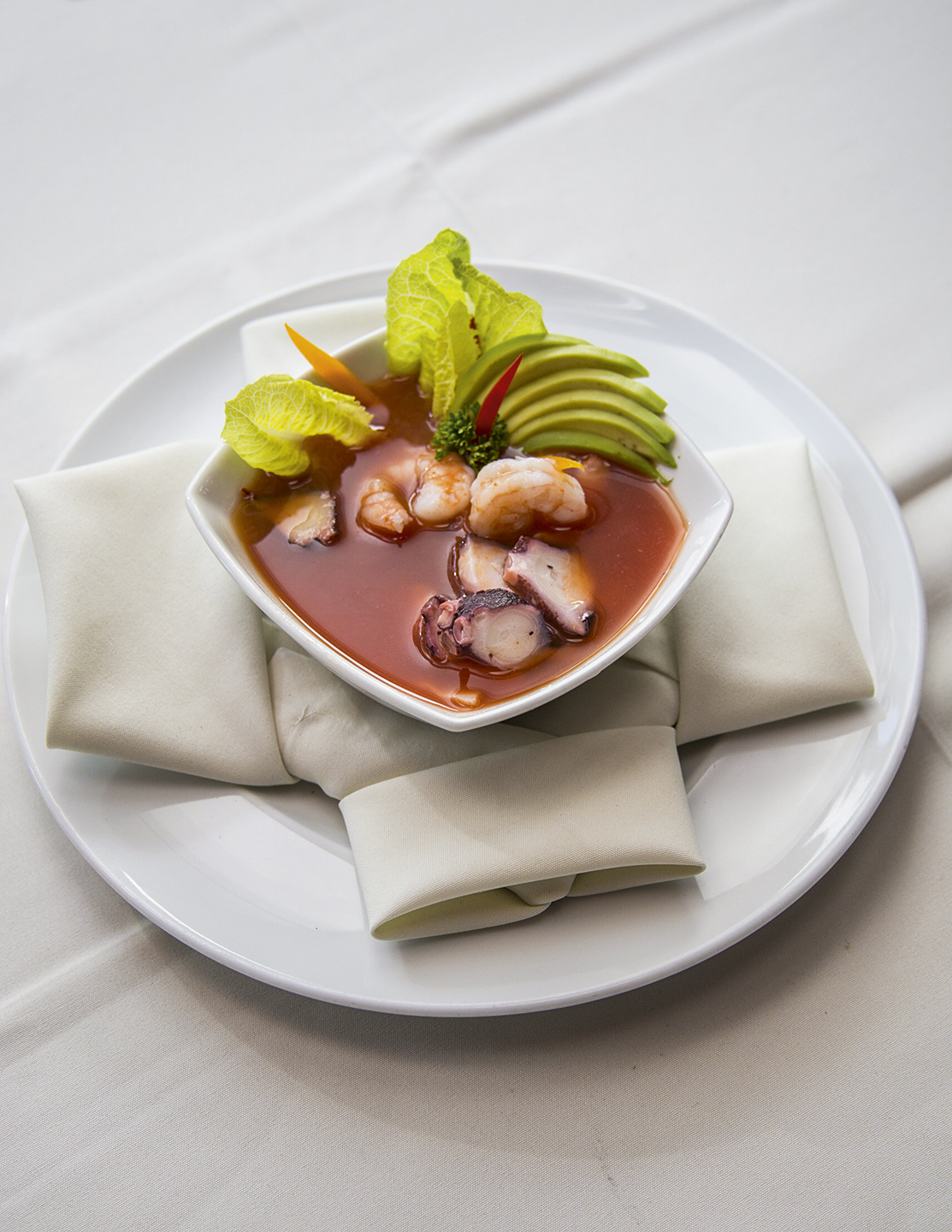 Oh my God. To write this at ten thousand kilometers is an ordeal.

Let me cry for a little while. How can you live far from Guayaquil? I don´t know.

So many years and I still do not know.

The message behind every word I wrote in that replica to Lonely Planet is that yes, surely we are not the most beautiful city among all, but one thing we are: the best city in the world.

If you do not believe me, come and check it out.