The city of Ambato, known as the land of flowers and fruits, is the scene for a magical and colorful celebration that takes place every year in late February or early March, during the carnival festivities. It is one of the most important and popular events in the country, known as the Flower and Fruit Festival, that in 2009 was declared as part of the Intangible Cultural Heritage of Ecuador.

This celebration takes place every year since 1951, and it is held as a symbol of hope, optimism, strength and unity of the Ambato people, who came forward after the devastating earthquake that destroyed much of the city in 1949.

With months in advance the city starts getting ready to receive thousands of tourists and to carefully organize every detail. Among the most attractive events are: Queen of Ambato election, Blessing of the Bread, Flowers and Fruits ceremony, Confraternity Parade, Nocturnal Round, International Festival of Folklore, and Nuestra Señora de La Merced bullfighting weekend. These events are held during several consecutive days for the joy of locals and foreigners. 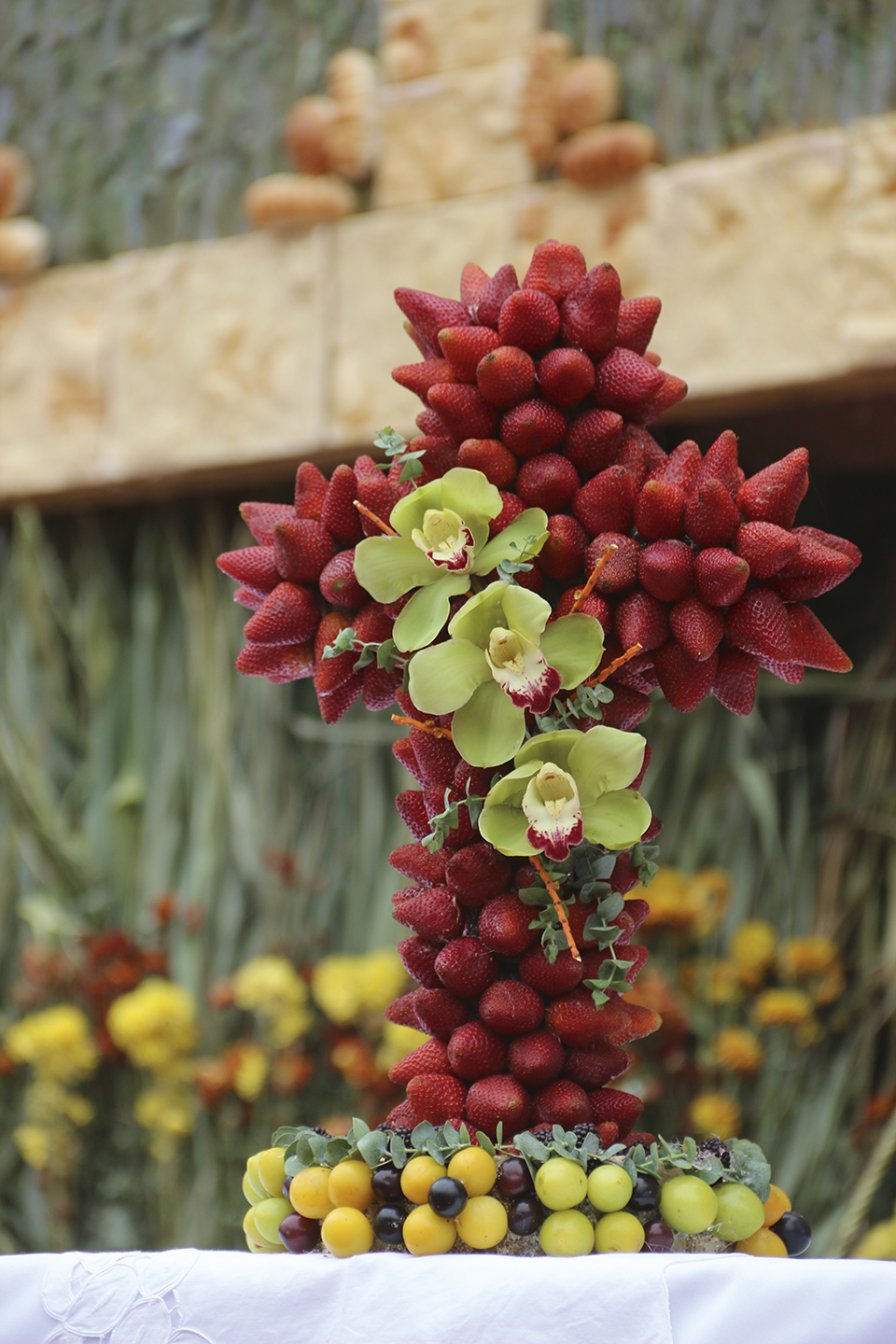 The queen election takes place on a gala night as a tradition to praise the beauty and charm of the Ambato woman. The candidates demonstrate their talents, charisma and sympathy on a wonderful evening, and as part of the program they perform choreographies and parade exotic, formal and casual costumes on stage. Finally the new sovereign is chosen, and she has the honour to preside and lead the holiday festivities. 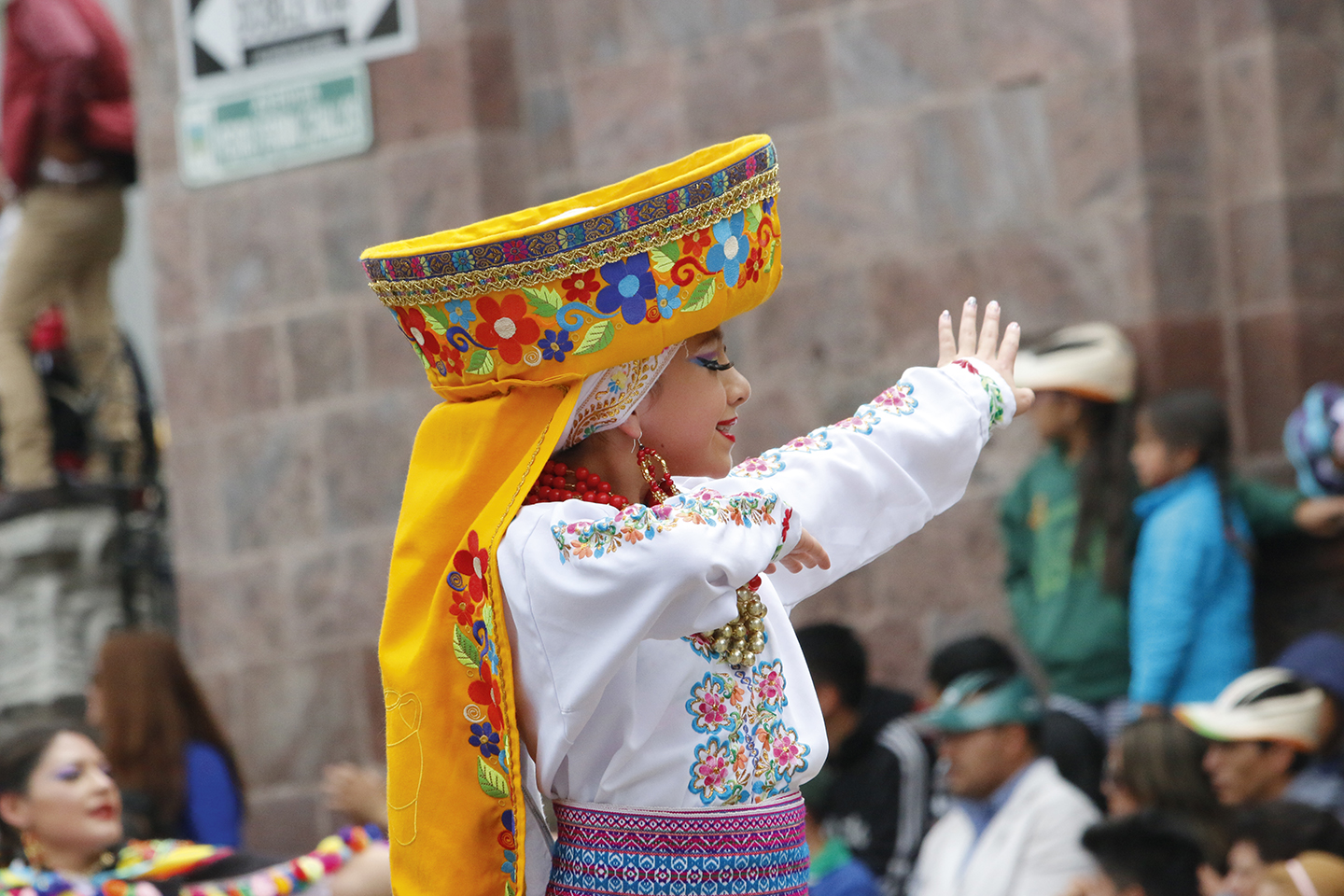 The blessing of the Bread, Flowers and Fruits ceremony takes place during a solemn mass at the Atrium of the Cathedral, and the purpose is to give thanks for the abundance of fruits provided by the land to the inhabitants of Ambato. On the other hand, the Confraternity Parade is a cultural and artistic manifestation, a spectacle in which students of several schools dress in striking disguises and galas to appear in choreographies, in which they play fun roles. Parading on majestic floats along the main streets of the Historic Centre, that have been decorated with flowers and fruits, the Queen of Ambato, along with beauty queens from different cities of the country, wave attentively to the public. 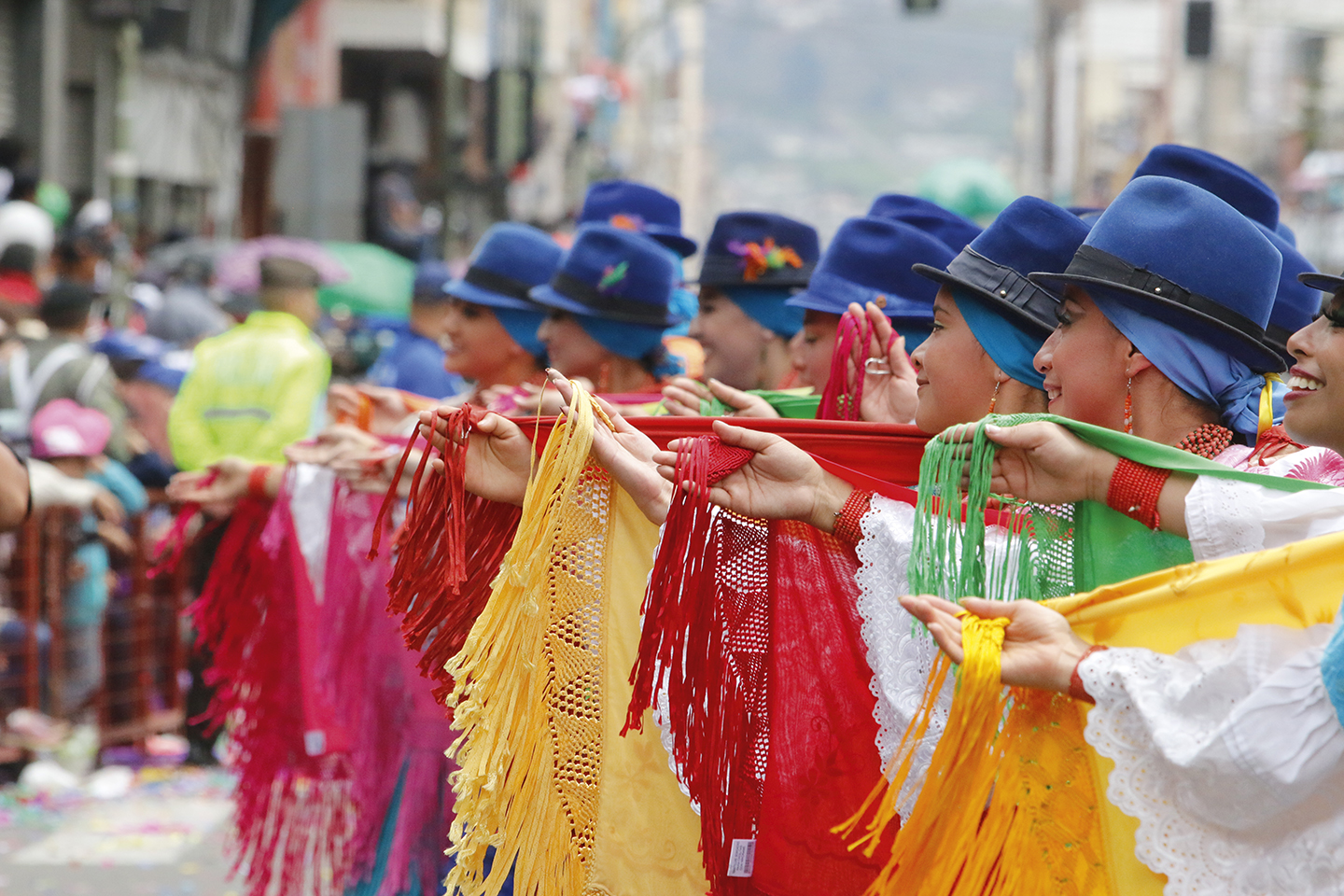 And if you think you’ve seen everything … wait for the night events. The same floats you enjoyed during the day are now illuminated in full with flashy and colourful lights to parade the avenues of the city in a show full of magic and fantasy. This event is called the Nocturnal Round. And if you are looking for a different option for nightly entertainment, there is a wide choice of restaurants, bars and nightclubs that feature modern music in lively and friendly atmospheres, in which clients are served till dawn. 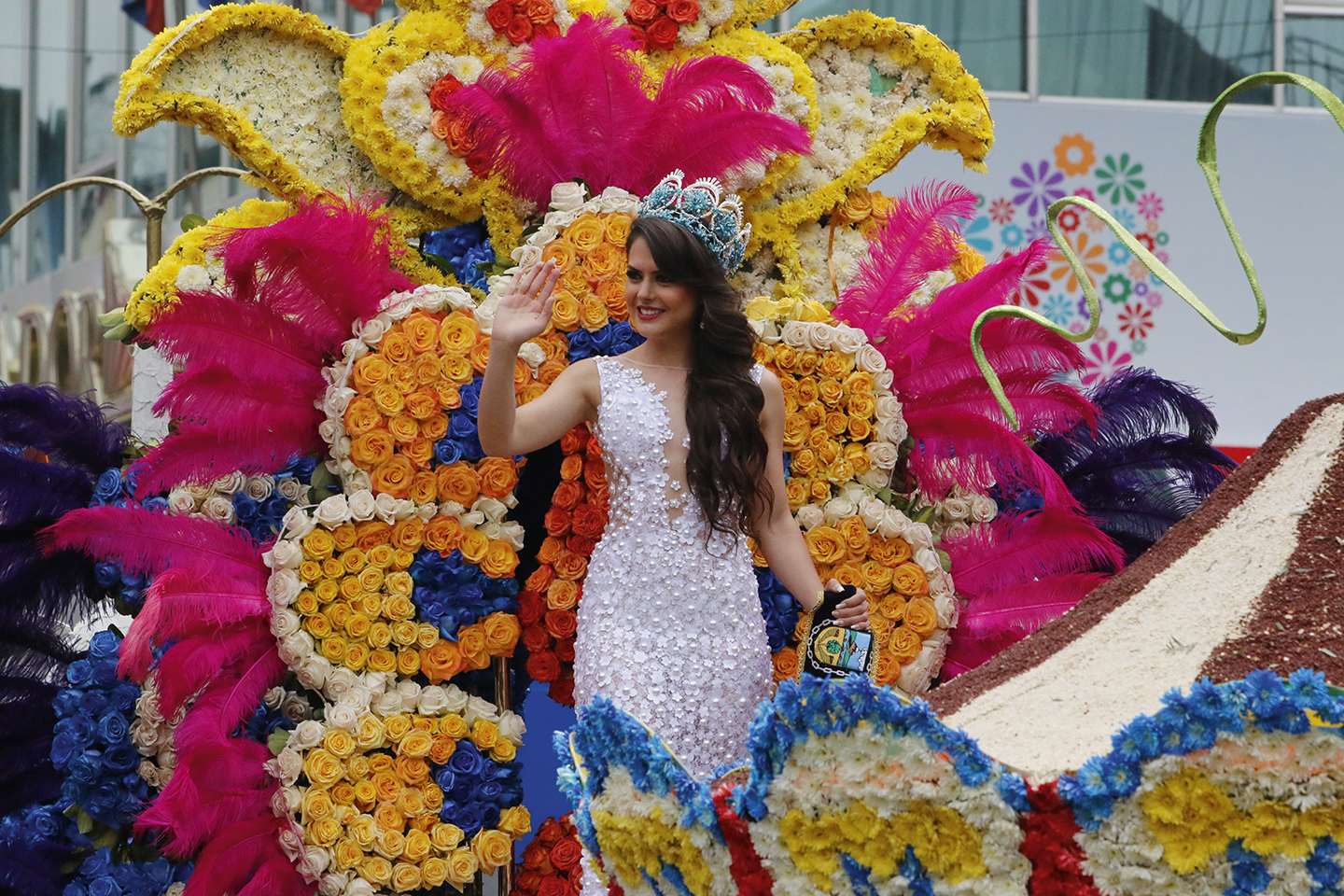 The International Folklore Festival is famous for bringing together dancers and musicians from various countries that, through choreographies, express different aspects of their origins and customs. 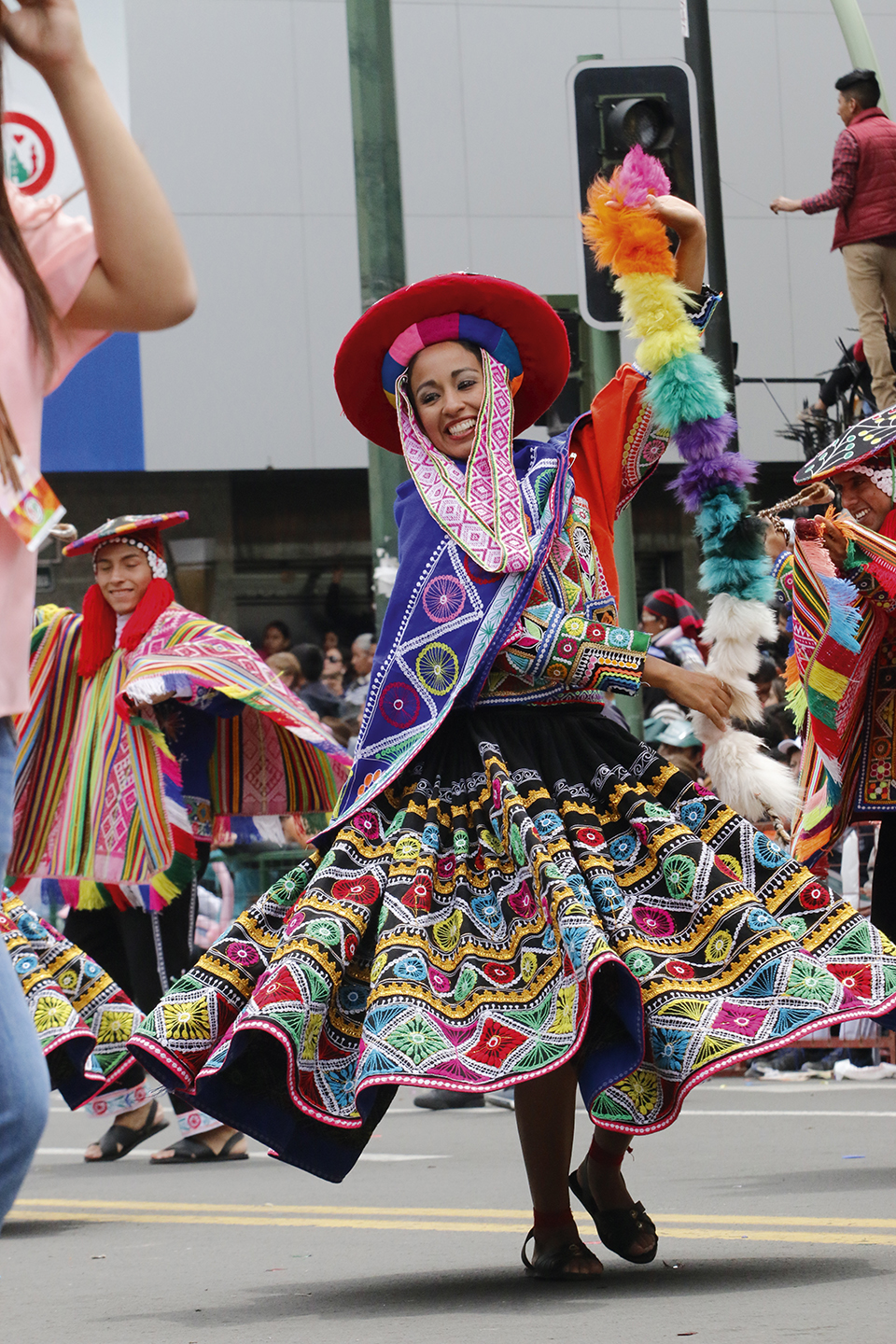 In addition, during your visit to this beautiful city do not miss the streets of the Historical Centre, where artistic floral designs are carefully displayed on the facades of heritage houses. 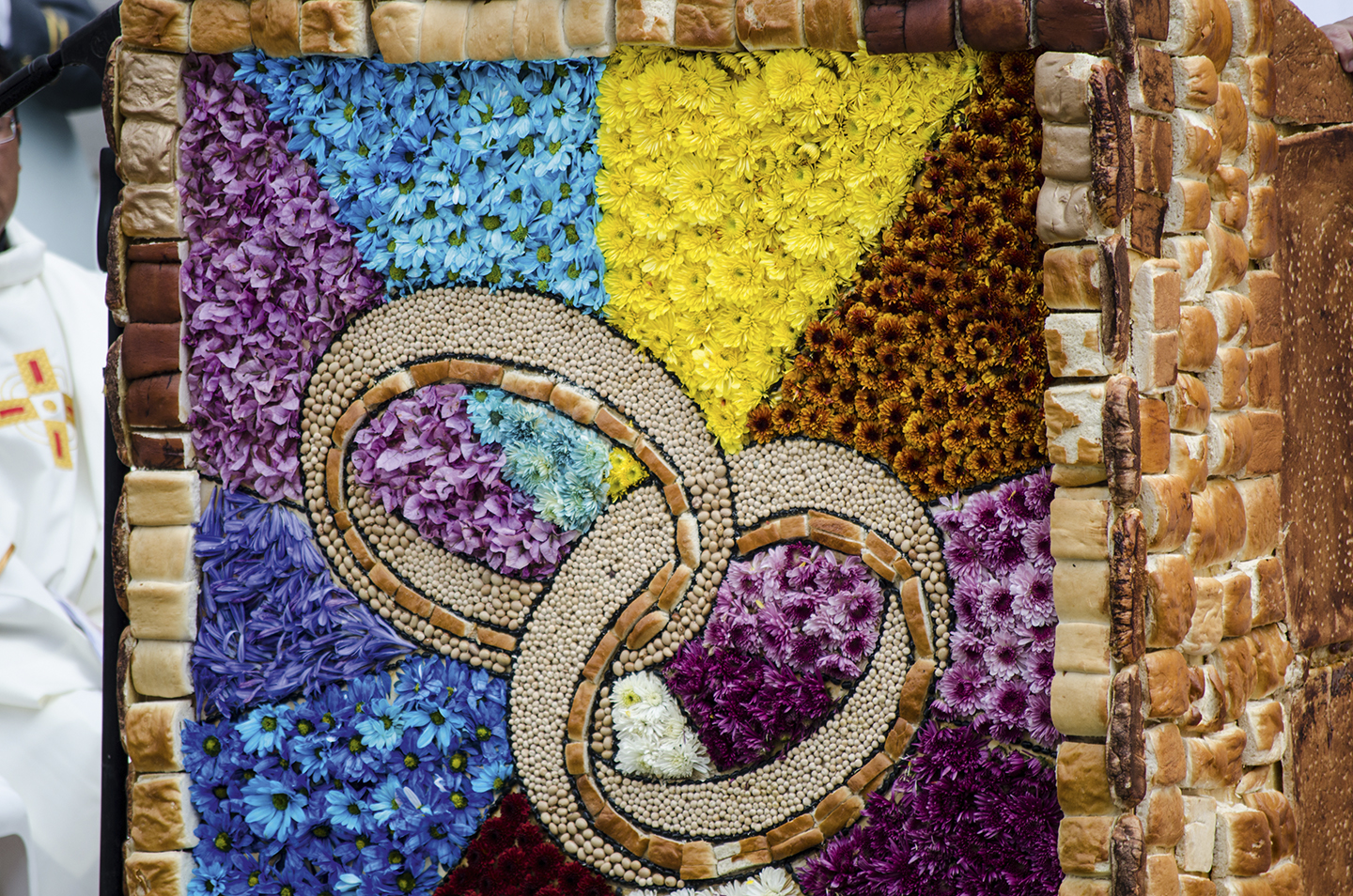 Ambato has a wide gastronomic offer of native dishes with well-deserved acknowledgements. Impossible to translate their names, you must ask for hornado, fritada, mote with mapahuira (pork fat), Pinllo bread, natural juices and even the typical hot chocolate. The Central Market is the place to enjoy all this variety of typical dishes, and of course, you should not leave without tasting the exquisite llapingachos with chorizo. 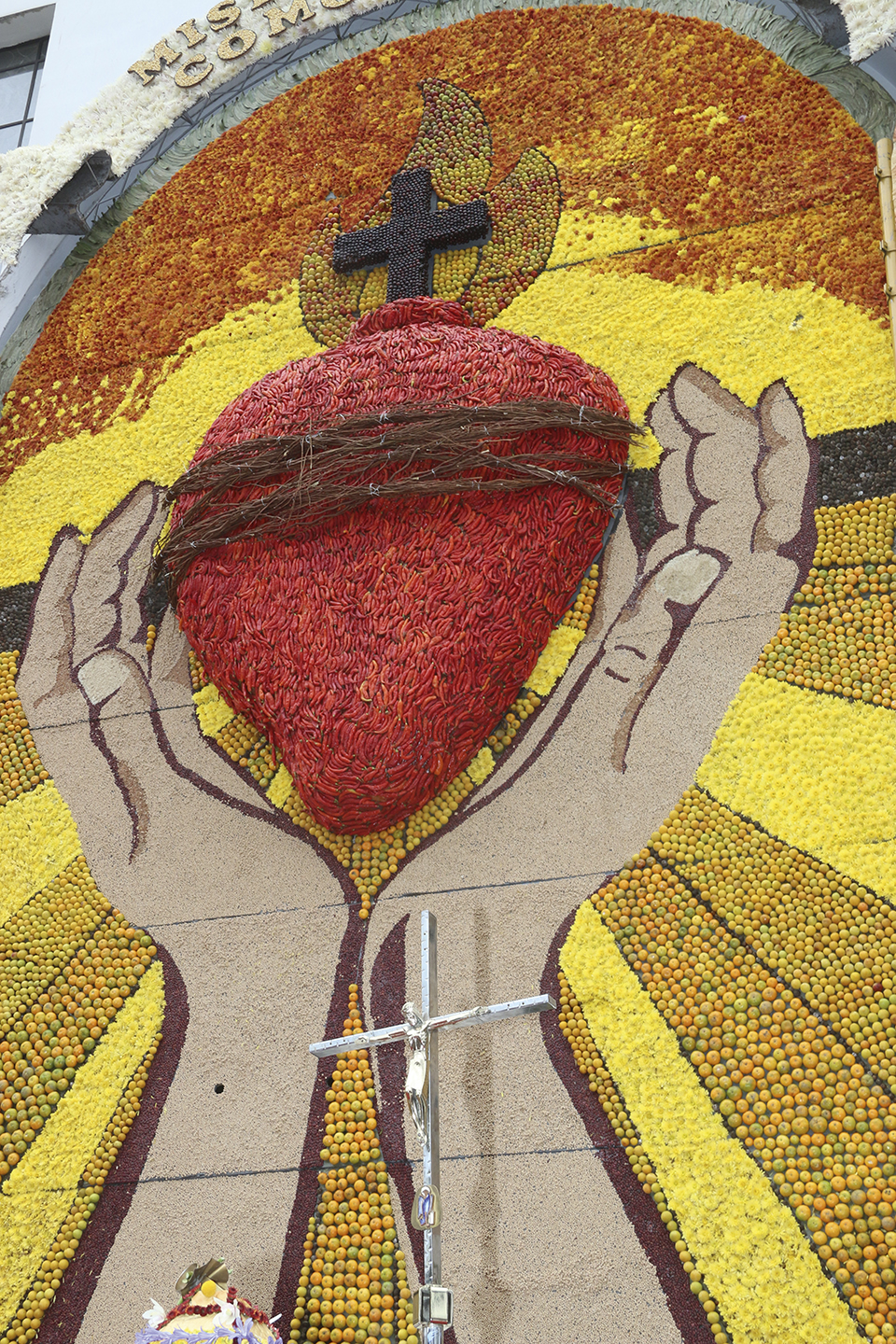 The carnival holiday in Ambato offers everything the tourist is looking for as far as ludic experiences go: art, cultural events, dance, music, gastronomy, and even bullfighting, a legacy we inherited from the Spanish conquistadors. For bullfighting fans, the great attraction is the Feria of Our Lady of Mercy, which in Ambato, unlike other cities in the country, is celebrated according to the Spanish tradition. The most prominent bullfighters in the world are always present. 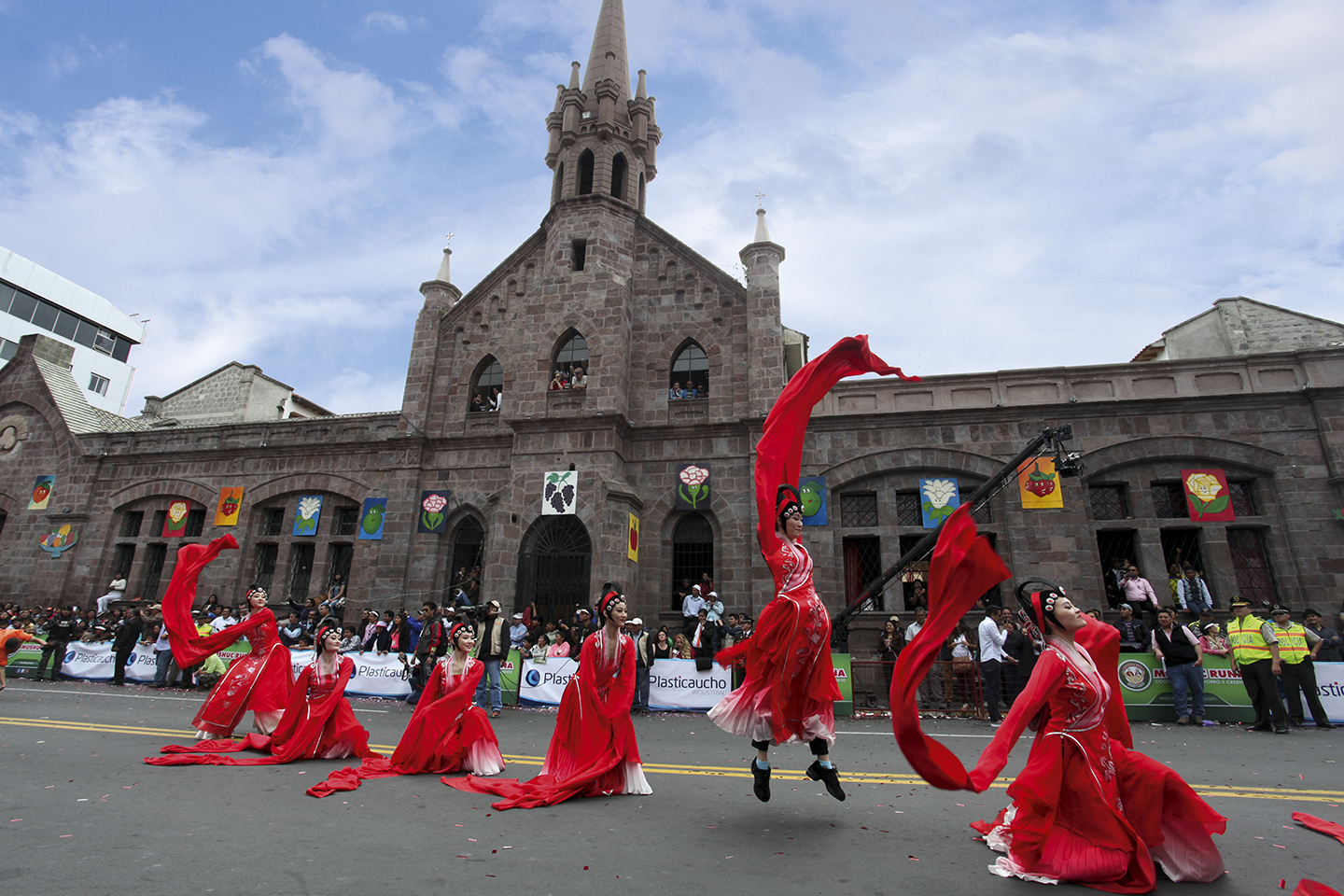 With so much to do, there is no doubt that Ambato is one of the best options in the country for the carnival holiday. We do recommend that you book a hotel in advance, as the large numbers of national and international tourists very quickly saturate the availability of accommodations. 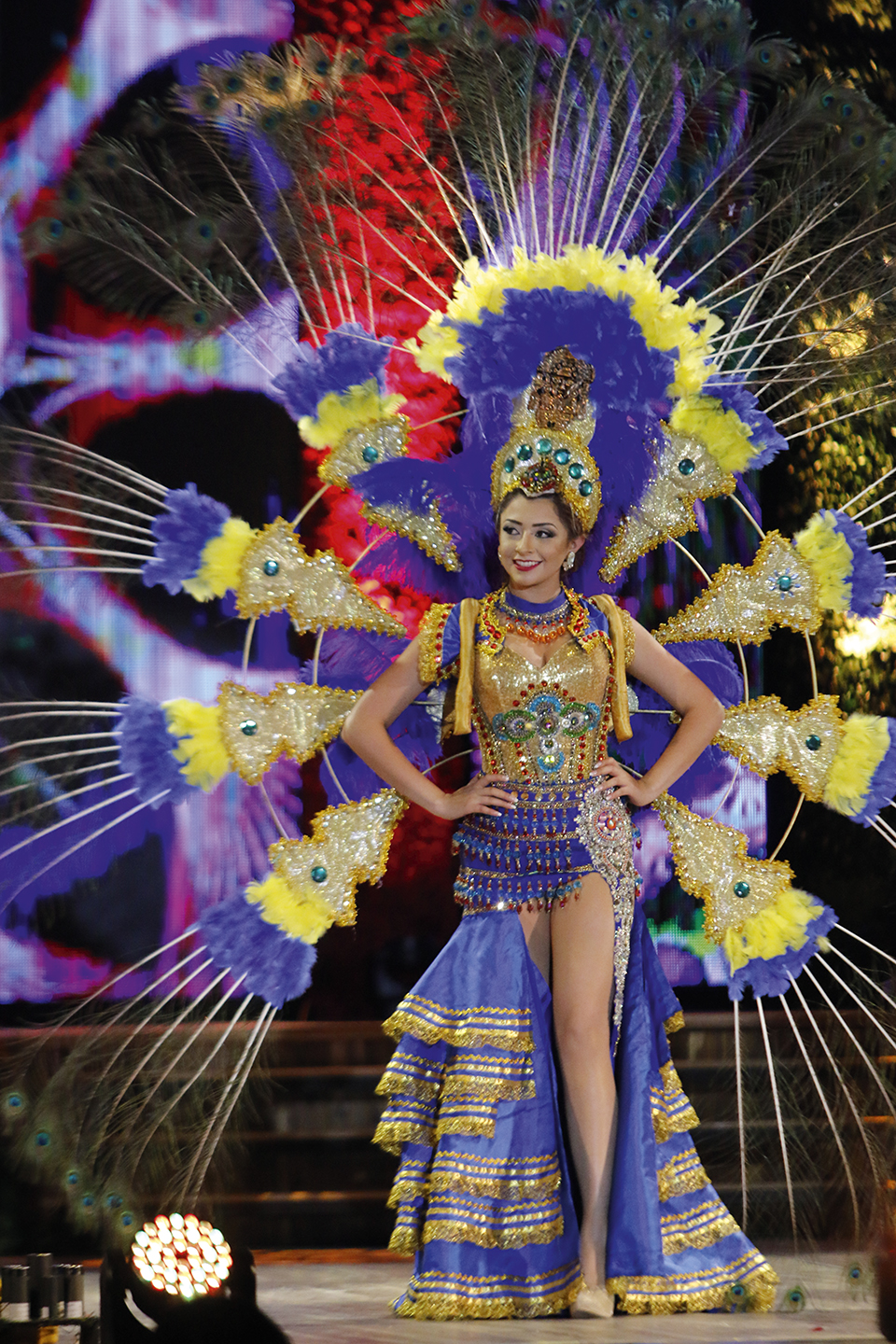