It is said that teachings that persist in the mind of humans are those that are learned by interacting with their environment. And so, this is the reason why a museum like this one makes the history of Guayaquil remain in the memory of those who visit it. 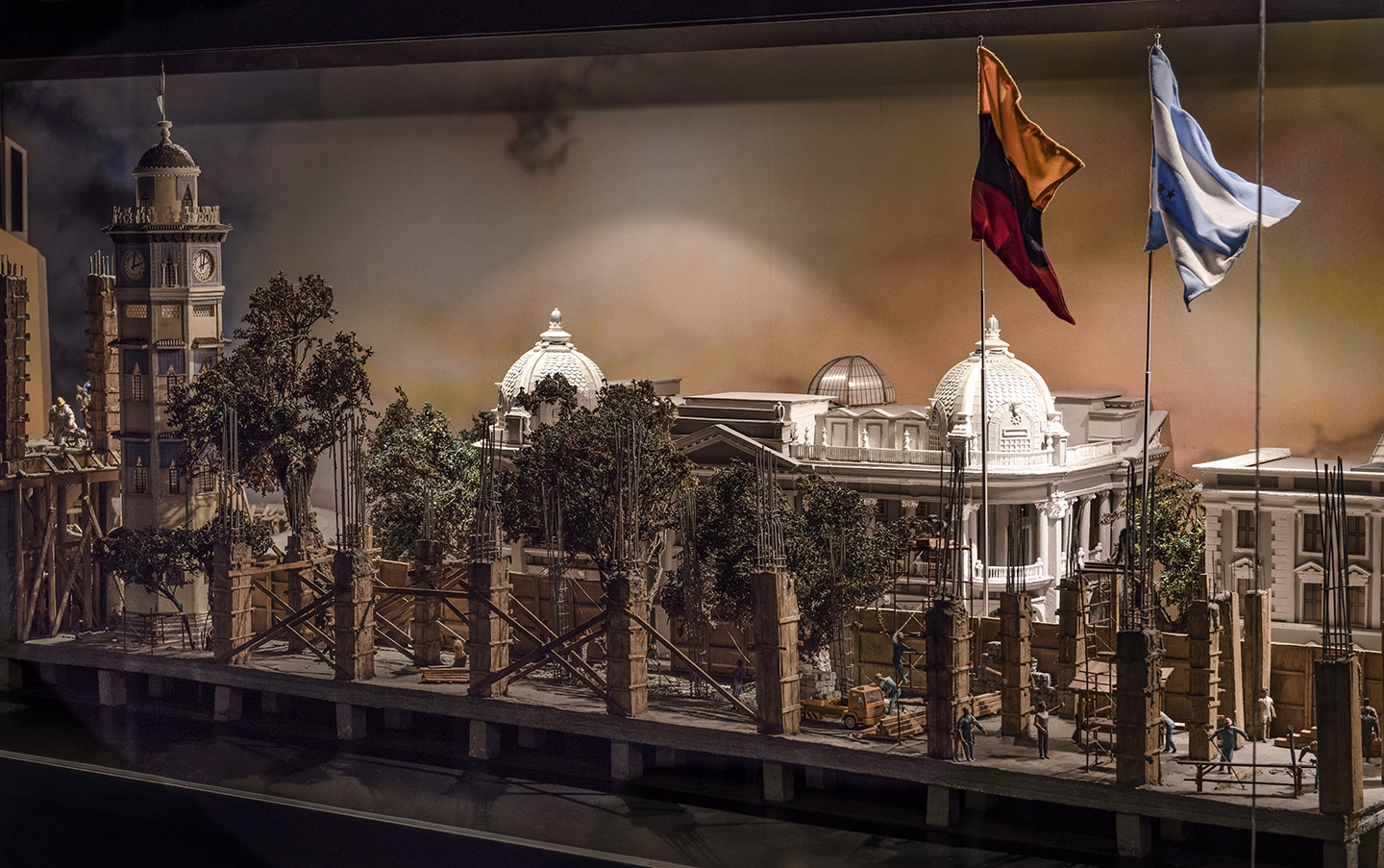 It is the Miniature Museum “Guayaquil in History”, inaugurated on October 26, 2006 by the Municipality in conjunction with the Malecon 2000 Foundation and the support of private enterprises, for the joy of locals and visitors from all around the world. 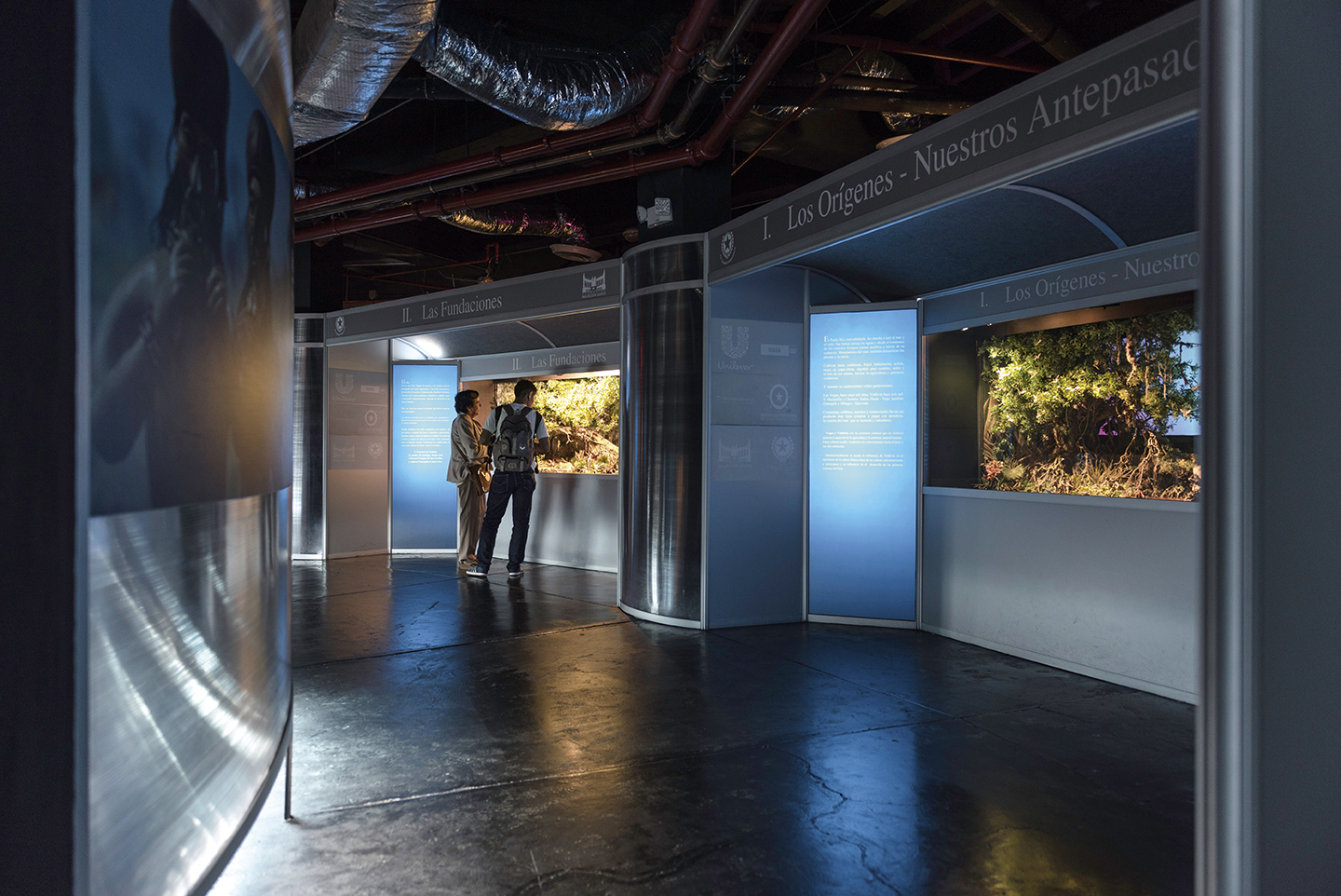 This museum differs from many others because its main characteristic is that it is made of miniatures. Small statues capture the timely growth and evolution of Guayaquil, from its beginnings until it becomes the city that it is today, through fifteen different and very elaborated scenes (dioramas).

These dioramas are unique in the world. They combine the art of miniature creations with the cinematographic effects that allow visualizing scenes with depth of field. It contains human figures in the foreground of up to 25cm and utensils that are 4cm high.

Each station is identified with a name and relates the challenges that the Pearl of the Pacific -as Guayaquil is also known-, encountered through time. Its beginnings, the struggles against natives, then the looting of pirates, plagues, revolutions, and even the great fire in the early twentieth century when the city almost disappeared. These are the dioramas that will tell you the history of Guayaquil:

Origins of our ancestors: the birth of the city, back in the years 6,000 to 3,500 before the current period. Here you can see the jungle that existed along the Guayas River and learn about the lifestyle of natives. 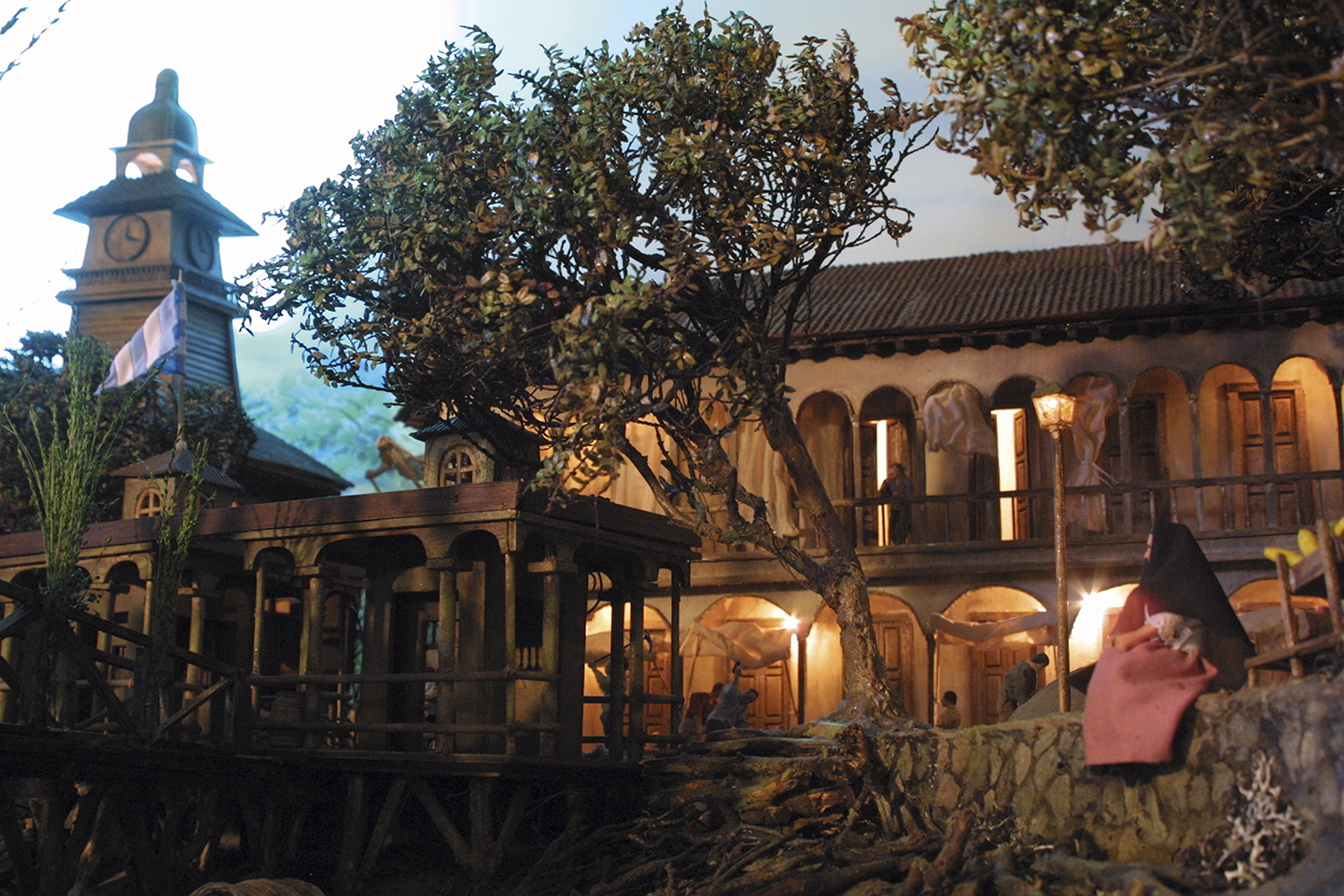 Foundations: begins with the attack of the natives that lived in the area, runs through all the foundations that the city had, and ends with the final and definitive foundation of Santiago de Guayaquil in 1537.

Pacific Shipyard: in this section we encounter Guayaquil as the first naval shipyard of the Pacific Ocean, as the city was known from 1547 to 1741. 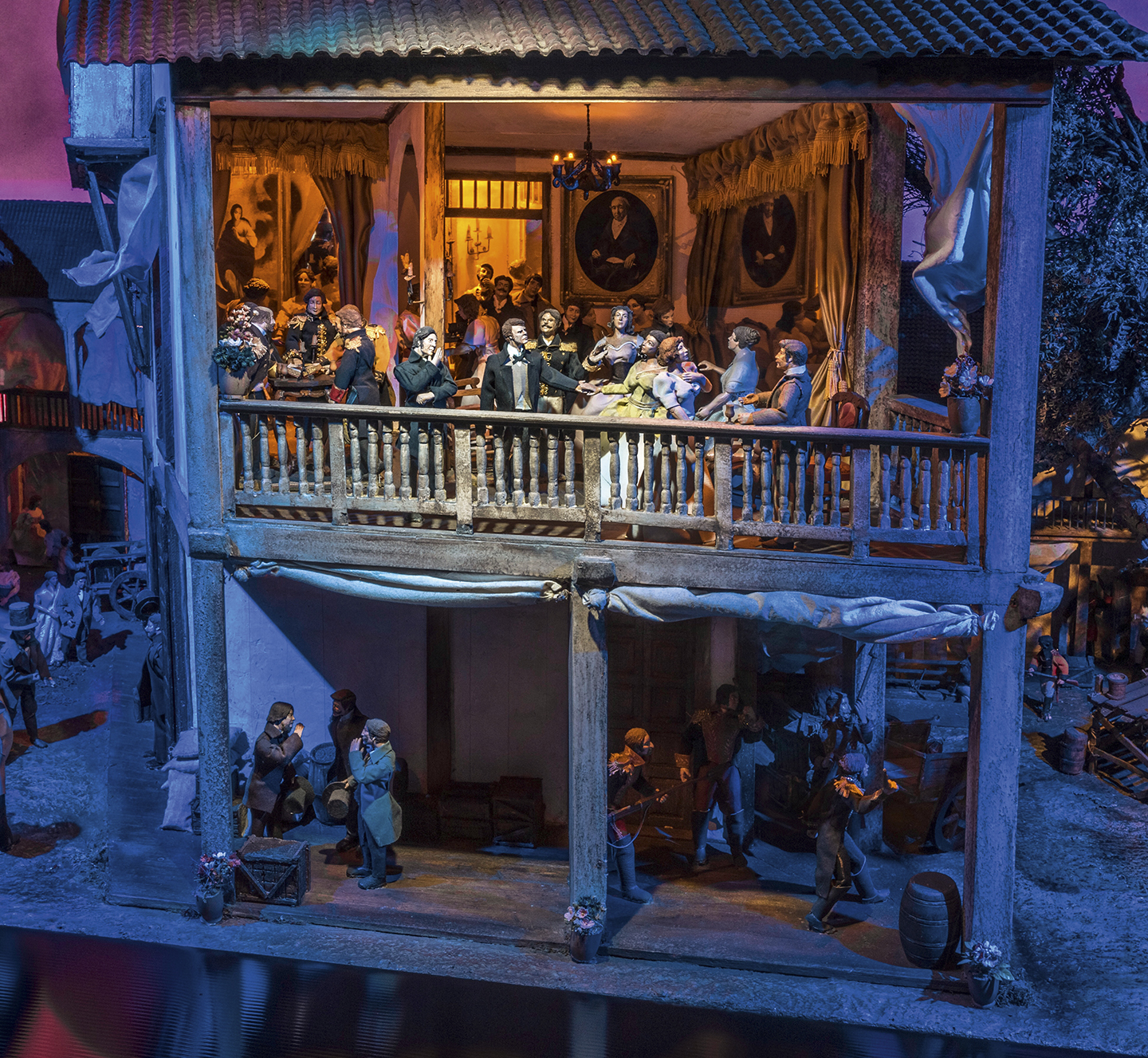 Old town and new town: a tour through the period from 1730 to 1769, when the so-called Old Town was literally moved from one place to another, through swamps and bridges to a safer place, in the foothills of what we now know as Cerro Santa Ana.

The Glorious Aurora: represents the denominated Vulcan forges, in which the Independence of Guayaquil was planned.

Guayaquil for the Homeland: shows the contribution of men, weapons and supplies given by the Independent Republic of Guayaquil as support to secure the defeats in battles prior to Quito’s independence. 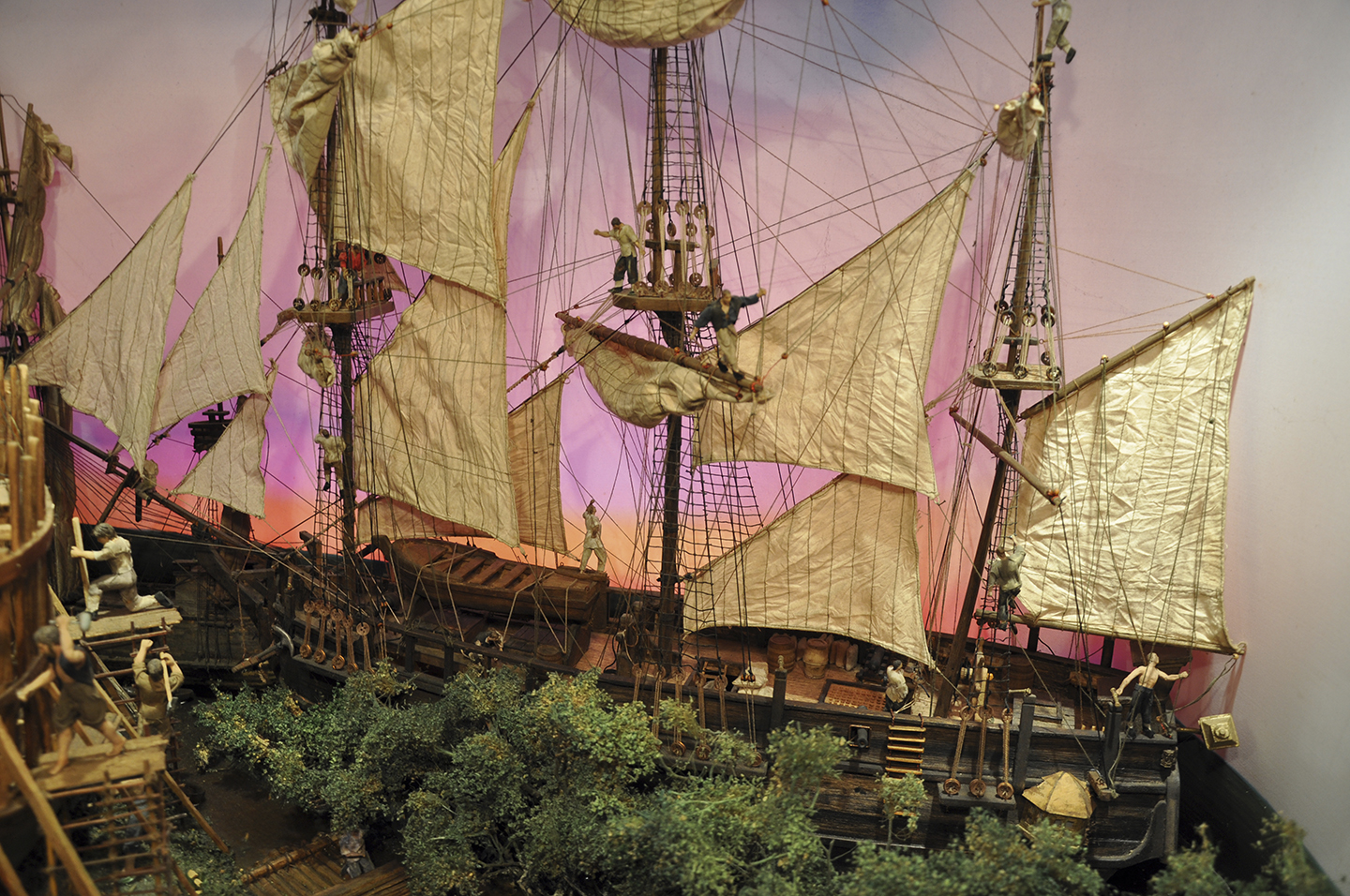 The Republic of Ecuador: recreates the agreement between liberators Bolivar and San Martin to liberate the city.

The March Revolution: the overthrow of President Juan José Flores after his decision to perpetuate himself in the presidency.

Times of prosperity: the bonanza of commerce and cocoa in Guayaquil, and marvelous lifestyles of people at that time.

Great fire of Guayaquil: in the early twentieth century the city suffered one of the most devastating fires that destroyed almost all buildings in the city, which at that time were built of cane and wood.

20th Century: modern times are recreated and the growth of Guayaquil is appreciated.

Guayaquil Lives for You: in this scene the museum covers the great urban works of today, like the Malecón 2000.

More City: new buildings such as the airport, the bus terminal and many more stand out.

White March: the tour ends with the representation of a demonstration carried out by the citizens to demand security in the city.

No guide is required for this visit to the museum as each station has audio devices that tell the story in Spanish or English, accompanied by a set of lights that illuminate each scene as the recording progresses. The tour lasts approximately 45 minutes. 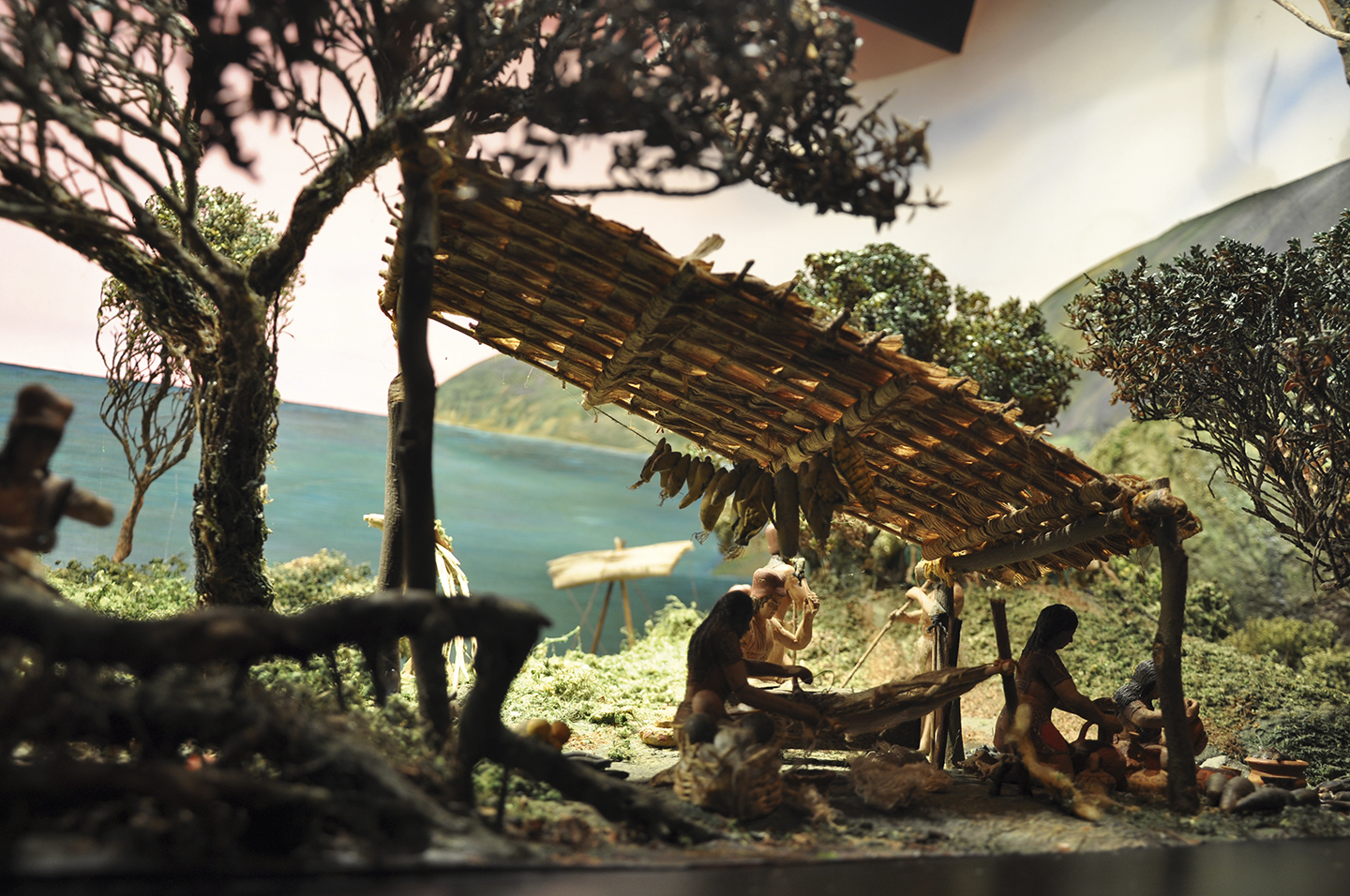 About the author of the miniatures

The work done by the sculptor Edgar Cevallos Rosales offers a world of fantasy that exposes an ancestral and historical reality. It took Edgar six years to create the small sculptures, of which he made prototypes in different sizes and articulated them with inner wires to give movement to each one.

For the figures, Edgar used mustang putty, oil painting, fabrics, leathers and chamois. A rigorous investigation of Guayaquil´s architecture throughout history was made in order to design the scenography. Art, craft and research capture the history of the city in this wonderful museum. 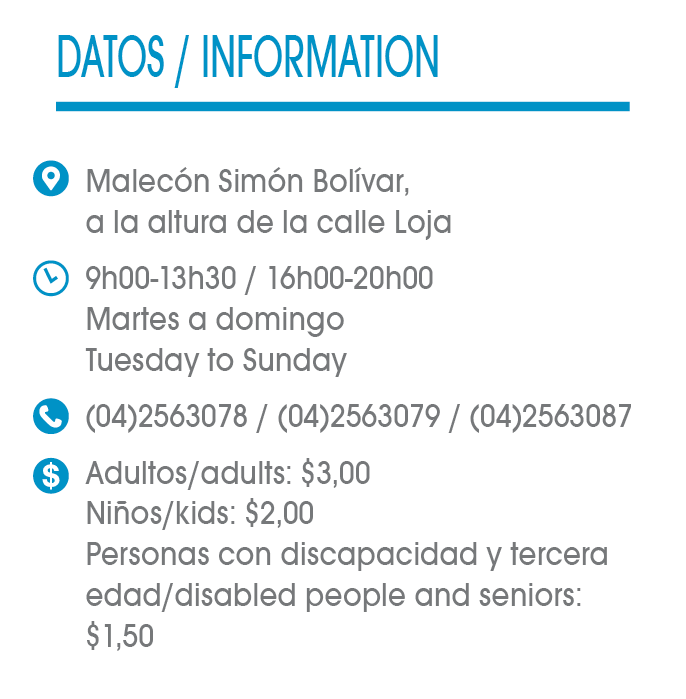