The Saint Barbara Church is one of the key sites in Quito´s most symbolic street in its colonial downtown. Its spires look towards Panecillo hill, while the church itself sits at the foot of San Juan ridge. It´s a place where the enchantment of plain every day events mixes with the mysteries of religion and history. 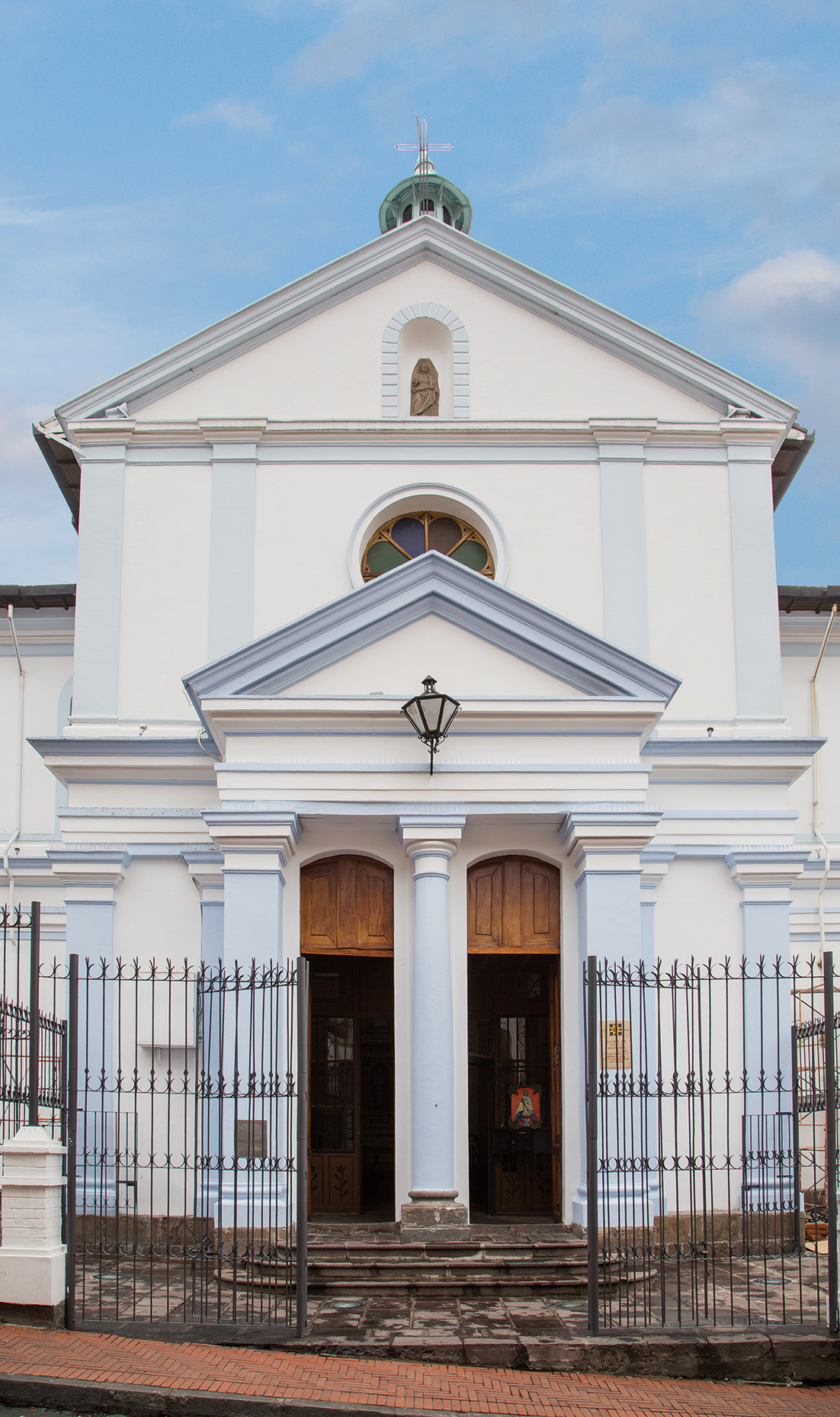 Saint Barbara is the starting point for a history tour down García Moreno Street, known in colonial times at the Street of the Seven Crosses. Here, Franciscan, Jesuit and Dominican priests settled to perform their mission to overcome “indigenous paganism”. They erected Catholic temples along a road built by the Inca kingdom. This road joined the sacred Yavirac or Panecillo hill, where the sun temple sat, with the Huanacauri or San Juan ridge, home to the moon temple. That´s the reason why, along this street, there still stand six great crosses that belong to the same number of churches, plus a seventh from an old Jesuit retirement home. 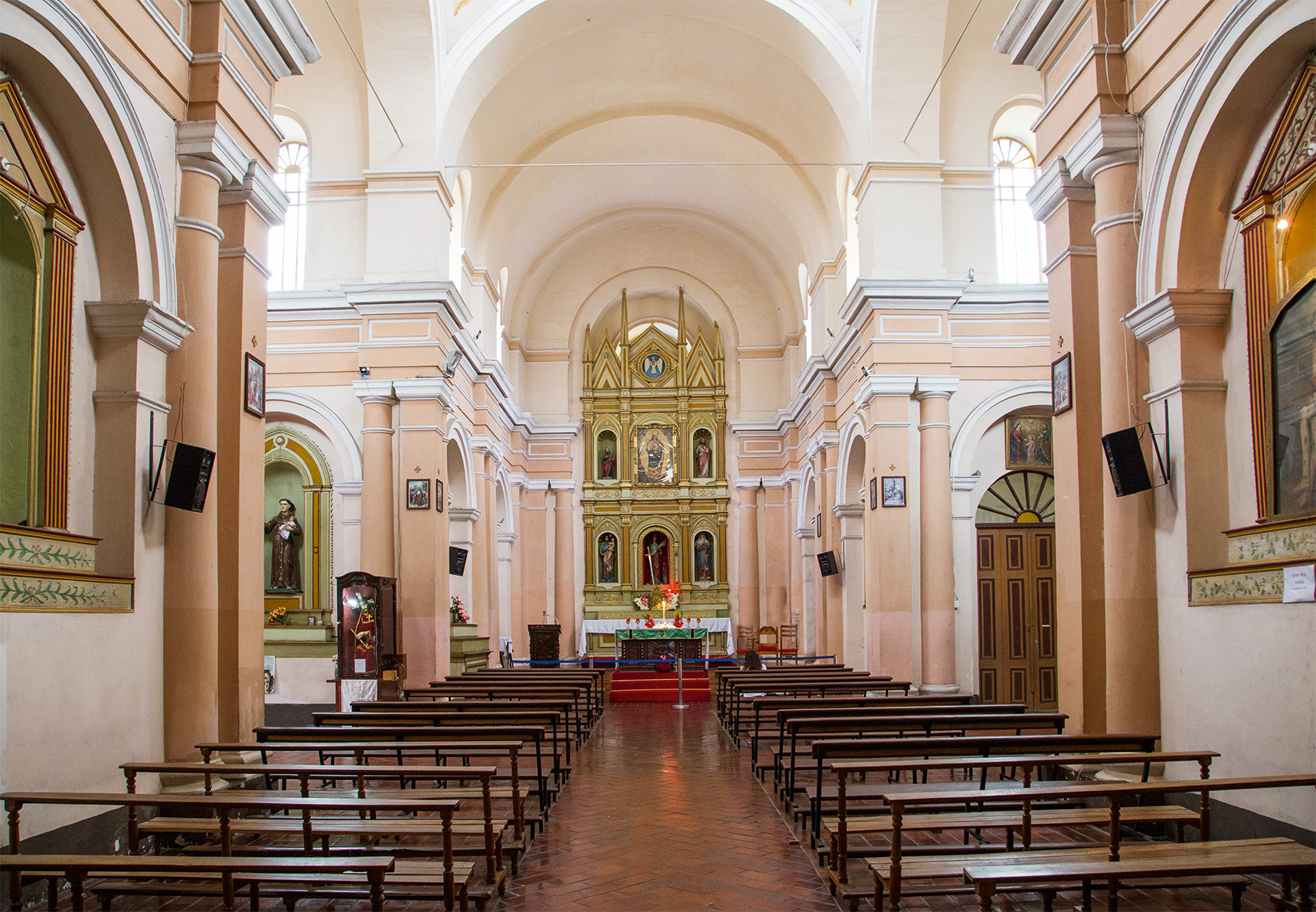 This sanctuary, dedicated to Saint Barbara, was built around 1550. According to historian Andrade Marín, the name given to this parish was due to the devotion felt by its first inhabitants towards their patron saint for their struggle against infidel barbarians. Only the foundations remain of the original temple because the structure collapsed during an earthquake. The neo-Classical style of the current church is the work of architect Juan Pablo Sanz, who rebuilt it in 1892. Once again, in 1987, an earthquake damaged the building so it had to be restored once more. 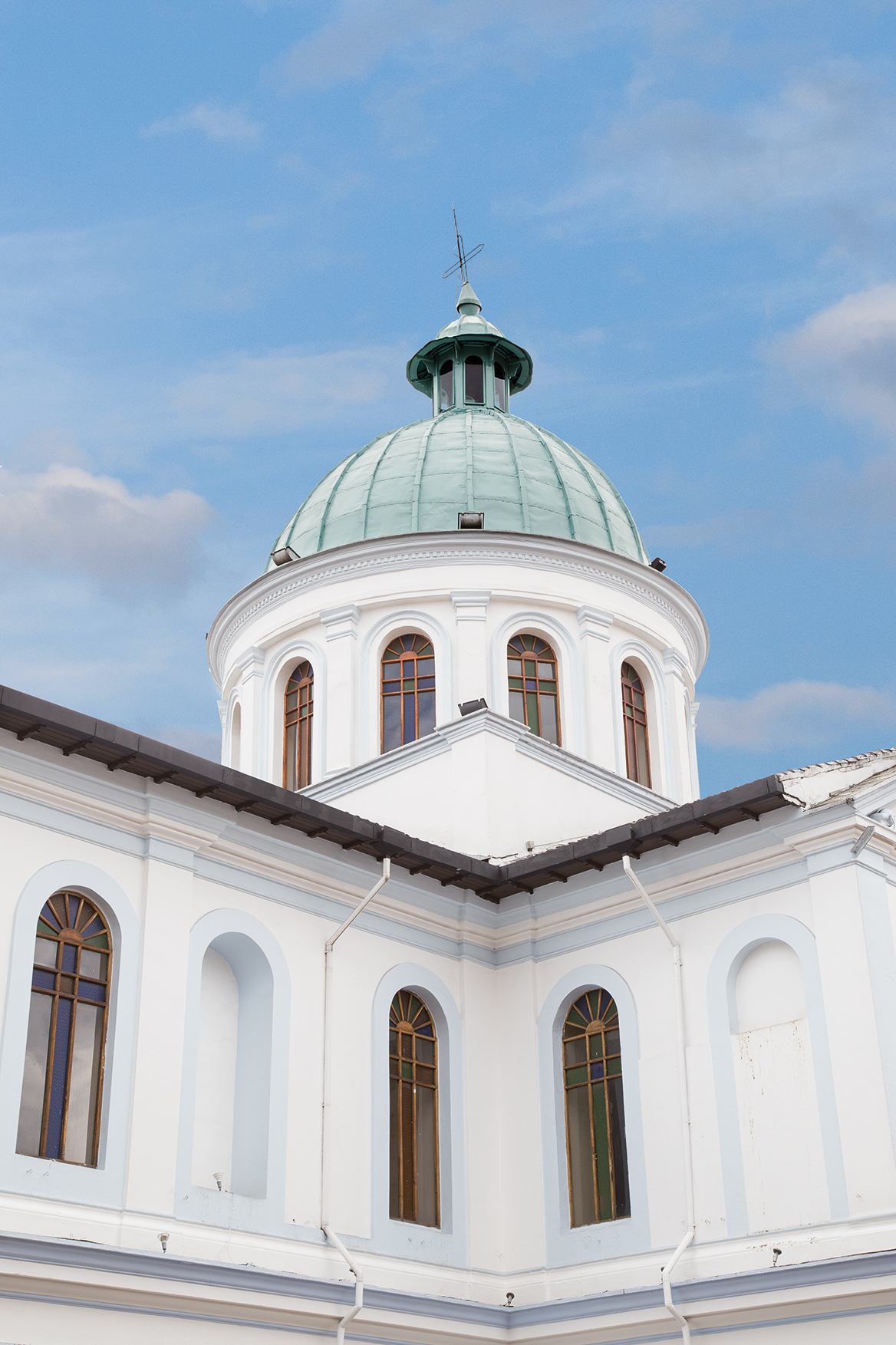 White and light blue color the facade. Among the more noticeable architectural features are the domes covered in iron and zinc, and the two bell towers that daily welcome the midday hour and remind the faithful that it´s time to attend mass. In its small square, there is stone water fountain with a bronze spout. The stone cross that stands beside it, a replica of the original, marks the beginning of the Street of the Seven Crosses. At night, the lamps highlight the shapes and volumes of this charming building. 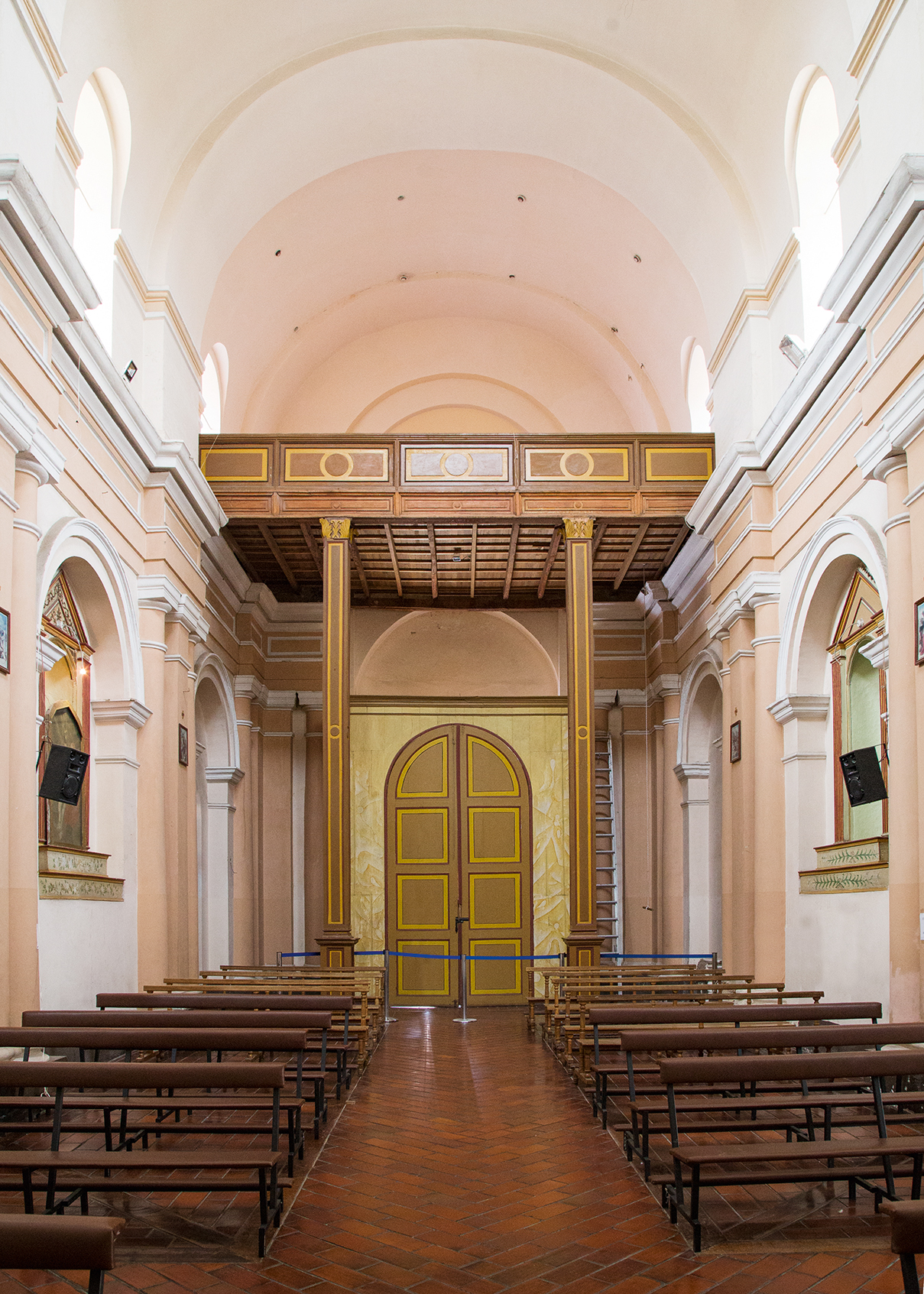 The wooden doors open into a plain and serious interior space, a striking contrast with the external edifice. The altars, as well as the altarpieces painted in pastel colors, are adorned with delicate floral designs and wood covered with gold leaf. Unlike other more opulent churches in the colonial downtown, this temple is markedly plain and humble. Few painting or sculptures are stored here. The oldest are a painting of the Virgin of the Rosary and a wooden bust of Saint Francis of Borja. This space is sought by seniors, neighbors and visitors for its peace, calm and security.

THE FEAST OF SAINT BARBARA

The most important event of the year is the Feast of Saint Barbara held on December 4th. It´s a celebration held by the firemen of Quito, who venerate her as their patron saint, protector against lightning, fire and sudden death. That´s the origin of the popular saying, “Saint Barbara maiden, spare us a spark.” 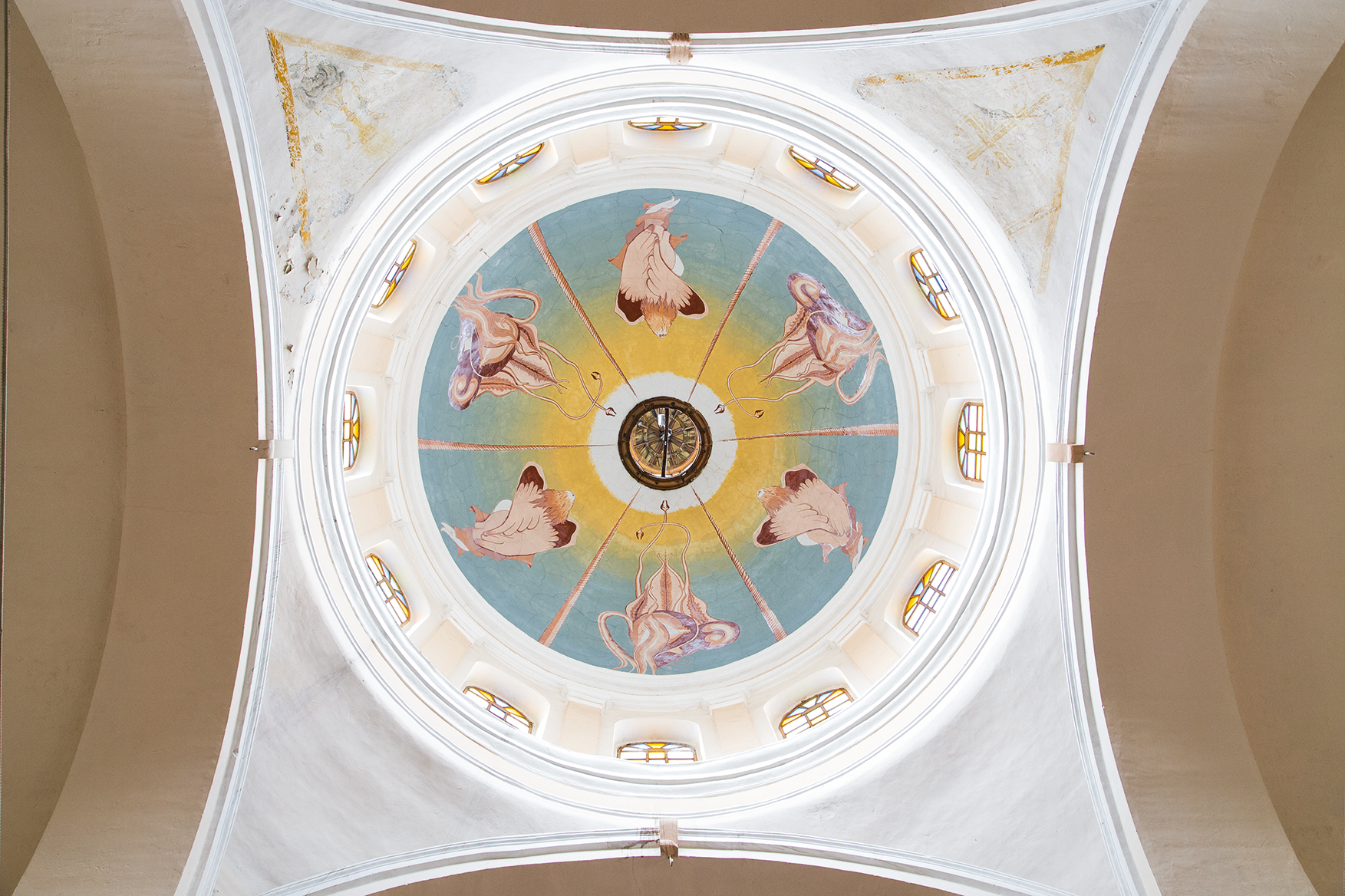 On this day, a special mass is held and offerings are presented to Saint Barbara. She is dressed with a red cloak, an olive branch, a goblet with the blood of Christ, a crown and a sword, the latter donated by the Quito Fire Department.

Saint Barbara also participates in the festivities of Easter Week, the only time of the year it is open at nighttime. The church is one of the stops in religious tours, such as the “Seven Monuments Tour” that begins at 6:00 p.m. and ends at 8:00 p.m. 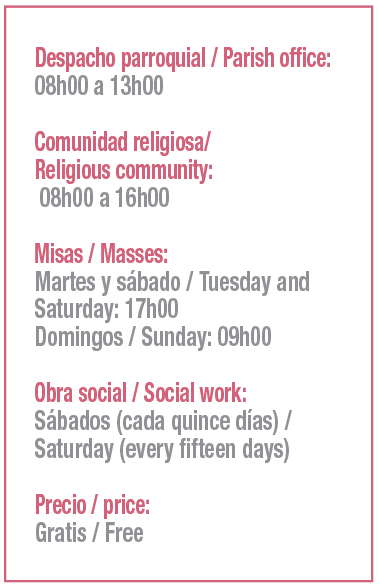 The Sisters of Saint Barbara keep up and seek to improve this temple. They wish to launch new cultural and religious programs. They insist, however, that their main purpose shall always be to succor the poor and the destitute. Saint Barbara is a church for prayer and meditation but, above all, a place to help those most in need.