A new kind of tourism

When getting ready to shoot a film, choosing the right location for a story to unravel is an art. Locations have the ability to become characters themselves, and have the power to turn what may seem to be a simple narrative into an outstanding cinematographic masterpiece.

With a rising film industry, incredible new infrastructure and an array of natural beauty to offer, Ecuador is quickly becoming one of the most desirable locations in South America for filmmakers and producers.

It’s a critical time for Ecuadorian cinema. With over 12 films expected to release this year, and two already selected to premiere in international film festivals, the rise of local film industry is unprecedented in the country’s history. As we grow, we hope to invite foreign productions to film in the country, an effort that will help boost the local economy and reputation, and continue to flourish the Ecuadorian film landscape.

There are a number of reasons to help elaborate on why Ecuador is a desirable location for both local and foreign productions. 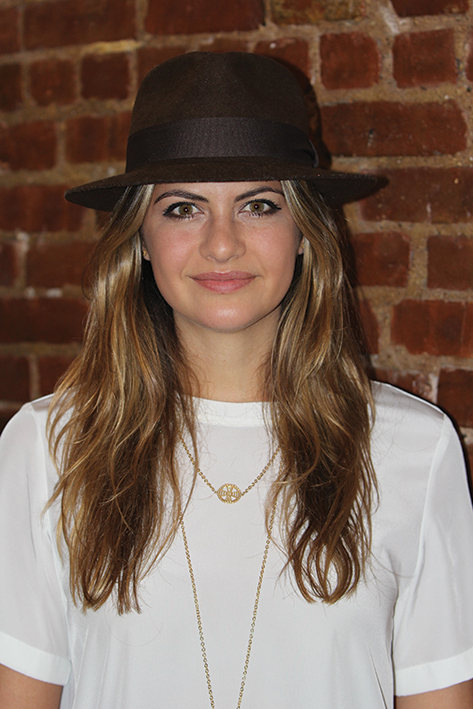 On February 3, 2006 the National Council for Cinematography (CNCine) was created, and the fund it manages is the Fondo de Fomento Cinematografico (FCC). This institution is focused on supporting the Ecuadorian film industry, offering available funds for pre-production, production, post-production and distribution of Ecuadorian and Ecuador related films.

The existence of the CNCine and FFC is a consequence of the accomplishment and organized efforts by filmmakers that were able to achieve box office success in a time when there were no economic incentives available to them by the government. Such was the case of the film “Ratas, Ratones, Rateros” by Director Sebastian Cordero.

From the traditional one or two films made in the country over a decade ago, in 2015 the FCC disbursed $1,646,338 among 67 selected projects in the two application rounds held last year. These additional funds allowed first time filmmakers to get their projects off the ground, and with it create and emerging group of professionals in the audiovisual field in the country.

Learning and conversation platforms like the EDOC (Encuentros del Otro Cine) were game changers. The EDOC is a 15-year-old local documentary film festival that acts as a platform for education, networking, growth and support of the local cinema industry.

Last year, with the growing success of local films, CNCine launched the Ecuadorian Film Festival in New York (EFFNY), which took place in the Tribeca theaters, allowing Ecuadorian films that might not get a broad distribution to be seen by audiences living out of the country, like myself.

In 2014, “Feriado” film by Diego Araujo was selected for the Berlinale. This was a historic event for Ecuadorian cinema that even prompted President Rafael Correa to congratulate the film and publicly express the importance of investing in support of the film industry

This year – the film “Alba” directed by Ana Cristina Barragan, premiered in the International Film Festival of Rotterdam (IFFR), and won the Lions Film Award. “UIO” film by Micaela Rueda Araujo premiered in SXSW this March. These are unprecedented accomplishments in Ecuadorian Cinema that are slowly paving the way for new filmmakers and overall new opportunities, especially on the distribution sector.

Films like these have harnessed opportunities to collaborate with other countries as co-productions. Access to funds makes Ecuadorian productions desirable partners, and multiple countries working together guarantee exposure to a second or multiple markets, which translates into wider audiences.

There is no denying the extraordinary beauty that Ecuador has to offer. In very short distances, tourists have the ability to travel from the Andes mountains, descend to the rain forest, visit the incredible beaches along the Pacific coast, or head east towards the Amazon Jungle.

The Galapagos Islands are a treasure of their own, granting access to unhampered nature and diversity, both underwater and above. Many international productions, like the BBC and Nat Geo, have come to take advantage of the sea life, having captured astonishing footage of sharks, schools of fish, corals, giant manta-rays and more. 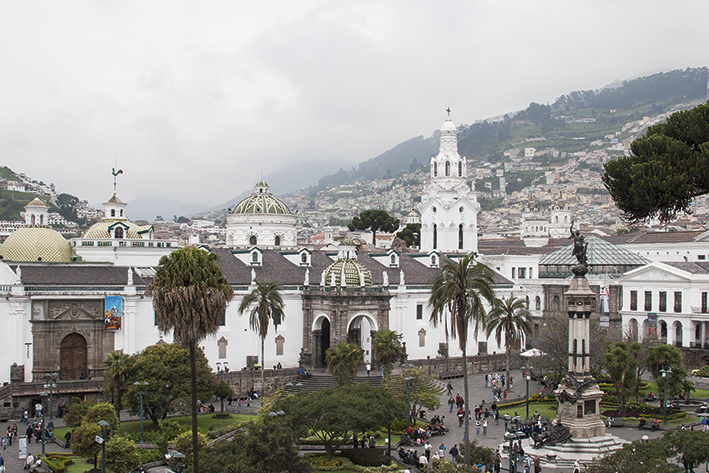 Beyond nature, the city of Quito, founded in the 16th century, was named the first UNESCO World Heritage, as it has the best-preserved historic center in Latin America. In a single street there is a concentration of seven iconic churches, monasteries, and convents that remain active, offering a glance at the past and a view of the present altogether. Other cities like Cuenca and Guayaquil have spectacular sites, both historic and modern to cater every need.

The tourism campaign All You Need Is Ecuador has helped place Ecuador’s beauty in the international radar, and with it the rise of tourism has favorably changed the environment.

Remote and city locations have lodging and restaurant options offering high quality standards, security, and convenience for the tourist. New highways and roads all over the country have made it easier to travel; making road-trip films and location shoots very easy to organize from a logistical standpoint. Ecuadorian food is also a very popular asset. The traditional cuisine celebrates whole ingredients and diverse protein sources, offering something for everyone. The larger cities promote amazing dinning possibilities from around the world and outstanding gourmet options.

With growing education programs, governmental support, and accessible technology, it’s certainly a different time from when Hollywood descended on Ecuadorian soil in 1999, to film “Proof of Life” starring Meg Ryan and Russel Crowe. That single occasion represents the largest investment of a foreign film production shot in Ecuador up to date, bringing with it a significant injection into the tourism economy. Moreover, the funds recovered turned into the resources that enabled the local producers to open Ocho y Medio, a cinema art house that has done wonders for cultural activities.

CNCine confirmed that it has started creating an Audiovisual and Cinematography Service Directory which will hold the contact information of directors, producers, tech specialists, actors, production and other service companies relevant to the industry, that are available in the country. They are also continuing the development of an extensive Locations Catalogue.

These are essential tools to increase production investment in the country. Currently, the CNCine already offers guidance to navigate the policies and logistics of shooting in the country, help with permitting, application to existing funds, and security. For this year we are expecting two large foreign productions from Brazil and Europe to be filmed in Ecuador. 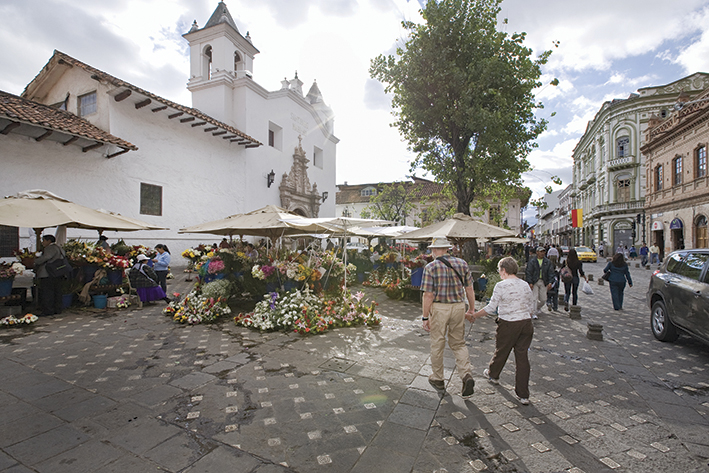 Ecuador is part of the Latin American Network of Film Commissions, which works as a support system to cross-promote Latin America as a film destination, and works on policies pertaining to cinema. The next logical step for CNCine is to develop a film commission, to determine possible financial incentives (public subsidies and tax rebates), and to help attract foreign films to shoot in the country. These are standard practices to invite large investments into the country as we have seen in the case of Colombia and Chile who have flourished from having set up this system.

Whether or not economic incentives will be available this year is still unknown. The current political situation poses a challenge to the nascent Ecuadorian film industry, due to extensive government expenditure cuts. Funds available to the CNCINE have been significantly reduced since January of this year, but there is a new project being discussed in the National Assembly known as the Law of Culture, which, if approved, would change the current infrastructure of cinema in the country.

Nevertheless we have already established a very strong audiovisual platform in the country, which, together with everything aforementioned, makes Ecuador a very desirable place to film.

As citizens it’s important to support cultural development in the country and welcome foreign productions with open arms. Support the industry by attending local films in the cinema, engage with works created in Ecuador, welcome our visitors, and help keep our tourists safe, is something we can all do.